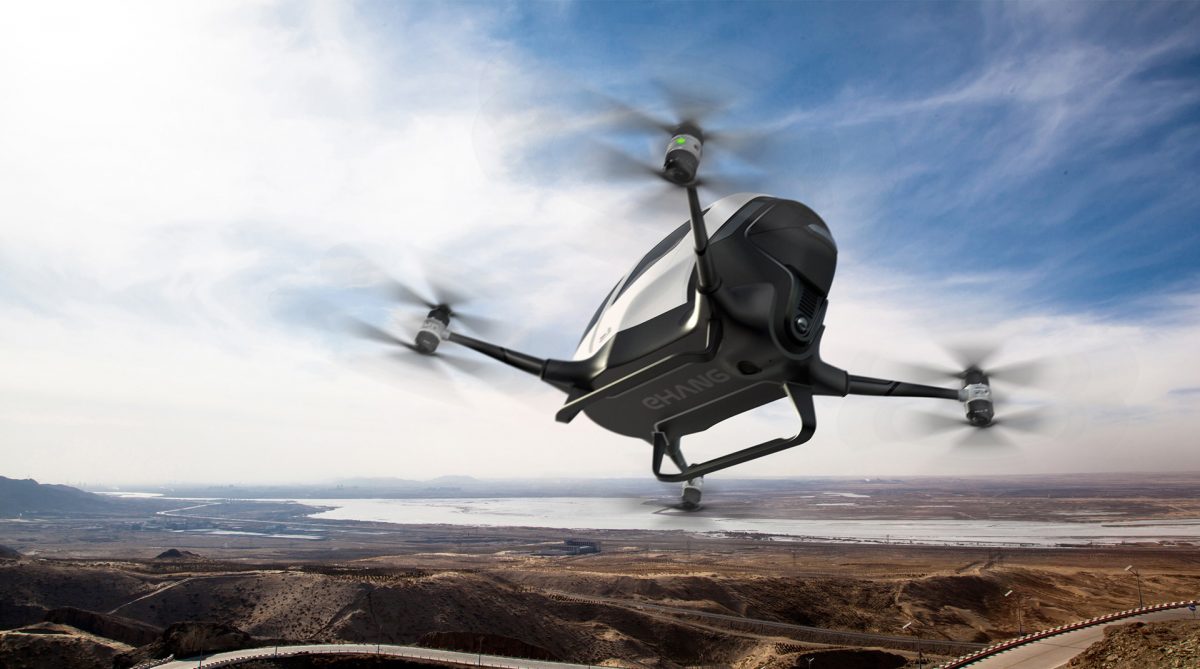 Let those dreams of a delivery drone dropping off a box at your front door (or your pool, if their aim is off) roughly an hour after you’ve ordered a product on Amazon fade away. That technology rumor is so 2015. The hot new trend in the aeronautical industry is a drone that can — at roughly the same speed limit on an American freeway — efficiently deliver the world’s most precious cargo…you. Created by Guangzhou, China-based company Ehang, the Ehang 184 Passenger Taxi Drone is a low altitude autonomous aerial vehicle reportedly now in the United States undergoing further testing that could be a potential game changer in the world of transportation.

This human-sized drone can sustain a single passenger as long as they weigh under 220 pounds, and Ehang promises a comfortable cabin environment and stable flight experience. If you’ve been to Dubai in the past year, you may have caught a glimpse of this aerial marvel gracefully navigating its way through a slalom course of skyscrapers on one of its 100 successful manned test flights. Aside from space-age convenience and an off the charts overall cool quotient, the drone was designed to fly and land safely, with engineers focusing on providing dynamic balance and wind resistance. Plus there’s room for a suitcase ( just in case wherever you fly yourself is worth staying the night).