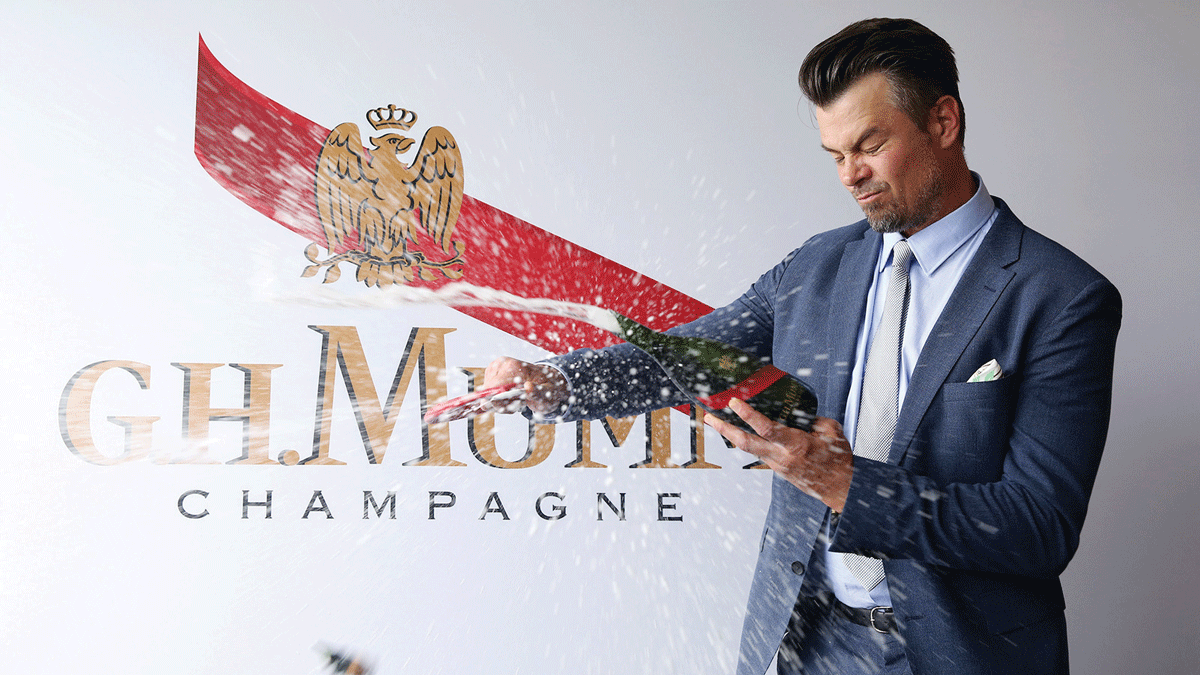 Beyond celebrating the sport of kings, the Melbourne Cup Carnival is the realm of old money, new billionaires, socialites and super athletes. Royalty and owners from across the globe, a virtual who’s who of heavyweights whose personal fortunes reach dizzying, astronomical heights, gather here for the race that stops a nation. Attendees like advertising titan John Singleton, whose $355 million personal wealth is dwarfed by Sheikh Mohammed bin Rashid Al Maktoum’s $4.5 billion, show that the Melbourne Cup Carnival is not merely for the rich, it’s for the super-rich. 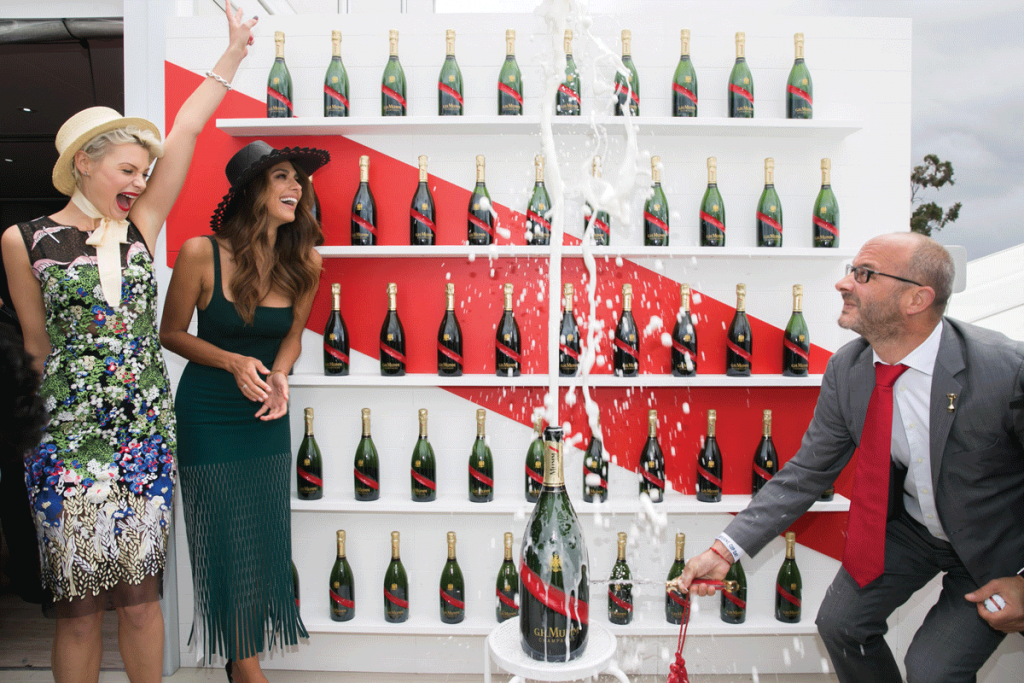 Held at the historic Victoria Racing Club in Flemington, the Melbourne Cup Carnival is one of several high-profile sporting events sponsored by Maison Mumm Champagne. Mumm has appointed Usain Bolt, the fastest man on the planet, to serve as the company’s Chief Entertainment Officer. In this role, the Olympian has been inspiring the world with his positive mindset by creating daring celebrations in the world of sport.

Bolt lit up the Mumm parties at the Melbourne Cup Carnival, spraying bubbly on a S59 Maritimo yacht, officially christened the “Mumm Grand Cordon.” It served as the visual heart of Mumm’s exclusive Yacht Club-themed marquee in the famed Birdcage at Flemington. The Mumm marquee was by far the most prestigious place to see and be seen; its sheer size within the Birdcage required it be placed first as the anchor installation with the aid of a 250-ton crane. 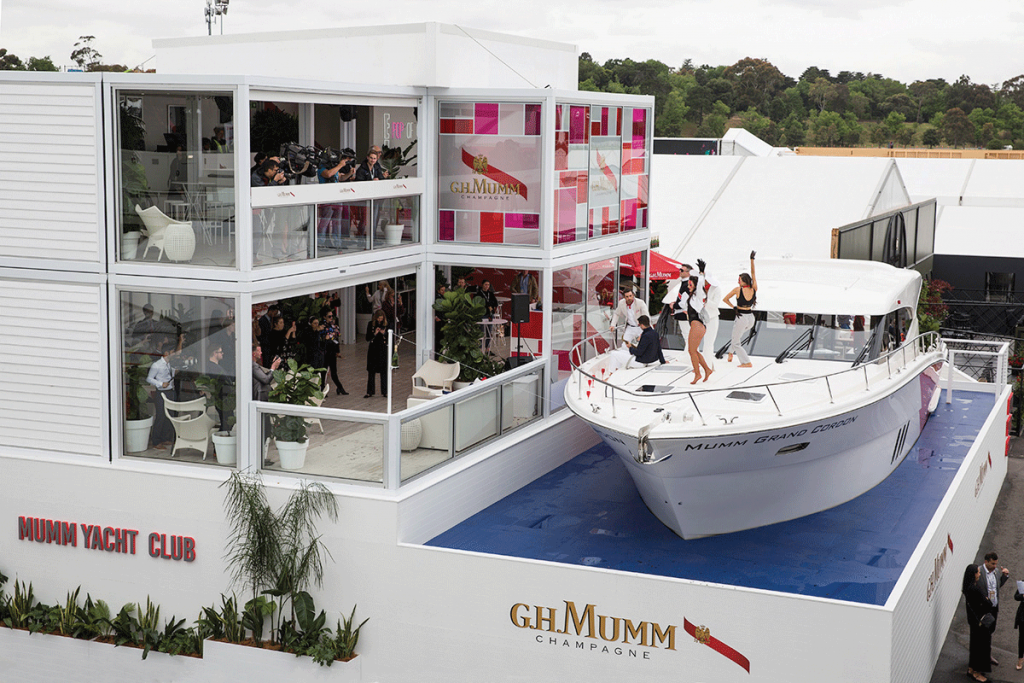 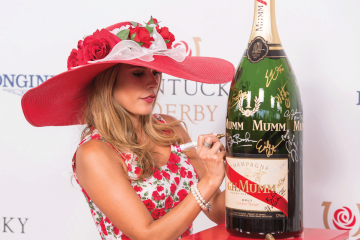 Across the globe in Morocco, Mumm sponsored another major sporting event, the FIA Formula E Championship. At this green E-Prix, actors Leonardo DiCaprio and Orlando Bloom joined other spectators in witnessing thrilling feats of all-electric racing in the fabled streets of Marrakesh. As Chair of Formula E’s Sustainability Committee, DiCaprio devoted much of his time to learning from reigning champ Lucas di Grassi. DiCaprio’s entrance into the series is a reboot of celebrity-backed racing teams, from the late Paul Newman to David Letterman, along with speed junkies Patrick Dempsey and Steve McQueen. Bloom celebrated his birthday at the lavish Amanjena resort, then picked up some tips from Richard Branson-backed Virgin Racing’s Sam Bird before hitting the track in a test car. 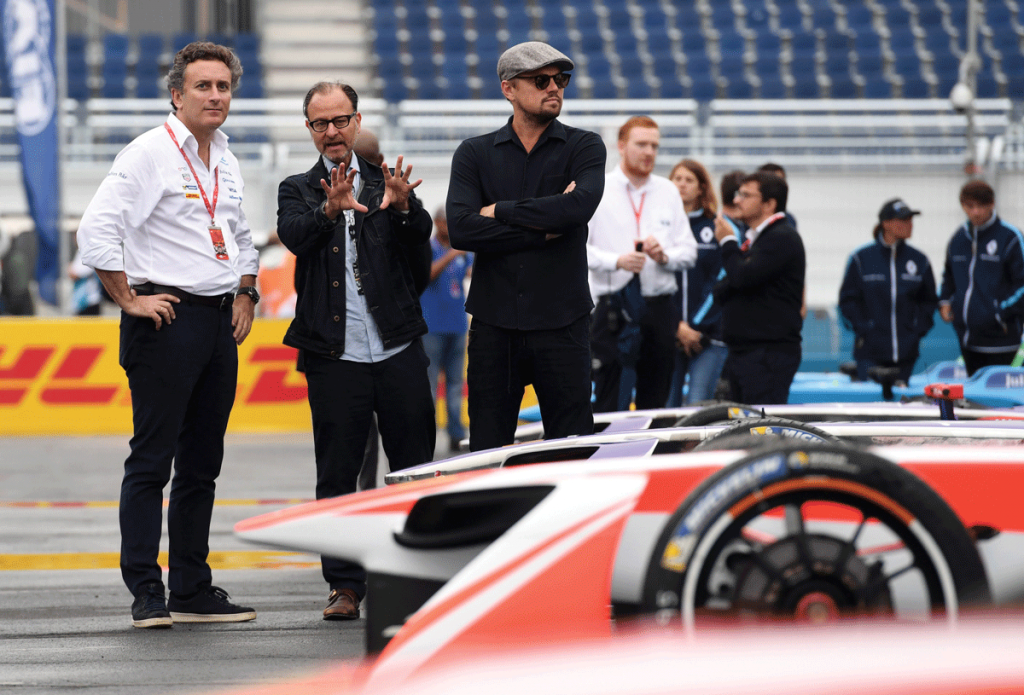 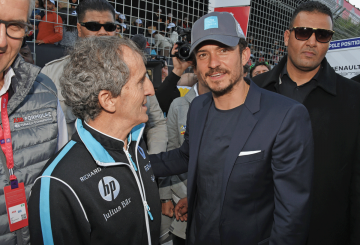 The key to unlocking the win at such world-class events? Drive, stamina and an owner’s dedication and delegation. In the new era that combines both ancient horsepower and next-generation electronic power, ownership of a sports team defines bragging rights. One of the most illustrious partnerships? The Venturi Formula E team that competed in the FIA Formula E Championship is a Monegasque racing team founded by none other than DiCaprio and businessman Gildo Pallanca Pastor. Bradley Cooper, Cuba Gooding Jr, Adrien Brody and Jamie King have all come out to support the momentum of the sport of the future. 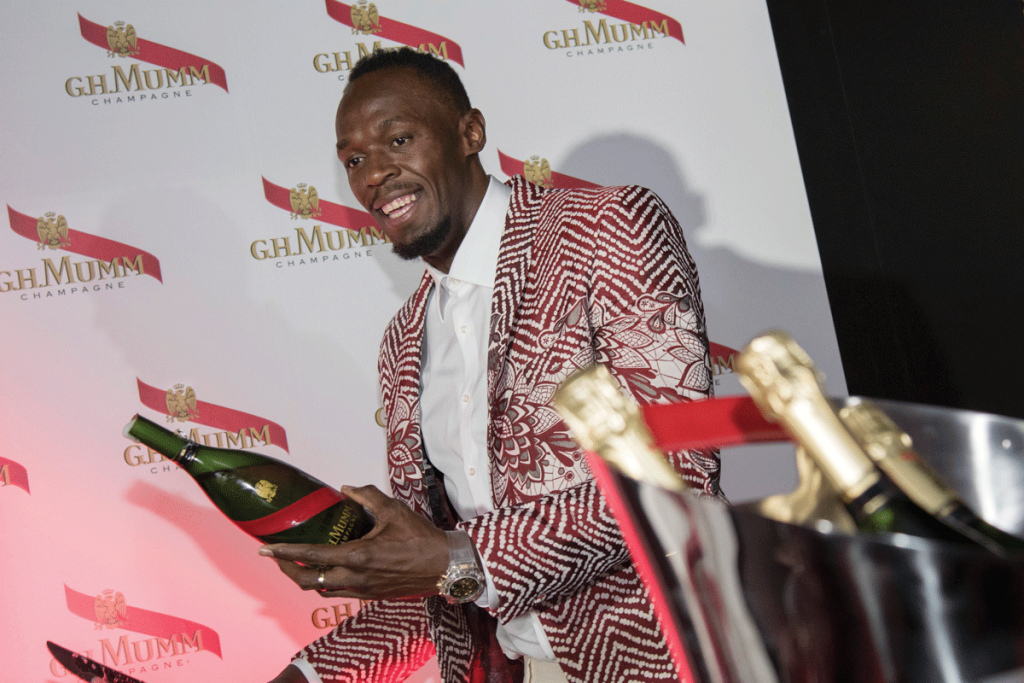 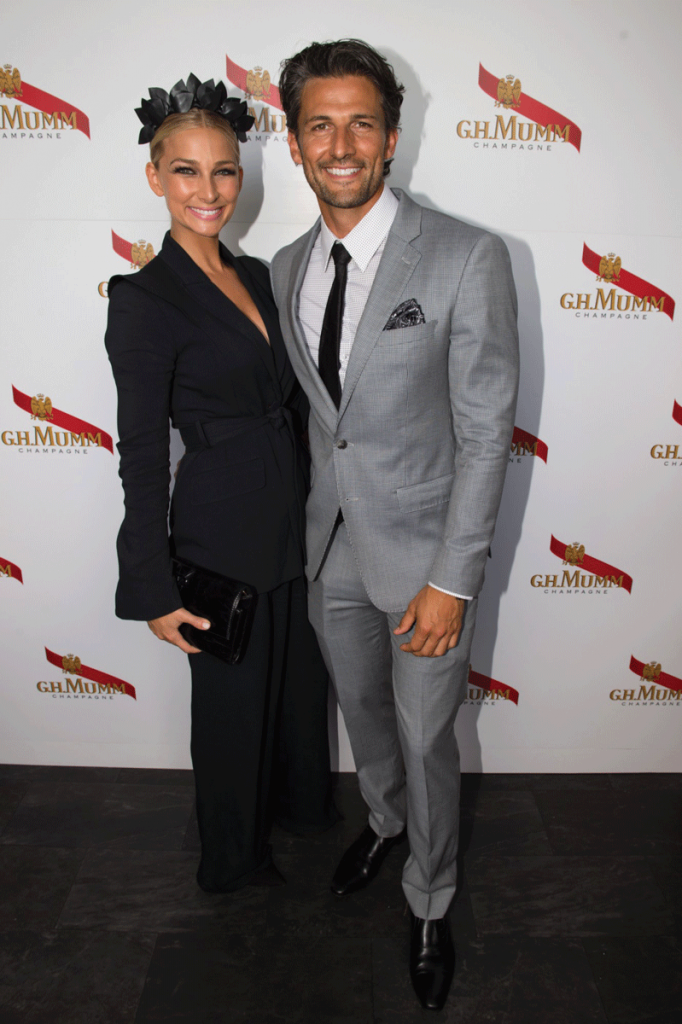 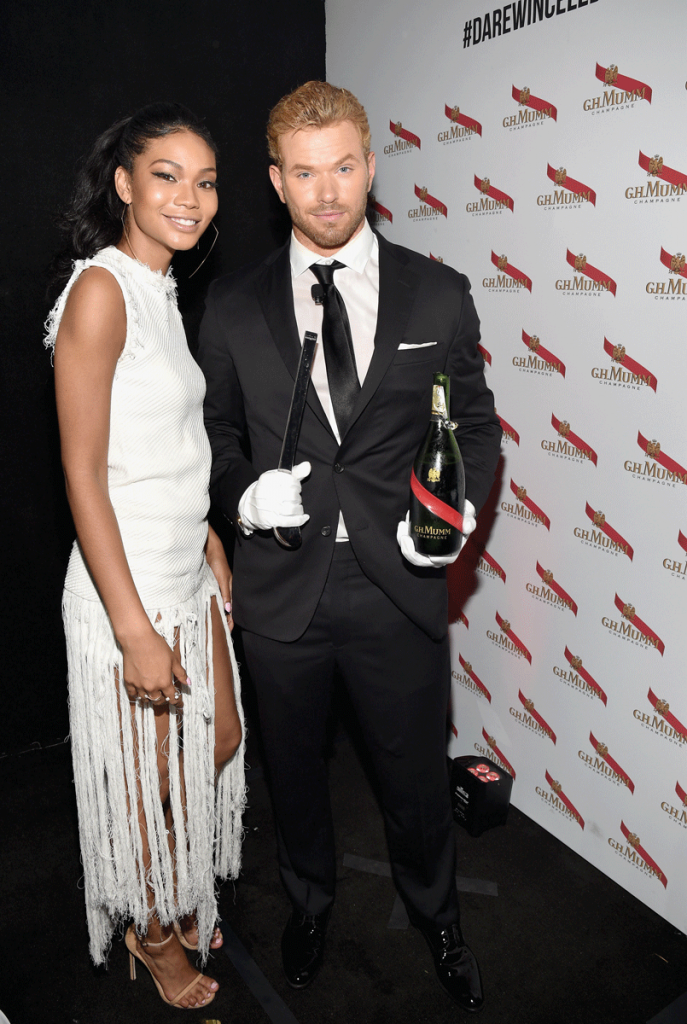 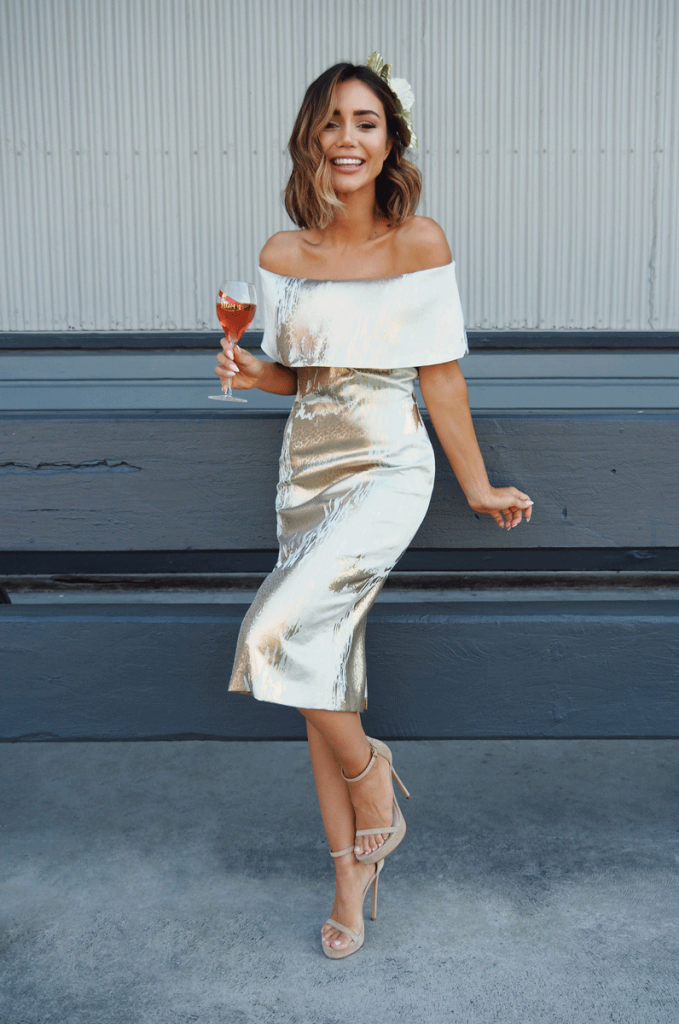 These two world-class events prove that no one deserves second best on race day, especially not avid lovers of champagne and luxury.