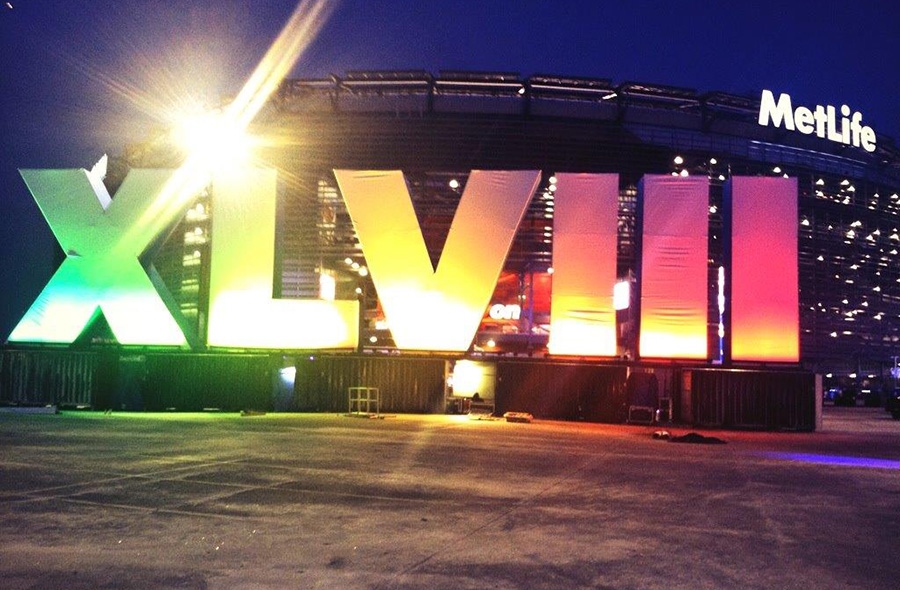 Super Bowl XLVIII will take place at the MetLife Stadium at the Meadowlands Sports Complex in East Rutherford, New Jersey.

Bruno Mars will play the Pepsi Super Bowl XLVIII halftime show. The Grammy Award winner scored his first five No. 1 singles faster than any male since Elvis Presley, according to Billboard.