The Deni Ute Muster: A One of a Kind Festival 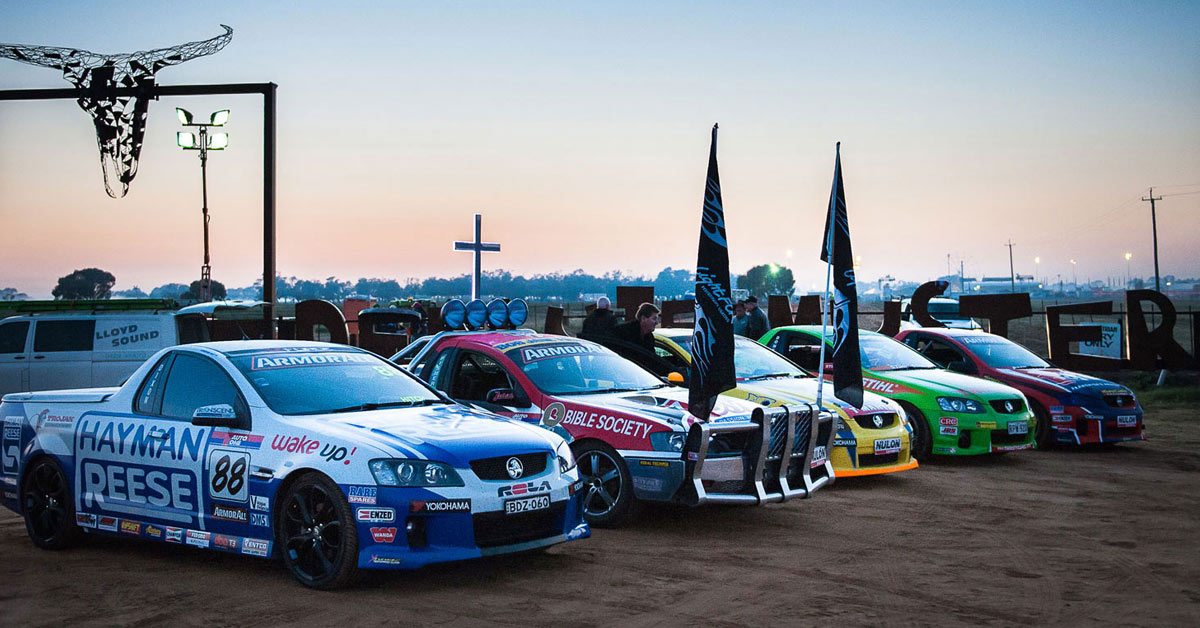 The prestigious Deni Ute Muster is approaching a big anniversary in 2020, celebrating 21 years of being one of Australia’s ultimate bucket list events. Epitomising all things Australian, from music and culture to rural life and – of course – utes, it’s a not-to-be-missed occasion for many and an unforgettable one at that. If you’ve yet to become one of the 20,000 visitors to the event each year, here’s everything you need to know about the famous festival on the edge of the outback.

How did the Deni Ute Muster begin? 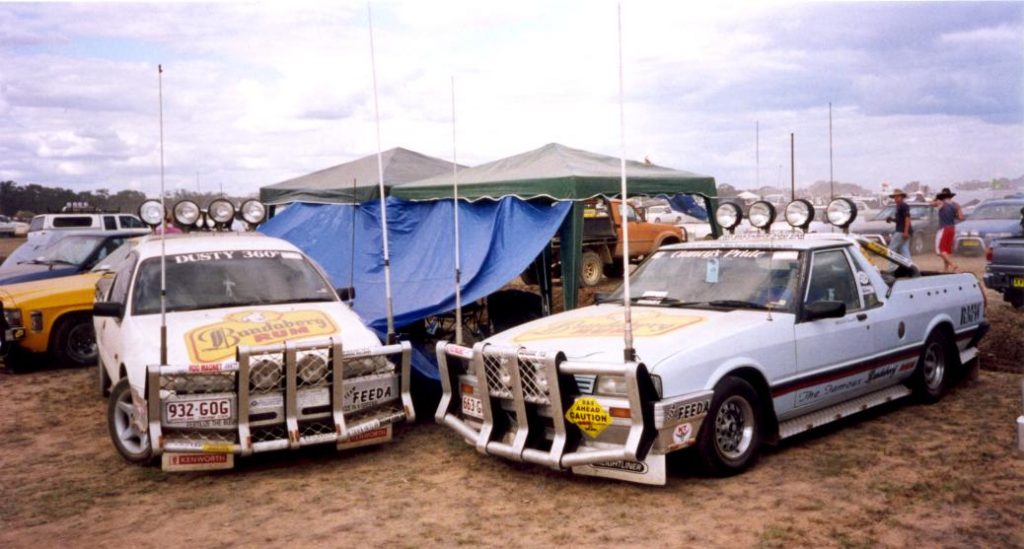 Back in 1999, the rural town of Deniliquin was suffering the effects of an awful drought, causing the town to rapidly lose its income. In a bid to bring more money to the town, the community came together to launch a festival that celebrated rural life, focusing on the two things that the area is known for – flat plains and utes. Fast forward to today and the festival is bigger and better than ever before. Deniliquin has become the ‘Ute Capital of the World’ and the success of the festival continues to put money back into the local community.

Pronounced “yoot”, a ute is shortened form of ‘utility vehicle’, where there is a tray behind the driver and passenger seats. Each year, the Deni Ute Muster releases a limited edition diamond sticker to commemorate the event – a different colour every year. However, strict rules dictate that the stickers can only be placed on a ute, not any other type of vehicle. Those with a keen eye can often spot utes with the original yellow sticker from 1999.

What entertainment is at the Deni Ute Muster? 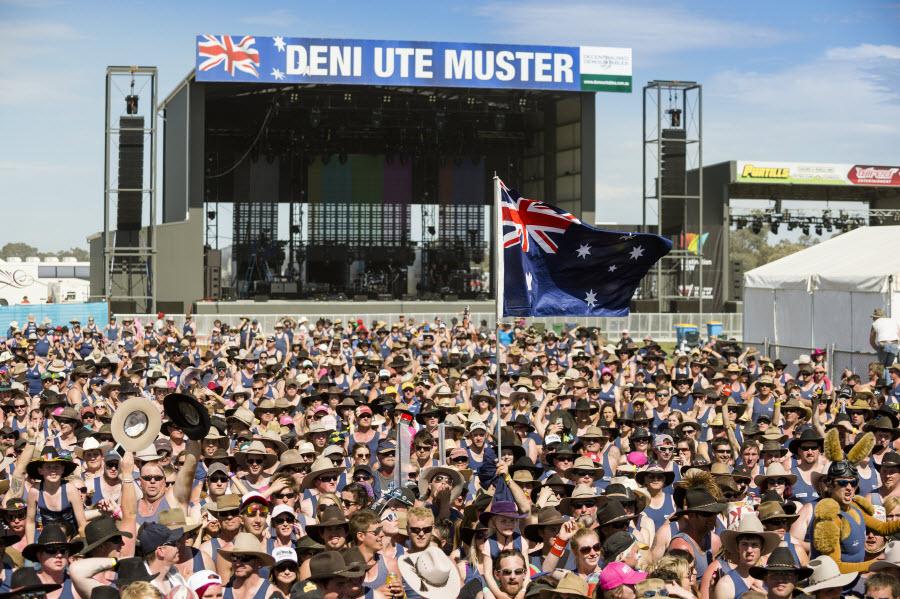 As well as ute driving competitions, festivalgoers can look forward to more than 24 hours of live rock and country music, including two nighttime concerts across the weekend. There are regular competitions, fun-filled carnival rides, plenty of free activities for kids and more than 80 trade and catering stands.

When does the Deni Ute Muster take place?

The event usually takes place on the first weekend of October each year – NSW Labour Day Weekend. 2020 will mark the festival’s 21st anniversary and will be held on the 2nd and 3rd of the month.

Where is the Deni Ute Muster held? 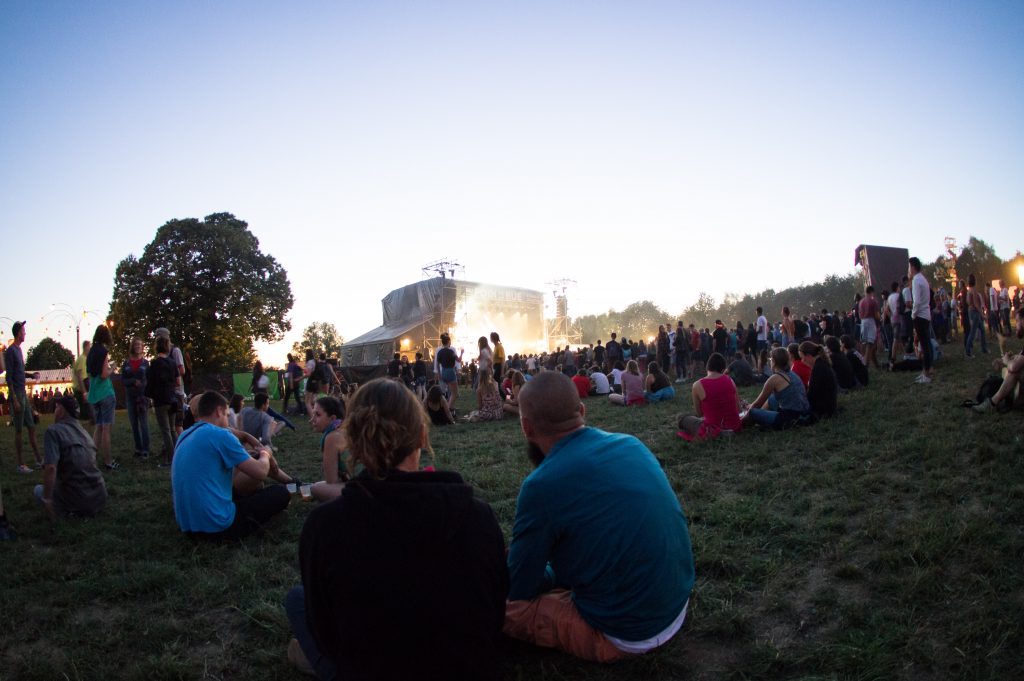 The Deni Ute Muster is held in the agricultural town of Deniliquin – ‘Deni’ for short. It’s in the southern Riverina region of New South Wales, but close to the border of Victoria, and is known for being situated on some of the flattest plains on the planet, after the Sahara Desert. The town lies 292km north of Melbourne and 711km southwest of Sydney.

What’s the best way to get to the Deni Ute Muster?

It’s possible to fly to Deniliquin, get the bus or even a night train. But, for an event such as the Deni Ute Muster, one of the best ways to get there is to embark on a road trip and make a real occasion of it. If you don’t have your own ute, you can always hire a car that’s capable of making the journey out to the wildest car party on the plains.

Where should you stay for the Deni Ute Muster?

Tickets to the Deni Ute Muster include camping for three nights in the price, so there’s no need to worry about finding accommodation in advance. If you don’t have your own camping equipment, Rent-a-Tent can be booked in addition to your ticket price, where you can choose your tent size and equipment, and also have it set up and packed away for you. Alternatively, you can find somewhere to stay in Deniliquin itself, just be sure to book well in advance. 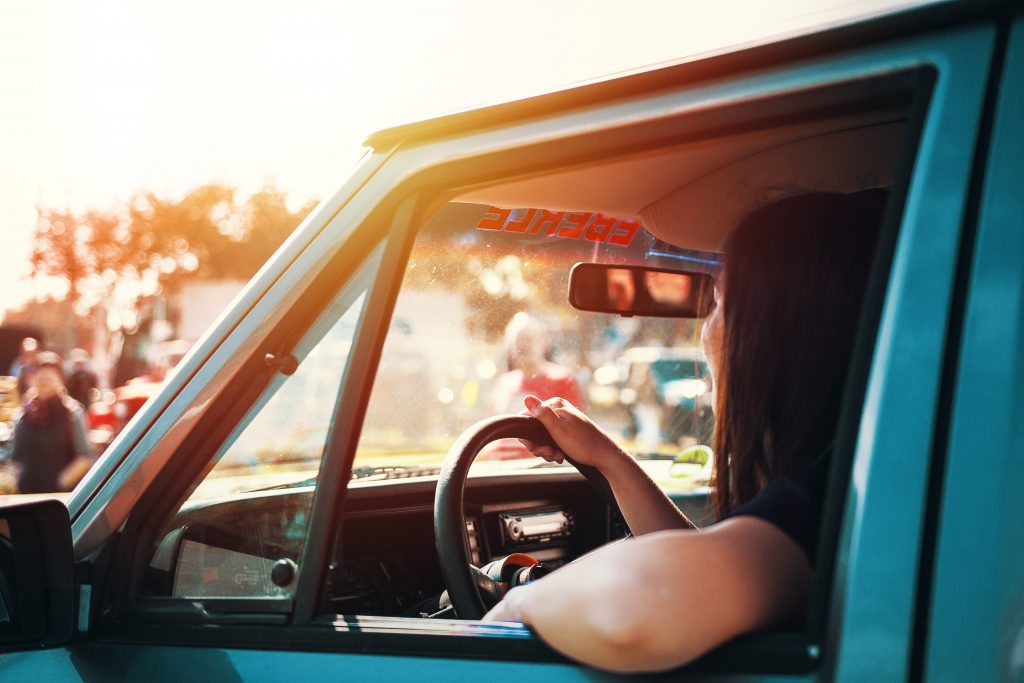 You should now have all the information you need on one of the most unique events in Australia’s calendar. So, what are you waiting for? Start planning your trip to the next gathering today.