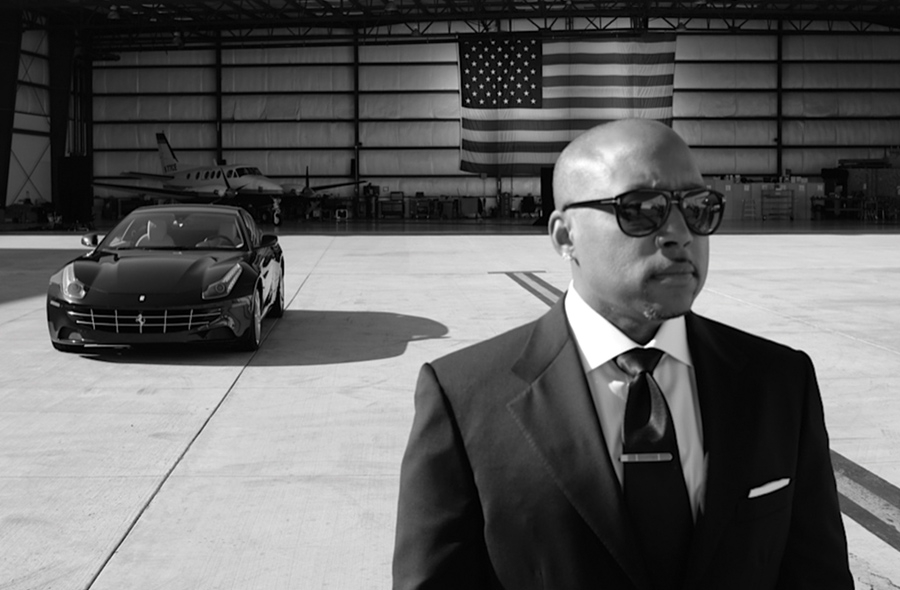 In my inaugural column last issue, I mentioned the concept which defines my new book, The Power of Broke. Now I am going to further break down just what the power of broke is.

The power of broke is a mindset. It exists in all of us, whether we have money, opportunities, or advantages. Trouble is, most people don’t recognize this power for what it is. They leave it alone, or maybe they don’t even know it’s there. Instead, they buy into the line from the people in who tell us that there’s a certain way to start businesses — we need money.

But that only works for a few of us — and only for a while. Why? Because, take it from me, the power of broke is all about substance over flash. It’s about creativity over certainty. It’s about taking a shot over playing it safe. And here’s another thing: The money runs out after a while. Those deep pockets you (as a Jetset reader, almost certainly) have, they’ll never be deep enough to buy all the passion, ingenuity, and determination it takes to have success over the long haul. Even if you’ve got money behind you, there’s no guarantee that it will see you through. It’s the money in front of you that counts, after all. It’s the money you need, not the money you have, that makes all the difference.

“The power of broke is the half-court shot you fire up with time running out and the game on the line.”

Because let’s face it, when you’re up against all odds, when you’ve exhausted every opportunity, when you’re down to your last dime… that’s when you’ve got no choice but to succeed. You’re out of options, so you double down, dig deep, and switch into that relentless turbo mode we’ve all got kicking around in our machinery. And that’s when the real magic happens. Are we clear on this? The power of broke is the half-court shot you fire up with time running out and the game on the line. It’s the shot your teammates won’t take because the likelihood of that ball kissing the net is pretty damn thin and they don’t want to mess with their stat lines. They’re playing the percentages while you’re playing to win — and this can mean everything. 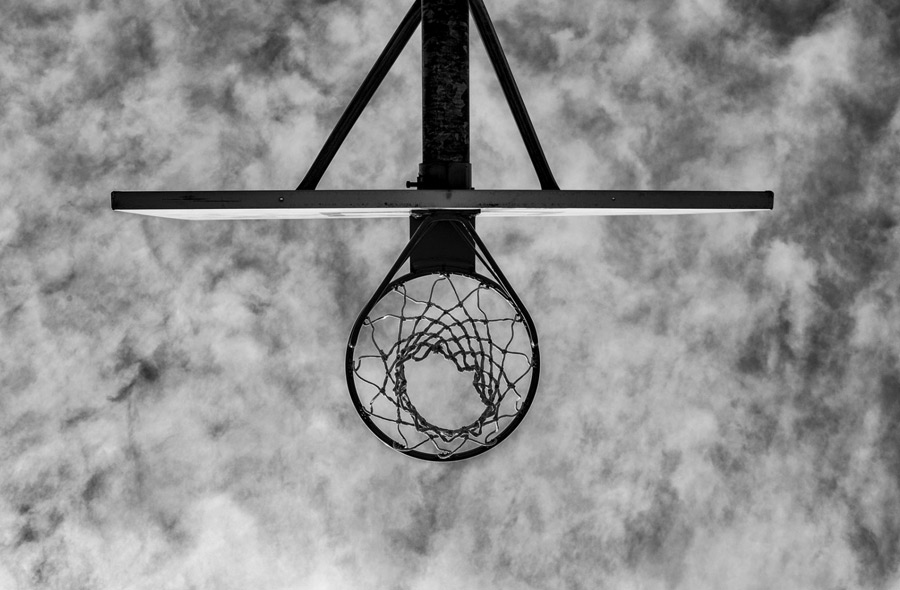 I don’t mean to mix my sports metaphors here, but I’m reminded of that great Wayne Gretzky line, “We miss one hundred percent of the shots we don’t take.” So, take the damn shot! Absolutely, take the shot. The power of broke is all about taking that shot. The power of broke is looking up at the sky, wondering what you’ve got to do to catch a break, and saying, “God, why am I doing this?” It’s living with the constant fear that you’ve gone crazy for putting it all on the line — but putting it out there anyway. There might be a million reasons for you to throw up your hands, throw in the towel, throw away your dreams, and put an end to whatever craziness you’re pursuing, but the power of broke is that one reason you keep going.

So even if you just sold your brilliant startup for a billion dollars, or you’re the CEO of a Fortune 500 company, or just signed that $100 million contract with the Yankees, you have to continue to summon the power of broke. You have to remember the hunger which fueled you in those early years. Because when you’ve got nothing to lose, you’ve got everything to gain. Sometimes it takes having your back against the wall, leveraging your last dollar, and having no place to go but up, up, up if you expect something to happen. Because if you’ve got to succeed to survive, you will. Trust me on this.

I come from the world of fashion. And a lot of the most iconic fashion brands started out in a small, hand-sewn way. Haute couture, at the high-end of high fashion, is based on the same principle: high-quality clothing, made by hand, with a personal touch. In French, the word couture simply means “dressmaking,” and when it started out, it just referred to plain folks figuring out a way to dress nicely — to turn their rags and loose fabrics into clothing that made them feel a little more like nobles. But today the term has come to symbolize the best of the best. Why? Because it came about in this genuine way.

This idea that the best concepts and innovations tend to happen organically, authentically, is not limited to art and discovery. It cuts to our personal lives, too. Our most lasting relationships are built on the same solid foundation. It’s got to be pure, got to be real, or else it just won’t work. If you’re a guy, and you pull up to meet a girl in a hot car, you’ll make a certain kind of first impression, right? Then you take her out for an expensive dinner, buy her a nice pair of shoes and maybe some bling, sip the finest champagne, and by the end of the night, guess what? She’s into you. And if you keep it up, at end of the week, she’s totally into you. Doesn’t matter what you look like; all that matters is that you showered her with power, bought her a bunch of gifts and flowers, took her away on romantic weekends, and so on. It all adds up. You’ve presented yourself to her in a certain way. 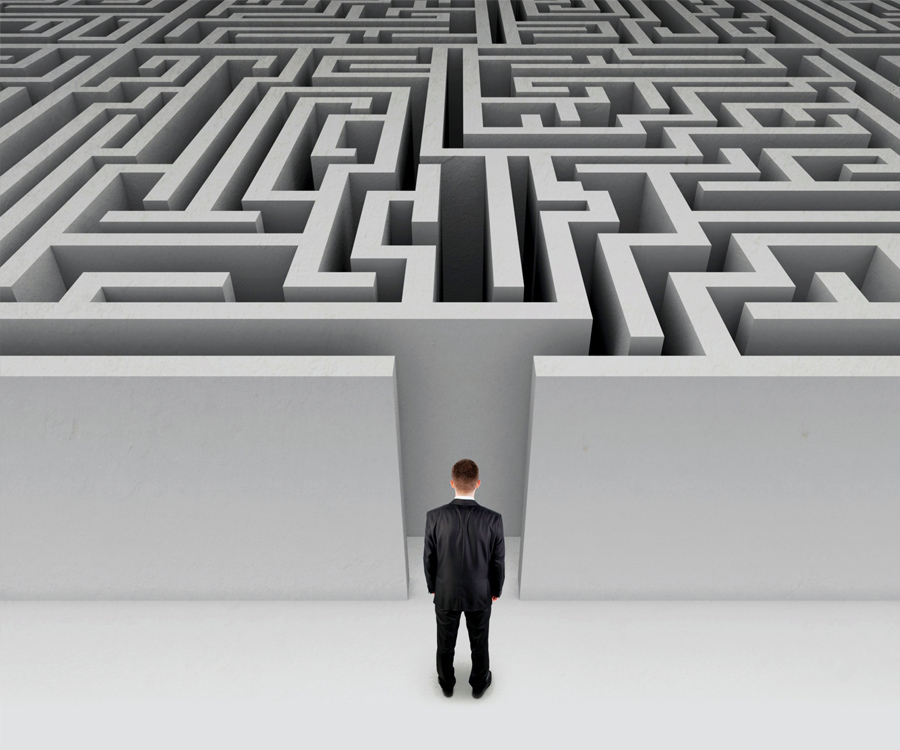 But what happens to that kind of relationship in the long run? What happens when all that money goes away and there’s nothing left but to be yourself? What happens when you buy her a present every time you see her, and then all of a sudden you lose your job? Then what? Don’t be surprised if you find your relationship was only as strong as the money you put into it. When the jewelry runs out, there’s no more fancy dinners, and the getaway vacations end… what’s left? You’ve been riding a superficial high, a false emotion — and it’s bound to catch up to you.

Or let’s say you open a new restaurant. You design a gorgeous new space, in the best part of town. You have no experience in the kitchen, but you have the money to hire a top chef, the best decorators. You have no vision, no specific market you’re trying to serve, no style of cooking that speaks to you, but your research tells you that a certain kind of cuisine is crazy popular right now, the edge of the cutting edge, so that’s what you decide to pursue. Basically, you focus-group the crap out of the place, spend all kinds of money throwing in all the bells and whistles and every conceivable amenity, open your doors, and wait for the tables to fill. But it doesn’t always work out that way, does it?

“Businesses built on steroids and injections of capital are living on borrowed time. When the money runs out, the business runs its course.”

Remember: Eight out of 10 new businesses fail within the first 18 months. Why is that? Many times, it’s because they’ve been cashed to death. And businesses built on steroids and injections of capital are living on borrowed time. When the money runs out, the business runs its course. Because in the end, it’s about your brand and your relationship with your customer, and with the marketplace. It’s a marriage: I’m giving to you, and you’re giving to me. It’s a partnership: I’m here for you, and you’re here for me. If the authenticity is there, if the business is built on a solid foundation, you’ll have a shot to succeed. If it’s just a superficial enterprise, built on flashy gimmicks, machinated hopes, and a big budget, the odds run a little longer. 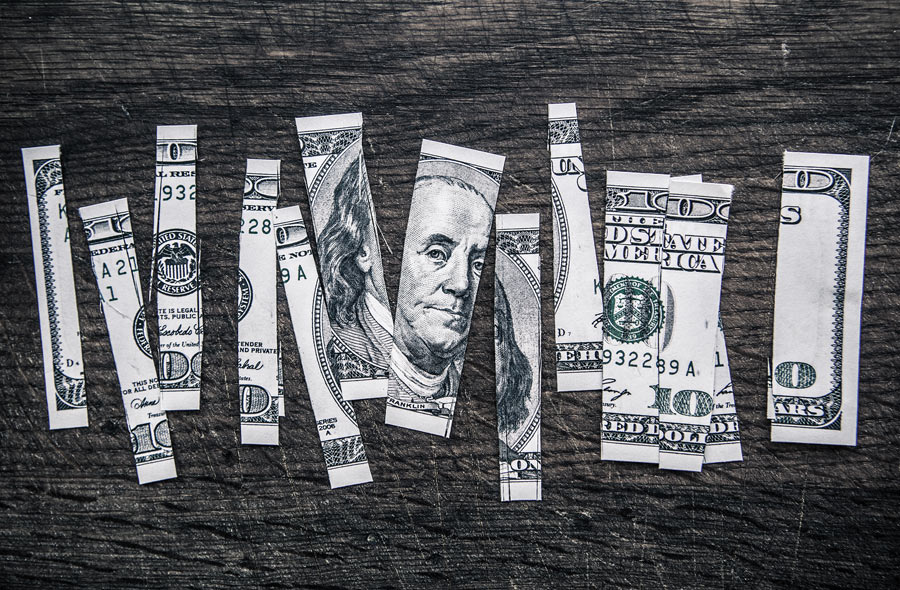 My point here is that there’s great value in being true to yourself, having an organic business concept, and behaving like your back is still up against the wall when you’re starting out. That’s why I’ve worked hard to champion the underdogs on Shark Tank, to shine a light on the hardworking success stories, and to help people recognize a good idea — a real idea, a winning idea. Because when you start from a place of nothing much at all, when you’re hungry and laser-focused on succeeding at whatever it is you’re out to do, when you’re flat-out determined to get where you’re going no matter what…well, then you’ve got a running start. You’re moving in the right direction, for the right reasons. “When you want it, when you need it, you find a way to make good things happen.”

– The Power of Broke by Daymond John is being released January 19th by Crown Business.

Remember those great Rocky movies? When does Sylvester Stallone’s Rocky character start to stumble? When he starts throwing all this money around, letting success go to his head, right? He gets away from wanting it, he gets away from needing it…and it costs him. The same goes in business. When you want it, when you need it, you find a way to make good things happen. When you expect it, when you feel entitled to it, you might just be headed for an ass-whupping. Now, I’m not suggesting that you can’t start a business with a ton of money and great contacts behind you — because, hey, too much of a good thing can still be a good thing. And I’m not suggesting that the only way to start a business is from a place of desperation — because, hey, why struggle if you don’t have to? But I am suggesting that you never lose sight of that early hunger. And that’s the power of broke.

Click here to purchase The Power of Broke on Amazon.