I Have An Idea, How to Make Your Brainstorming Sessions Fun and Productive 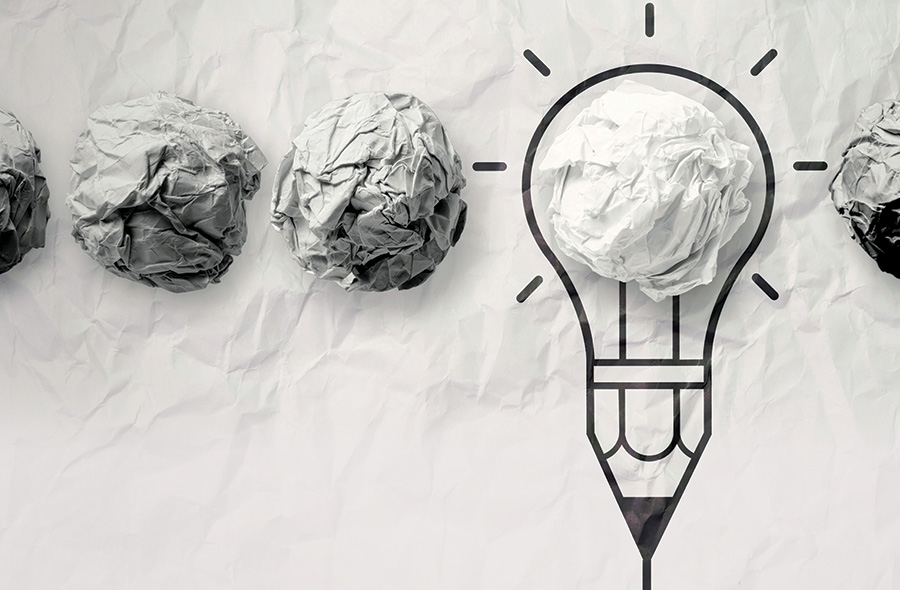 There’s a lot of idea generation going on in the world today. Some ideas end up changing life as we know it.

Others never make it off the ground. The process for coming up with those ideas is widely varied. There’s no one right way to brainstorm ideas. In fact, sometimes applying several different techniques to a particular challenge can yield the greatest results.

Alex Osborn popularized the term brainstorming in his 1953 book Applied Imagination. Designated the “Father of Brainstorming,” he established four rules to follow in any brainstorming session to reduce inhibitions and encourage the greatest number of ideas. The first rule is to withhold criticism or debate so participants feel free to generate ideas and aren’t stifled by negativity. Quantity over quality, his second rule, seeks to encourage any and all ideas. Osborn said, “It is easier to tone down a wild idea than to think up a new one.” So no matter how crazy an idea might be, it should never be discounted at the beginning of a brainstorming session.

Osborn’s last two rules of brainstorming revolve around using ideas that have been presented in the session. Freewheeling, the third rule, refers to using one idea as a jumping off point for the next. Brainstorming works when people use each other’s ideas to trigger their own thinking. Our minds are highly associative, so one thought easily triggers another. If we use the ideas of others, it will stop us from getting trapped by our own thinking structures. Osborn’s last rule is to mutate and combine. By mutating, we deliberately distort and modify existing ideas. Then we can combine existing ideas to deliberately try to build new ones.

The next great idea is just around the corner.

One thing that Osborn didn’t suggest is having participants prepare for brainstorming sessions by telling them the purpose beforehand. There have been multiple studies since 1958 that show if you try to brainstorm with a group without individual brainstorming first, you end up with fewer and lower-quality ideas. Many believe that by communicating the topic and the intended outcome to the group prior to the session, participants come better prepared and generate better ideas.

Beyond the rules of brainstorming, there are many techniques you can use. According to Creativity Techniques, 2011, there are nearly 200 types of idea generation techniques available to promote creativity. So which one is right for your situation? It depends on the topic or challenge and the participants. Taking into consideration those factors when deciding which technique you use can make all the difference in a brainstorming session.

Some of the most off-the-wall techniques can be the most fun, like the “worst idea” method. Instead of asking for the best of the best ideas, you ask for the worst of the worst. Whatever stupid, terrible idea the group can think of is fair game. This always ignites some laughter and engagement from the group. Once you have your list of bad ideas, try turning them around into good ones. It’s surprising, but you can actually get quite a few good ideas from this technique.

Another unusual but fun brainstorming technique is rolestorming. This might be used more as a supplement to a traditional technique, or as a way to reignite a session that’s losing steam. In rolestorming, the group picks someone famous or someone they all know, or they can invent an identity. Then they brainstorm ideas using this identity, thinking of the challenge from that person’s perspective. What kinds of ideas would this person suggest? This can really generate some creative ideas, especially if you pick a really interesting character and look at the challenge through his or her eyes.

Beyond holding a traditional brainstorming session, another technique involves writing a challenge on a whiteboard somewhere in a high-traffic area. Encourage employees to write ideas on the board throughout the week. At the end of the week, bring everyone together, review the ideas, mutate and combine them where it makes sense, and then decide which ones are the best.

Just as Osborn’s first rule is to withhold criticism and consider every idea as a valid one, it’s also important to resist confining creativity. The next great idea may not come from the marketing or engineering team, it may be someone in the accounting or administrative department. Everyone brings a fresh point of view to a challenge. The more points of view you have, the broader the ideas and more likely you’ll find one that sticks.

One of the most important elements of a successful brainstorming session is to have fun. There’s nothing more cringe-inducing than a brainstorming session where you could hear a pin drop and the energy level is nonexistent. Make up your own brainstorming technique or use one that already exists, but by all means, have fun when you’re doing it. The next great idea is just around the corner.