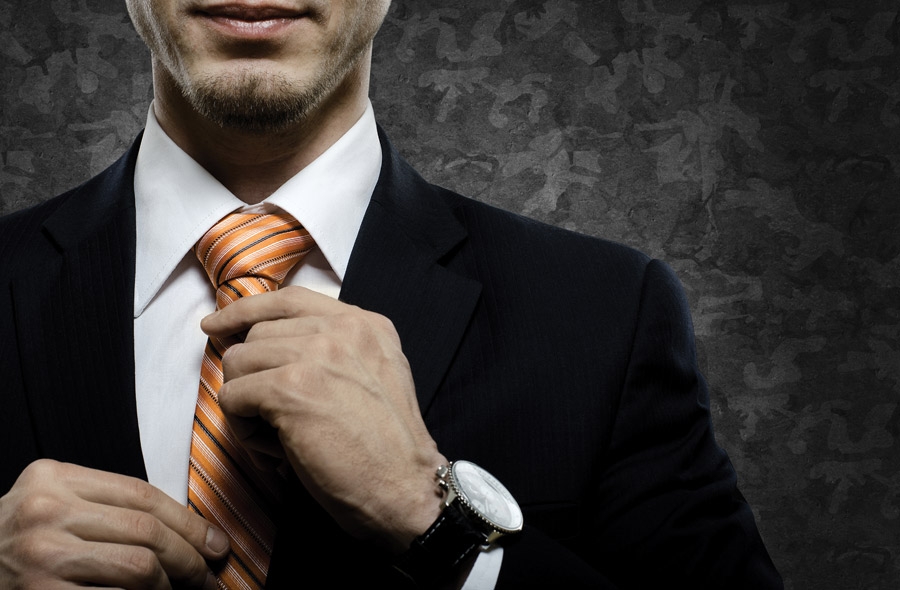 It’s said that “style is everything.” And I think that’s especially true when it comes to leadership. What are the differences between corporate leadership and military leadership? And which type is better for business?

I know I’m not the first entrepreneur who’s posed these questions . . . and I know that there’s no single “right,” answer, especially since businesses grow and change. And style, as much as vision and direction, can shape the future of businesses.

Military indoctrination began for me in 1965. I was an 18-year old surfer kid when I received Congressional nominations to the U.S. Naval Academy at Annapolis, Maryland, and to the U.S. Merchant Marine Academy at Kings Point, New York. I chose Kings Point.

On a hot August day, the Admiral in charge of the Merchant Marine Academy welcomed my class and our parents to the school. It was a very pleasant afternoon of military pomp and circumstance. Once the guests were off the grounds, the yelling and screaming started. Hell week had begun. I do not know how many young men (there were no women in our class) dropped out that first week, but I was almost one of them. I’m not really sure how I survived four years at the Academy, but I did.

In 1969, I graduated and was hired by Standard Oil of California to work as a third-mate driving oil tankers to ports in California, Hawaii, Tahiti and Alaska. I was a civilian once again. For a few months, anyway …

The Vietnam War was still raging, and for some reason, I felt guilty for not going to war. Because my draft classification was “nondefense, vital industry”— in other words: “oil” — I did not have to join the military. I could have avoided the war altogether. But that wasn’t what I did. After months of soul searching, I resigned from Standard Oil, joined the Marine Corps and reported for pilot training at Pensacola, Florida. Next stop: Vietnam. It was one of the best decisions of my life.

In 1974, I left the Marine Corps. The Xerox Corporation offered me a job in downtown Honolulu and my transition from the military to the corporate world had begun. And it was anything but smooth.

When I joined Xerox, I knew things would be different, I just did not know how different. In the military, leadership begins from the inside. In the corporate world, it’s the opposite. 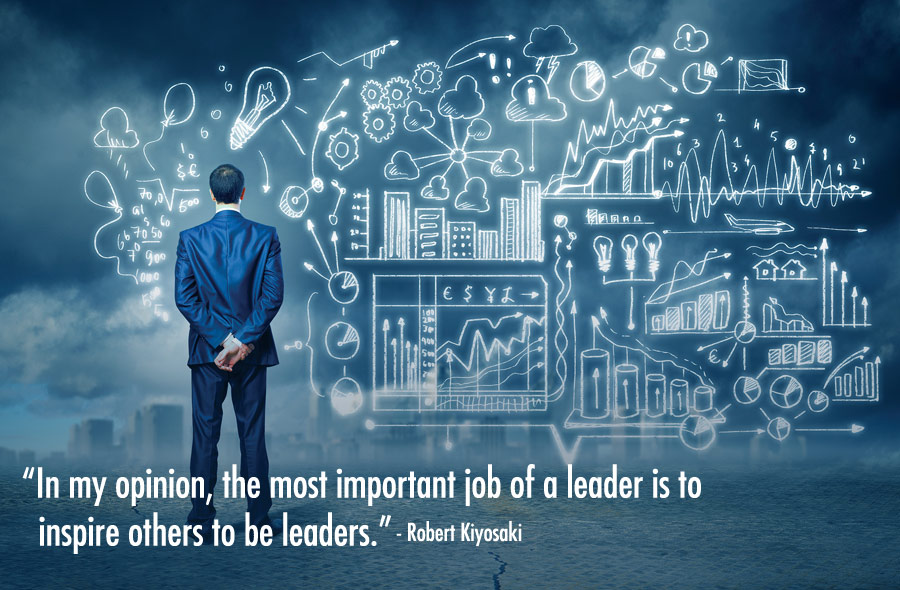 In the Marine Corps, whether you’re an officer or enlisted, college graduate or not, everyone goes through the same “hell.” No one cares what school you went to, your previous work experience, how rich or poor you are or your family background. From the moment you enter boot camp, everyone is equal. Some will come out a U.S. Marine and some will not. The Marines want to know, first and foremost, if you have the heart, mind, body, and spirit to be a U.S. Marine.

In the corporate world, what school you went to is very important, and there is often little importance placed on core values, culture, mindset and mission. A new CEO is often brought in from the outside without regard to cultural differences.

During my first week at the Academy, I remember standing in front of my section mates, shaking in my boots, saying for the first time, “Atten . . . shun.” For an 18-year-old kid, having 20 kids actually snap to attention was an amazing experience. My surfer friends back home would have laughed their heads off if I attempted that with them.

There were always one or two guys who would not follow orders. Murphy from New Jersey was one of those. If he did not respect you, he would intentionally not follow your orders. If an upperclassman caught Murphy not following orders, the section leader would take the punishment, not Murphy. That was another early lesson in leadership: the leader is responsible, not the student. 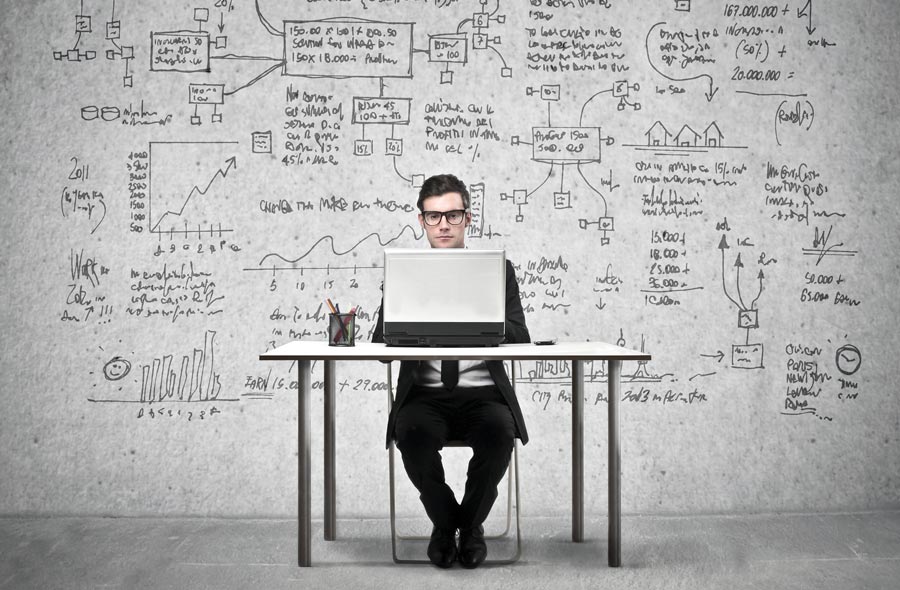 Learning how to lead young men into combat, asking them to give their lives, required another level of leadership. I recall one day, as we were preparing to fly a strike into Vietnam. The North Vietnamese had crossed the demilitarized zone and our chances of stopping them were not good.

One of my gunners recently learned he had become a father for the first time. Concerned he may be thinking of his new son more than combat, I tapped him on the shoulder and asked, “Is it is OK with you if your son grows up without a father?” Understanding my concern, he looked up with a slight smile and said, “I’m OK, sir. You do your job today and I’ll do mine.” Several months later he met his son for the first time.

During my second year at Xerox, I had a “temporary” boss. He was a graduate of the Harvard Business School and was being groomed for “leadership” at Xerox. They wanted to give him some experience in the field before moving him up into
the executive suite.

Unfortunately, our new “sales manager” had no real sales or leadership experience. His only hell week was the week he pledged his fraternity. He had no idea what his sales team was going through on the streets of Honolulu where IBM and Kodak had just entered the copier business and were eating us alive. Their salesforces were aggressive and hungry.

As our sales went down, our Ivy-League sales manager would close the door and scream at his sales team. His face turned bright red, as he demanded that we “Sell! Sell! Sell!” That is when the core differences between military leadership and corporate leadership dawned on me. I realized we all worked for Xerox, but we were not on the same team. He was Ivy-League royalty speaking to salespeople with college degrees from less prestigious schools. He thought he was better than us. He was rude, disrespectful and arrogant.

There are times when Marines yell and scream at each other. The difference is that one Marine doesn’t think that he or she is better than other Marines. A Marine General will speak with same respect to a private as he would a fellow general. In the military, respect is far more important than rank.

Many on my sales team at Xerox were great sales professionals. Unfortunately, they could not handle the disrespect from someone who had never done what he was asking us to do. The best on the team were the first to go. Losing them was disastrous.

Few civilians realize that military organizations invest a lot of time and money in education. All Marines, regardless of rank, are always studying and training to be better leaders. That’s because if the leader is killed or wounded, the next leader must step up.

When I transitioned into the civilian world, I was surprised at how little studying we did. If we did have a mandatory training class, lots of men and women snuck out and went to the bar. 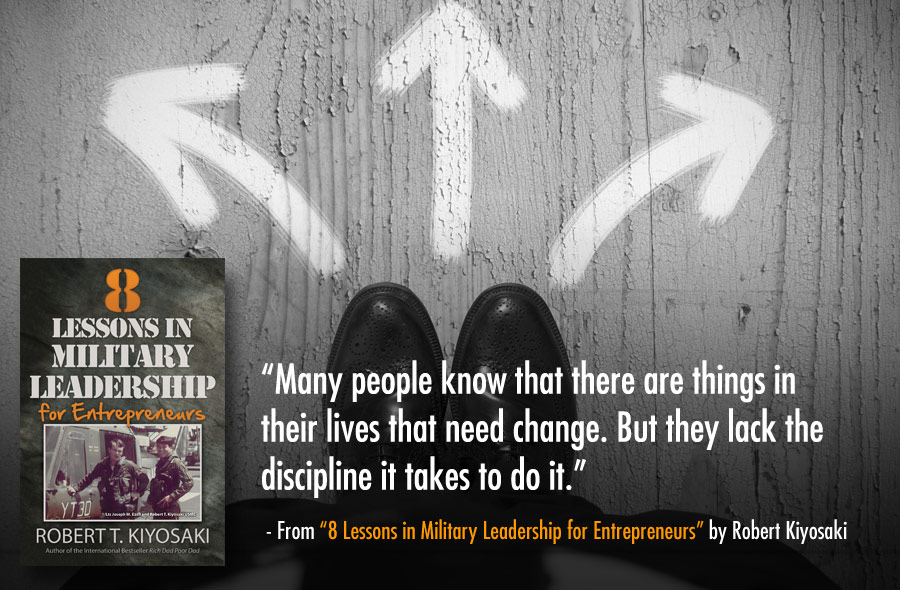 Today, I do my best to carry the leadership lessons learned from the Academy and the Marine Corps into my business. Fifty years later, I remain a section leader, a leader of peers — not subordinates. I am the owner of the company, but I am not the boss. I encourage everyone to be the “boss” — to speak up, call out and lead. While all employees have a great deal of freedom, one thing that’s understood is that we don’t violate our company code of honor.

In my company today, we have regular weekly study sessions. Since we are a financial education company, we study articles on entrepreneurship, real estate, gold, oil, the Fed, bonds, stocks, debt, foreign currency and other relevant financial topics.

In my opinion, the most important job of a leader is to inspire others to be leaders. Great leaders. The word inspire comes from the word inspirata, which means to touch the soul of others. And that’s why I believe strong and effective leadership comes from within…from the inside.