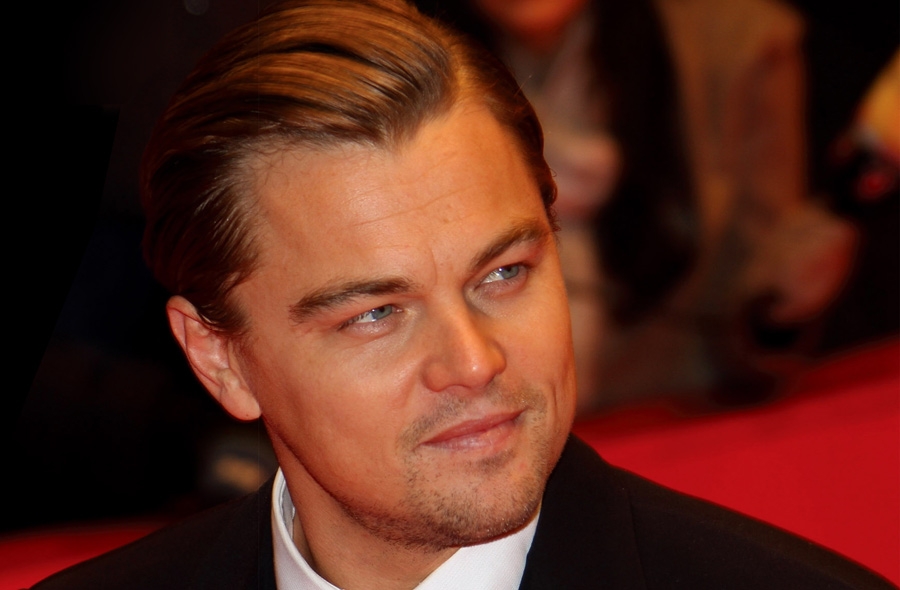 A few unavoidable truths regarding Leonardo DiCaprio: He owns an island. He dates supermodels. He’s been nominated for three Oscars and eight Golden Globes (and he won for The Aviator in ’05).

He’s one of just a handful of male celebrities (Pitt, Clooney, Timberlake) whom both men and women admire and adore equally. He has a production company (Appian Way), and a non-profit (The Leonardo DiCaprio Foundation), and he is quite proud of the work he is doing with both. But perhaps above all else, when you go to see a Leonardo DiCaprio film, you know that you are going to witness a character being brought to life with utter and complete (yet entirely invisible) devotion – free from a tinge of vanity, or even a mere glimpse of the weighty celebrity that the actor himself wields.

On that last note, there is one final, unavoidable truth concerning DiCaprio: He possesses the kind of ungodly fame that only a few people on the planet can truly comprehend. It is the kind of fame that pervades everywhere he goes and every interaction he has with another human being. Yet despite this incomprehensible degree of celebrity, by all accounts (and certainly unlike the vast majority of former child stars), he’s handled it quite well. No drug problem. No profanity-laced tirades or airport paparazzi assaults. In fact, you’d be hard-pressed to find anyone with an unkind word to say about the man. And for someone with his rarified level of fame, he’s shockingly unpretentious.

Perhaps the key to DiCaprio’s breezy navigation through the pitfalls of superstardom is what can only be described as some very keen compartmentalization. He spends a few months wholly transforming himself (for our entertainment/enlightenment) into characters as disparate as a sadistic slave owner (Django Unchained), a disillusioned undercover cop (The Departed), or the tortured, paranoid godfather of the FBI (J. Edgar). Then he disappears for a brief respite, resurfacing only to reluctantly walk the red carpet in an impeccably-tailored suit, or conduct a rare, impassioned interview about his latest cinematic or philanthropic endeavor.

As for his time in between projects? Chances are you’ve spotted photos of him online, looking carefree on a beach or a yacht somewhere in the South of France. He’s usually surrounded by unfathomably beautiful women, while he tries, for what it’s worth, to keep a low profile in his trademark baseball cap and metal aviators. This part of Leonardo DiCaprio’s life is something that any man can easily admire. Yet, although he could easily afford to devote the rest of his life to relaxing on that beach, the vacation doesn’t last for long. Soon he is back on set with another legendary director, devoting himself entirely to another complex and distinctive character, like the titular power broker in this December’s The Wolf of Wall Street – his fifth collaboration in the last decade with master auteur Martin Scorsese.

This aura of mystery Leonardo DiCaprio has cultivated has only added to his stature. You see, aside from what we can surmise from those photos of him relaxing with supermodels or championing his latest environmental cause (like saving the Sumatran Tiger), we really know very little about the man’s personal life. We know he’s never been married and has no kids, but that’s about it. This is a welcome breath of fresh air from the over-sharing, talentless, self-proclaimed “celebrities” infesting our tabloid culture. But perhaps it’s also this aloof mystique that oddly finds him simultaneously hailed as the greatest actor of his generation, and a little under appreciated. Sure, before the age of forty he’s amassed three Oscar nods, but he’s never won, and depending on how you count, he’s been snubbed up to six times (Catch Me If You Can, The Departed, Revolutionary Road, Shutter Island, J. Edgar, Django).

If Leonardo DiCaprio is again overlooked by the Academy for The Wolf of Wall Street, it could be due to his apparent aversion to the Hollywood press machine. While he is certainly comfortable in interviews discussing his work (and not his personal life), you get the distinct impression that red carpets, congratulatory award ceremonies and press junkets are decidedly not his thing. He doesn’t relish going on talk shows and recanting contrived, pre-rehearsed anecdotes in an attempt to hawk his film; he is content allowing his work to speak for itself. And this is part of what separates Leonardo DiCaprio’s body of work from nearly every other so-called “leading man” in Hollywood.

Again, what really strikes you when looking at DiCaprio’s body of work is how dissimilar and fully-realized all of the characters he’s played are. He disappears to the point where we in the audience no longer see the guy on the yacht with the famous face; all we see is the lovelorn playboy living a lie in The Great Gatsby, or the opportunistic diamond smuggler in Blood Diamond. This is the hallmark of all great actors, but almost as impressive as the characters DiCaprio has played are the types of roles he’s eschewed. He’s never played a superhero. He’s never made a sequel. He’s never been the lead in a shameless, formulaic romantic comedy, or saved the world in a mindless summer action flick. His resume exudes a level of artistic integrity that even his most esteemed peers cannot claim.

That resume gains luster when you flashback to 1998. Titanic has just become the biggest movie ever, and the actor found himself at a consequential career crossroads. He had already successfully made the transition from child star to respected young character actor, but after Titanic, almost instantaneously, he was an immediate heartthrob – the kind of guy tween girls hung pictures of on their walls and shrieked at the mere sight of; the kind of guy who could never again enter a supermarket of shopping mall without being accosted. For a slight comprehension of this kind of fame in action, look no further than to Justin Bieber. Fame could have consumed DiCaprio (as it may now be consuming Bieber). He could have gone off the deep end; he could have become a cautionary tale.

Instead, Leonardo DiCaprio built upon the respect he’d garnered from films like What’s Eating Gilbert Grape and The Basketball Diaries; he worked hard to solidify his place among the ranks of our greatest living actors. It would have been so very easy for him to coast on his looks through one $20 million paycheck after the next (as so many other “leading men” have done). By now he could have permanently retired to that idyllic beach with those lovely ladies, and we certainly wouldn’t have held this against him. Yet no project he has made has been what might be considered a safe bet. When he does make a big-budget studio picture, it’s either a labyrinthian psychological thriller like Inception, or a bold and vibrant retelling of a literary classic like Gatsby. He pushes the artistic boundaries of what his colossal fame has begotten.

DiCaprio’s career choices have left a blueprint for up-and-coming actors like Ryan Gosling to follow, and the fact that Inception and Gatsby grossed well over a billion dollars combined ensures he’ll be able to continue writing his own rules for years to come. “I’m lucky to have gotten this shot,” DiCaprio says, “and if I don’t do this to the best of my ability – if I don’t work my ass off and make a life of it – I’ve squandered this golden opportunity. And that’s what’s always propelled me.” He’s a man with the world at his fingertips. He can have his pick of both beautiful women and first-class projects (and, without listing, it’s fair to conclude that he’s chosen wisely on both fronts). But that’s not why we love him. It’s that propulsion, that talent, that passionate desire to make the absolute most of what he’s been given that makes Leonardo DiCaprio a true leading man. 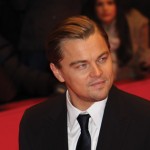 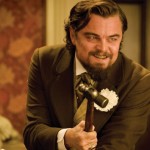 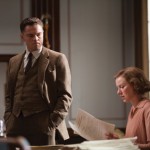 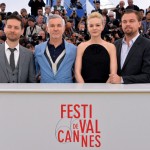 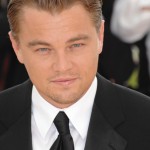 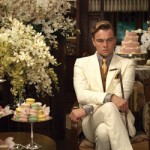