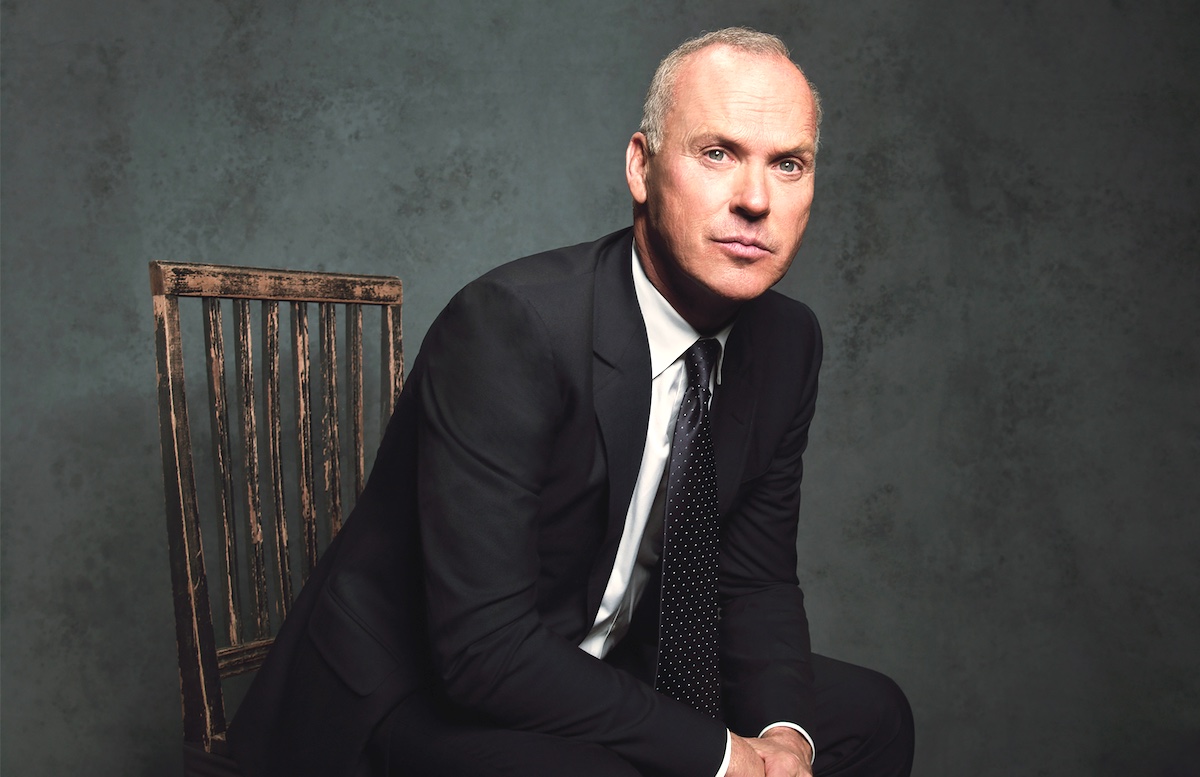 Over Michael Keaton’s wildly successful career, the Oscar-nominated actor has been drawn to a seismic range of characters that dwarfs most of his contemporaries. Dating back to the 1970s, the Pittsburgh born talent has taken on playing stoics to sociopaths and everything in between. Perhaps the most formidable creative hurdle of Tim Burton’s Batman was the challenge of transforming Keaton into the dark knight, physically speaking. Sure, the charismatic lead delivered Bruce Wayne suave in spades. But let’s face it, Keaton had the body of a chartered accountant in 1989 and not much has changed. At 68, he’s rocking more of a rakish, insurance adjuster bod, albeit an adjuster with a nutritionally redeeming membership to Hello Fresh.

Back then, Keaton certainly didn’t boast the brawny frame of the era’s top action heroes— Jean-Claude Van Damme, Sylvester Stallone, Arnold Schwarzenegger at the height of his swagger. The casting announcement was met with fierce howls of protest from rabid comic fans. Warner Bros was inundated with a truckload of complaint letters, bashing Keaton as absolutely wrong for the caped crusader. Apparently he wasn’t buff enough, or handsome enough; he lacked the gravitas vital to the character. Clearly, moviegoers typecast him for his early work, assuming he could only rally up the testosterone of Mr. Mom and the muscle tone of a decrepit Beetlejuice. No one would buy him as a millionaire playboy worthy of Wayne Manor, or so the squawkers said. 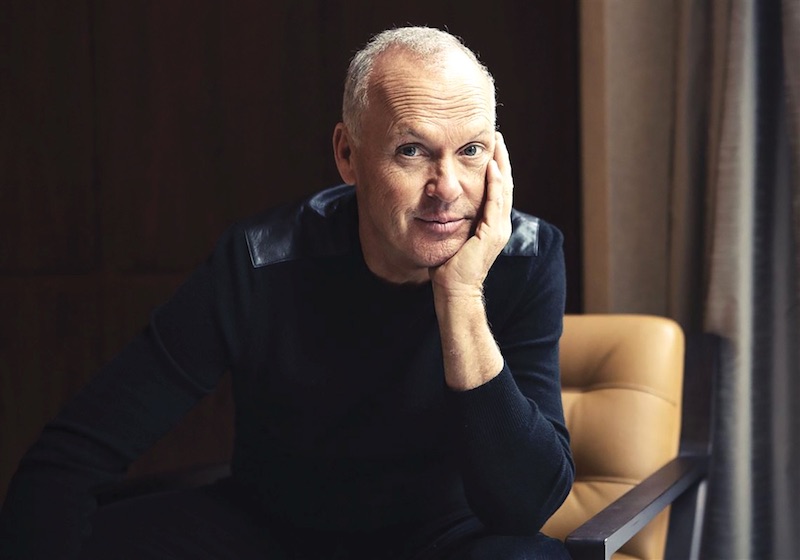 Fan fears were quickly extinguished when Keaton turned in a complex, nuanced, and altogether riveting performance. He set pivotal scenes on fire with onscreen nemesis Jack Nicholson, playing the deranged Joker. The costume department struck cinematic gold as their Batsuit design transformed Keaton into a walking tank, an avenging nightmare in black rubber. Burton’s casting instincts proved bang on; he was convinced Keaton had the chops to portray a hero with the darkly obsessive personality he was looking for. The lead performance earned widespread acclaim from critics and audiences alike; 1989’s Batman emerged as one of the most successful hits of the year.

It’s been nearly three decades since Keaton donned the Batsuit, complete with sculpted pectorals. What could be more rewarding for fans than to see the actor return to the role that made him a major star?

Keaton is set to reprise the role of Batman opposite Ezra Miller in DC’s upcoming The Flash. The plot will introduce audiences to the motif of the multiverse, a core concept in the artistic architecture of DC Comics. The multiverse refers to a revolving door of alternate universes that coexist within the larger reality explored in the publisher’s storylines. Creatively speaking, it allows several versions of the same characters to simultaneously exist and interact. It is this multiverse mechanism that gives us the thrill of a Keaton return, while maintaining Robert Pattinson as the future of the franchise. 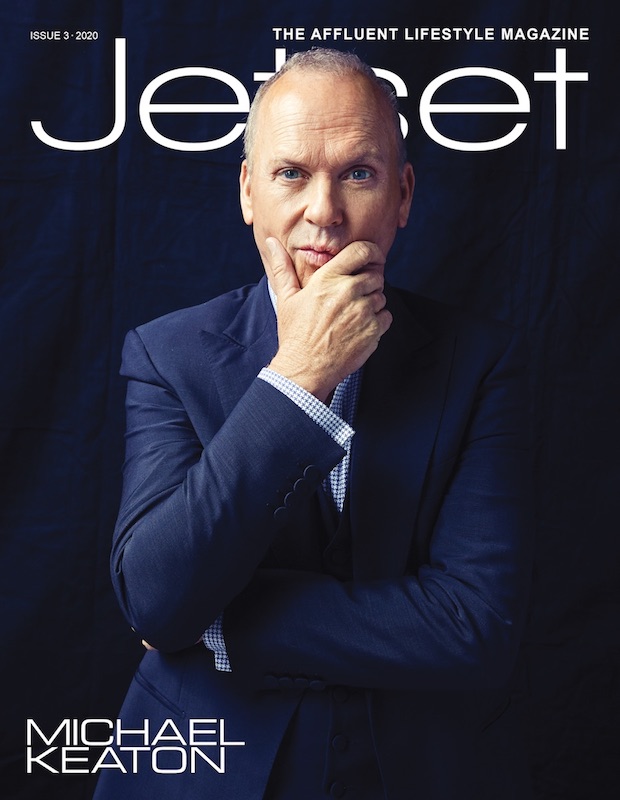 We can only imagine the brooding/explosive/delicious chemistry that’s bound to brew between Miller and Keaton on screen. Keaton simply sizzles in an ensemble; he’s done some of his best work when surrounded by synergistic co-stars. This is most evident in the cast chemistry in Spotlight, Participant Media’s magnum opus on investigative journalism as a vital check for institutions of power. Keaton, Mark Ruffalo, Rachel McAdams, John Slattery, and Liev Schreiber took supporting performances to new heights in this drama based on the Boston Globe’s 2002 Pulitzer Prize-winning exposé on the Catholic Church. The film went on to win the Academy Award for Best Picture in 2016.

Back in September 2015, Jetset was one of four vetted media outlets to make the cut to cover Grey Goose’s private party for Spotlight. As the journalists portrayed in the film flew in for the world premiere at the Toronto International Film Festival, this proved a once-in-a-lifetime celebration of this history-making team reunited in one place, Soho House Toronto. In high spirits that night, Keaton was keen to connect with the legendary Ben Bradlee Jr., who was key to the investigative team. Adept at playing the high-octane, fast-talking ideas man, it’s no surprise Keaton has been cast as a newspaper editor twice, in The Paper and Spotlight. Curious to the core, Keaton soon had Bradlee Jr. reflecting on his father, Ben Bradlee, the esteemed editor depicted in All the President’s Men.

Keaton didn’t seem to mind that Bradlee Jr. was the biggest draw at the party, with everyone from Paul Haggis to Liam Hemsworth jockeying to meet the man at the top of the masthead. Towards the tail of the affair, Keaton slid into the horseshoe-shaped booth where I was sitting with the film’s producers. Ever playful in conversation, he riffs on ideas the way Jimmy Page teases guitar strings, pulling plum parodies and plucking peppery puns out of thin air. Charmingly disarming with his trademark wisecracking grin, I found myself drawn into his jocular banter, altogether forgetting I’m in a booth with Batman. For a media junkie like myself, this party proved the highlight of awards season that year.

Anchoring yet another depiction of devastating American tragedy in the upcoming Worth, Keaton plays attorney Kenneth Feinberg, who was appointed by Congress to lead the September 11th Victim Compensation Fund. A superb showcase for Keaton with a Boston accent and haughty air, the role serves up delicious protein for the chameleon, typically cast as a man of the people. Both character study and courtroom drama, Amy Ryan delivers a robust, ravishing turn as his right-hand legal ace while Stanley Tucci shines as an adversary.

Will Keaton be Oscar-bound yet again in 2021? Netflix is certainly stoking awards ambitions for Aaron Sorkin’s The Trial of the Chicago 7. The star-studded historical drama features Keaton, Eddie Redmayne, Joseph Gordon-Levitt, Sacha Baron Cohen, Jeremy Strong, and Frank Langella. The forthcoming film follows the trial of seven political activists charged with conspiracy to incite a riot during the 1968 Democratic National Convention. A late 2020 release of the Paramount Pictures film looks likely. 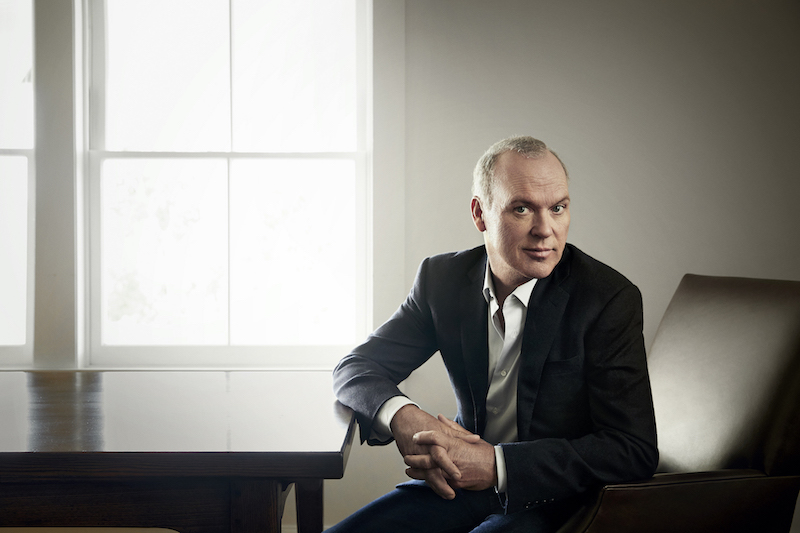 More than Keaton reprising Batman, I would relish the actor reuniting with his Birdman director, Alejandro González Iñárritu. To see them collaborate on another succulent script? A cinephile’s dream. Birdman won the Academy Award for Best Picture, along with Best Director, Best Original Screenplay, and Best Cinematography from a total of nine nominations, including a Best Actor nod for Keaton. Iñárritu “gets” Keaton like no other. The director shrewdly cast him for his dexterity in an array of acting styles. The Hollywood veteran nailed the idiosyncratic demands of stage work, the breathless up-close scenes, the grit and gravity of an absurd, unraveling story. Guild voters and juries certainly thought so, the virtuoso performance earned him a Golden Globe for Best Actor in a Musical or Comedy and nominations from the Screen Actors Guild and British Academy of Film.

Indeed, 2021 is shaping up to be a big year for Keaton; he will make his streaming debut as the lead and executive producer of Dopesick, Hulu’s harrowing look into the epicenter of America’s struggle with opioid addiction. Empire co-creator Danny Strong is on board as showrunner, with Barry Levinson (Rain Man) set to direct the ambitious eight-episode limited series. Keaton will star as Samuel Finnix, an old-school doctor who becomes embroiled in Big Pharma controversy. The role marks his first television gig in 13 years, since TNT’s The Company.

With so many provocative projects in the pipeline, Michael Keaton is proof positive that the best role of your career—regardless of age—may be just around the corner. With Birdman and Spotlight already in the books, Keaton’s third act has emerged as his finest hour.