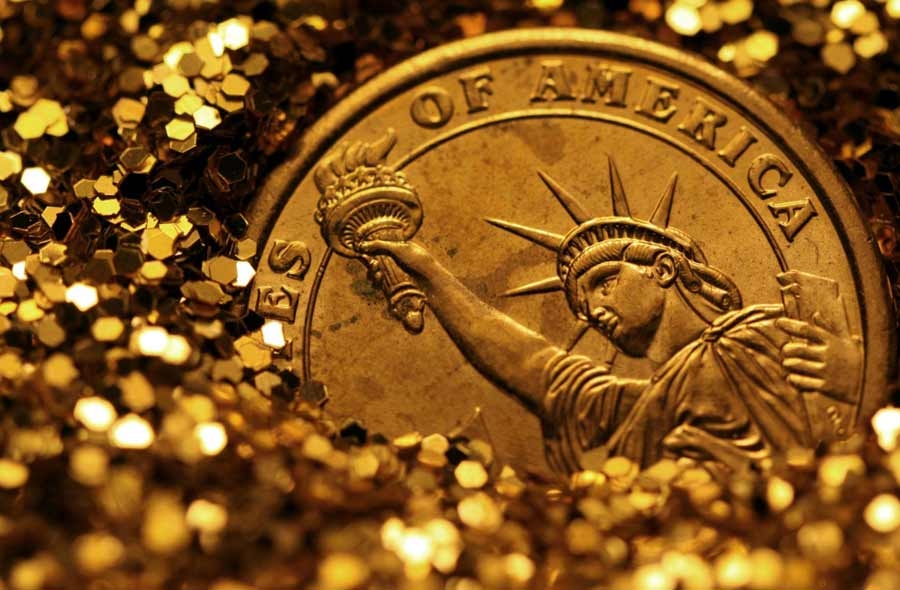 Many fear that a second-term win by President Barack Obama will signal the end of capitalism. Newsflash: Capitalism has been dead for years.

By definition, capitalism is an economic system in which the private sector drives production via capital accumulation. In true capitalist societies, the government plays a very limited role. Today, the U.S. government represents over 25% of the economy, and has not only bailed out General Motors, but financed a variety of dubious ventures.

During World War I, capitalism was replaced by credit-ism, which means the war was paid for by the creation of unprecedented levels of government debt. All that credit caused the bubble known as the Roaring Twenties. The Great Depression was the result of debt that could not be repaid

Likewise, World War II resulted in the complete government control of the economy.

In 1944, the world signed the Bretton Woods Agreement, and the U.S. dollar, now backed by gold, became the new paper gold. As the war ended, the economy stabilized. This caused many to believe that the war ended the Great Depression. In reality, having a stable currency stabilized the economy, and capitalism came back to life — temporarily.

In 1968, with rising concerns that the United States would soon run out of gold, the United States removed the legal requirement that the U.S. dollar be backed by gold. This violated the terms of the Bretton Woods Agreement. Capitalism died, once again, and credit-ism was back in control.

Taking the U.S. dollar off the gold standard completely transformed the world. Credit, yet again, had replaced capital as the engine of the world economy. 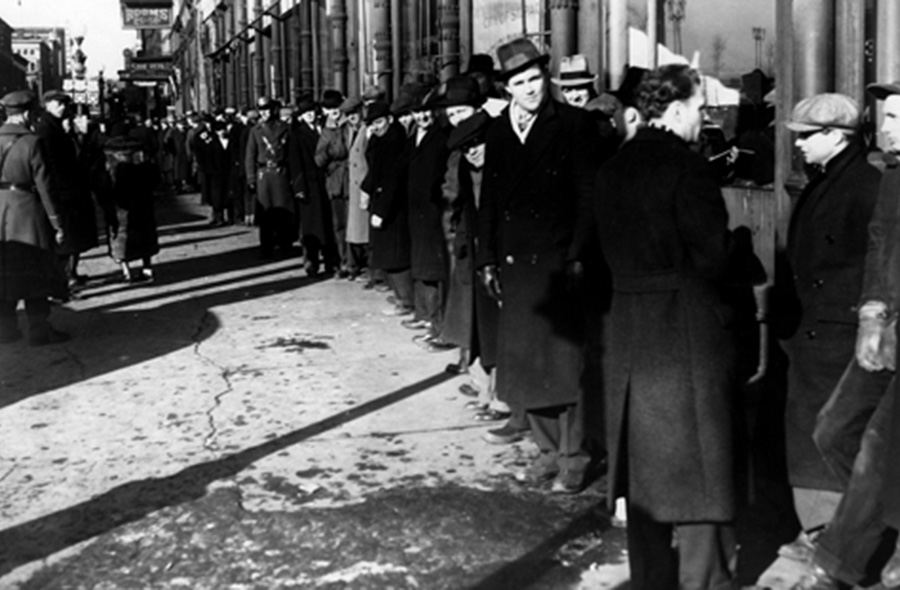 The problem with credit is that, unlike capital, it is supposed to be repaid. Much of the $50 trillion that fueled the four-decade global expansion cannot be repaid. This massive debt underlies the crises we face today.

Making matters worse, globalization caused U.S. factories to move to lower-wage countries. Today the United States is out of capital and out of production. Since, by definition, capitalism is a function of capital and production, credit-ism caused capitalism to go “bye-bye.”

So I pose this question: Does it really make a difference who is elected President of the United States in the 2012 election? What difference will it make if President Obama is re-elected … or if the next resident of the White House is Mitt Romney, Newt Gingrich or Ron Paul? Republican, Democrat, or Independent … does it matter? Aren’t we just voting for the next captain of the Titanic … or the Italian cruise ship, Costa Concordia?

A more important question is, “What are you and I to do?” As passengers on the luxury liner, S.S. World Economy, do we hope and pray a new captain or the Coast Guard will save us? Millions of people are.

Rather than hope an election can save the world, I believe it is better to think about saving ourselves.

What I Am Doing
At the risk of sounding ridiculous, I will tell you what I am doing. To some of you, it will sound logical. To others, it will sound insane.

What I have done is embrace credit-ism. Although a capitalist at heart, I now realize that credit is better than capital. In simple terms, rather than attempt to save money (as millions of passengers on the Titanic are attempting to do) I borrow money to get rich.

My change of heart came in 1972, when I was a Marine Corps pilot in Vietnam. In 1972, the Vietnamese realized that the war was over and that the United States was pulling out, just as we are doing today in Afghanistan and Iraq. The Vietnamese people were panicking, and getting ready to flee the country.

One day, in a village market, my crew chief and I tried to buy some fresh fruit. To our surprise, the vendor refused our U.S. dollars. She also refused Vietnamese piaster, the local currency. All she wanted was gold.

Although I did not know what was going on at the time, I sensed something had changed. Up to that point in time, the U.S. dollar had always been as good as gold. On this day, though, the fruit vendor was terrified that her mangos were more valuable than my dollars.

Back on board the aircraft carrier, it took me a few more days to find out that President Nixon had closed the U.S. gold window in 1971. I was a year late in finding out my dollars were now only a piece of paper, an IOU backed by U.S. taxpayers. In other words, the Vietnamese vendor was more tuned into the world economy than I was. 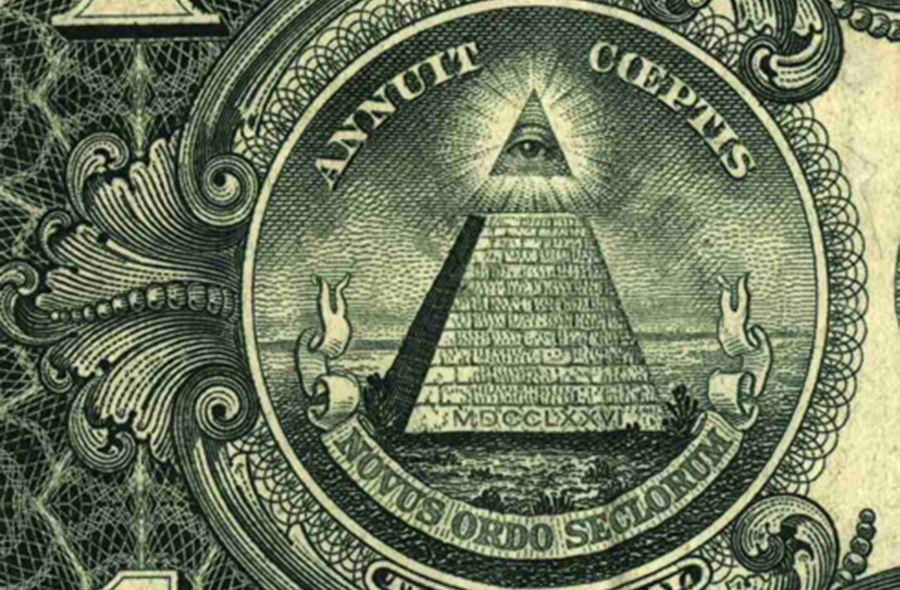 The same problem exists today. The problem is that the Vietnamese fruit vendor still knows more about the global economy than most people. This is the real financial crisis. It is a crisis of financial ignorance where the affluent — but financially naïve — are floating along on the S.S. World Economy, having placed all their trust in the officers of the ship.

In 1973, I returned from the war to be stationed at a Marine Corps Air Station near my home in Hawaii. The war had changed me in many ways. Or, I should say, that Vietnamese fruit vendor had changed me. Rather than work hard and save money, which is the foundation of capitalism, I realized I had to learn how to work less and borrow more — borrow more money — if I wanted to become rich.

In 1973, while most of my fellow pilots were preparing to fly for the airlines, I became a student of credit-ism. While still in the service, my credit-ism study began with a three-day weekend class on how to borrow money to finance real estate investments. It took me six months to find a condominium on the island of Maui that I could purchase for 100% debt — and still produce positive cash flow. In other words, I was using OPM (other people’s money), money from savers and bondholders, people who still believed in capitalism to get rich. Once I did that, I knew I would never need money again. I became a credit-ist rather than a capitalist. Today, I own thousands of properties, financed with credit (debt) and producing positive cash flow.

In 2007, when the subprime mortgages collapsed, my properties did well … simply because the apartment houses were not financed based on exaggerated valuations. Also, all the properties are in good repair and in safe areas where there are good jobs. The rents were fair, often below market.

Unfortunately, the crash collapsed on the heads of the financially naïve, destroying the lives of millions of people, costing them their jobs, homes, savings, retirements, and hopes for the future. Many of these people are the same people who are hoping that a change in political leadership can save them from the financial icebergs floating in the fog ahead.

Unfortunately, when people begin looking to the government to save them, it’s a move toward socialism, not capitalism. In other words, people who were once capitalists are now becoming socialists.

The way out is obvious. The way out would begin with financial education in our schools, starting from the first grade.

Financial education can be fun and simple. It can begin with the game of Monopoly, teaching one of the greatest principles of wealth creation. It’s a simple formula of four green houses that are leveraged to acquire one red hotel. That is how my financial education began, and today I continue to play Monopoly in real life, using the money of savers and bondholders that’s held by banks and insurance companies.

What Do You Do With Your Money?

I am often asked, “If you use debt, your banker’s money, to get rich, what do you do with the money generated from your properties?”

My answer is, “I do what true capitalists do. I buy gold. In a world where government money is fool’s gold, real gold is still real money.”

In other words, since the world is no longer on the gold standard … you should be.