The Global Cash Heist, How to Protect Your Future 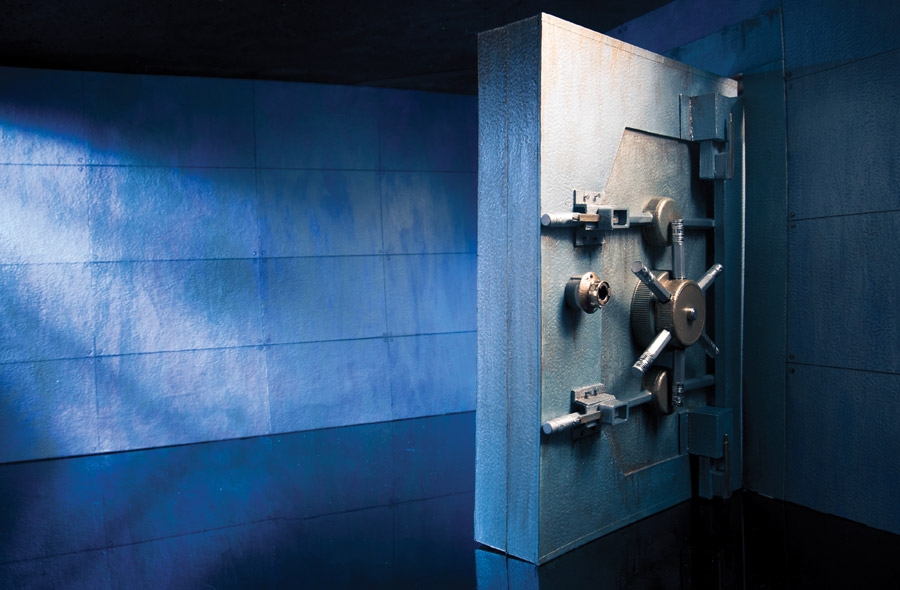 The Global Cash Heist, How to Protect Your Future

Is the global economic crisis that has the world reeling an accident? Or is it a well orchestrated, global cash heist?

Between 1981 and 1983, I had the good fortune of spending a week each summer studying with Dr. R. Buckminster Fuller. For those who may not be familiar with Dr. Fuller, he is best known for his design of the geodesic dome. Harvard claims him as one of its top students, but Fuller never graduated from Harvard. The AIA, the American Institute of Architects, recognizes Fuller as one of America’s top architects, but Fuller was not an architect. President Ronald Reagan awarded him the Presidential Medal of Freedom in 1983. And John Denver dedicated his song “What One Man Can Do” to him. Bucky Fuller was called “The Planet’s Friendly Genius” because he dedicated his life to the enrichment of the world, often at the expense of his personal enrichment.

On July 1, 1983, Dr. Fuller passed away. A few months later, his book, Grunch of Giants, was published posthumously. Grunch — which stands for Gross Universal Cash Heist — was a departure from Bucky Fuller’s usual areas of study, which were math, science, design and the future of technology. Grunch of Giants was about the future of the global economy and how the wealth of the people of the world was being “stolen” — via a giant, invisible heist — by the uber rich who control the world via our governments, central banks, corporations, educational institutions, the military industrial complex and financial institutions.

In Grunch of Giants, Dr. Fuller predicted our financial crisis. Fuller was saying many of the same things my rich dad had been saying to his son and me for years: Our wealth is being stolen via the money we work for.

The Price of Gold

In 1972, when I was a Marine Corps pilot in Vietnam, my rich dad wrote me a letter advising me to pay close attention to the rising price of gold.

As you may know, on August 15, 1971, President Nixon took the U.S. dollar off the gold standard, which meant that the dollar was now backed by debt, an IOU from the U.S. taxpayer. The price of gold began to rise as the purchasing power of the U.S. dollar went down. Our wealth was being stolen — as we worked, when we shopped and as our savings sat in the bank. 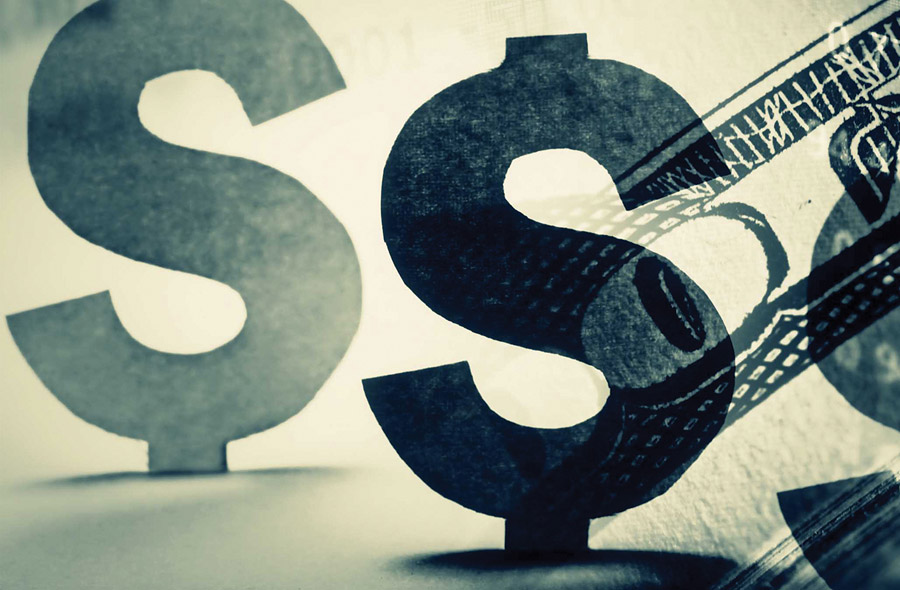 Ripping people off via a money system is not a new concept. Rulers of the Roman Empire ripped off fellow Romans when they “debased” their silver coins, slowly adding “base metals” such as nickel, copper or tin to the silver. By 290 AD, the coins contained less than .05% silver. Historians call this period in Roman history the “Crisis of the 3rd Century.”

The U.S. government began debasing its silver coins in 1965. After that, U.S. “silver coins” had a copper tinge on the edges … and we, too, had been debased.

Rome debased its coins for three main reasons: to pay its soldiers in its campaign to expand the empire, to keep the people happy with “welfare” programs and to build giant coliseums to keep the poor distracted while the cash heist continued undetected.

Today, the United States has troops in over 70 countries engaged in conflicts that many believe are ill-advised. We have changed “welfare” to “entitlement programs” to make people feel better about accepting government handouts. And all over the world, there are giant coliseums, many sitting empty, relics of the past once used for Olympic events, the World Cup, and professional sports events. Promoters leave with the cash, but the long-term debt and maintenance is paid for by taxpayers.

In 2008, 13 U.S. cities declared bankruptcy. Puerto Rico, a territory considered by some to be our 51st state, is following Greece, Argentina and Venezuela into the toilet.

There are police and firefighters in Phoenix, Arizona, where I live, who are “entitled to” as much as a $1 million “bonus” just before they retire on a $150,000 to $185,000 annual pension. Our city manager cut himself an even sweeter deal, reportedly over $220,000 in an annual pension, before taking another “city manager” position in another city — for the same kind of payday.

It’s All About Control

Mayer Amschel Rothschild (1744-1812), a German banker and member of what is reportedly the richest family in history, is said to have stated:

“Give me control of a nation’s money supply and I care not who makes the laws.”

This quote is important to remember as we head into the 2016 U.S. Presidential election. Does it really matter who gets elected President? Or which political party captures the White House?

Today, there is a new “banker” in town — Goldman Sachs. There are Goldman alumni in control of central banks and government treasuries of the world. As the U.S. economy collapsed in 2008, former CEO of Goldman, Hank Paulson, was our Secretary of the Treasury. Was that a coincidence? Mario Monti, an international advisor to Goldman Sachs, was appointed Prime Minister as Italy began to crumble. Mario Draghi, former Vice Chairman of Goldman Sachs, is now head of the European Central Bank.

I’ve heard comments like, “When you turn over the rocks of this global economic crisis, a Goldman alumni slithers out.” Maybe you have heard this, too. At the heart of the crisis in Greece, Lucas Papademos advised Goldman on putting together a derivatives program designed specifically to hide Greece’s massive debt. When the debt bomb exploded, he became head of the Central Bank of Greece.

Canadian Central Banker Mike Carney was instrumental in the 1998 Russian financial crisis infamously known as LTCM, Long Term Capital Management. As a Goldman executive, Carney was advising Russia to do one thing, while at the same time, Goldman was betting against Russia. The LTCM crisis nearly brought down the world economy. In 2013, when Carney took over the Bank of England, it was said that Goldman Sachs became the “Bank of the World,” controlling the economies of the United States, England and Europe.

What Does This Mean to You and Me? 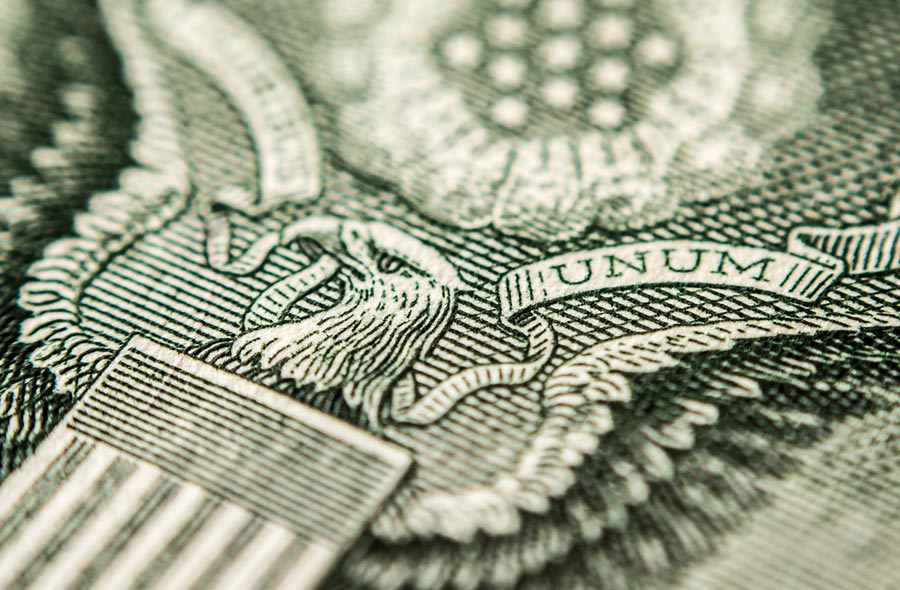 What does this mean for me?

This means that the old advice of “Go to school, get a job, save money, buy a house, get out of debt and invest for the long term in the stock market” is old and toxic advice.

Why go to school when you learn little to nothing about money?

Why get a job when employees pay the highest taxes, unemployment is rampant and — if you get a job — it’s a low paying job?

Why save money when Central Banks are printing trillions of dollars? The U.S. dollar has lost 95 percent of its purchasing power since 1913, the year the Fed, the U.S. Central Bank, was created.

Why buy a house when bankers like Goldman could package subprime loans as derivatives, and sell them to the world as assets?

Why get out of debt, when — after 1971, the year Nixon took the dollar off the gold standard — the dollar became debt?

Why invest for the long term when bankers like Goldman, Deutsche Bank, Bank of America and others use “Dark Pools” and HFT, High Frequency Trading, to legally give you financial advice, take your money, and then bet against you… just as they did to Russia and Greece?

When I am asked, “What should I do?” I always recommend “financial education” as the way to take (or take back) control of your financial future. Unfortunately, this is not the financial education dished out by our government, our schools and bankers like Goldman Sachs.

The first step is the awareness that the financial markets are rigged against employees, savers and small investors. Next is the realization that financial education is self-protection, Jiu-Jitsu against the corruption, cronyism, greed and kleptocracy that is running the world.

Gresham’s Law, in essence, states, “When bad money enters the economy,” as it did in 1971, “good money goes into hiding.” I say, “When bad money is controlled by bad people, invest in your financial education — and surround yourself with smart, good, professional people you can trust.