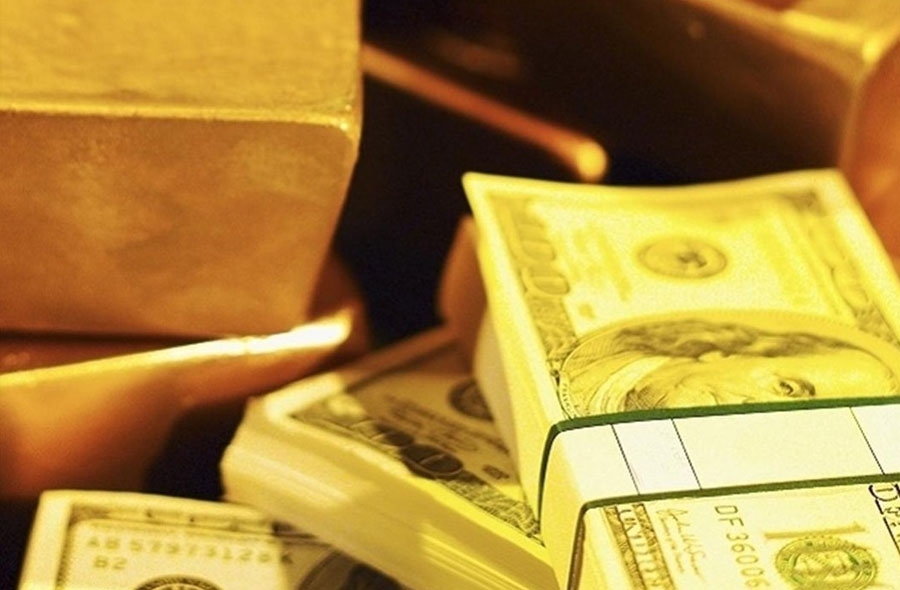 One benefit of my work with finance and investing is that I have the opportunity to meet, interview and befriend the great minds of today’s volatile financial times.

Whenever I’m confused about events in the marketplace, I call and ask these “thinkers” the question I have, gaining their view of this rapidly-changing world.

One Saturday in June, I had lunch with Richard Russell at his home in La Jolla, California, followed by an extended phone call to Bert Dohmen in Los Angeles. My questions that day were about gold and why it was dropping in price at the same time the United States, Japan and other central banks were printing trillions in phony money. If you print money, I thought, then the price of gold should go up.

My time with both men was well spent. They both believed the United States economy was strong, but they expressed the same concern: for how long? Both men concurred with my thoughts that all financial markets are now manipulated and we are no longer a “free market” economy. And while both men believed the future was bright for the few who knew what to do – it was potentially disastrous for those who didn’t.

Joining me in this article for Jetset is Andy Tanner, my personal advisor on paper assets. He will explain how the stock market offers extreme advantages to those with skills and experience, especially in volatile times. I’m sure you’ll find Andy’s insights as valuable as I do.

Like Robert, I feel fortunate to have the chance to speak with great financial thinkers.

I also get the chance to speak with thousands of people who are at the beginning of their financial education. In these uncertain times, people are getting tired of “advice” and hungry for real knowledge. They have watched their retirement accounts rise and fall on the roller coaster of the last decade. In the crash, 401(k)s turned into “201(k)s” and people are wondering if we are climbing the hill once again, only to fall faster and harder.

People seeking real knowledge are now asking better questions. Instead of trying to debate whether real estate is better than stocks, or if gold is better than oil, people want to learn what each asset brings to the table and how to use them wisely.

Most people have a sense that successful business owners leverage the expertise, education, experience and efforts of many people. They also take advantage of the tax code. Moreover, people have a sense that real estate can use debt as a lever and create wealth relatively quickly. Additionally, there is a sense that commodities, especially gold and silver, offer a hedge against a falling currency.

But when is comes to paper assets like stocks, I have found that the masses don’t really have a sense of what paper assets bring to the table and how the professionals use them.

Simply said, the big advantage of paper assets is that you can make money faster when markets are rising and crashing, often with little risk and very little money. 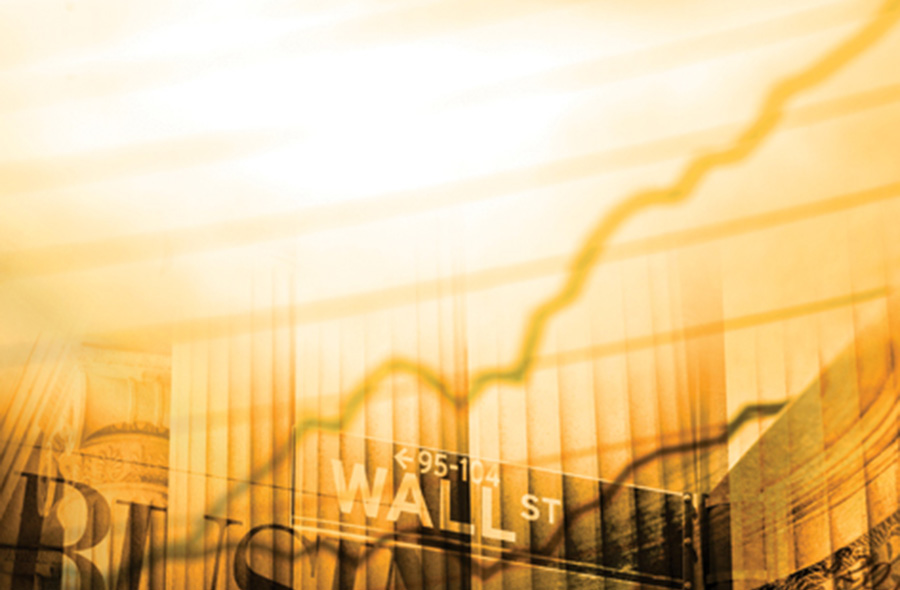 This is not the first time gold has been the center of attention. On April 5, 1933, President Franklin Delano Roosevelt issued Executive Order 6102, one of the most extraordinary executive orders in United States history. The order states:

“I, Franklin D. Roosevelt … declare that a national emergency still continues to exist and … do hereby prohibit the hoarding of gold coin, gold bullion, and gold certificates within the … United States by individuals, partnerships, associations, and corporations … All persons are hereby required to deliver on or before, May 1, 1933, to a Federal Reserve Bank branch … or to any member bank of the Federal Reserve System all gold coin, gold bullion, and gold certificates now owned by them … Whoever willfully violates any provision of this Executive Order … may be fined not more than $10,000 or … may be imprisoned for not more than ten years, or both.”

A thinking person would ask, “Why the worry about you and me having a little gold?”

And when I asked, “What else can the government can do to force us out of gold?” one of them replied, “The government always holds the power of taxation. Rather than a 28 percent tax on gains from gold investments, the tax could be raised as high as 95 percent.”

Neither man wanted to be quoted on anything to do with the IRS, especially after certain political groups appear to have been targeted during the 2012 Presidential campaign.

After my meetings with Bert and Richard, I sold all my gold and silver ETFs and am now purchasing physical gold. I did lose a bit on some of my ETFs, but since most of my purchases of gold were at below $1,000 and silver below $12, the losses were minimal. My thoughts are, “If the government does not want me to own gold or silver, I better buy as much real gold as I can as prices drop.”

When Fed Chairman Ben Bernanke announced the first round of QE, quantitative easing, he was explicit in saying that printing money was designed to boost the stock market. He said, “(QE) would boost consumer wealth and help increase confidence.”

Today, the stock market has recovered. Real estate sales are improving and car sales are hot. There are even rumors that the Fed may start easing up on the “easing,” which sent interest rates on the 10-year Treasury higher, possibly ending a 30-year bull market in bonds. 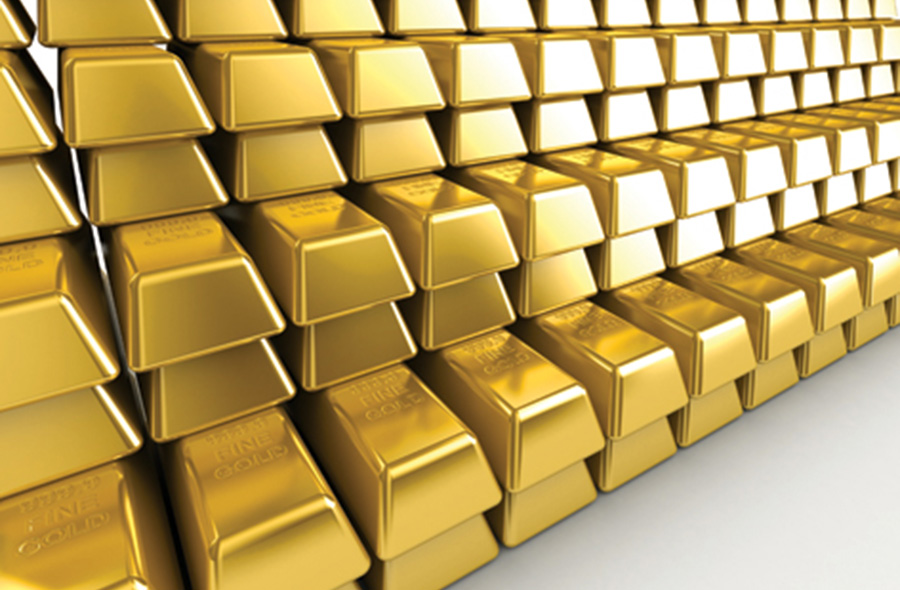 I am sure you have your own answers. Everyone seems to. Richard Russell believes the stock market was in a “primary” bear market when Bernanke began quantitative easing. He feels quantitative easing merely interfered with the wishes of the bear, and today the bear wants to complete the cycle, which means stocks must eventually continue downward. Richard Russell believes that QE is only increasing our national debt problem, not making things better.

Bert Dohmen believes the Fed will continue to engineer market corrections by dropping vague hints about ending QE, as he did on May 22, just to keep the speculative fever in check.

“People watched their retirement accounts rise and fall on the roller coaster of the last decade, wondering if we are climbing the hill once again, only to fall faster and harder.”

Nobel prize winning economist Paul Krugman, a regular on the financial news show circuit, does not think the United States has a debt problem. He believes we are a long way off from having too much debt and we should keep printing money to save the economy.

On the other side of the argument is Ludwig von Mises, the champion of the gold standard who said:

“True, government can reduce the rate of interest in the short run. They can issue paper money. They can open the way to credit expansion by the banks. They can thus create an artificial boom and the appearance of prosperity. But such a boom is bound to collapse sooner or later and to bring about a depression.”

So what do you think? Who do you believe? How does a person prepare for the future?

In my article in the next issue of Jetset, I’ll expand on this topic and Andy will contribute his thoughts on the four key advantages of paper assets: liquidity, agility, leveragability and scalability.

Watch for part two in the November/December issue of Jetset.