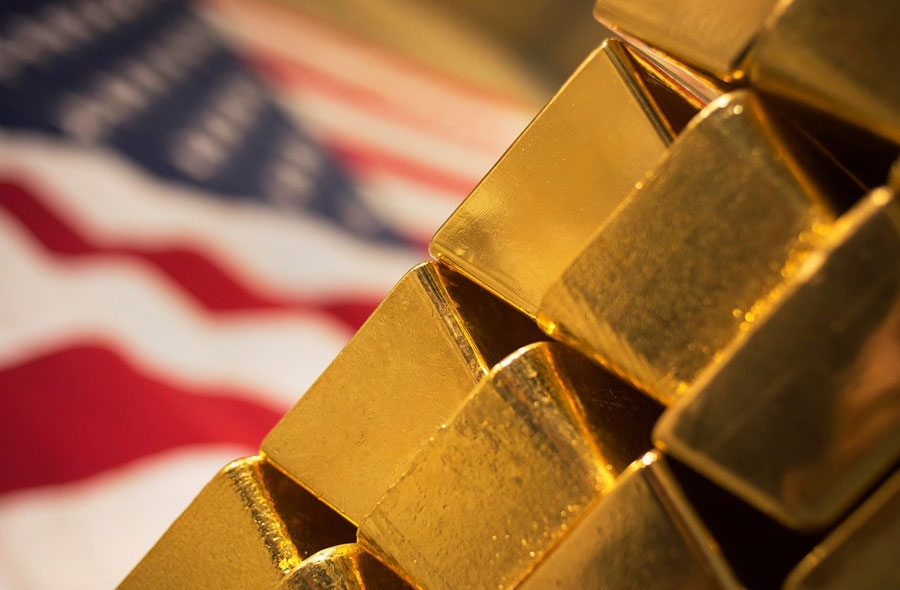 In my last article for Jetset, I set the stage for an overview of the advantages of paper assets.

I wrote about the government’s policy on QE, FDR’s Executive Order 6102 and the thoughts of economists, past and present. Many believe that the markets are being manipulated to push us into doing what the government wants: holding paper wealth – in the form of U.S. dollars – as the “currency” of choice. As promised, Andy Tanner, my personal advisor on paper assets, will contribute his thoughts regarding the key advantages of paper assets and how investors can use them.

Obviously, our government wants us out of gold. They want us in paper – paper they print. So one possible answer is to get into paper and make our leaders happy.

As Andy wrote in our last article …

Most people have a sense that successful business owners leverage the expertise, education, experience and efforts of many people. They also take advantage of the tax code. Moreover, people have a sense that real estate can use debt as a lever and create wealth relatively quickly. Additionally, there is a sense that commodities, especially gold and silver, offer a hedge against a falling currency.

But when it comes to paper assets like stocks, I have found that the masses really don’t have a sense of what they bring to the table and how the professionals use them. Simply said, the big advantage of paper assets is that you can make money faster when markets are rising and crashing, often with little risk and very little money.

There are four key advantages to paper assets: liquidity, agility, leveragability and scalability.

Paper Assets Can Be Very Liquid

High liquidity simply means they are easy to sell. If you own real estate or a business that carries an inventory, you can appreciate how difficult it can be to sell. Some people dislike face-to-face sales, but in today’s world of electronic trading, stocks are bought and sold faster that any human being could ever hope to do. In turn, this unprecedented speed can create unprecedented volatility. While the working masses have been taught to “hold” in their 401(k)s, the pros seize every opportunity to buy and sell, while mutual fund owners watch helplessly on the sideline.

The ability to sell can be an advantage. Even some real estate investors might like the idea of having a portion of their wealth in assets they can liquidate quickly. After all, if an apartment building catches fire, they just can’t pound a “For Sale” sign in front and get rid of it as the smoke billows out of the windows… Fire Sale – Hurry Up! It’s Going Fast! They must have insurance because they can’t sell. You get the point. With paper assets, the liquidity, the ability to sell in an instant, is built in. 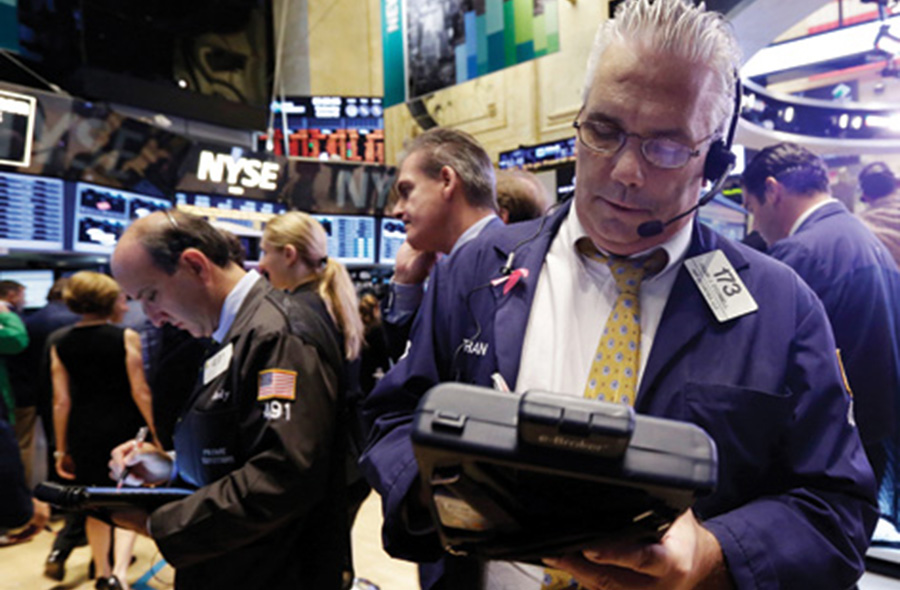 Many people are suspicious that the markets are being manipulated. But does that really matter? Markets will rise and fall regardless of the reason or reasons behind the moves. For sophisticated investors, opportunity abounds. For professionals, one man’s crisis in another man’s windfall.

Paper assets provide the agility to profit from any market moves – up, down, or sideways. They separate the pros from the amateurs. In the 1990s, billionaire Mark Cuban sold his company bradcast.com to Yahoo! for $7 billion. He later hedged his fortune with a bearish strategy to profit from the dot.com bust while the 401(k) owners fell down the dot.com roller coaster.

The 401(k) holders rode the roller coaster up again when Alan Greenspan dropped rates to create a housing debt bubble. When the housing coaster crested, Goldman traders Michael Swenson and Josh Birnbaum took short positions and made Goldman a fortune while the 401(k) amateurs lost half their retirement and, more importantly, advanced from age 50 to 60 with a decade of nothing.

If you are a buy-and-hold investor, you may care if the markets are being manipulated. If you are a paper assets pro, you don’t care. Opportunity abounds. The irony is that the very crash many people fear might be the very event that could bring the opportunity of a lifetime.

Which Way Are The Markets Moving?

If you know what you are doing, it really does not matter which way markets are moving. Who cares if the markets are manipulated?

As stated in Part One of this article, both Bert Dohmen and Richard Russell see a very bright future for those who know what they are doing… but a potentially disastrous one for most people.

The problems in the future are with those who are not prepared for the future. As you may know, the greatest fear of any bureaucrat or political leader is civil unrest. The primary reason why central banks are printing money is to make sure their citizens have jobs. If they do not print money, their currency becomes stronger, exports become more expensive, and expensive exports lead to higher unemployment. At the same time, when leaders weaken their money, inflation takes off, which also angers the citizens. 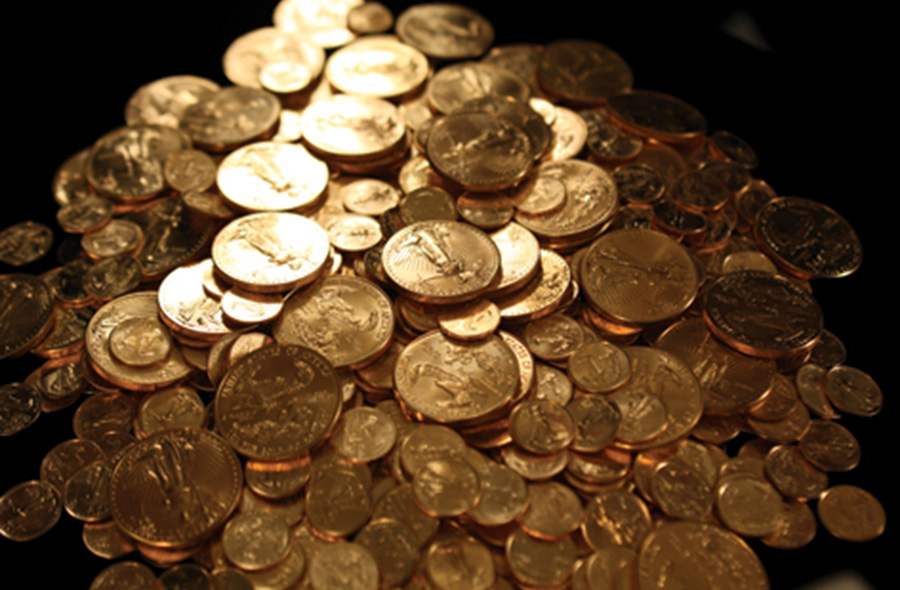 Andy Tanner: I do not know Mark Cuban, Michael Swenson or Josh Birnbaum personally. But I’d bet they were using leveraged instruments to short the market. While the average worker has an IRA filled with mutual funds that hold bonds and stocks, professionals use a mix of three markets: debt, equity and derivatives. During the build-up of the subprime bubble, Warren Buffett labeled some derivatives as “Financial weapons of mass destruction.” One could assume that he was not a buyer of derivatives, but what many people do not know is that he was a seller. He was selling derivatives on stock indexes and bonds for billions in cash flow.

Andy Tanner: The good news for the little guy is that paper asserts are scalable. The barrier to entry to trading paper like the pros is education, not money. Buffett might own millions of shares in Coca-Cola. But my two young boys walk in to McDonald’s like they own the place – because they do. At ages 5 and 7 they are shareholders. This is also good news in developing one’s education in paper because you can start small.

While some will continue wasting time in debate about which assets class is best, others will turn to increasing their education on the advantages of each one and find the mix that fits their goals.

It seems the best personal choice is to not be, or become, a part of the problem. Instead, learn to prosper regardless of whether markets are going up or down or sideways ‐ and buy as much physical gold as you can when prices are low. My feelings are: If the government does not want you to own gold… maybe you should.