Money: Past, Present, and Future 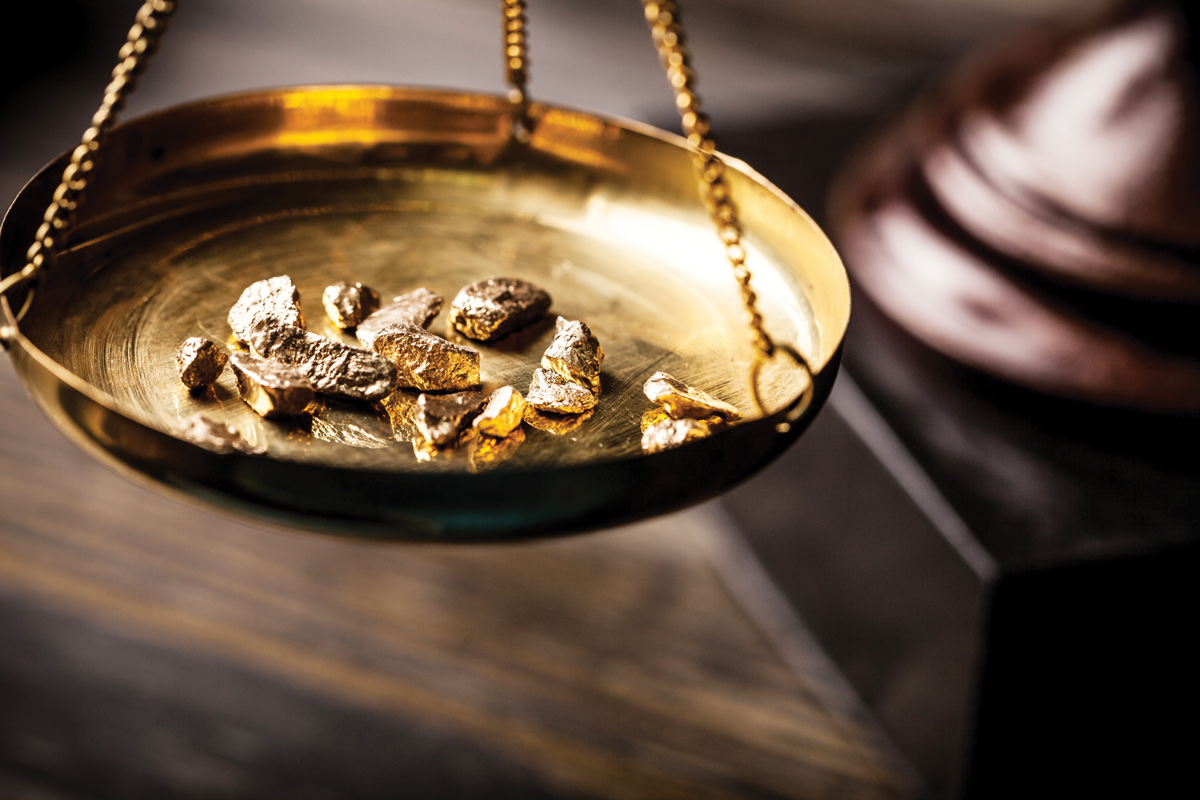 How often do you ask yourself: What is money? Throughout the ages, money has been different things to different people… at different times. At one time or another, shells, colored beads, feathers, stones, and cattle have all been used as currency, as mediums of exchange. Today, the modern forms of money are gold, paper, and the hot new kid on the block…Bitcoin. I have always found money — in all of its forms and functions — fascinating, and today with the invisible, could-be-gone-in-a-poof cyber ‘coin, it forces me to think about money and how it has evolved.

One interesting form of historical currency is the stone money found on the South Pacific island of Yap. As the story goes, around about 500 A.D., a person from Yap discovered limestone, 280 miles away on the island of Palau. The people of Yap already used stones as money, but since limestone was not found on Yap, limestone money became very highly prized by the Yapese. Today, although the U.S. dollar is the primary currency of the Yapese, limestone money is still prized by the people of Yap for marriage dowries, inheritance, and political favors. 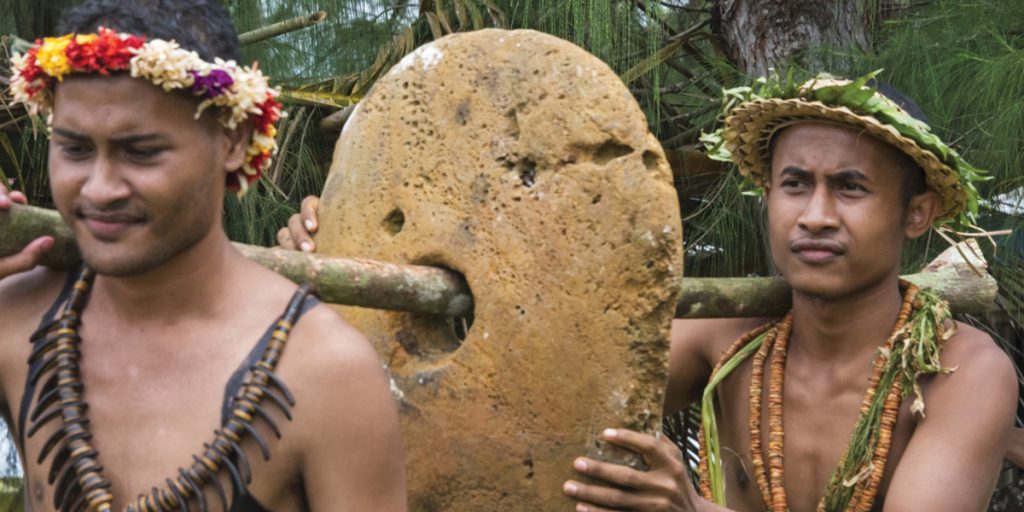 For hundreds of years, entrepreneurs from Yap risked their lives, sailing tiny canoes across open ocean to Palau, to acquire this precious limestone money. They paid for it with beads, coconuts, and copra (the fruit of the coconut palm). The real risk in the venture was returning to Yap with huge stones on tiny canoes. (Ironically, the value of the stone went up if an entrepreneur lost his life in acquiring the limestone money.)

The stone money of Yap varied in size from just a few inches in diameter to the largest being about 12 feet in diameter and 1.5 feet thick — and weighing over 8,500 pounds. There was a hole in the middle for a pole to fit through for transport of the stone. Once the large stone was in place — generally in front of the owner’s house — the stone was rarely moved. If it was sold or transferred to a new owner, the stone tended to remain in the same place, with only the title transferred to the new owner.

To most of us, the idea of a large stone disc weighing thousands of pounds and sitting in front of our house seems ludicrous. For most of us, money is paper — cash we carry around in our wallets, deposit with a bank teller, or withdraw from an ATM. 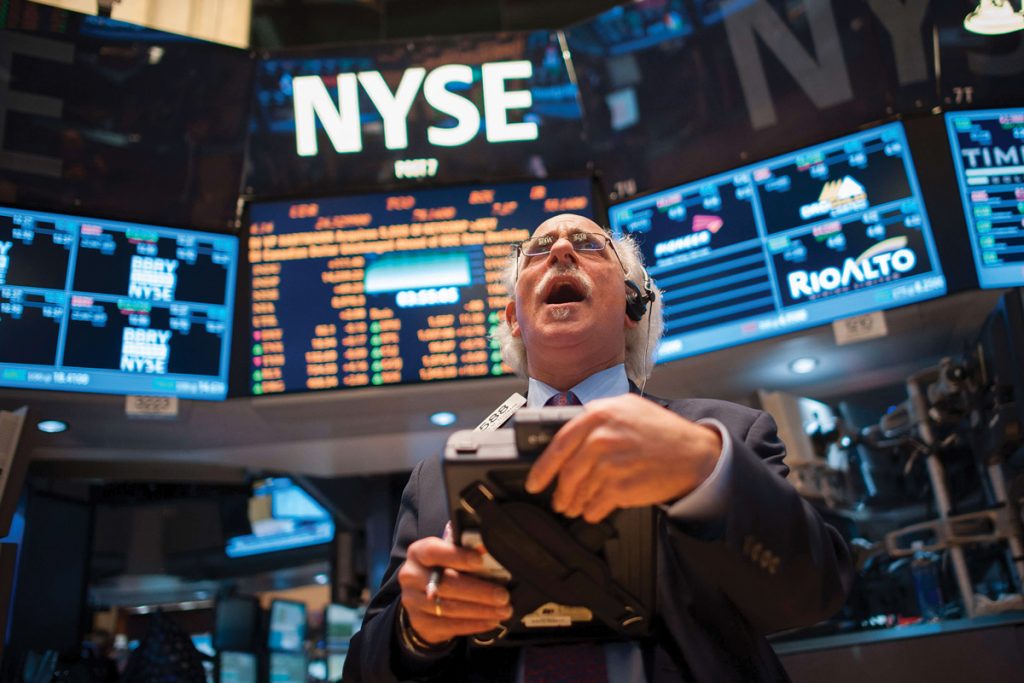 Thousands of years ago, modern paper money started as gold. The owner of the gold deposited it with a trusted person, known today as a banker. Once the gold was deposited, the “banker” would issue the gold’s owner a receipt, a paper certificate. The owner would put that piece of paper in his or her pocket and go on their merry way. Having “paper gold” — that receipt or certificate — was lighter, safer, and easier to use in doing business than carrying real gold.

“Bankers” soon realized the real owners of the gold preferred using the banker’s “paper gold” more than their own “real gold.” The bankers started “lending” more “paper gold” to people who needed money. This was the start of the modern banking system, known as the fractional reserve system. In other words, there was more paper gold in circulation than there was real gold in the bank’s vaults. And who needed real gold if people are happier with “paper gold”? 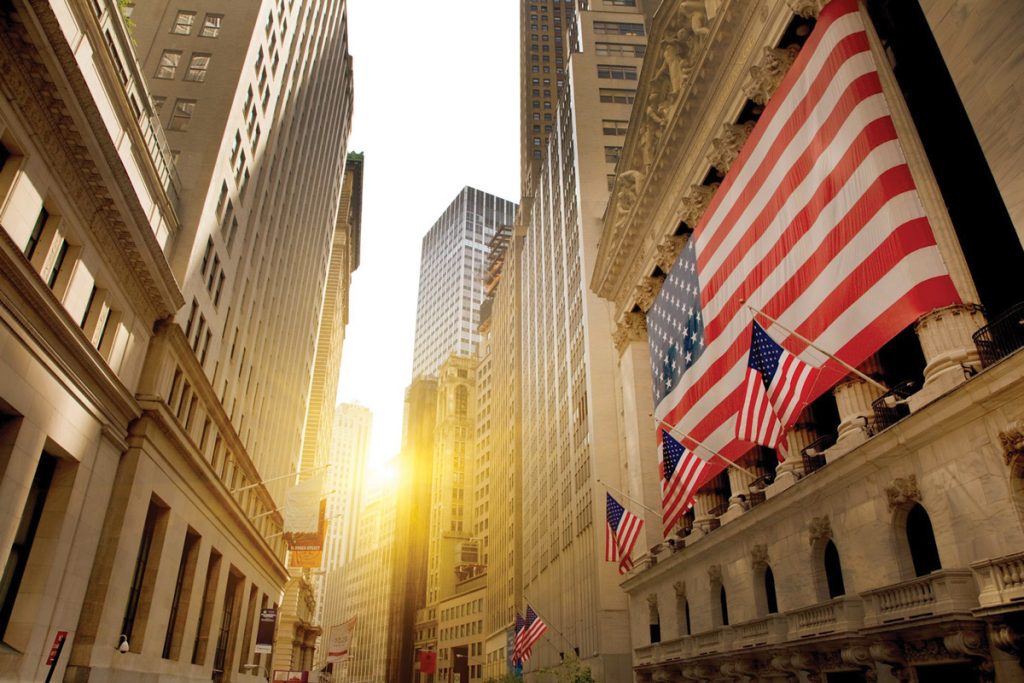 Today, modern American economists such as Milton Friedman (1912-2006) considered “real gold” to be as ridiculous as Yap stone money sitting in front of your house. Many people believe that English economist John Maynard Keynes (1883-1946) once said, “Gold is a barbaric relic of the past.” Keynes did not say that. What he did say was: “The gold standard is a barbaric relic of the past.” He was saying the “paper gold” standard was barbaric. He never said, “real gold” was a barbaric relic. At the time, he was critical of the “barbaric gold standard of England,” because the antiquated gold standard was choking the English economy. Keynes also said, “When the facts change, I change my mind.”

Is it time we change our minds about money?

Bitcoin is cyber money. Bitcoin was created in 2009 and sounded like science fiction, created by an anonymous person known as Satoshi Nakamoto and who was operating outside the traditional banking system. 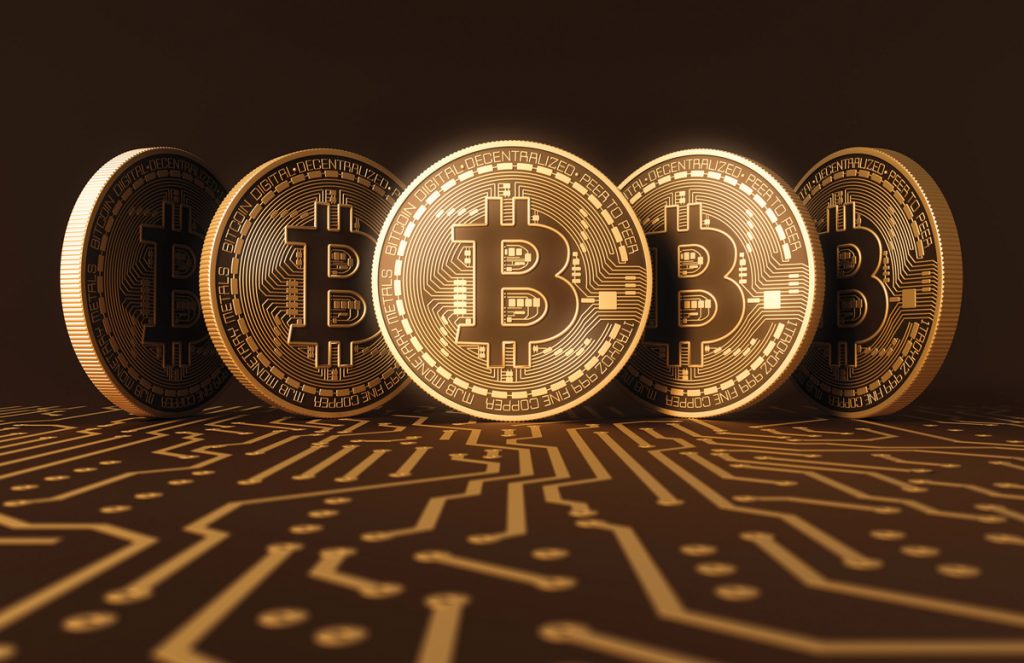 As the story goes, one of the first Bitcoin transactions was for two Papa John’s pizzas, negotiated for the price of 10,000 Bitcoins. Today, as I write this, Bitcoins are selling for record highs, and the value of a single Bitcoin is $17,599. You can buy a lot of pizza for $176 million. Some people are predicting a single Bitcoin to be soon worth over $100,000. Others are calling for its collapse. No one really knows how the story of Bitcoin will play out, which brings us to the 176 million dollar question…

Do I Own Bitcoin?

As the author of Rich Dad Poor Dad, the number one personal finance book of all time, nowadays I am often asked about Bitcoin. My answer is simply: “No, not yet.” Being somewhat of a technological dinosaur, I did not hear about this cryptocurrency until 2012, and I did not buy in when it was proposed to me. Now, of course, hindsight is 20/20, and like everyone, I wish I had purchased a few coins in 2009 (much like I wish I had purchased shares of Apple or Amazon around the same time). But alas, I did not. 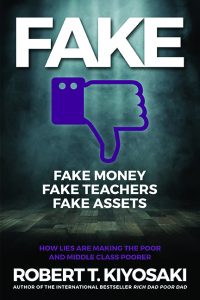 So when I am asked if I recommend buying Bitcoin, my reply is always the same: “If you are going to invest in anything — be it stocks, bonds, real estate, gold, oil, or Bitcoins — first study the subject and then find someone who is investing in the asset you are interested in and ask them questions.”

A friend of mine began investing in Bitcoin early and has done very, very well. He is on the board of a hedge fund that invests in technology, so he has had a front-row seat on the Bitcoin train. And I did exactly what I suggest you do. My wife Kim and I took him to lunch and asked him many questions. At the end of our lunch, Kim and I decided our best plan was to continue to do what we have been doing for years — invest in real gold, not paper gold like gold ETFs (Exchange-Traded Funds).

I have spent much of my life studying gold, silver, oil, business, and real estate. All things considered, I have done very well as an investor. I do not need any more money, nor do I want to be foolish or greedy chasing the next hot asset. But if you do feel you need more money, then studying and investing in Bitcoin or other cyber currencies might be your way to financial heaven. Nevertheless…

The Reasons I Stick With Gold Are:

1. Gold is made by God. Gold is atomic number 79 on the periodic table of elements. Gold is not man-made; the dollar and Bitcoin are.

2. Gold is not an investment. Gold has no yield because there is no risk. Man-made money must offer ROI, because man-made money has risk.

3. Gold has little industrial value. It is not a commodity like copper or oil. During the Great Depression, as commodity prices fell, gold prices did not. The reason the price of gold goes up and down is that the value of paper money is going up and down. The more paper money the government prints to pay its bills, the higher the price of gold. How long can governments keep printing money? No one knows.

Silver is both money and an industrial metal… atomic number 47. Many believe this makes silver more valuable than gold, especially as supplies of silver are depleted. I am one of those people. Gold is not used for anything except for jewelry. Gold goes into deep storage because gold is real money. I save real gold and real silver outside the banking system. I do not save cash, stocks, bonds, ETFs, or Bitcoin — or anything dependent upon a human being, an organization such as a bank, or electricity for its existence.

4. Gold is simple. Life is getting more complex. If there is a “black swan” event — an unknown catastrophe such as another 9/11, or a hacker who wipes out our military weapons systems, or an EMP (Electro-Magnetic Pulse) that fries our electrical system — all money backed by electricity, such as paper money, stocks, bonds, and Bitcoins, will be destroyed.

5. I purchased my first gold coin in Hong Kong in 1972. I paid approximately $50 for that coin, and I still have it. Today it is worth about $1,500. It has not gotten any bigger or more substantial, but the dollar has lost its value. History has proven that not one form of “man-made money” has ever survived. All man-made money, over the course of history, has always gone to its true value: zero.

I often wonder if the U.S. dollar, stocks, bonds, or Bitcoin will be around in 20 years. I don’t have to wonder whether gold, silver, and that Yap Island stone money will still be here. Call me old-fashioned, but I still cling to what I can hold.

#ThoughtfulThursday Catching a flight for the holidays? Combat jet lag with these mindful practices before you jet-off through other time zones!