Predicting the Future: Start by Studying the Present 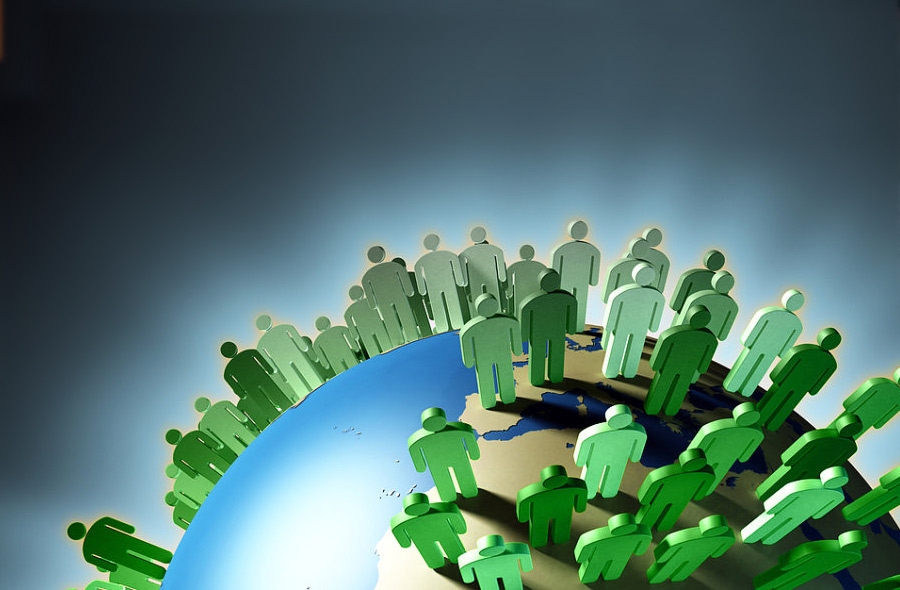 Demographic changes in the United States and elsewhere have major implications for all investment risks and returns.

This is certainly no secret. The more information about demographics such as population, employment and age that business and investment decision makers can appropriately group together, the more valuable the data will be to them.

For example, the combination of ever-declining birth rates and the ever-increasing numbers of pensioners could have disastrous consequences for pensions and wealth creation. Therefore, any business or investment should be constructed with rapidly and substantially aging populations in mind.

Demographic trends are facts, and what we all need for these future uncertain times are facts that can lead to more certainty. It’s not really that hard to predict that the U.S. and the world is growing in age if you look at a chart that shows live births and just follow the numbers. This information is readily available all over the Internet, yet most don’t pay any attention.

What I personally like about studying demographics is that I can reasonably predict the future outcomes of many businesses, economies and investments. There is still a bit of chance involved for sure, but if you know that in 1957 there were over 4.3 million births in the U.S., you can easily fast forward to 2017 and know that the ones that did not die will be 60 years old. That’s what I mean by certainty.

If you can match your businesses and investments to accommodate that group of people, well, then, you can look like a genius. Most 60 year-olds want the same types of things, so invest in those things. Simple. It’s your job to make sure your investment advisors are doing this. It’s also your job to know this information so you can discuss these things intelligently.

If you knew that in periods of recession and high unemployment that college enrollment skyrocketed, would this information be valuable to you? No jobs on the horizon means that people will stay in or go back to school. It’s certainly better than living at your parent’s house, and if you can get a student loan to pay for it, then why wouldn’t you? Most did.

Today, student debt tops $1 trillion. It’s the highest ever and it’s not just weighing down the 37 million former students who owe it, but the whole economy. It’s higher than the $700 billion Americans owe in car loans and the more than $800 billion on our credit cards. Across all households, the average outstanding college debt has increased to $26,682.

This is very important information. Entire industries can emerge when trends like this develop.

If you knew that the government was printing money, which is commonly called quantitative easing, could this information be beneficial to you? Hopefully, you answered yes.

If you follow the news, you would know that the U.S. government announced in September 2012 that they are increasing the money supply by at least 40 billion per month by purchasing bonds. It’s called QE3. More money in circulation, like QE1 and QE2, drives down the dollar value, increases bank savings and lowers interest rates. They say the objective is to control inflation. Time will tell on that issue.

What’s interesting is that in the announcement of QE3 in September, the Fed actually predicted a lower valued currency over time.

As the amount of money in circulation in the economy increases, people tend to save more. Guess what? Your savings deposit is a liability to that bank because they have to pay you interest on your money. It is an expense to the bank when they deposit your money. This is why your bank charges you for your bank accounts.

So here is my question. If this is not speculation, then why do people continue to save money in banks? If the government tells you that your money will be worth less in the future, then why don’t people listen? Saving rates today are at all time highs.

The goal of many central banks, publicly or not, is to devalue their currency to boost exports. This has happened time and time again over the course of history, as has the devaluation of every currency ever created. In fact, EVERY fiat currency since the Romans first began the practice in the first century has ended in devaluation and eventual collapse, of not only the currency, but of the economy that housed the fiat currency, as well.

In 2011, the world’s population surpassed 7 billion. While the rate of population growth has slowed in most parts of the world, we still will increase by nearly 80 million people every year — the equivalent of adding another U.S. to the world every four years. The number of people on the planet has doubled since 1960, and if current growth rates continue, the world’s population would hit between 9 and 11 billion by 2050, depending on who you ask.

These are trends that economists cannot challenge. The world will have a different face very soon. But the population story is no longer about growth alone. It’s a story about slower growth, increasing decline, older people and more urban living. For development, it’s also about where each of those trends occurs, and how they affect each other.

It may sound odd, but we are actually heading into a labor shortage. Despite a growing global population, the availability of skilled workers is actually shrinking, and no longer just in advanced, aging countries such as Japan and Italy. Now, some emerging markets, such as China and Russia, are also feeling a demographic pinch.

This is only the beginning. A demographic split will soon arise between countries with younger skilled workers and those that face an aging, shrinking workforce. The war for talent will become increasingly acute in certain sectors, especially areas requiring high skill levels and more education.

In the future, labor force demographics will shift profoundly. Your investments should follow these future trends.

I was in Japan and Italy a couple of times this year and discovered that both of these countries already have more people exiting the workforce than there are workers prepared to enter them. While in Europe, I also learned that in 2010, the European labor market marked the first time that more workers retired than joined the workforce. This trend is expected to surge to 8.3 million by 2030. By the end of this decade, other large economies such as Russia, Canada, South Korea and China will also have more people at retirement age than are entering the workforce. Young countries stand to profit from those trends, like India where one-third of the population is now under the age of 15.

History does offer us a storehouse of information about how people and societies behave, but it will not completely predict the future. Past information can be very useful, and if you keep observing these trends, you will be prepared to act on them if necessary. Demographics are always in flux, and so are the investment opportunities associated with them.

If you want a competitive advantage in the future, then think about and study the changing demographics as they relate to your investments. For most people, their investments are something that can often be easily forgotten or dismissed as unimportant if they are not in direct view. Out of sight, out of mind.

People live in the present. They plan for and worry about the future. By studying the future trends, you will see that the dots do connect the past, and that the past causes the present, and so the future. 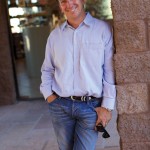 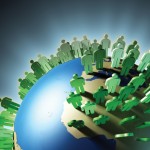 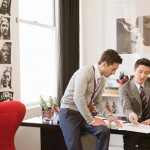 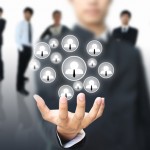