The “T” Word: The Truth About Taxes 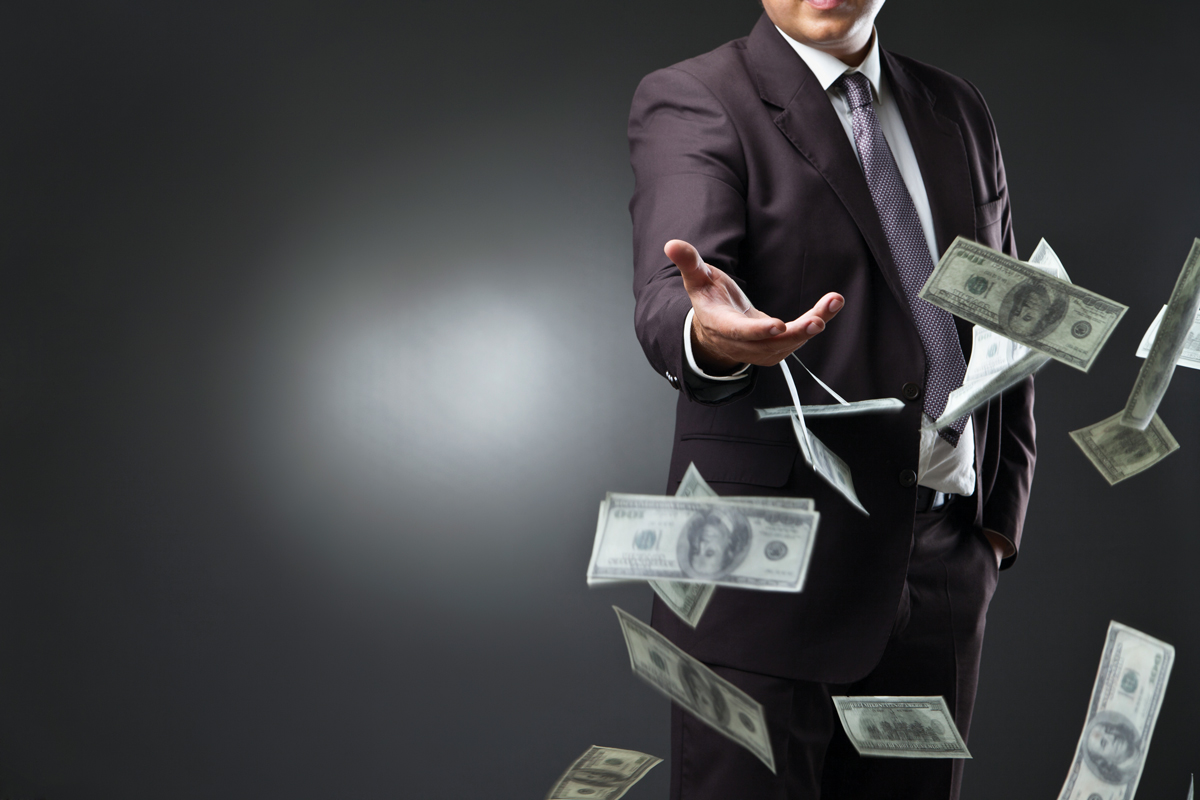 During the 2012 election, the candidates’ tax rates provided fodder for discussion… on taxes. President Obama reported he paid 20.5% in taxes and Governor Romney disclosed he paid 13.9%. Many believe this difference in effective tax rates was the final nail in the coffin for Romney’s bid for the presidency. During the 2016 election, Donald Trump never released his tax returns, and won. Which begs the question: Did our new president learn from Romney’s mistake?

Now let me ask a few questions. How much did you pay in taxes last year? What was your effective tax rate? If you made millions and you could pay less in taxes, did you/would you? Personally, I found it interesting that many Americans got angry rather than inspired to get educated. If I were an angry American, I would want to learn how to make millions and pay less in taxes. In this article, I will do my best to explain how Romney and Trump do it, and if you haven’t learned already, how you can too.

Taxes are an emotional subject. Many Americans believe paying taxes is patriotic, yet most forget that America was born out of a tax revolt, the Boston Tea Party, a protest against British taxation. Article I, Section 8, Clause 1 of the Constitution assigns Congress the power to impose taxes, but for years, America was a virtually tax-free country, with income taxes being raised only during times of war. As part of the Revenue Act of 1913, Congress enacted an income tax to help finance World War I. The problem is, the temporary tax became a permanent one — along with the belief that taxes are patriotic. 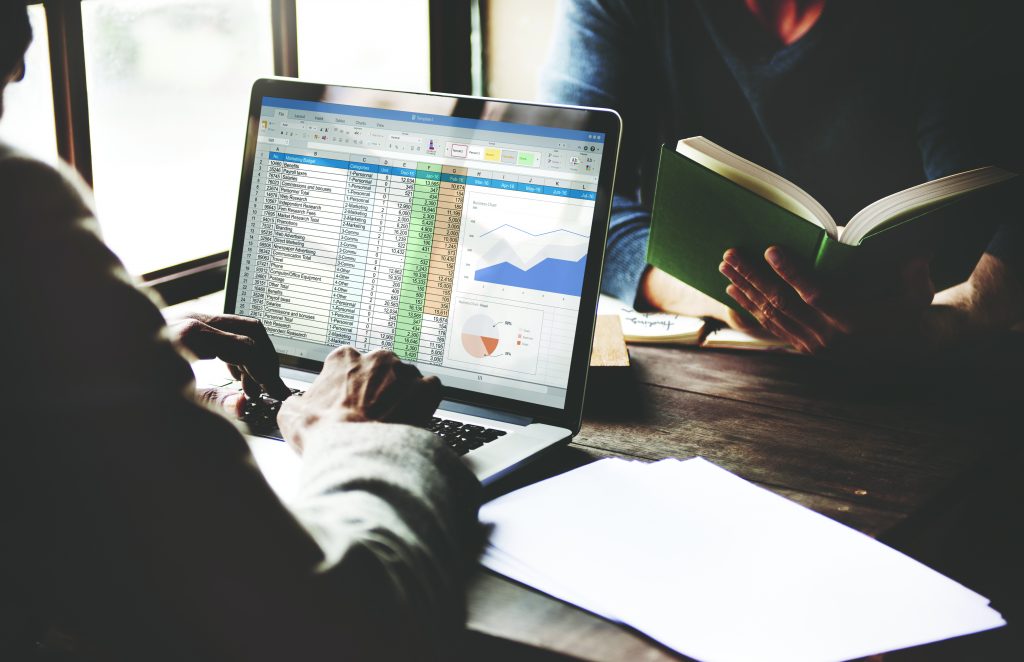 The Current Tax Payment Act granted the IRS the power to take taxes from an employee’s paycheck. In other words, the government got paid before the employee got paid. And the employer, the entrepreneur, had “wiggle room,” time to take appropriate steps to legally minimize the amount of tax paid. In other words, if you are an employee, with W-2 income, there is very little you can do. For employees who need tax assistance, mass-market tax preparer tools—like H&R Block or Turbo Tax — will do. Employers, entrepreneurs, and business owners require more sophisticated counsel and strategies, a higher level of tax advice.

My personal tax advisor, Tom Wheelwright, is the smartest CPA I have met, and I have met many. Tom specializes in tax strategies for entrepreneurs. The best thing about Tom is he is a great teacher, keeping tax and taxation simple enough for an entrepreneur like me to understand. His book, Tax-Free Wealth, is a must-read for entrepreneurs who want to earn more — and keep more of the money they earn by reducing the taxes they pay. If you believe you are paying more than your fair share in taxes, you may want to read the book and then have your accountant read it and begin a heart-to-heart discussion.

For those who may not have read my book Rich Dad Poor Dad, my rich dad was my best friend’s father who began teaching his son and I about business, money, and entrepreneurship when we were only nine years old. Pictured below is my rich dad’s CASHFLOW Quadrant. It’s a simple diagram my rich dad used to explain the world of money to us. 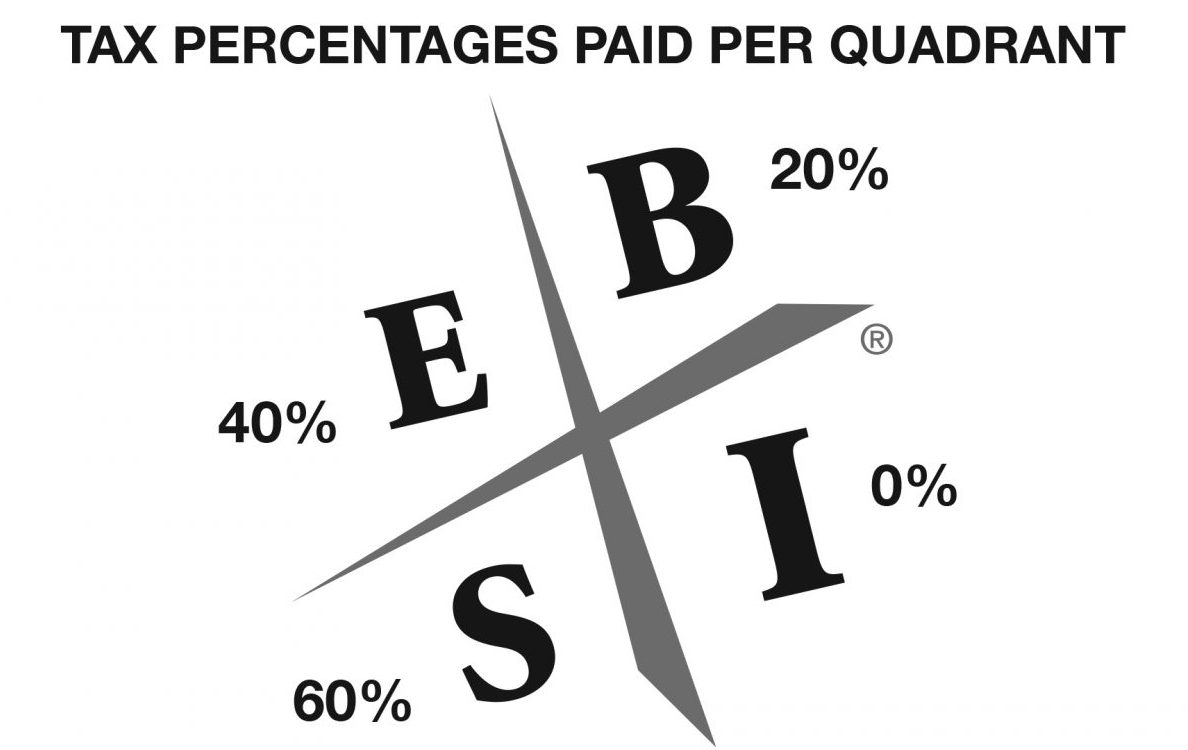 In the diagram, “E” stands for employee; “S” stands for small business, self-employed, or specialists, like a doctor or lawyer; “B” stands for big business (one with 500 employees or more); and “I” stands for professional investor vs. passive investor. Passive investors are individuals who have 401(k), IRA, Roth IRA, or a pension plan and tend to invest in stocks, bonds, mutual funds, and ETFs.

Notice the employee in the E-quadrant pays approximately 40% in taxes while the professional investor in the I quadrant may pay 0% in taxes. By the way, these percentages are worldwide. I state this because Tom and I teach all over the world, and no matter where we are, someone always stands up and says, “You can’t do that here.”  Obviously, the people who say this earn their income in the E or S quadrants. In most cases, these are the same people who get upset with Romney and Trump.

Another way to look at the CASHLFOW Quadrant is to overlay our political leaders on the quadrant. 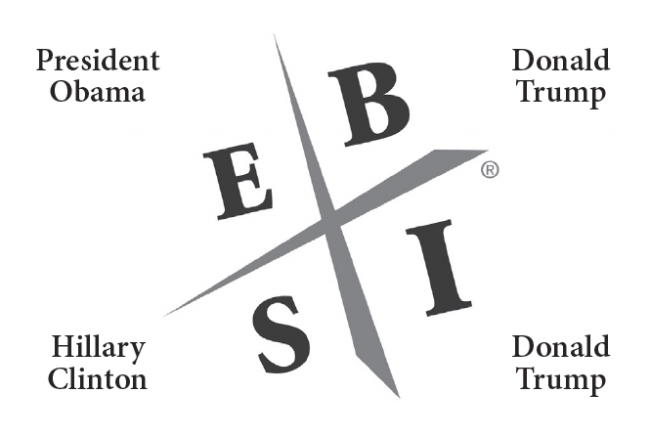 Another comment Tom and I often hear is: “Taxes are not fair.” Tom’s reply is, “Taxes are fair. Tax laws are available to everyone, rich or poor. Anyone can pay 0% in taxes, if they do what the people in the I quadrant do. The problem is, our educational system trains people to work in the E and S quadrants, not the B and I quadrants. Taxes begin when a parent says to a child, “Go to school and get a job.” The student, following this advice, winds up in the E quadrant. Or, if the parent advises the child to “Go to school and become a doctor,” that student often winds up working in the S quadrant.

“You Can’t Do That Here”

When Tom hears this, he agrees that you can’t pay less in taxes from the E or S quadrants. If the person wants to pay less in taxes, that person needs to change quadrants. For example, one of Tom’s clients is a medical doctor in California. The doctor was happy because he finally grossed over $1 million. The problem was, he paid nearly 70% in taxes. To reduce his taxes, the medical doctor bought a large office building and began renting medical offices to other doctors. In other words, he kept his job in the S quadrant and also became a professional real estate investor in the I quadrant. Today, he is making much more money because he has a supplemental rental income. On top of grossing more, his effective tax rate is now around 18%…in the same category as Romney and Trump.

Tom points out that the tax code is not about paying taxes. Ninety percent of the thousands of pages of tax code are about how to pay less in taxes. Tom has taught me that the government offers tax incentives to anyone who will partner with them. For example, the entrepreneur in the B quadrant pays less in taxes because he or she and their business is creating jobs. The government wants people to create jobs, not look for them. The real estate investor in the I quadrant pays less in taxes because the government wants entrepreneurs to provide housing and use debt to finance their properties. The government wants people to own their home, so there are also tax incentives for homeowners, and they want you to be charitable, so most donations are tax deductible. Again, most of the tax code is not about paying taxes, its about partnering with the government to do what they want done.

Look at it this way. An employer offers an employee overtime if they work harder. The overtime pay is an incentive. For the affluent in the B and I quadrants, the government offers tax incentives: the opportunity to pay less in taxes. These incentives are not loopholes. They are not accidents, waiting for a clever person to cheat the government. The tax code is made up of thousands of pages because there are thousands of ways to partner with the government. It is up to you to decide if you want to do it. Paying less in taxes is patriotic. (Unless of course you actually are cheating on your taxes, which is simply unacceptable.) 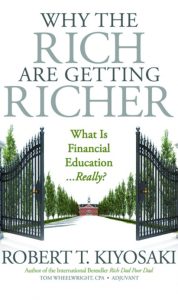 Who pays the highest percentage in taxes? The answer to that question is found in the three types of income. Passive Income pays the least in taxes, possibly 0%. Portfolio Income, or capital gains, pays the second least in taxes, approximately 20%. And Ordinary Income pays the highest. People who have a job and earn a paycheck work for Ordinary Income. Interest from savings or a 401(k) is taxed as Ordinary Income. In other words, many of the people who got angry at Romney and Trump are the people who work, save, and invest for ordinary income. And most of these people are decent, hard-working Americans who believe they are doing their civic duty. But if they learn to switch the types of income they earn by partnering with the government, they can make more money while being truly patriotic.