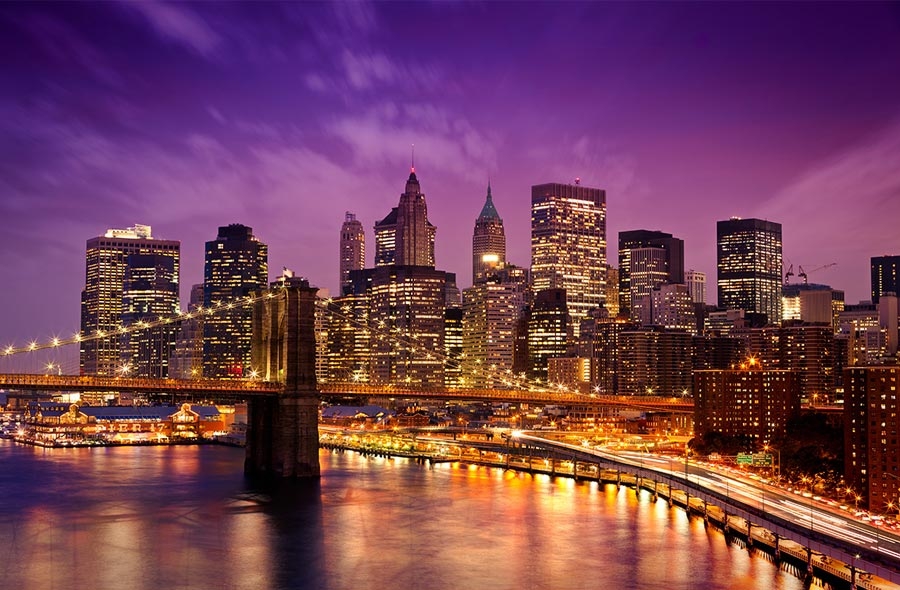 For post-war and contemporary art, New York is the most significant market among the primary and secondary markets before London and Hong Kong,” says Noah Horowitz, managing director of The Armory Show, as well as an expert on the international art market and the author of Art of the Deal: Contemporary Art in a Global Financial Market. “The ecology of collectors and institutions is very strong.”

New York City has been the heart of the contemporary art world since the 1950s when Jackson Pollack was banned from the Cedar Tavern for bashing in the men’s room door. Despite the financial crisis and cautionary predictions about the art market bubble bursting, it’s gotten bigger, fueled over the past five years by the emergence of a new cadre of art fairs. These fairs have attracted global buyers, art intelligentsia and wannabes in droves. As attendance soars to record highs, even New York-based galleries now budget for the costs of participating because they can reach more buyers in a few days than they might reach in their galleries over the course of a year.

“Galleries Are Increasingly Places To Mount Exhibitions That Garner Prestige Rather Than Focus On Selling.”

Like in Miami, there’s a hierarchy to the New York art fairs – an upper echelon. But in New York, there’s no penultimate Basel equivalent, but rather three fairs that vie for the top: The Armory Show, The Art Show presented by the Art Dealers Association of America (ADAA) and Frieze New York. One show stands out among those in the next tier down, the buzz-worthy Independent fair. Unlike Miami, the New York fairs happen in spurts. The Armory Show, The Art Show and Independent happen first in early March. Frieze is held a few months later in early May.

The Armory Show provides a platform for significant work of the 20th and 21st centuries from over 180 international galleries. It’s a behemoth of a show, but it’s manageable because it’s divided into three sections that take place at Pier 92 and Pier 94 at 55th street on Manhattan’s West Side. Pier 94 is dedicated to galleries showing new art by contemporary artists. Galleries at Pier 92 show historically significant modern and contemporary art. The Focus section highlights a different global region each year, and this year, it’s the U.S. Eric Shiner, director of The Andy Warhol Museum in Pittsburgh, is providing curatorial vision for the 17 established and emerging galleries that are featured.

The show used to be larger. Horowitz explains, “We made a strategic decision to refine the show, reduce the number of galleries and work with architects to improve the layout. People will see those improvements in 2013.”

This year The Armory Show will pay tribute through a series of special events and lectures to the 100th anniversary of the 1913 Armory Show, which Christopher Knight of the Los Angeles Times recently referred to as, “… arguably the most famous art exhibition of the 20th century.” It was a controversial show that brought avant-garde European artists in front of an astounded U.S. audience with works like Marcel Duchamp’s 1912 painting, “Nude Descending a Staircase.” That show was the inspiration for the current show, which was founded in 1994. The title refers to the location of the 1913 show and the former location of the current show, the 69th Regiment Armory on Lexington Avenue.

Horowitz has amassed a Centennial Committee that reads like a who’s who list of the world’s top art collectors. He says, “We decided the committee should be principally collector-focused, but it’s not like a museum trustee board. There’s no financial commitment. It’s more about creating a community and providing access to private collections.”

The Art Show is celebrating an anniversary, too. Linda Blumberg, executive director of the ADAA, says, “This is our 25th anniversary year. We’re the oldest running art show in America.” The show is smaller than The Armory Show and different in scope. It features 72 dealers and galleries, only from the U.S., that present curated solo, two-person and thematic exhibitions. People often confuse The Art Show with The Armory Show because it’s located at the Park Avenue Armory, a beautiful Victorian building that’s in the midst of being restored, but the shows are quite different.

Blumberg explains, “Ours is a boutique art show. We’ve never made it enormous or about the newest, latest greatest work coming out of studios. It’s always featured a cross-section of our membership.” Exhibitors are ADAA members, but not all members are guaranteed a spot. “It’s quite competitive,” adds Blumberg. “We only have 72 booths and we get over 100 applicants.”

The thoughtful curation at The Art Show provides a different visitor experience, perhaps a more manageable one. Adam Sheffer, a partner with Cheim Read and the show’s chairman for the past four years explains, “The decision by dealers to do curated booths evolved organically, but it’s made the fair distinct.” He adds, “Members have to submit a quality proposal. Some use their booths to complement their gallery show.”

Sheffer will also participate again in Frieze New York in its second year. It’s held on Randall’s Island, which runs adjacent to the FDR Drive on the Upper East Side extending towards 125th Street in Harlem. The location was controversial, but Sheffer thinks it was a great idea. “I thought it was clever, fresh, exciting and an innovative choice,” he remarks.

Amanda Sharp, the director of Frieze New York, an offshoot of Frieze London, initially found the island while doing a Google Maps search for green space in Manhattan. She explains, “I went there and it took 25 minutes from Tribeca. I was very excited because it was like old New York. I thought it could give New Yorkers a unique perspective on their city.”

The fair takes place in a large tent on the island that is designed by So-iL, an architectural firm with offices in Brooklyn. It houses over 180 leading contemporary art galleries, as well as restaurants. Frieze also features an outdoor waterfront sculpture park. There’s a stringent vetting process and over three times the number of galleries that are accepted apply. Sharp explains, “The fair is only successful if you have quality galleries.”

Many gallerists like Sheffer participate in multiple New York fairs. He explains, “We do The Art Show because we can do a one-person show in our booth and we have limited gallery space. We do Frieze because we want to show great recent and historical works by artists. Each fair serves a different curatorial purpose.”

Where Frieze New York, The Armory Show and The Art Show provide traditional exhibition booths, Independent takes place in an open, loft-like warehouse building in Chelsea. Co-director Jayne Drost Johnson explained that they build the architecture of the space around the artwork that the 49 participating galleries are exhibiting, keeping it fluid to accommodate sculpture, video, installation and performance work. “It’s important for us to try to keep this in mind when developing the layout, rather than forcing the work to conform to a preconceived architectural structure.”

Unlike the other fairs, Independent is not vetted. Instead it’s an invitation-only fair. Drost explains, “Selection happens in an organic way. We consider how each gallery’s unique perspective or point of view is contributing to the ensemble.”

“Independent is the most avant-garde,” says Kathy Battista, director of contemporary art at Sotheby’s Institute of Art. “It’s a more open and congenial atmosphere. This is one I never miss because it’s a more digestible and pleasant experience. It feels less like business and more like fun.”

Though galleries abound in New York, art fairs have become the venue-of-choice for collectors who can view and buy work from multiple galleries in a single day. According to Battista, “The shift to the fair as the main site for buying and selling is a trend that has been building over the past decade. Galleries are increasingly places to mount exhibitions that garner prestige rather than focus on selling.”

Joseph Manqueros is an independent fine art advisor and co-founder of Junzi Consultants. As a speaker, writer, and educator with over 30 years experience, Mr. Manqueros has lectured on the future of fine art worldwide. JunziConsultants.com

Jenifer Mangione Vogt is founder and CEO of Mangione, Inc., a boutique public relations and marketing firm that specializes in art, culture and hospitality clients in Palm Beach, New York and Italy. 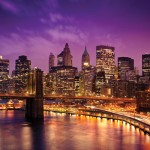 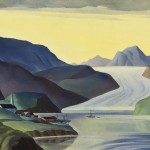 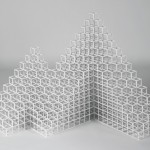 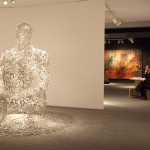 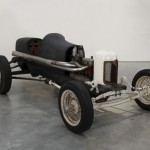 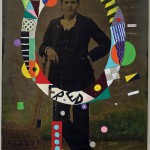 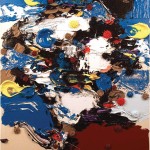 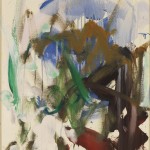