The Art of Tomorrow an Investment for Today? 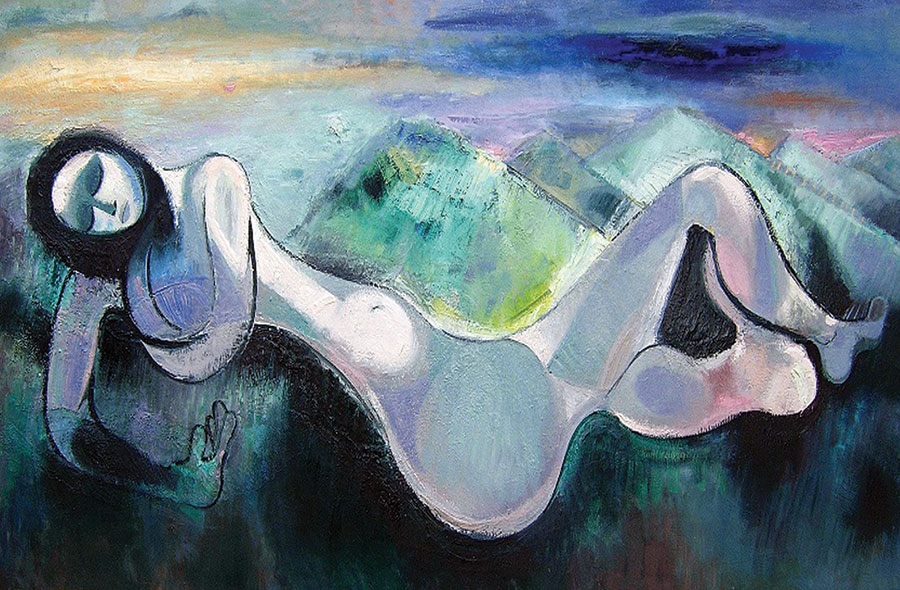 This past December 2013, I had the opportunity to sit down with private art advisor/dealer Blake Benton, to chat about his thoughts on the movement currently taking place with Modern Art. Benton has created one of the largest known indexes of Modern, Postwar, Contemporary and up-and-coming American modern masters in existence. Under the tutelage of his mother, Kaycee Benton (1941-2013), one of America’s acknowledged top ten “Ultimate Authorities of American Art,” Benton has solidified his expertise in Modernism and Modern Art, most notably works collected by Solomon Guggenheim and the Guggenheim museum.

JM: You have become well recognized for your ability to spot “winners” when to comes to Modern Art today. Regarding the collecting of investment-quality Modern Art — what would our subscriber/collectors find surprising?

BB: “Well… there is a good chance that even knowledgeable collectors acquire works of art from their dealer du jour, for somewhere between 5-50 cents on the dollar to what the dealer paid.

JM: That being said — what have some of history’s “knowledgeable” collectors had in common?

BB: “Shockingly, it is not unlimited capital. Vanguard collectors like Barnes, Phillips, the Guggenheims (Solomon and his niece Peggy), collected what historians describe as relatively unknown but wildly talented artists, or promising but unknown artists. Barnes acquired his first Picasso for $300 [about $6,500 value in 2010]. Phillips could ill afford large holdings of the ever-more expensive French Impressionists, so he sought out undervalued modern American art. Solomon Guggenheim collected numerous works by many out-of-favor artists in a lucrative wartime market. Also, their collecting activities were often derided and ridiculed, or even called degenerate. [In 1939, Bauer’s Museum Das Geistreich, dedicated to non-objective art, was closed by the Nazis, who proclaimed the institution as being devoted to “Degenerate Art.”] Additionally, they all used art advisors. Barnes used William Glackens, Duncan Phillips used Kenyon Cox and Alfred Stieglitz, Solomon Guggenheim used Hilla Rebay, Peggy Guggenheim used Harold Reed, Marcel Duchamp and others.”

JM: Those collectors were known for large holdings of individual artist’s works — correct?

JM: You tend to focus heavily on “Guggenheim Artists,” why this interest?

BB: “Art historians and scholars alike are only now beginning to assess how the inclination of the Guggenheims’ collecting habits played a vital, developmental role in America’s first art movement of international importance. Ultimately, the New York School of Art established America’s post-war dominance of the global art world. The Guggenheims are acknowledged, first and prime patrons of various avant-garde Modern Art movements, both having played a leadership role in the history of art and cultural life in America, and if you think about it — what better influence could one follow?”

JM: In addition to collector “influences,” there were contemporaneous influences among artists — can you elaborate?

BB: “Sure – one of Peggy Guggenheim’s eventual rising stars, Jackson Pollock, was working at The Museum of Non-Objective Painting as a carpenter when he came to the attention of both Peggy Guggenheim and Rolph Scarlett. At the time, Scarlett was a docent and lecturer at the museum. Pollock’s influence can clearly be seen in the early drip work depicted above by Scarlett — his largest extant drip painting.”

“The Guggenheims are acknowledged, first and prime patrons of various avant-garde Modern Art movements, both having played a leadership role in the history of art and cultural life in America.”

JM: Are there any new “rising stars” that have come to your attention?

BB: “One of the more important recent discoveries I’ve been working on is the Eugene Biel estate, another early Guggenheim “Forgotten Master” who exhibited with Bauer and Scarlett.

Biel was close friends with Picasso, Leger and Chagall, and all three luminaries wrote Biel personal letters of recommendation to facilitate his deserved entry into American artist’s circles. Biel was represented by the prestigious Wildenstein Gallery in Paris in the 1930s and, like Bauer, Biel was targeted by the Nazis due to his radio broadcasts of timely, “vitriolic commentaries” on the regime. Biel fled to Paris on Anschluss Day, March 12, 1938, when Biel’s homeland, Austria, was proclaimed a province of Germany. Tragically, Biel’s wife Mary was later crippled when the Luftwaffe strafed her car during her escape from Orleans with her husband’s art. Eventually, with assistance from Mrs. Averill Harriman, the statesman’s wife, the Biels made it to New York City, where in 1943 his work caught Rebay’s attention. Biel’s subsequent Guggenheim grant/stipend of eight years was second only to Rolph Scarlett’s fourteen-year association with the museum.”

JM: How has interest in these artists stimulated current market conditions?

BB: “A little over five years ago, Bauer’s record price at auction was about $45,000 — today it’s over $1.2 million — whereas Scarlett’s work over the same period has risen approximately 100 percent at auction and galleries are consistently getting over $250K for superior works — credible evidence that “Non-Objective Art” has been undervalued for decades.”

JM: What are some concluding thoughts on the future of collecting modern art?

BB: “As I am currently pursuing yet another group of early Guggenheim Masters — I can’t help but wonder why it has taken 75 years to acknowledge the forerunners of America’s greatest contribution to art? Also, with many of these blue-chip artists still available for pennies on the dollar, I ask myself, who will be the next vanguard collector?” 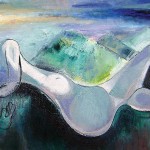 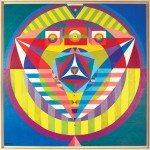 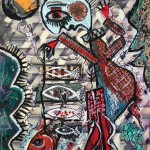 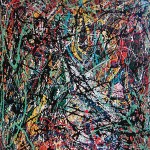 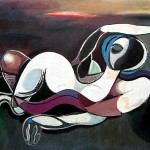