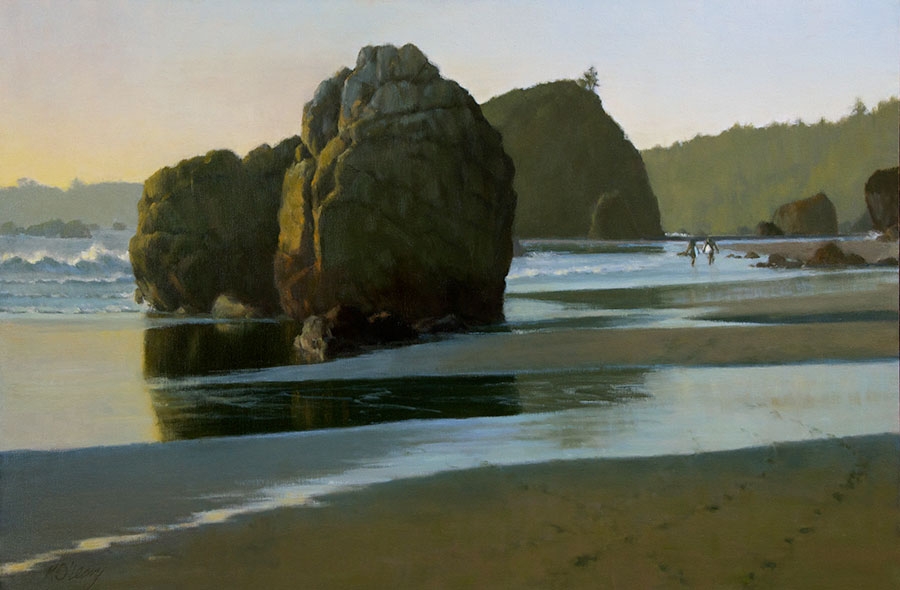 Kathy O’Leary is a landscape painter, who draws much of her inspiration from the natural environment of her home state, California.

She has been a professional artist for over 20 years, and works exclusively in oils. Born in California , she was raised south of San Francisco in the Santa Clara Valley and grew up playing in the orchards and creeks of what was then a rural environment. Her love for the rural landscape has continued as a painter, now living on California’s far north coast. She works both on location (en plein air), and on large pieces in her studio overlooking Humboldt Bay.

For Kathy O’Leary, the landscape of California offers all the variety a landscape painter could want to express the beauty of the natural world. Finding inspiration in the California Impressionists of a century ago, her work displays dynamic interplays of light and shadow, using at times vibrant color, at others a more tonal approach. Her compositions exemplify a keen mastery of design. At the same time, she is resolutely a contemporary 21st Century painter who has been called both a ‘Contemporary Realist’, and a ‘Modern Impressionist’.

Her art studies began early in high school, and continued in college . However, dissatisfied with the concentration on illustration and commercial art, she took several years away from the field before returning to focus on fine art. As a professional, much of her artistic development has been self directed. Her longtime home in the virtual artist colony of Humboldt County, provided artistic support and opportunities to work alongside the county’s many talented artists. She also studied with other contemporary artists, like Scott Christensen, Jim McVicker, and several artists from Plein Air Painters of America as well as several other contemporary plein air painters.

This painting, “Ranchlands in Afternoon Light,” was awarded “Best in Show”, at November’s Morris Graves Museum of Art Annual Member Show. The juror, Brandice Guerra, described the painting as “a masterfully composed and very skillfully rendered work. A beautiful depiction of a forested landscape blanketed in warm sunlight following in the great tradition of the California Tonalist painters. Like the Tonalists before her, she carefully describes only that visual information vital to communicating that particular sense of light and space at that particular moment in time.”

For Kathy O’Leary, painting on location is some of the most stimulating and challenging work she does. She takes several trips annually to explore, paint and photograph. While she focuses mostly on the disappearing rural landscape of the state she finds much natural beauty in and around urban areas as well. The coastal regions, the ranch and farmlands and vineyards are some of her favorite subject matter.

Kathy’s work can be seen in several galleries in California including: Elliott Fouts Gallery, Sacramento, The Studio Shop, Burlingame, SewellGallery, Eureka, and Strawberry Rock Gallery in Trinidad(CA), as well as other regional venues. Her work also appears regularly in national and regional juried exhibitions, where she has also garnered several awards. Much of her work can be viewed on her Web Site and Blog. 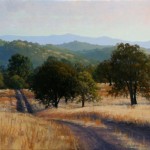 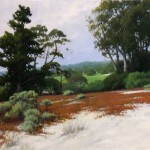 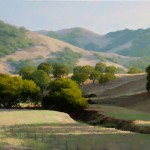 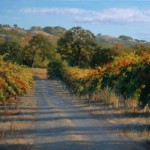 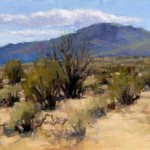