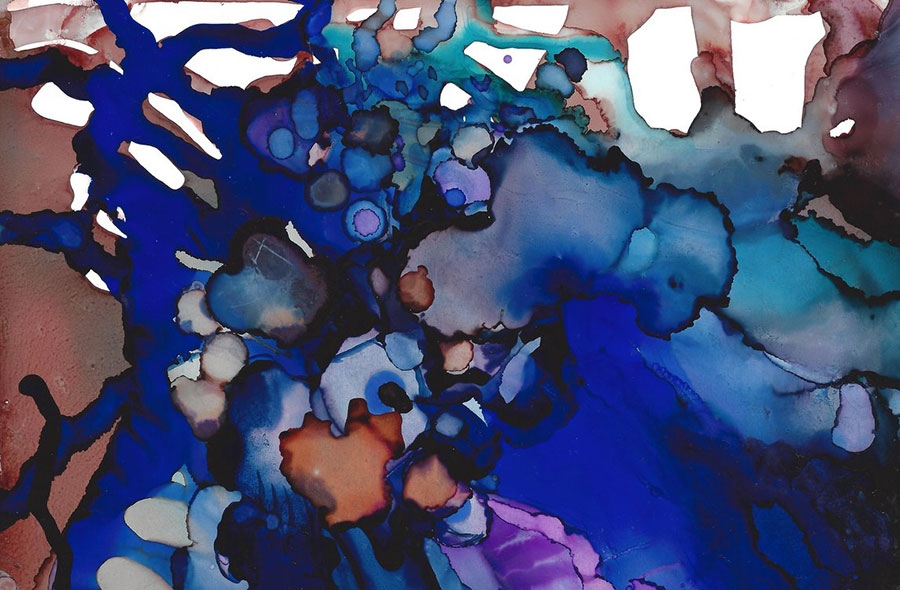 Lou Jordan was born in Shanghai, China, the daughter of a U.S. Naval Officer stationed there at the beginning of WWII, and grew up in San Francisco, Hawaii, and Alexandria, Virginia, one of five sisters.

She attended Smith College in Northampton, Massachusetts, majoring there in Fine Arts. Her art career was put on hold until her children were grown, when she fell in love with watercolor and decided to take up this most challenging medium, enthralled with its color, freshness, and energy.

Moving to New Orleans in 1995, she began studying at the New Orleans Academy of Fine Arts, taking every workshop she could find, studying with Jack Beal, Sondra Freckelton,, John Salminen, Katherine Chang Liu and studying for five years with Milford Zornes, of the California regionalists school who were painting during the 1930’s.

After the upheaval and destruction of the Katrina flood, in 2005, it was two years before she was able to paint again. All her creative energies were taken up with repairing her damaged city, her flooded home and studio, and dealing with the ugliness, desperation and anxiety all around her. Finally in the fall of 2007, the pent-up images in her artist’s soul burst forth, surprising even her with the intense color and imagery they portrayed. Jordan left behind the atmospheric landscapes and ventured into the world of large, very bright acrylic canvases, abstracting into geometric forms from the playful carnival aura of New Orleans.

Lou Jordan then discovered the excitement of watercolor and alcohol inks on Yupo, a slick, plastic-like surface where one can manipulate the paint, producing wonderful textures and super-bright colors. She soon moved into large paintings that are semi- abstractions of memories and metaphors: bridges, cities, the cracks between dimensions, towers, a sense of space and timelessness and that which is “beyond.”

After a workshop in planned abstraction with John Salminen AWS, Lou Jordan learned to play with shape and color, producing paintings that are described as strong, bold, and sculptural. Now it is with great anticipation that she enters her studio, never sure when she starts out what the end result will be, but knowing it will always be an adventure, and that her years of training, painting and teaching have given her the tools she needs to produce something exciting, beautiful and full of meaning. 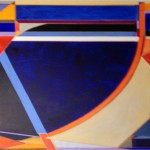 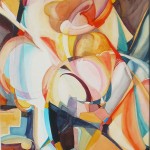 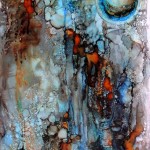 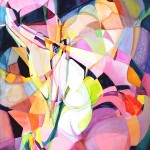 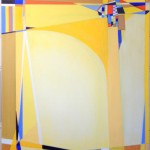 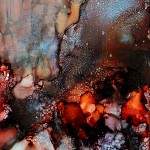 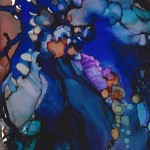 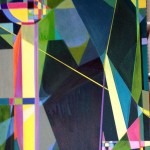 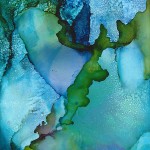 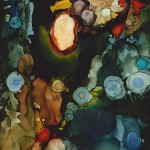