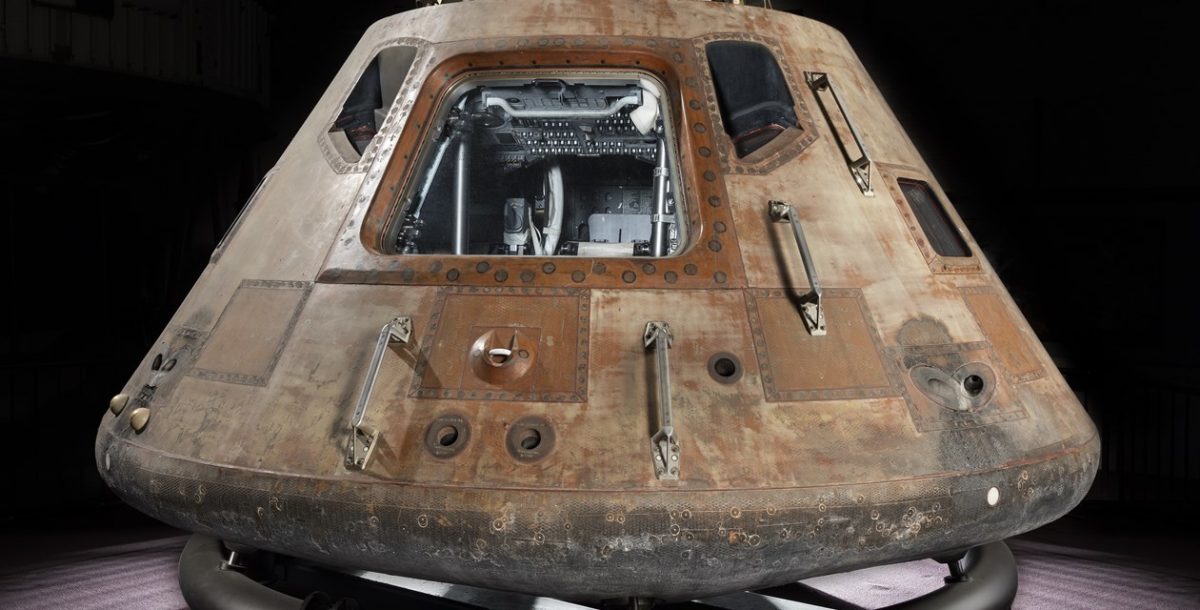 “That’s one small step for man, one giant leap for mankind.” The famous words of Neil Armstrong still resonate with us today. The Apollo 11 Mission inspired a nation as the crew became the first to step foot on the moon in 1969. Now, 50 years later, the Museum of Flight’s exhibition Destination Moon: The Apollo 11 Mission celebrates that historic date, as July 20th marks the official 50-year anniversary.

Taking flight is a skill that mankind has been honing since the first flight at Kitty Hawk by Orville and Wilbur Wright. From biplanes to private jets, soaring into the bright sky is a fantastic fascination that for some cannot be restrained or contained. Flying into space and landing on the moon once seemed impossible. The Apollo astronauts were pilots, flying the most important vessel in our history. 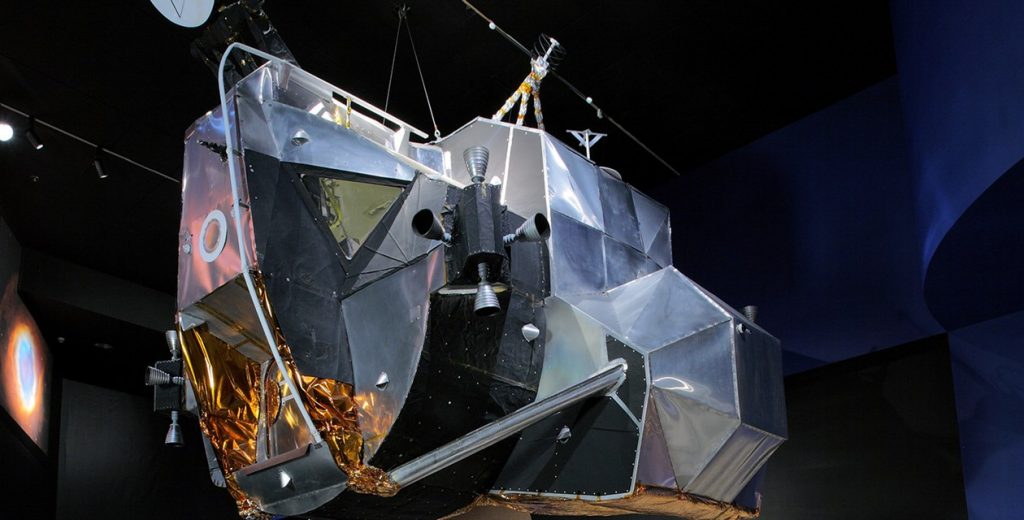 The National Air and Space Museum has partnered with The Smithsonian to bring The Destination Moon: The Apollo 11 Mission exhibit to Seattle’s Museum of Flight. The exhibit holds many artifacts and features specific programs for those interested in the history of the legendary landing. There are over two dozen artifacts and rare objects from the Space Age among the Museum’s collection, as well as some from private collections, including Neil Armstrong’s.

One of the main attraction pieces is the 13- foot wide Columbia command module that Apollo 11 astronauts Neil Armstrong, Buzz Aldrin and Michael Collins piloted to lunar orbit. A nearby interactive computer lets visitors tour the spacecraft’s interior through a virtual 3-D model. Pieces of the original 1903 Wright Flyer, which were flown to the moon and back, are presented showing just how far the industry has come from its origins. Hear the story in this podcast. 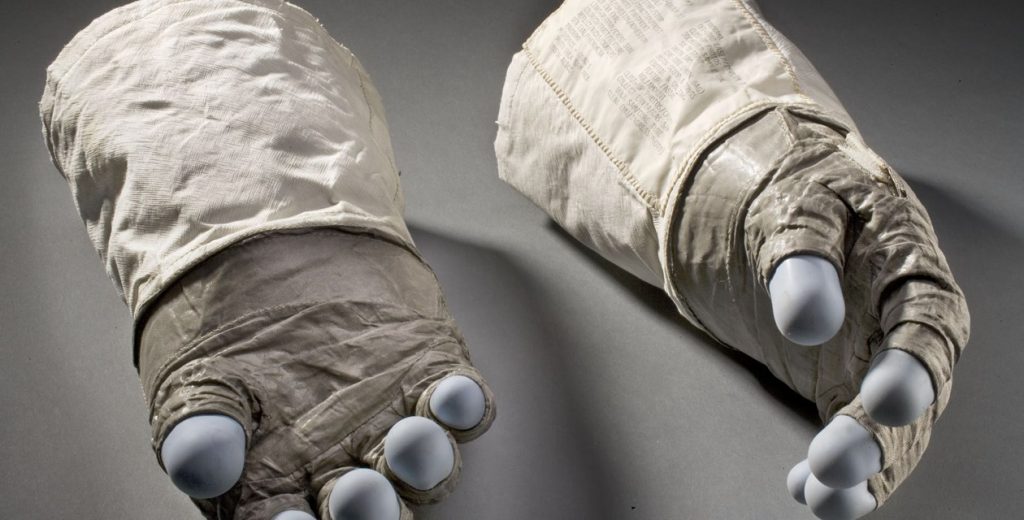 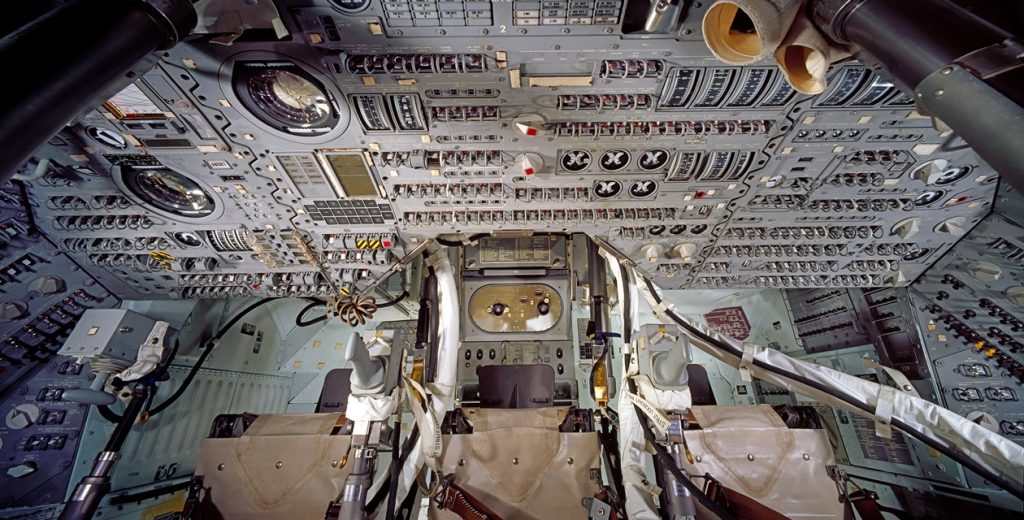 Among the items on display are Armstrong’s flight suit and Aldrin’s spacesuit gloves and golden helmet along with a Soviet Sputnik satellite, early Russian cosmonaut spacesuit, and the world’s only remnants of the rocket engines that boosted Apollo lunar missions. Space artifacts, including full-scale mock-ups of Boeing’s lunar rover, the Apollo lunar module, and components from the actual F-1 rocket engines that powered the Saturn V moon rockets off the pad highlight the event.

To help celebrate the 50-year anniversary of the landing, the entire City of Seattle is blasting off with special events throughout the summer. Family friendly attractions such as live music, block parties and other space-inspired happenings ensure that everyone will get into the spirit of flight in Seattle. Local hotels and businesses have even created space-themed décor and flavorings. 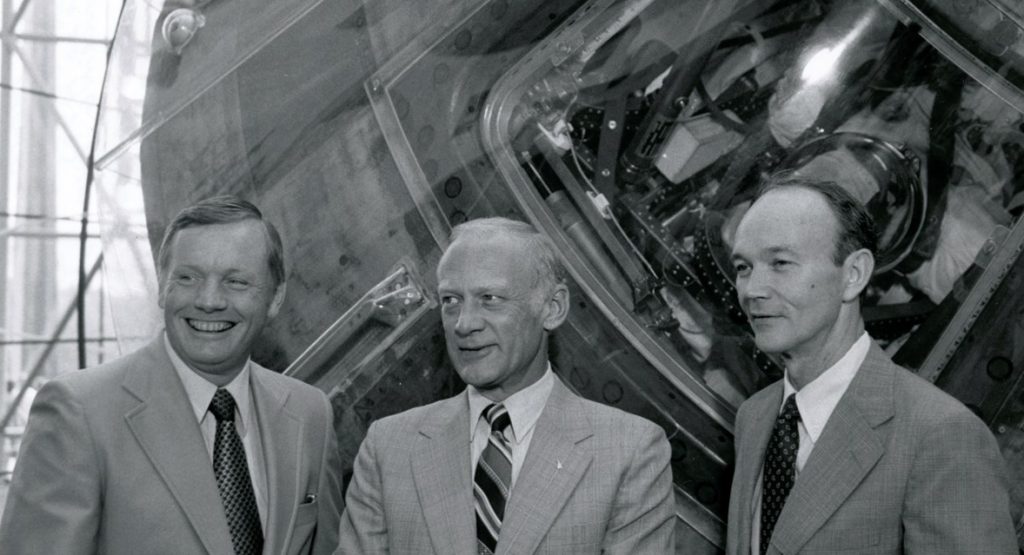 In 1969, millions of people gathered around their black-and-white vacuum tube televisions to witness the first-ever Moon landing. This summer, millions will flock to Seattle to celebrate this monumental moment in history. In 2024, Lockheed Martin and NASA plan to have humans on the moon once again.