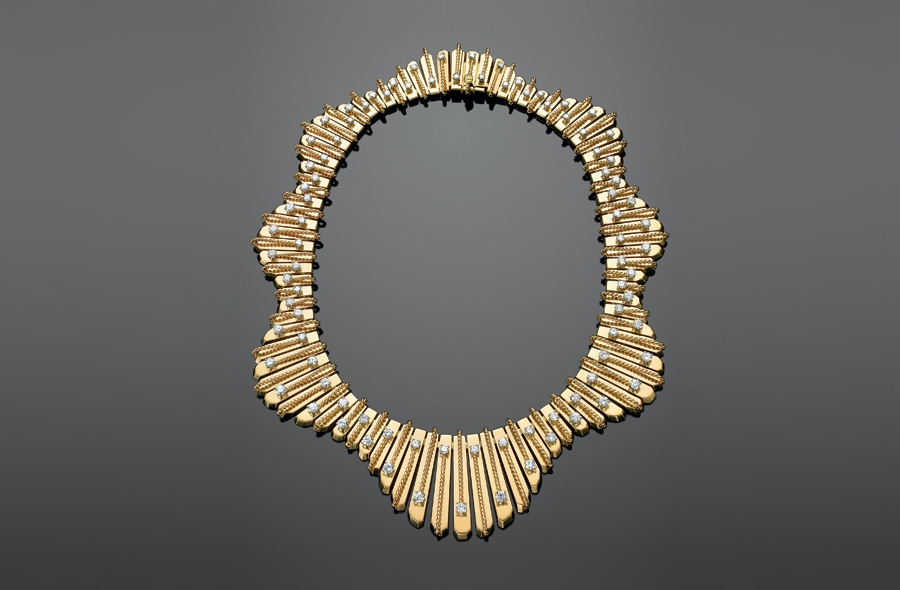 It’s winter in Palm Beach and the fronds on the palm trees along sunlit Worth Avenue gently sway to the rhythm of the tropical breeze.

A “Boca” blonde eases her Mercedes SUV into a parking spot, relieved to have found it. Emerging in a pink Lilly Pulitzer wrap dress, she rushes into a nearby gallery to finalize delivery arrangements on a birthday gift. She’s late meeting her interior designer at the Palm Beach Jewelry, Art & Antiques Show 15 minutes away in West Palm Beach.

When she arrives, the environment inside the posh Palm Beach County Convention Center immediately relaxes her. It’s a bit like the fine art museums and galleries she grew up with in the northeast. The show, now in its 10th year, is produced by the Palm Beach Show Group and is one of the three art fairs held annually at the convention center. The other two, Art Palm Beach and American International Fine Art Fair (AIFAF), are produced by International Fine Art Exhibitions (IFAE). These three fairs create a unique, luxury destination market for art, antiques and jewelry.

The convention center provides for 100,000 square feet of exhibition space. Of course, there’s also valet parking – a necessity for an art crowd that, during season, includes some of the world’s top art and antique dealers and collectors, jewelry and collectible enthusiasts, interior designers, curators, art advisers and art lovers. Over a two-month period, over 50,000 of them will visit to view and buy art and objects as diverse as Tiffany lamps and mixed media contemporary sculptures. Prices will begin at $200 and crescendo into the millions.

Both producers stage elaborate exhibitions that rival Broadway sets. Booths at the fine art fairs are painted colors like Georgian Blue and Dressage Red. There are columns and other architectural elements; gently trickling fountains line the aisles. It’s easy to quickly feel “to the manor born.” Art Palm Beach – the only contemporary art fair held north of Miami – is staged as an über-modern white cube with concrete floors.

Scott Diament, President and CEO of Palm Beach Show Group, shared his reaction when he heard in 2001 that the convention center was being built. “I saw an opportunity to bring a European-like show, such as Olympia International Fine Art & Antiques Fair in London, here,” he says.

The space wows with either classic or contemporary décor. Jim Schantz deals in high end contemporary art glass artists including Lino Tagliapietra and Dale Chihuly at his gallery in Stockbridge, Massachusetts. He’s exhibited at Art Palm Beach for the past three years and thinks the convention center is one of the best venues for art. “The Lesters focus on keeping the quality level very high and giving the galleries ample space,” he explains. “They achieve a museum-like setting.”

He’s referring to David and LeeAnn Lester, the married founders of IFAE. “We’re in the cultural entertainment business,” explains David Lester, principal of IFAE, about staging the fairs. “We’re very much like a theatrical production.”

Art Palm Beach happens first in January. Many of the over 70 participating dealers from eight countries display paintings, sculpture or mixed media art, but Lester explains, “We’re not a contemporary fair like Art Basel. The market for certain types of contemporary art like video or conceptual art is limited in Palm Beach.” Yet, the Lesters have helped create a market for and curiosity about contemporary art that didn’t always exist in Palm Beach, traditionally known to swing more towards classical tastes.

David DeBuck who owns DeBuck Gallery in New York City has been at Art Palm Beach for three years and sees strong demand for the contemporary work he sells by artists like street artist Zevs, the focus of his booth this year. He believes that the Lesters, “… really engage the Palm Beach community.” And, he adds, “There’s always a good flow of people, but you never feel overwhelmed.”

The leisurely pace of the Palm Beach fair is in direct contrast to the Art Basel Miami Beach frenzy that happens the month before. “Unlike fairs in Miami, it’s more intimate,” DeBuck says, and he believes this is good. “How can a human being register all of that? You get to a visual saturation point.”

Schantz concurs. “There are clients that come up from Miami,” he notes, “because it’s a more relaxed atmosphere than Basel. Not everybody likes those crowds.”

Jonathan Dodd explains, “AIFAF has been an important part of our calendar since 2004. It’s a good fit, coming just over a month before TEFAF Maastricht.” He views Palm Beach as an important market. “I don’t know anywhere in the world with such a high concentration of clients with such wealth, the inclination to spend, and such an interest in European and especially French art,” he remarks.

The quality of work presented at all three fairs is the result of careful vetting. David Setford leads the vetting committee for AIFAF. He’s an art adviser and dealer and the former chief curator at the Norton Museum of Art. “Vetting of historical objects gives the public confidence,” he explains. “The committee contains experts in various fields, drawn from museums, academia and non-participating dealers.”

The Lesters partner for both fairs with local museums and develop impressive lecture rosters that feature well-known curators, art experts and writers. This is important for IFAE and Lester remarks, “They’re all personal relationships. We think it’s important to involve cultural organizations.”

Despite the high concentration of wealth in Palm Beach, the art fairs did suffer after the financial crisis and then the Bernie Madoff (a part-time Palm Beach resident) scandal. “It had a negative effect on the fair for two years, but now we’re recovering,” Lester notes.

Arlie Sulka, the owner of Lillian Nassau in New York City, a gallery that deals in Louis Comfort Tiffany and twentieth century furniture, was pleasantly surprised after Madoff. She’s participated in the Palm Beach Jewelry, Art & Antiques Show, which always happens after AIFAF during President’s Day weekend, for the past seven years. “There were still people out there looking and buying who were fortunate not to be affected. It wasn’t ‘exhibition only’ as some of us anticipated,” she remarks.

Diament has an interesting theory on wealth in Palm Beach. “It’s like shark’s teeth,” he explained, “There are ongoing layers of wealth and when one breaks off, another grows in. When one person like Madoff loses their fortune, there’s another person who has just made their fortune moving into his home.”

The Palm Beach Jewelry, Art & Antiques Show is the place to be for many dealers because it’s where their clients spend President’s Day Weekend. Over 175 dealers exhibit at the fair. These include big names like QuestRoyal, Thomas Colville Fine Art, Avery Galleries, Jay Chatellier Fine Art, Michael Borghi Fine Art and Kendall Fine Art. Diament also presents an impressive lecture program and his charity partners include Hope for Depression and the Friends of the Uffizi Gallery.

Diament spoke about how many of the bankers and financiers that spend President’s Day weekend in Palm Beach view art as a valuable commodity. “Art can be an excellent investment vehicle because there’s an established marketplace,” he explains. “Art can be used as a means of exchange without government involvement and it’s also an excellent hedge against currency inflation.”

The same can be said of jewelry, and Greg Kwiat, CEO of Fred Leighton, a leading seller of vintage and estate jewelry exhibiting at the Palm Beach Jewelry, Art & Antiques Show in February, recognizes the value. “For Fred Leighton, it’s about new relationships, but it’s also about seeing long-time clients. Palm Beach is such an important market for art and jewelry.”

It’s important, too, for interior designers, who comprise a large part of the attendee base at the Palm Beach Jewelry, Art & Antiques Show. This year, they’ll be privy to the “Hope Designer Showcase,” curated by Scott Snyder. They’re important partners for all kinds of dealers in the Palm Beach art market.

It’s Diament who transmitted the story, told to him by a dealer, about the client racing to the show to meet her designer. When they connected, the designer was holding swatches and excitedly led her to a booth. Animatedly – hands waving and pointing to the swatches – she said to the eager dealer standing besides a large, colorful painting, “Look how perfectly this painting matches. This is perfect for the living room!”

“Yes, but it’s a Monet,” the woman, somewhat chagrined, whispers under her breath. 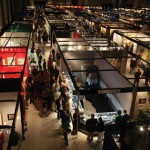 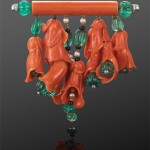 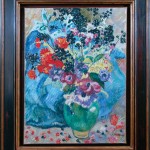 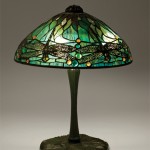 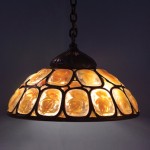 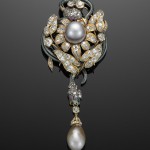 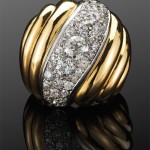 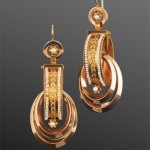 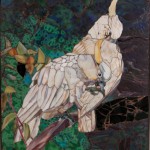 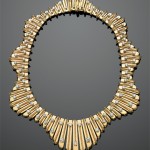 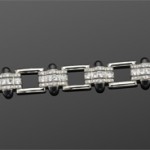 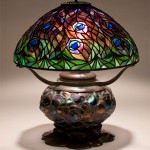