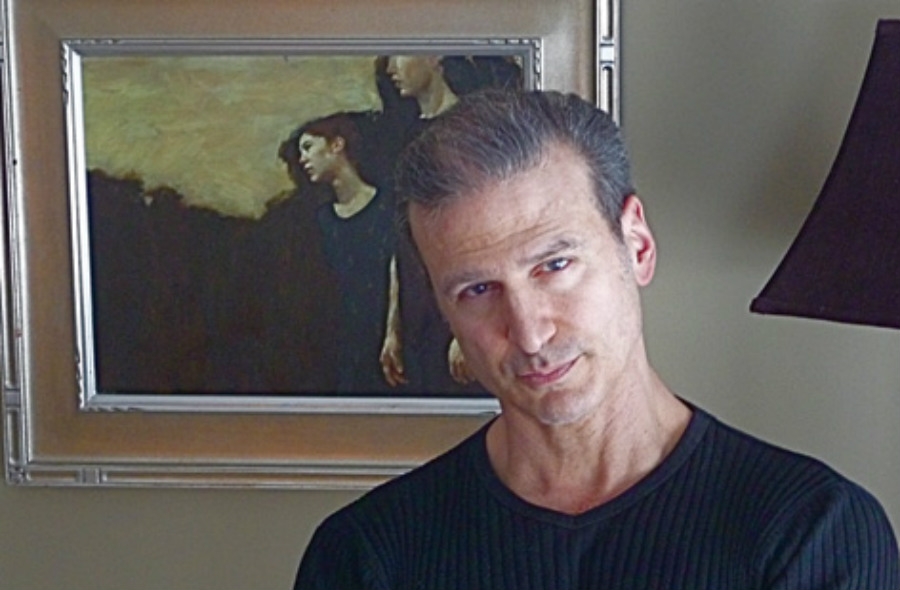 Greg Calibey embraces his life experiences with gusto, translating memories of expression and mood into the nuance of his art.

Reflecting on his childhood, Calibey believes he was born to be an artist. “Ever since I can remember,” he says,” I remember drawing.”

Throughout his youth, he continually forged his self image, perceiving himself as a “perpetual outsider, an observer.” It is this unfiltered perspective on the people and things around him that lends to the complexity of his figures. He believes that being innovative and honest are the core fundamentals of his art; his dedication to the process has led to the creation of some very compelling paintings and sculpture.

In the case of his portraits, the viewer picks up on this observational environment in each of the artist’s compositions. Calibey wants the viewer to understand that not only has he depicted the solo image of his subject, but also their observation of their own surroundings. It is this dynamic effect that takes Calibey’s work to another dimension.

Of course, there have, for many years, been artists who think outside the box, striving to push the boundaries of what is and what is not acceptable in art. These are those rare artists who strive not to become predictable, seeking to capture something that has yet to be seen and felt, waiting their turn to be understood. Innovation is the key to their art that speaks for generations to come, a silent but powerful language that resonates with the viewer. Greg Calibey has mastered this language to a degree that sets him far apart from his peers, exploring each subject and canvas as an entirely new relationship.

Calibey’s distinction in his art evokes the esthetics created in works by Degas and Matisse. He also cites Gerhard Richter and Willem de Kooning as important influences on his artistic development. He explains, “I’ve toiled to answer this perpetual question about how I identify myself. I find that the issues which a painting presents during its creation are satisfied with whatever solutions are necessary. A painting might begin representational and finish as something altogether different. Other works may stay straight on a course until completion. As long as the finished work satisfies certain visceral parameters, then it can survive the artistic process. But in truth, many don’t.”

Within the realm of Calibey’s paintings, one can see the depth and levels in his work that result from his mindfully-crafted architectural approach to composition. “In this way,” says the artist, “the composition takes an alternative role to my relationship to the subject.”

A series of Calibey’s most recent works further delve into his inventive desire to discover his subject matter to the fullest extent. He procures this through his continuous experimentation of pressing the limitations of the composition’s architecture. This experimentation further heightens the viewer’s sense of voyeurism of the subject matter.

In the 2013 oil painting, Off the Path, this voyeurism is evident as Calibey depicts the lone figure of a young woman, her face seen from the side, her hair neatly pulled back, kneeling cross-legged next to a dish of fruit. Gently, she grasps the back of her dress so that it doesn’t become entangled in her legs. She gazes toward the ground on the right. The wanness of her skin gently melds with her simple dot dress. The woods behind help to establish the separation of tone and texture in the painting while the deft impressionistic brushwork in the foreground becomes non-representational, void of shape and form.

On its own, the painting is a masterful expression of balancing realism with impasto techniques. Sharp, infused elements of color and light illuminate the canvas, guiding the eye as the artist has intended. But as we closely examine the painting, we are left with a mystery to solve. The young woman is not focused on anything in particular, as if in quiet thought, the world around her diffused in muted color. Is she aware of our presence? Is her grasp of her gown a shy response to our curiosity, coyly looking away so as not to be embarrassed by the interruption? The dark background beyond the highlighted trees adds to the puzzle. The solitude of her surroundings enhances the voyeurism, as Calibey intended. The effect is complete, but the mystery remains.

In all these works, the artist captures a sense of personality, primarily through body language. At the same time, they are harmoniously integrated into the autonomous dimensions of the two-dimensional painted surface. This sophisticated dynamic illustrates the compatibility of certain New Realists with the heritage of modernism.

Throughout this endeavor, the artist continues on his pursuit to bring his perspective to some sort of end in the finished work. Calibey says that, “Creating balance through this multi-approached undertaking is to create a relationship with my subject, and that is the real challenge.”

The process can be torturous for Calibey, with a painting being abraded down and built back up, often over and over again. “My technique consists as much of deconstruction, as it does of construction,” he explains. “All of my paintings, through my multi-approached process, cycle into various levels of completion.” 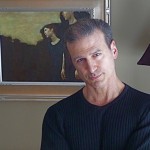 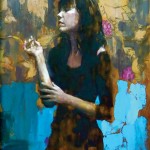 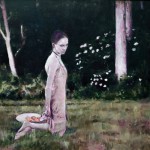 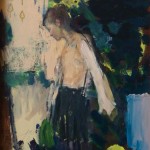 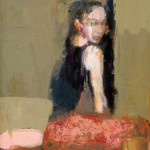 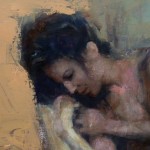 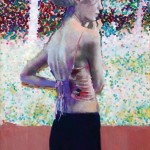