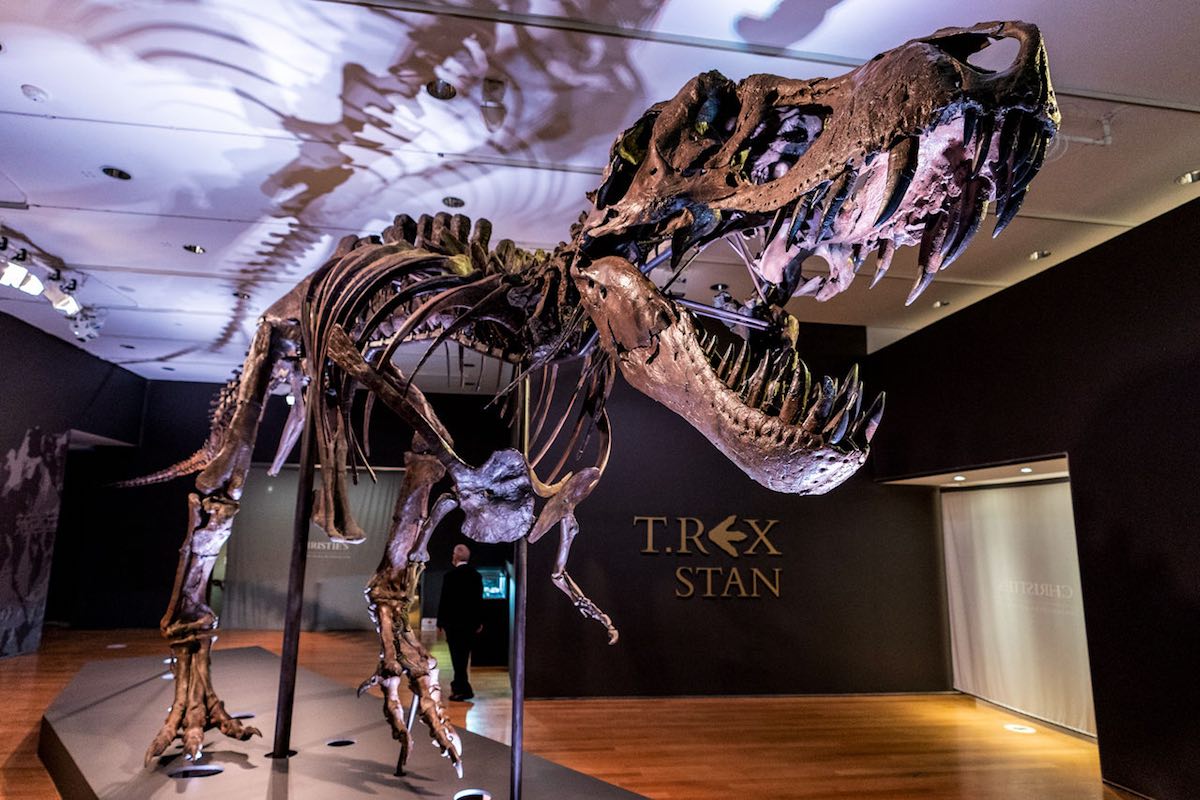 In 1987 amateur paleontologist Stan Sacrison saw dinosaur hip bones weathering out of a privately owned land in the Hell Creek Formation, the South Dakota’s area known for fossil-yielding. For five years it remained undisturbed after a vertebrate paleontologist classified the remains pertaining to a common Triceratops. But in 1992 a team from the Black Hills Institute of Geological Research recognized its T-Rex origin and within three months, after the landowner’s consent, the excavation began. 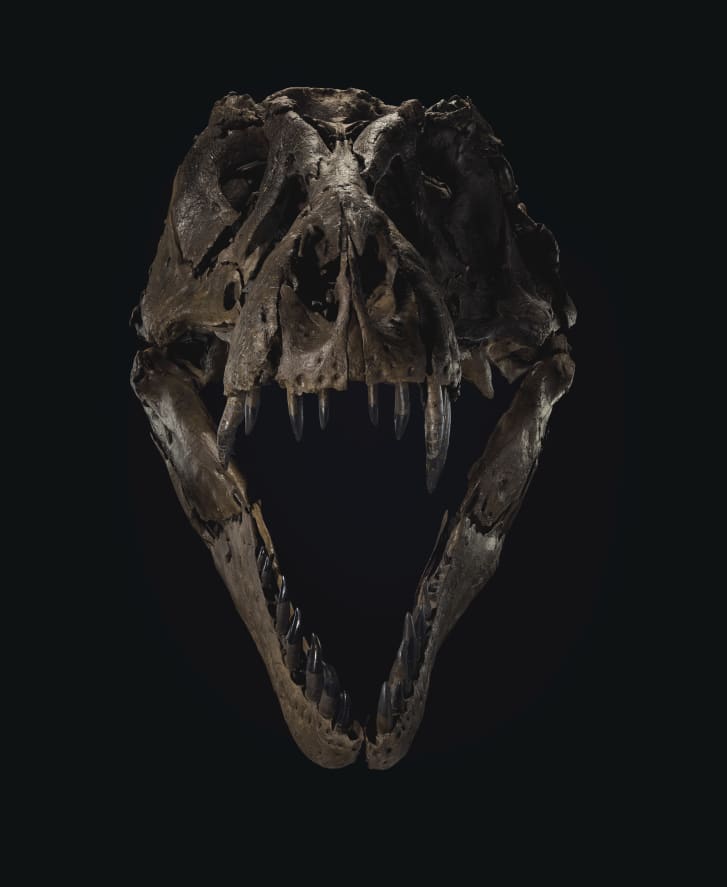 It took more than 30,000 hours to remove each skeleton’s bone, clean, and restore it but in the end the paleontologists were rewarded with the almost complete 13-feet high and 40-feet long T-Rex skeleton.

Named after his founder, Stan quickly gained the nickname of STAN-dard with its 188 original bones and the best possible preserved skull it became the perfect cast. Chances are that if you’ve seen a T-Rex in a museum, it’s Stan’s replica.

It’s fascinating how its hunter and killer instincts left tangible signs on the fossil. Damaged and healed ribs, a teeth wound on its skull seemingly from a fellow T-Rex, a broken neck that made two vertebrae fuse together and during the excavation in 1992 partially digested remains of an Edmontosaurus vertebra and a partial Triceratops tibia were found carrying Stan’s bite marks.

Stan probably weighed around 7-8 tons and its longest teeth measured 11 inches. In 2005, its bite force was determined to be four tons per square inch. One of our cars would have been a one bite snack for Stan.

In 2015 a minor shareholder ended his relationship with the Black Hills Institute that had Stan displayed since the late 90s. Consequently, he filed a lawsuit to get paid his proceeds and, in 2018, a judge ordered to auction Stan off in order to liquidate the shareholder. Usually the Society of Vertebrate Paleontology is opposed to auctions since they want to preserve the public good from private collectors, but this time, they acknowledged that BHI had no choice.

On October 6th Stan was part of Christie’s 20th Century Evening Sale. The guide price was set at $6-8 million but ultimately the 67-million-year-old fossil was sold for $31.8m, the most expensive dinosaur ever sold at an auction. The price smashes the record of $8.4 million paid by the Field Museum of Natural History in Chicago in 1997 for the T-Rex known as Sue. 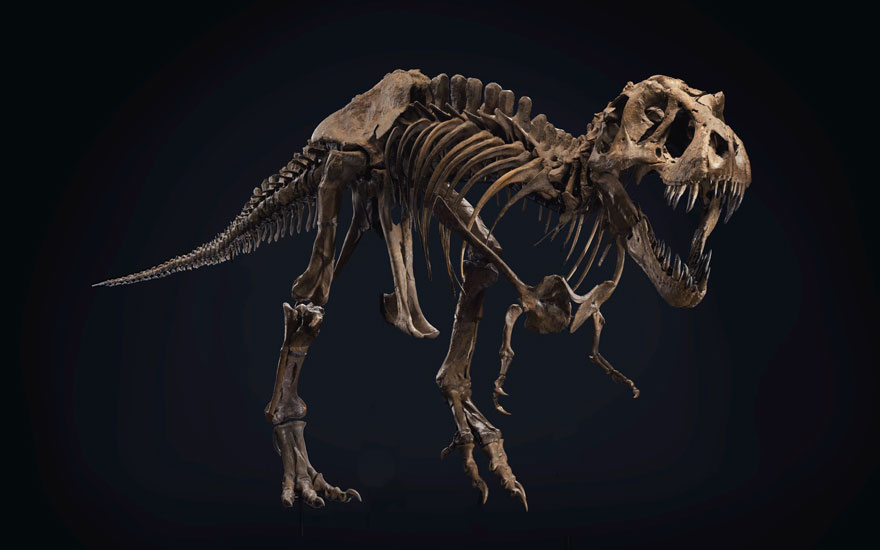 SVP requested that Christie’s restrict the sale to museums committed to curate the samples in perpetuity and for the public good; but nobody knows who Stan’s new owner is, and since its eight digit selling price, it’s hard to believe an institution bought it. Stan might be already en route outside the United States. Paleontologists are hoping it won’t end up like the Diplodocus from Wyoming that, in 2014, was displayed in a mall in the United Arab Emirates. Perhaps this is one of the reasons scientists would like to have legislation that protects rare specimens. A private owner might not care about the incredible scientific treasure and instead he could split up the skeleton, even selling single bones for profit. According to paleontologists, museums are still the best home for fossils since they employ scientists who know how to properly care and keep them in the public domain.

From September 16 through October 21, Stan was visible to the public 24/7 through Christie’s floor-to-ceiling windows in New York City.