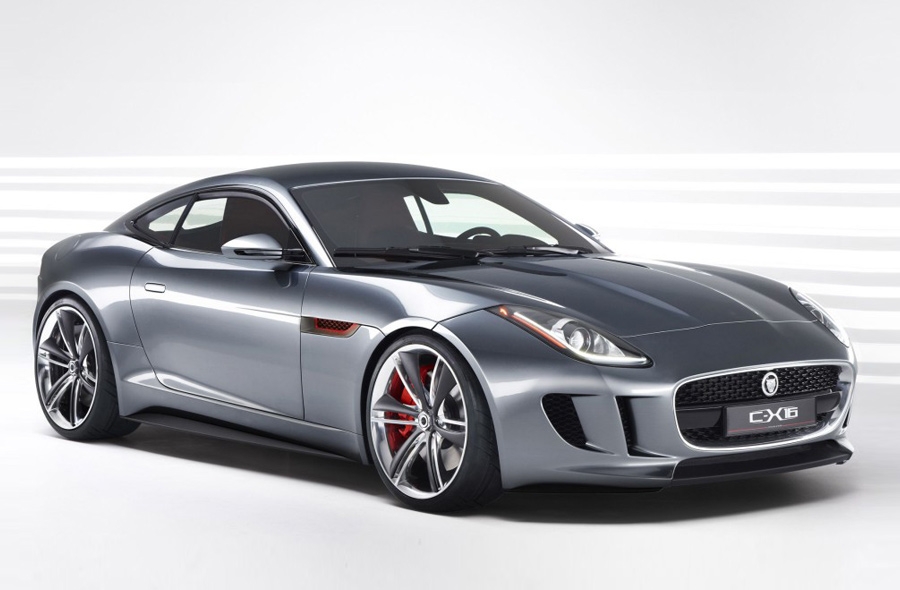 Along with Detroit, Chicago and the New York auto shows, Los Angeles is one of the top North American auto shows in the country.

2011 was an exceptional year and maybe the best show ever put together in the 105-year show history.

Since its inception in 1907, the LA Auto Show has evolved from a humble show consisting of 99 cars into a major international auto show with 1,000 of the newest vehicles on display. During its colorful history, the show was held at a variety of locations, and along the way had its ups and downs and interesting moments.

The first show, in 1907, was held at Morley’s Skating Rink, an indoor roller skating facility of approximately 20,000 square feet – a large piece of canvas was spread over the floor to protect its surface. The cars on display represented 46 different manufacturers, the estimated value was a quarter of a million dollars, and admission to the show was 50 cents.

The automobile was still more of a novelty than a necessity at the time, and there were approximately 3,500 cars in and around Los Angeles. Since there was a lack of buildings with sufficient space to accommodate the growing show, for most years prior to 1935, the show consisted of a series of tents at various sites in Los Angeles.

The atmosphere of energy and optimism that transformed the country after WWII saw the population of both people and cars boom in Los Angeles. The appearance of the show gradually changed from lavish decorations of the exhibition facility itself in the earlier years, giving way to stylish, individual exhibits created by each manufacturer. The formal feel and dress of an earlier, elite generation of show-goers was replaced with a more casual look as the show and automobiles themselves gained broader mass appeal. But while the development of the Los Angeles Auto Show into an international event started 100 years ago, it is in the last 25 years that some of the most significant progress has been made.

The 2011 LA Autoshow saw the debut of 50 vehicles from some of the top manufacturers doing business in the United States today. As a bright spot in the overall economy, the auto industry continued its momentum at the LA Auto Show, highlighted by more than 22 manufacturer press conferences during the media days. It is clear that automakers have invested significantly to deliver vehicles consumers want, featuring an unprecedented number of technological advancements, improved performance and design, all while decreasing carbon emissions.

Notable this year was a significant increase in fuel-efficiency across the board. Nearly 20 highly efficient, 40-mpg-plus vehicles, using internal combustion engines – such as the Chevrolet Spark (making its world debut) – were displayed at the show. Underscoring the fact that many solutions exist for reducing carbon emissions, a whole pack of electric vehicles which are in, or are entering, production were highlighted at the show, including Mitsubishi’s all-electric i, the Ford Focus Electric, BMW’s i3 Concept, CODA’s Sedan, Nissan’s LEAF and an import from Croatia, the DOK-ING XD. BMW showed its groundbreaking i8 plug-in hybrid sports coupe concept.

More than half of the 50 LA Auto Show debuts fell into the performance and luxury vehicle category, including the Audi R8 GT Spyder, Porsche 911 and Jaguar C-X16 sports car concept. Bentley returned to Los Angeles this year, premiering the marque’s 2012 Continental GTS ultra-luxury convertible. The show also featured the BMW M5, the fifth-generation edition of the sports sedan, now powered by a 4.4-liter, turbocharged, V8 engine; the Mercedes-Benz SLS AMG Roadster; and what GM is calling the world’s most powerful production convertible, the 2013 Chevrolet Camaro ZL1, boasting 580 hp produced by a supercharged 6.2-liter V8.

Five Luxury Car Makers Really Made an Impact at This Year’s Show:

Introduced by Porsche in Los Angeles was the Panamera GTS the purest expression of a sports sedan in the Porsche family with a clear focus on performance. The new Panamera GTS is based on the Panamera 4S and includes more power, upgraded brakes and a body lowered by 10 millimeters with new sportier chassis tuning coupled to air suspension and Porsche Active Suspension Management (PASM). These technical modifications make the Panamera model even more capable of cutting it on the track without sacrificing practicality.

In terms of looks, the new Panamera GTS includes distinctive design features at the front, side and rear as well as black highlights. The interior is also tailored to its sporty personality with adaptive sports seats, SportDesign steering wheel with shift paddles and exclusive GTS leather interior with Alcantara surfaces. The Panamera GTS powered by a modified 4.8-liter naturally aspirated V8 engine, delivering 430 hp at 6,700 rpm, increasing the output over the Panamera S/4S by 30 hp. The Panamera GTS sprints to 60 mph in 4.3 seconds, accelerating on to its top track speed of 178 mph.

Jaguar Land Rover continued its new product and concept vehicle momentum with the Global and North American debuts of multiple new products at the 2011 LA Auto Show. Jaguar’s presence reflected the fact that the U.S. is an important market for Jaguar Land Rover global growth plans, and Southern California is a key region from a business and a global trends perspective. Making its global debut at the Show was the 550 HP XKR-S Convertible, which joined the XKR-S Coupe as the fastest and most powerful production Jaguar car ever created. Jaguar also showed the award-winning Jaguar C-X16 Concept – combining hybrid technology with a highly responsive 3.0-liter V6 gasoline engine beneath a beautifully styled body created by Director of Design Ian Callum.

Land Rover, on the heels of the globally successful launch of the Range Rover Evoque, was showcasing two design concepts, the DC100 (hard top) and DC100 Sport (open top) at the Show. The two concepts from Land Rover investigate the potential future design direction of the iconic Defender. The concepts capture the flexibility, adaptability and configurability that have always been key attributes of Land Rover and continue in today’s Defender. The DC100 concept has been reconfigured for its North American debut to highlight the breadth of capability. Land Rover DC100 concept will be revealed with a new body color and different wheels and tires. Body color changed to Heritage Blue and new wheels and tires were optimized for off-road driving.

Among the exciting new cars making their North American debut at the LA Auto Show, a Black Series version of the C63 AMG Coupe features a number of impressive refinements designed to make it the most powerful C-Class of all time. Thanks in large part to forged pistons, a modified engine control unit and lighter crankshaft and connected rods, its V8 now produces 510 horsepower, up from 451. Zero-to-60 mph acceleration takes 4.2 seconds.

Also making its North American debut in LA was the 2012 SLS AMG Roadster. With a retractable fabric top and conventionally hinged doors, the new convertible joins the highly successful SLS AMG gullwing coupe, the first-ever car designed and developed from the ground up by Mercedes-AMG, the company’s high-performance division. The folding soft top on the new SLS AMG can be opened in only 11 seconds, even when the car is moving at speeds up to 31 mph. With the roof closed or open, the roadster’s trunk capacity is virtually the same as the gullwing coupe. The SLS AMG can accelerate from 0 to 60 miles per hour in only 3.7 seconds, with an electronically limited top speed of 197 mph. With 563 hp and 479 pound-feet of torque, the 6.3-liter V8 engine is one of the world’s most powerful naturally aspirated V8s in production.

The all-new SLK55 AMG is the first AMG model in a sports car line introduced earlier this year, and it’s also the first V8-powered car in the new SLK lineup. With a wide front grille inspired by the SLS AMG, a sweeping hood, relatively long doors and a short rear section, the 2012 Mercedes-Benz SLK line represents the third generation of a sports car that rocked the automotive world when it unveiled the first automatic retractable hardtop in modern times.

Cadillac unveiled the 2013 XTS at the LA Auto Show, the newest addition to the Cadillac luxury sedan lineup. It arrives in showrooms in U.S. and Canadian showrooms in the spring of 2012 as the most technologically advanced production car in the brand’s history. Larger than the CTS, the new XTS delivers the space, elegance and dramatic presence that are Cadillac signatures, but with entirely new and technically advanced methods tuned for a new generation of luxury customers. It also marks the debut of CUE, a comprehensive in-vehicle experience that merges intuitive design with auto industry-first controls and commands for information and media control.

In addition to the CUE interface and connectivity, many other advanced technologies are integral to the new XTS. It will be the only luxury sedan with standard Magnetic Ride Control – the world’s fastest-reacting suspension. Advanced technologies that enhance vision and safety surround the driver are available as well. Positioned directly above the centerpiece CTS family in Cadillac’s revamped lineup, the new XTS features a 3.6L direct injection engine and advanced all-wheel drive system, marking a shift to more-efficient performance in a spacious luxury sedan. Horsepower for the XTS comes from an advanced 3.6L V-6 that’s known by its “LFX” engine code. It is rated at an estimated 300 horsepower (224 kW).

Cadillac also unveiled the Ciel concept, an elegant, open-air grand-touring car inspired by the natural beauty of the California coast. The Ciel is a four-seat convertible that opens a new chapter in Cadillac’s design and product ascent, pushing the brand’s Art & Science philosophy into a new stratum. Ciel is a new expression of Cadillac’s historical grandeur, as well as a celebration of open-air motoring. Large, expressive luxury is innate to Cadillac and the Ciel recalls that heritage, while suggesting where the brand can go in the future. Authentic luxury is driven by experiences, not just products, and Ciel is about the experience of the journey. The spacious and elegant Ciel is a grand gesture that explores themes driving Cadillac’s explorations into range-topping flagship luxury. It is powered by a twin-turbocharged version of the 3.6-liter Direct Injection V-6 engine, paired with a hybrid system using lithium-ion battery technology.