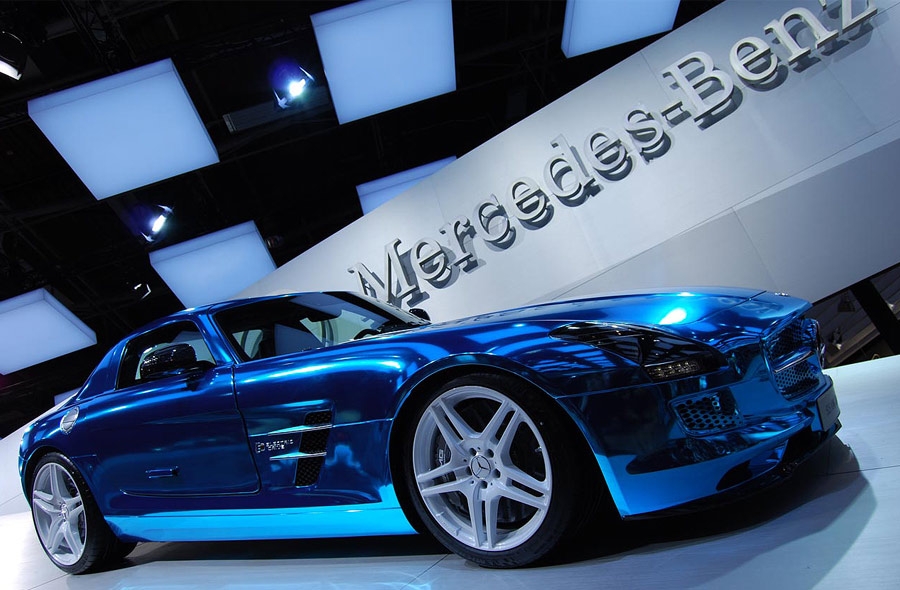 Many of the new cars unveiled at the 2010 biennal Mondial de L’Automobile in Paris can be seen on the U.S. roads today.

The Mondial is the most important and exciting auto show in the world and it always offers an opportunity to experience the debuts of the new production automobile and concept cars. Started in 1898 by industry pioneer Albert de Dion, the Paris Mondial Auto Show was the first motor show in the world. This year again, over 75 new cars and models were unveiled to 13,000 journalists from 103 countries during the two-day media event.

The battery EV version of the SLS AMG debuted at the Mondial Paris Auto Show. Production launch is scheduled for June 2013. It offers seven-hundred forty horsepower and 738 pound-feet of torque, and its pushrod-actuated coil-overs replace the regular SLS’s double-wishbone front suspension due to the need to package the front axles. It runs from zero to 62 mph in a claimed 3.9 seconds, and driven in a sane manner is said to have a range of 155 miles, thanks to a 60-kWh lithium-ion battery. 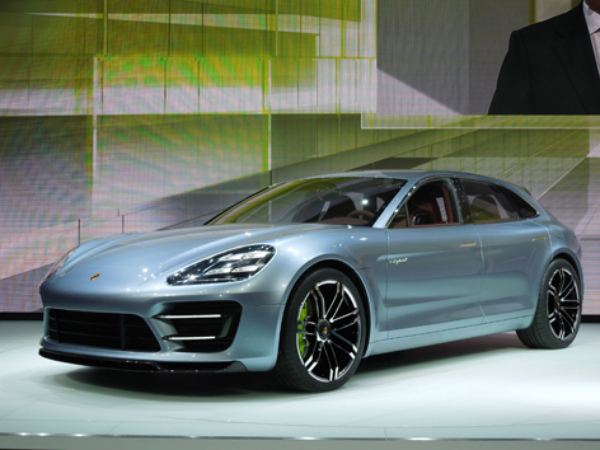 It’s a wagon concept based off the Panamera sedan, and it previews the company’s upcoming plug-in hybrid drivetrain for the production Panamera and Cayenne which launch in 2013 and 2014, respectively. Porsche calls the Panamera Sport Turismo “an outlook on a possible Porsche sports car of tomorrow.” The concept uses the now familiar supercharged 3.0-liter V6 rated at 333 hp, and although Porsche hasn’t disclosed the transmission, it’s likely an eight-speed automatic driving the rear wheels. 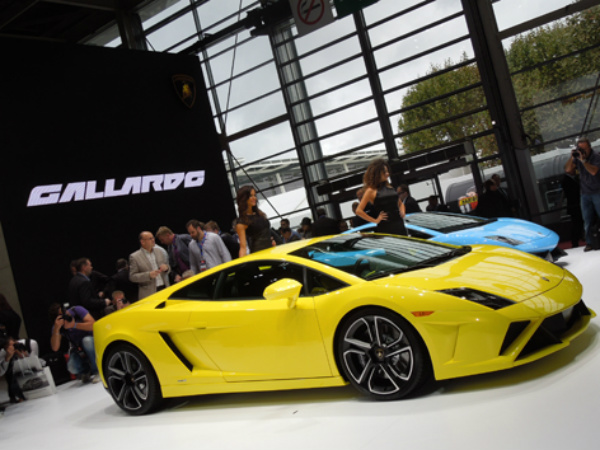 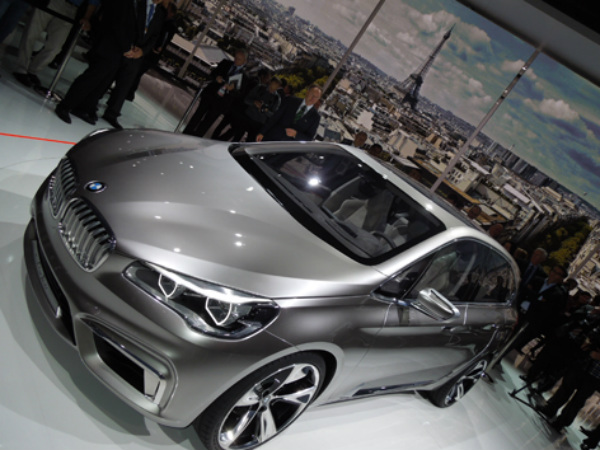 The significance of the BMW Concept Active Tourer goes well beyond its forgettable name. This is a good look at the new line of front-wheel-drive BMWs that will share their platform architecture with the Mini family. It represents a break with tradition, as all other BMW-brand vehicles are rear-wheel drive. It’s still a larger car than the upcoming i3 electric car. 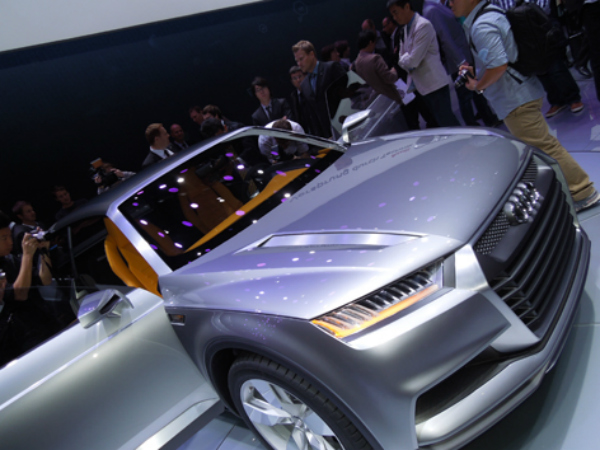 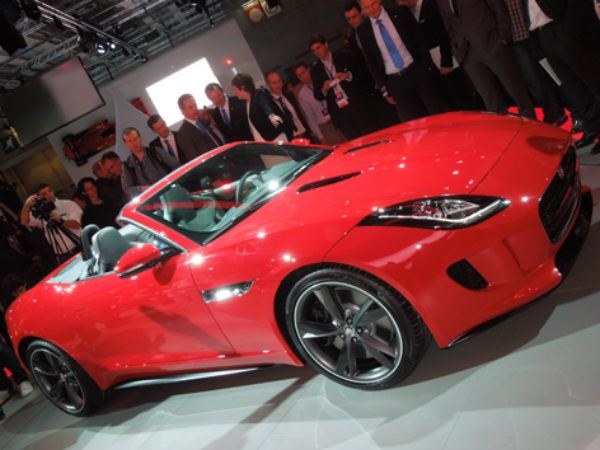 The 2014 Jaguar F-Type was one of the most highly anticipated debuts at the show, and Jaguar didn’t disappoint. This new sports car is pure hotness in every sense of the term. Representing a return to Jaguar’s sports car roots, the new F-Type is a two-seater convertible with an aluminum structure. It is a light car with ideal weight distribution. The styling features LED taillights and tapered headlights. Three engine options are offered: a supercharged 3.0-liter V-6 rated at 340 horsepower, the S model rated at 380 horsepower, and the range-topping supercharged 5.0-liter V8 S rated at 495 horsepower. The 2014 Jaguar F-Type will go on sale the middle of next year.

The redesigned 2013 Range Rover bound for the U.S. has lost 700 pounds, thanks to an all-aluminum unibody structure. The redesigned Range Rover also borrows some design cues from the smaller Range Rover Evoque. The 2013 Range Rover arrives in U.S. showrooms in December. The new aluminum platform delivers significant enhancements in performance and agility, along with an improvement in fuel economy and reduction in CO2 emissions. 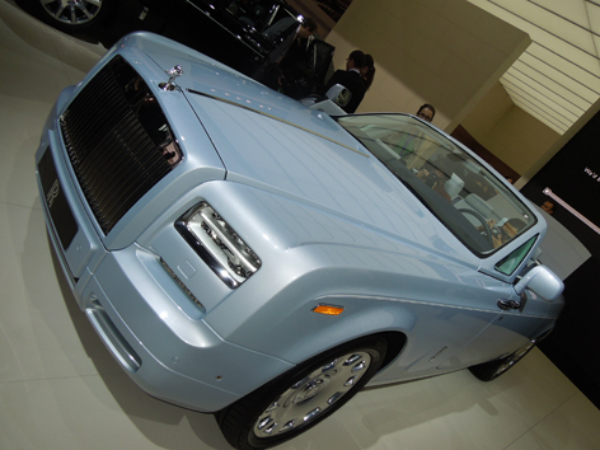 The cars are offered in white, two shades of blue, or black, and their cabins feature bespoke inlaid wood patterns and special embroidery on the seats. The Ghost will be sold in either white or black and offer similar interior embellishments to the Phantom’s. Naturally, Rolls saying that the cars are “available” in these colors is merely a suggestion, with its bespoke department at the ready to paint an Art Deco car to match the lurid pastels of Miami Beach’s art deco district. 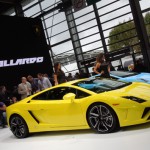 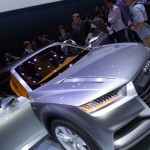 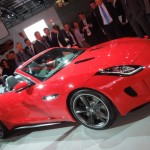 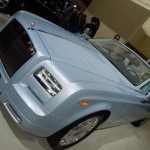 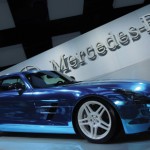