The Art of Bugatti: A Dynasty of Creativity 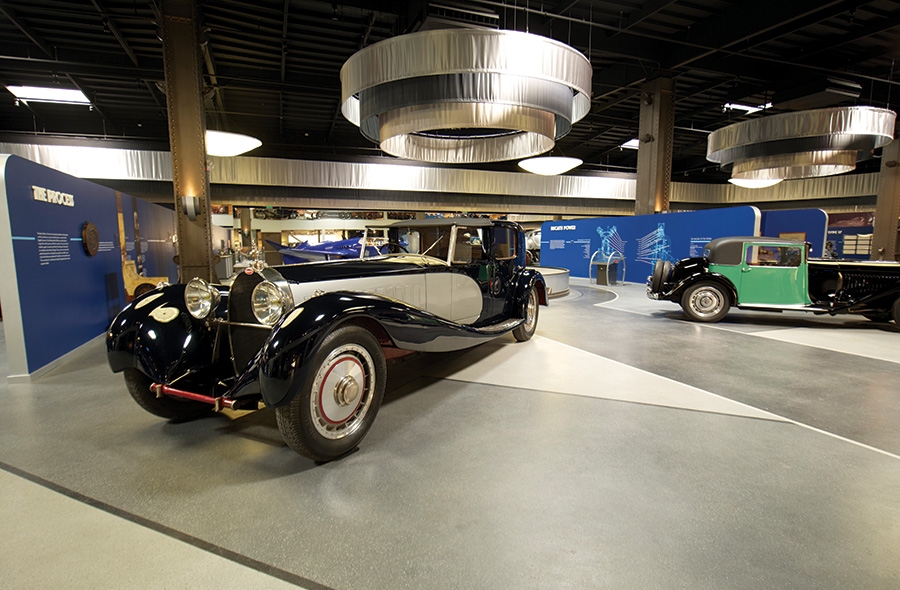 Mullinautomotivemuseum.com After hearing that one of the best ever automotive exhibitions was taking place not far from home, I traveled to Oxnard, California, one hour north of Los Angeles, to the Mullin Automotive Museum.

It houses over 50 pieces of furniture by Carlo Bugatti, numerous sculptures by Rembrandt Bugatti, paintings by Carlo and the largest private collection of Bugatti automobiles in the world, created by Ettore and Jean. Opened in spring of 2010, The Mullin Automotive Museum is a state-of-the-art facility that pays homage to the Art Deco and Machine Age design eras (1918-1941) that produced exquisite art and magnificent automobiles.

The Art of Bugatti is definitely one of the most impressive automobile collections I have ever witnessed. The design and engineering breakthroughs incorporated over the course of the Bugatti marque’s existence is exposed and explored through drawings and factory artifacts, many unseen by the public prior to this time. The retrospective also includes an extensive overview of the Bugatti family’s influence on the automobile as art. The Art of Bugatti brings together dozens of Bugatti models including carriages, the early Brescia race car, the race winning Types 35, 37 and 51; Jean Bugatti’s Type 64 Papillon and Atlantic Coupé, Types 57 Aravis and Atalante and the incomparable Type 41 Bugatti Royale. The collection also displays the unrestored Schlumpf Reserve Collection and the new generation of Bugatti automobiles culminating with the breathtaking, record-breaking Veyron.

In addition to the impressive collection of Bugatti automobiles, The Mullin Automotive Museum was able to include the recreation of the Bugatti 100P, Ettore Bugatti’s vision for high-speed aircraft racing. Originally designed in collaboration with Ettore Bugatti and Belgian engineer Louis de Monge, the original 1937 Bugatti 100P is considered by many to be one of the most technologically-advanced airplanes of the era. The 100P featured cutting-edge aerodynamics with forward pitched wings, a zero-drag cooling system and computer-directed flight controls, all predating the development of the best Allied fighters of World War II. Powered by twin 450-hp engines, the plane was designed to reach speeds approaching 500mph, a feat previously only achieved by aircraft with twice the horsepower.

The Bugatti family was comprised of artists and artisans, and, as history has shown, were people whose designs represented the pinnacle of luxury and the best of an era. All of the Bugattis exerted significant influence in their times and in various fields. The story of this family of artists, spanning at least three generations, is marked by failure and success, tragedy and triumph.

Patriarch Carlo Bugatti began the dynasty as a painter, musical instrument maker, master cabinet and furniture maker and silversmith. His first creations exhibited a new boldness of form, particularly a notable use of ovoid shapes. Carlo’s son Rembrandt, respectfully named in honor of the great artist, was a renowned bronze sculptor, exhibiting his talent at an early age. Rembrandt’s brother Ettore took his technical and artistic genius to the world of automotive design. He purchased his first vehicle in 1898, and, without any formal training, was able to improve its performance, the first of his countless automotive triumphs. Grandson Jean followed in father Ettore’s footsteps in the automotive world. The factory was within the family’s country estate, and this integrated atmosphere exposed Jean to the design and manufacture of automobiles under the careful tutelage of his father. Jean was one of the early proponents of the streamlined styling movement that flourished in the 1930s.

The array of endeavors in which this family excelled required an amalgam of expertise, creativity, technique, innovation and appreciation of beauty and design. The Art of Bugatti exhibition at the Mullin Automotive Museum in Oxnard runs through December 31, 2014. 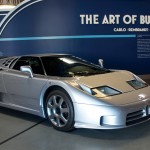 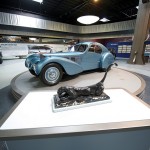 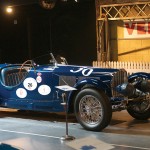 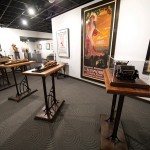 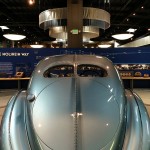 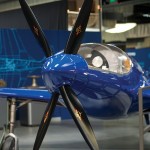 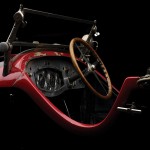 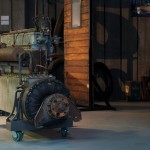 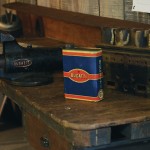 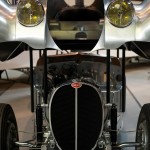 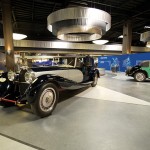