Beauty and The Beast in the Desert: Aston Martin’s Vanquish Volante and Vantage S 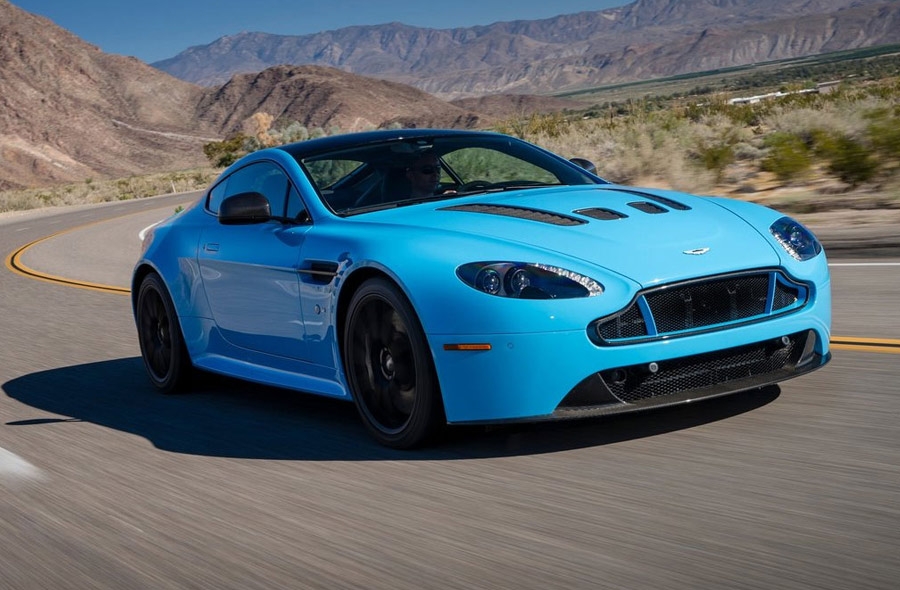 Jetset Magazine‘s Automotive Editor was recently invited to be one of the first U.S. media to test drive the latest two Aston Martin models launched by the Gaydon marquee: the luxurious 2014 Vanquish Volante and the extreme 2015 V12 Vantage S. Our three-day program gave us ample opportunity to experience the differing characters of these two new cars, “The Beauty” and “The Beast,” in the stylish surroundings of Palm Springs and the arid beauty of the California desert.

Following our first night in Palm Springs, it was time to select our new Vanquish Volante for the first of the two days of driving. Mounted on Pirelli P ZERO tires, the Aston Martin Vanquish Volante is the ultimate convertible Super GT and the first Volante to feature a full carbon fiber body. Benefitting from all of the technical, engineering and design advances present in the Vanquish coupe, the new Volante enhances the driving experience still further through the option of exciting convertible driving.

On the mountain roads between Palm Desert and Aguanga, I was able to fully experience the car and its incredible engine. Instantly becoming the most beautiful car in its class, Vanquish Volante crucially retains the coupe’s full breadth of dynamic character and sporting capability. It boasts the same new AM11 6.0-litre V12 engine as the coupe, and the same blistering performance figures, meaning the top speed stands at 183 mph. The car features the third generation Brembo Carbon Ceramic Matrix (CCM) brakes to deliver shorter stopping distances with resistance to fade in even the most demanding driving conditions. 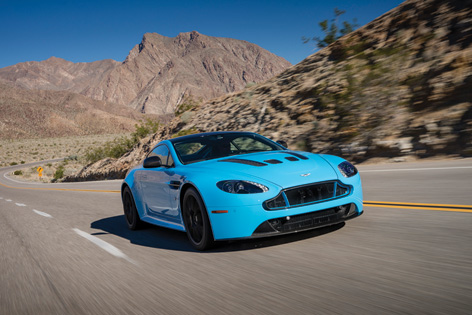 To my eyes, the new $297,995 Vanquish Volante is the most beautiful car in its class. Perhaps one of the most striking interior design elements is the center stack with refinements providing a more elegant form that is also more intuitive and accessible for both driver and front seat passenger.

Day two of our desert driving experience started with a briefing with Aston Martin’s designers to let us know about this new Vantage S. Mountains, canyon roads and freeways were on the menu with a lunch in a Temecula winery. Taking just 3.7 seconds to sprint from 0-60 mph, the new sports car underlines its position as not only the brand’s fastest accelerating production car, but also the most potent Vantage in Aston Martin’s glittering 100-year history. On the tortuous roads between Palm Canyon and Warner Springs, I experienced one of the greatest driving moments of my career behind the wheel of that Beast capable of reaching 205 mph, thanks to its new 565bhp AM28 6.0-litre V12 engine.

The $184,995 2015 Aston Martin V12 Vantage S has been restyled to reflect its position as the flagship of the new Vantage range. Most noticeable, perhaps, is the car’s grille that does away with the famous aluminum vanes, replacing them with a new carbon fiber arrangement that also includes sporty black carbon fiber or titanium silver mesh. 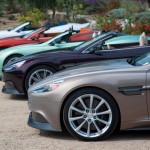 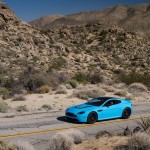 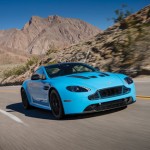 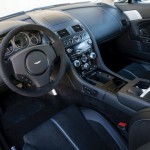