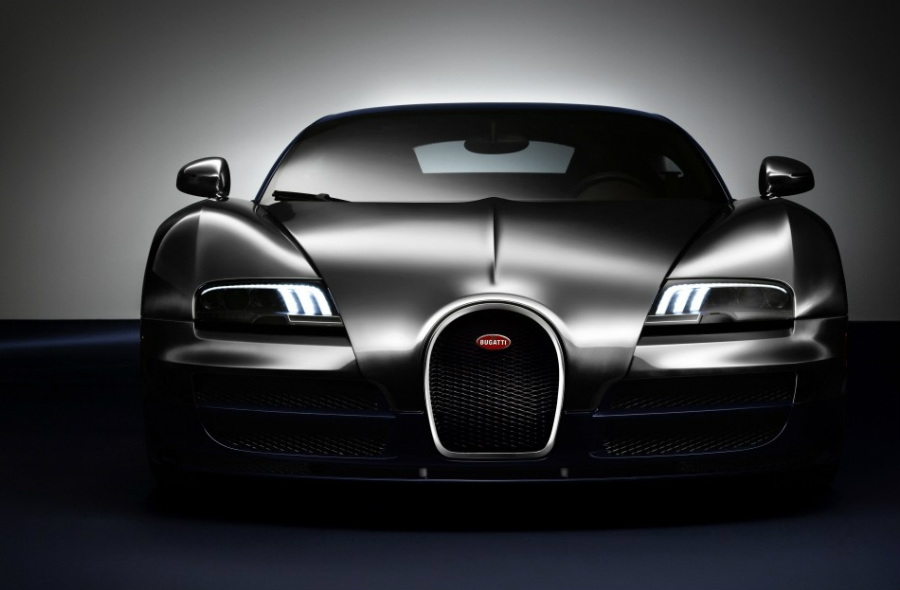 As part of the Monterey Car Week (11 – 17 August), Bugatti is celebrating the conclusion of its “Les Légendes de Bugatti” edition (Bugatti Legends). One year ago, Bugatti launched the exclusive model series during the Monterey Car Week at the well-known and attended automotive events “The Quail: A Motorsports Gathering” and “Pebble Beach Concours d’Elegance” with the first Legend. This year, the crowning conclusion will be held on August 15 at the same location with the world première of the company’s sixth Legend.

It honors Ettore Bugatti, founder and patron of the brand, and is based on the historical model Type 41 Royale. As with the five previous Legends, only three of the final Legends model will be produced. It costs €2.35 million net. Bugatti is presenting all six Bugatti Legends together for the first and only time.

“Ettore Bugatti is our ‘patron’. His demand that an automobile be a perfect harmony of technology and aesthetics still applies to us today,” said Wolfgang Dürheimer, President of Bugatti Automobiles S.A.S. “Ettore Bugatti always strived for the creation of a total work of art. His ideas and vehicles set the foundation stone for an automobile brand that was lauded then and now as the most valuable in the world. Ettore Bugatti himself is a legend. It was clear from the start that we should dedicate the final Legends model to him personally.”

Alongside the world première of the Ettore Bugatti Legend, for the first and only time, Bugatti will be presenting all six models of the Legends Edition on Friday, August 15 at “The Quail: A Motorsports Gathering” and also on Sunday, August 17 at the “Pebble Beach Concours d’Elegance”.

Exterior. The design of the carbon body of the Legends model “Ettore Bugatti” is based on a 1932 Type 41 Royale with the chassis number 41111 and sports a “yin-yang” color split. The front part is made of hand-polished aluminium and finished with a clear coating. Bugatti is the only manufacturer to use clear-coated aluminium on a production vehicle. For the first time, this material is used for the entire front and side panels including the bonnet, the mirror bases and housings, the exterior door handles and the corners of the bumpers, the wings, the doors and the regions just behind them, the so-called “medallions” (in French). The vehicle’s rear, sill panels and A-pillar trims are finished with dark-blue exposed carbon.

Based on one of the most famous wheel rim designs in automotive history, the polished, diamond-cut wheel rims were specially developed for this vehicle and color-coordinated with a dark-blue finish. The eight-spoke wheel was created by Ettore Bugatti who was looking for a light wheel for his racing cars, like the famous Type 35. Ettore thus made a decisive contribution to the development of the aluminium wheel in automobile manufacture. The new wheel rim design on the Vitesse Legend therefore carries the name “Ettore Bugatti.”

The distinctive horseshoe and the EB logo at the rear shine out in platinum and underscore the gleaming exterior appearance of this Bugatti Legend. The signature of the company’s founder Ettore Bugatti is engraved into the tank and oil cap and painted in silver.

Interior. Bugatti is using two types of leather for the first time in the “Ettore Bugatti” Legend. Traditional calf’s leather – here in a natural brown (Brun Cavalier) – is used throughout the vehicle interior. Those parts that are typically touched by hand including the steering wheel rim, gear lever, door handles, centre console armrest and door handle recesses, the switches in the door trims and in the roof module are all jacketed in an exclusive, natural cordovan leather. Bugatti is using this skilfully created leather – the tanning process alone takes around six months – for the first time. It is typically used for high-quality shoes and is particularly durable and sure to the touch.

The exterior’s blue exposed carbon is present again in the vehicle interior, such as in the door trims and cover of the rear centre box, perfectly complemented by the seats’ dark-blue seams. The eye-catching feature of the interior is the platinum-coated dancing elephant, that is inset in the cover of the rear centre box and reminiscent of the hood ornament of the Type 41 Royale. The figure was originally sculpted by Ettore’s brother, Rembrandt.

Other well-known Legends features have also been included in this vehicle, namely the “Brun Cavalier” leather-clad insert in the centre console extension which bears the “Les Légendes de Bugatti” nameplate and the relief of the dancing elephant as well as the door sills bearing the portrait and signature of Ettore Bugatti. 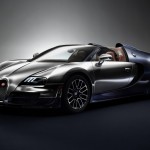 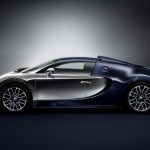 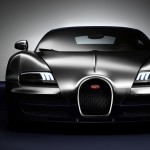 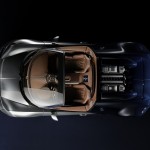 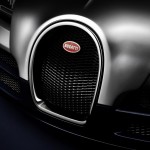 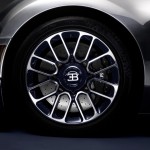 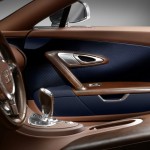 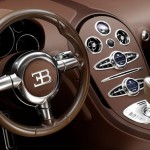