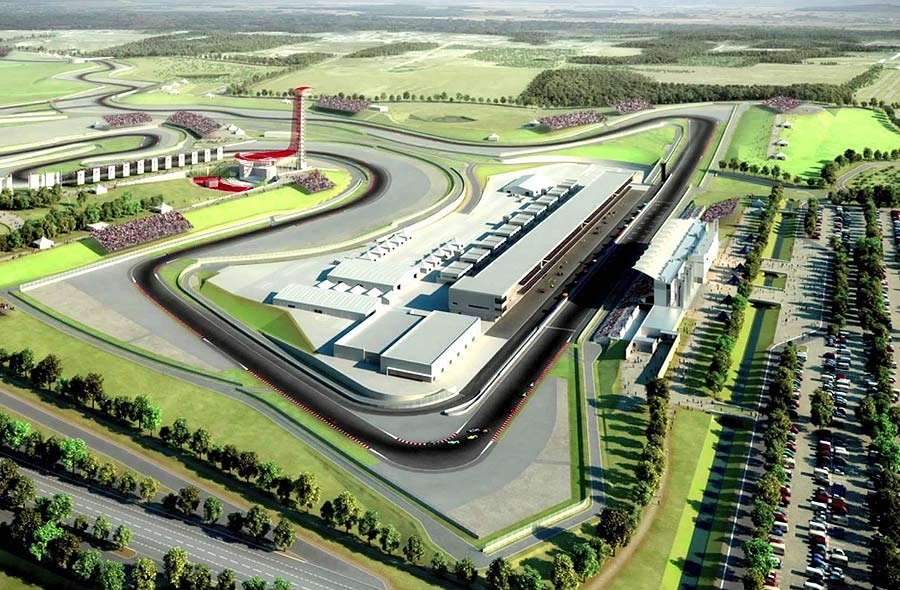 Along with the Olympics and the Soccer World Cup, Formula 1 is one of the biggest sporting events in the world.

The difference between F1 and the Olympic Games and the Soccer World Cup is that the F1 World Championship is held every year in various locations around the planet and is the most watched annual sport in the world.

With 20 events named Grand Prix, the F1 World Championship runs in 18 countries around the globe. The international F1 “circus” takes its teams, drivers and fans from Europe to India, Bahrain to Malaysia, China to Australia, Brazil to Canada, and soon, F1 will make its comeback to the United States with the Formula 1 United States Grand Prix to be held November 16-18, 2012 at Circuit of the Americas in Austin, Texas. It is already known by the racing industry as the most modern, sophisticated, challenging and outstanding race track in the world. Known as “CoTA,” Circuit of the Americas is more than a track – it’s the first facility in the nation that was built specifically to F1 specifications and amenity standards.

This new world-class motorsports and entertainment venue is located nine miles from Austin-Bergstrom International Airport and less than 15 miles from downtown Austin. Circuit of The Americas will host the Formula 1 United States Grand Prix through 2021 and V8 Supercars from 2013-2018. It will be the only FIA-certified Grade 1 track in the United States, and one of only 26 Grade 1-certified motorsports facilities in the world.

The venue is expected to draw hundreds of thousands of fans from all over the world and will be seen by approximately 30 million television viewers across the globe during the Formula 1 United States Grand Prix. It will also host dozens of high-profile motorsports, entertainment and business events each year. CoTA will serve as a leader in sustainability as it relates to major event venues and motorsports, through high-performance operations, design, research, education and partnerships.

CoTA-hosted events are projected to generate an annual economic impact of $400-500 million, equating to $4-5 billion over 10 years for Texas. The CoTA-hosted Formula 1 United States Grand Prix will attract as many as 300,000 people each Grand Prix weekend, with an estimated 80 percent of attendees coming from outside Texas.

Formula 1 cars are considered to be the fastest circuit-racing cars in the world. F1 is broadcast to 200 countries around the world and attracts one of the largest global television audiences. Only 55 U.S. drivers have raced in Formula 1 since the beginning of the championship. Only one American-born driver, Phil Hill with Ferrari in 1961, has won the F1 World Championship. Italian-American Mario Andretti, who is now the official Ambassador of the Circuit of the Americas, won with Lotus in 1978. With the debut of the United States Grand Prix at Circuit of the Americas in Austin in 2012, the opportunity to lift F1’s profile and bring American drivers into the fold will be greatly enhanced.

Modern Formula 1 United States Grand Prix races took place in Watkins Glen, New York between 1961 and 1980 and in Long Beach, California between 1976 until 1983. The Las Vegas Grand Prix ran in 1981 and 1982. The year 1982 saw the inaugural Detroit Grand Prix as well, making three F1 races in the U.S. that year. Detroit would last until 1988. A one-time Dallas Grand Prix was held in 1984. In 1989, F1 moved to Phoenix, Arizona and stayed there until 1991. It was not until 2000 that another Formula 1 United States Grand Prix took place, this time at the Indianapolis Motor Speedway, Indianapolis where it was held until 2007.

Circuit of the Americas is due to open at the end of October 2012. The 3.4 mile long track is made up of twenty turns with an elevation change of 133 feet. The spectator capacity of the course is estimated to be one hundred thousand with the use of permanent and temporary seating facilities. The Formula 1 United States Grand Prix marks the return of the F1 series to the United States for the first time in five years.

Tickets for the race are available online at Cotausgp.com or by calling the Ticketmaster hotline, (800) 745-3000. 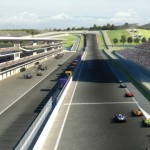 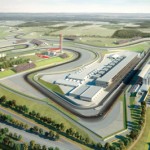 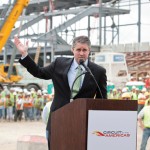 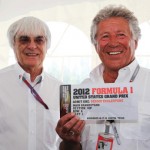