Don’t Miss the Automotive Lifestyle Event of the Year, March 20-27! 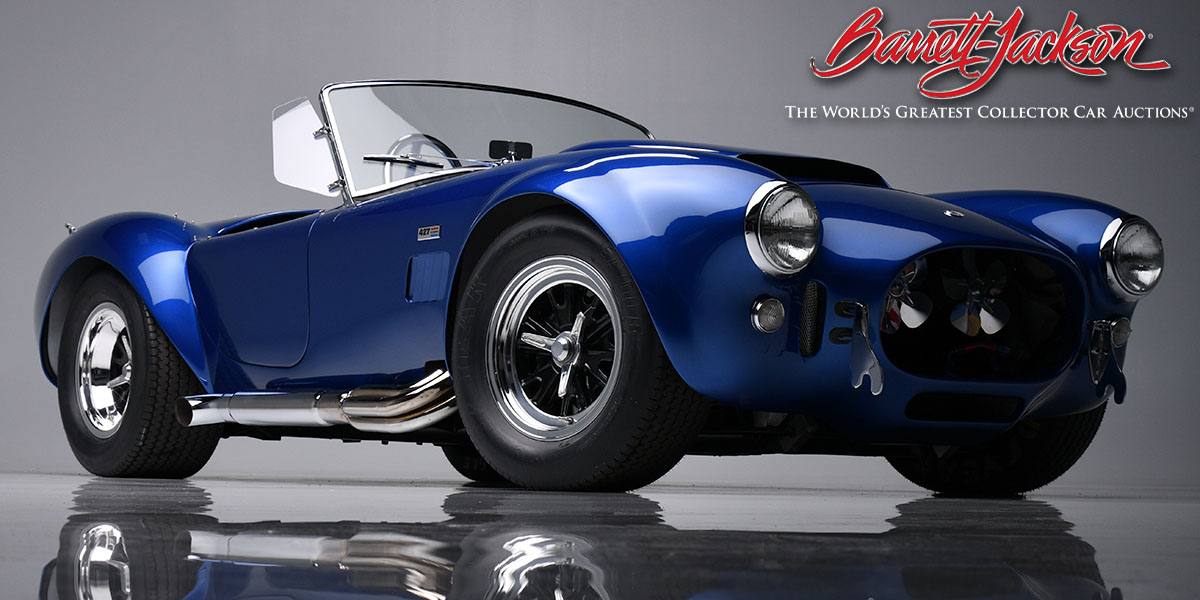 Excitement is building for the 2021 Barrett-Jackson Scottsdale Auction! Traditionally held in January, the event was rescheduled to March 20-27, and there’s a lineup in store that promises to make it worth the wait.

The offering is headlined by three incredible collections, the greatest selection of Shelbys the company has ever sold – starring Carroll Shelby’s one-and-only Cobra 427 Super Snake, as well as the Triple-Crown-winning 1965 GT350 – an outstanding 1967 Ferrari 275 GTB/4, the first Ford Thunderbird ever sold to the public, and two fine cars from the personal collection of Edsel B. Ford II. In a first for the collector car auction industry, a record-breaking number of VIN 001 and first-production vehicles made by America’s top automakers will be crossing the block for some very worthy causes. 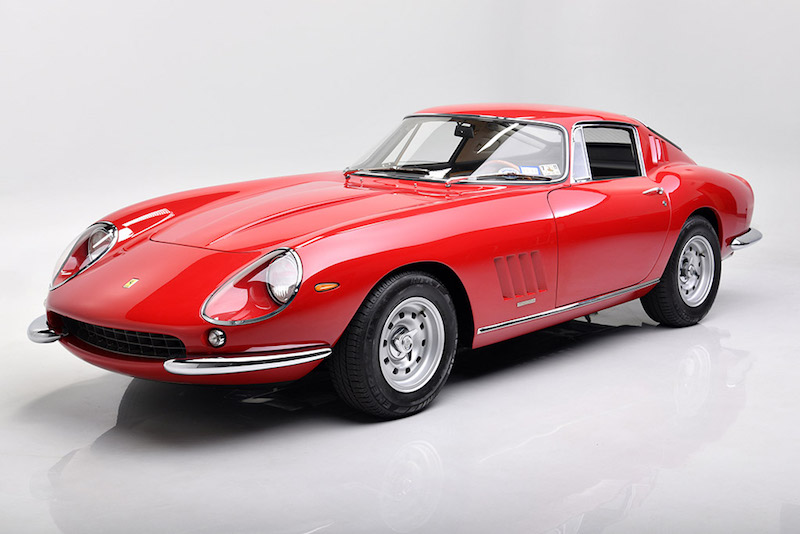 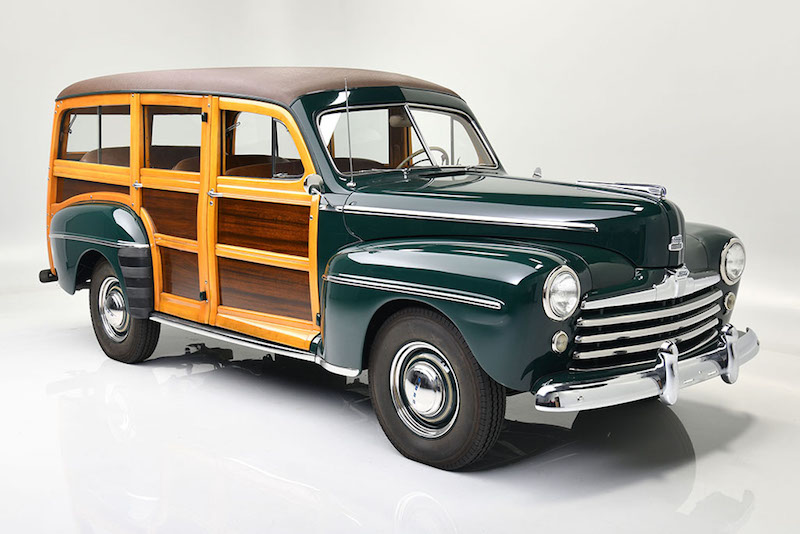 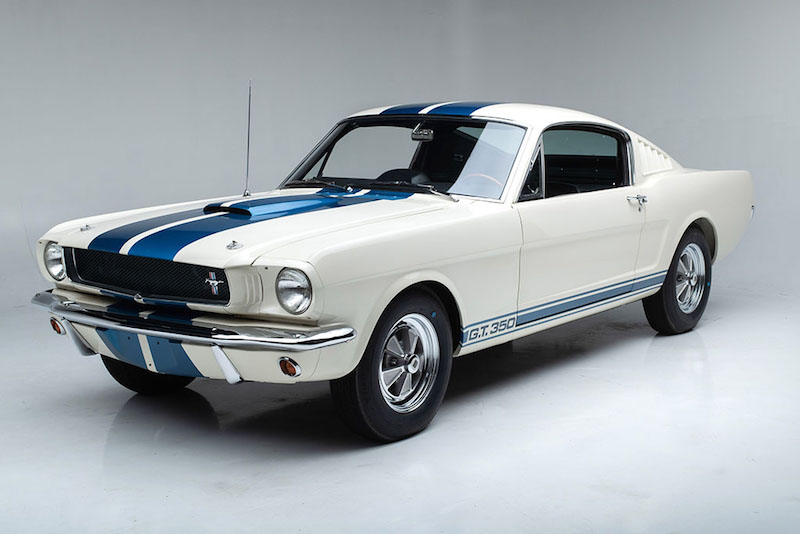 With Barrett-Jackson marking their 50th year in 2021, the Scottsdale event also sees the return of the Barrett-Jackson Cup competition, which recognizes the talent and craftsmanship of custom car and truck builders. The 50 competitors will be on display for the first three days of the event, culminating in a “parade” on Monday, March 22, after which judges will narrow the field down to the Top 5. The “Ultimate Best of Show” winner will be announced at the auction on Saturday, March 27.

The first three days of the event serve as preview days, with collector cars beginning to cross the auction block on Tuesday, March 23. While the auction arena itself will be reserved for bidders and consignors due to capacity restrictions, general admission attendees won’t miss a minute of the action, with the bidding being broadcast onto large screens throughout the event site. 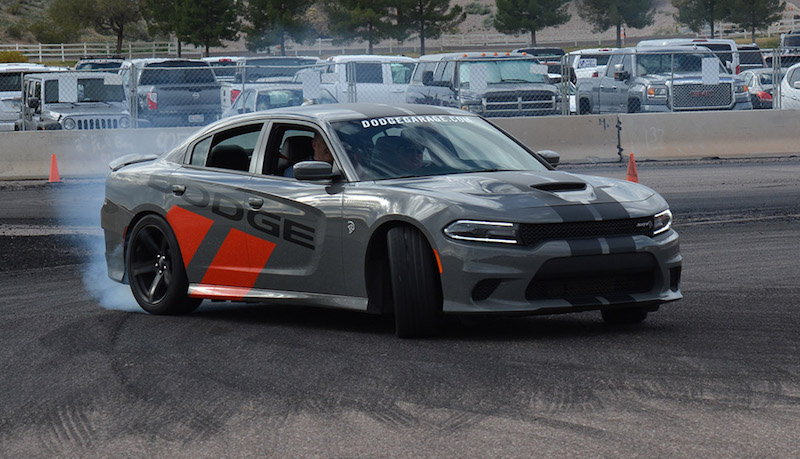 Of course, there’s also plenty to do beyond the auction arena. Visitors will be able to get an up-close look at the hundreds of amazing collector vehicles on display throughout the event, check out the latest in automotive technology and more in the Sponsor Pavilion, shop for luxury items and automotive-related treasures in the vast Exhibitor Marketplace, ride shotgun on an exhilarating thrill ride with a professional driver around the Barrett-Jackson Performance Track, go on an Off-Road Experience with Ram Trucks (new this year), see product demonstrations and learn from car restoration experts on Restoration Row, enjoy live music performances and grab a bite to eat from one of the dozens of dining options available throughout the site. 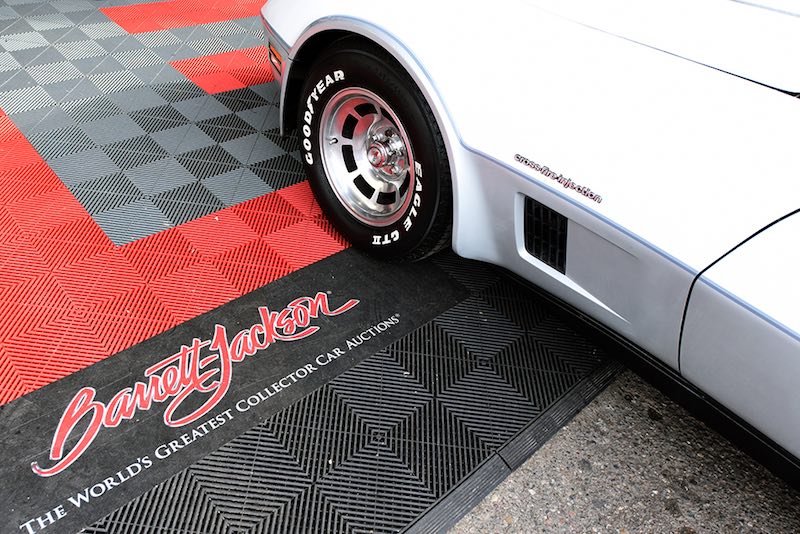 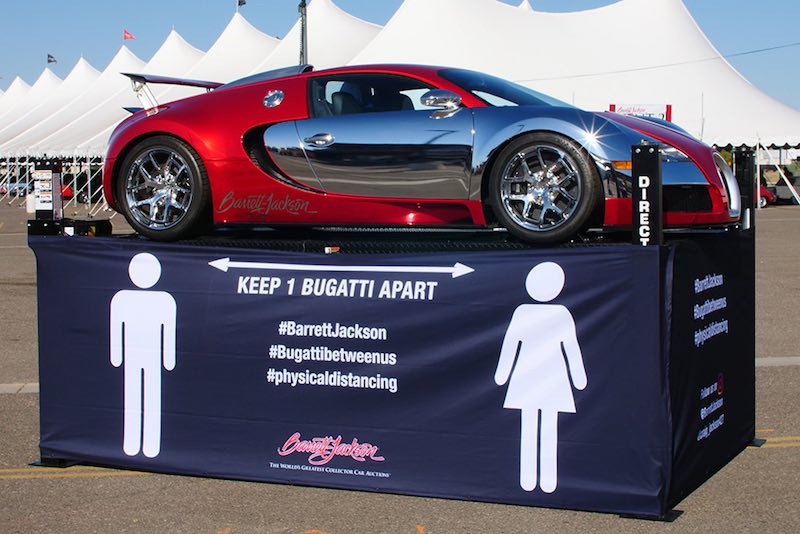 As always, keep your eye out for celebrities at this event. David Spade, Travis Barker and Ant Anstead are among the well-known names selling vehicles at the auction, and a 2010 Ford Mustang Roush Barrett-Jackson Edition headed to the block will sell to benefit the Michael Phelps Foundation (with the Olympic champion expected to be onstage).

As evident at Barrett-Jackson’s Fall Auction back in October, there will be plenty of safety protocols in place to keep guests and the collector car hobby healthy (read more about that here). The company is even taking it to the next level in terms of sanitation at the auction site, using the latest in drone technology. 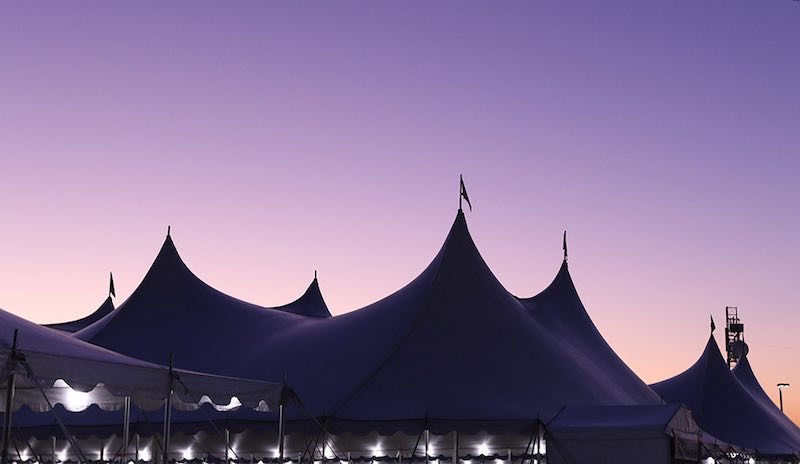 General admission tickets are available for purchase online only (there will be no box office at the event). Don’t miss what promises to be an event to remember – visit Barrett-Jackson.com for tickets and more information. Want to go all-out? VIP packages are also available!