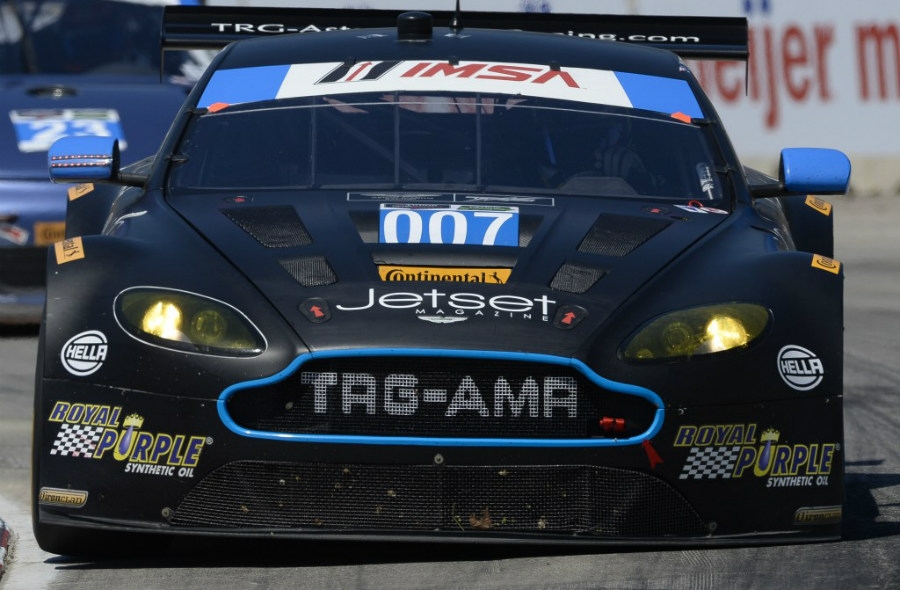 Al Carter and his teammate James Davison scored their best ever result so far this season in the Jetset Magazine Aston Martin in Detroit.

The No. 007 B+ Foundation/Jetset Magazine/Caramba Tequila/Sideskinz/Eagle Tech Systems/Adobe Road Winery/Royal Purple finished 4th, only a few tenths of a second behind the 3rd place car. This great result for TRG-Aston Martin Racing put a smile on Al Carter’s face and gave him some great inspiration before flying to Kansas Speedway for round 5 of the 2014 Continental Tire SportsCar Challenge this week.

Al Carter arrived in Detroit early in the week to attend some promotional events organized by TRG-AMR and the local Aston Martin dealer in Troy, Michigan. Carter saw the IndyCar race last year but this was his first laps around the 2.36-mile temporary street course. He adapted really well and did a great job all weekend with the car. James Davison was fastest in the first practice and in the warm-up showing that the hard work from the TRG-Aston Martin Racing engineers and crew led by team owner Kevin Buckler is starting to pay off.

Australian James Davison qualified the 007 B+ Foundation/Jetset Magazine/Caramba Tequila/Sideskinz/Eagle Tech Systems/Adobe Road Winery/Royal Purple in 5th place for the race on Friday afternoon. Following a good final warm-up session topped by Davison, Carter took an excellent start and did not make any mistake during his stint despite starting the race surrounded by some of the best professional GTD racers in the series.

Davison took over at half way and after a good pit stop from the TRG-AMR crew, James fought really hard to pass cars in the tough Belle Isle Detroit street course where passing is almost impossible. Due to the busy racing schedule and to accommodate all the racing series like IndyCar and the World Challenge, the Detroit Chevrolet Sports Car Classic race was only a 100 minute race compared to the regular 2 ¾ hour sprint race scheduled in the series.

“P4 was pretty respectable, but this car was good and James drove his ass off,” said Carter. “He needed a couple more laps and he would have gotten us up to the podium. The crew did great because the car was the story of the weekend. The Aston Martin was really hooked up and we could do a lot. Good run for TRG, we needed a solid finish and it was our first top five this year. This will really give us some momentum as we go on.”

If the race would have had its regular 2 ¾ hour format, James Davison would probably have been able to pass more cars and end up on the podium. Instead, the No. 007 B+ Foundation/Jetset Magazine/Caramba Tequila/Sideskinz/Eagle Tech Systems/Adobe Road Winery/Royal Purple finished 4th, a great result knowing that the team will continue to improve the car for the next seven TUDOR United SportsCar Championship events scheduled this season.

“That was the most intense racing I’ve ever done, on so many levels,” Davison said. “Just so many good drivers, different cars, bumpy street circuit, hot and greasy conditions. A fourth-place finish is certainly good, but a little disappointed we didn’t quite get the podium. It was such a street fight on those restarts. I made a good one but then someone got sideways in front of me and I got checked up and three guys went by me. It just took forever to cleanly get back by them. In the end, I drove with a level head. I bided my time and progressively picked them off. At the end, I was all over third place but we ran out of laps.”

The next race for Al Carter and teammate is the Sahlen’s Six Hours of The Glen scheduled for June 27-29 at Watkins Glen International Raceway, New York. The regular driving duo will be joined by a third driver for this race. David Block will make his return to the 007 Aston Martin after racing in the first two rounds this year. 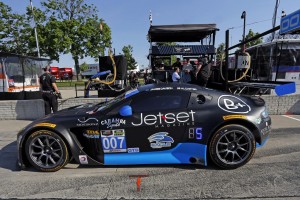 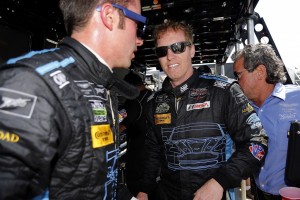 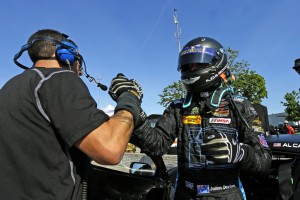 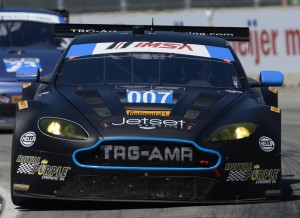