From the Showroom to the Daytona Racetrack: Luxury Brands Battle to the Finish in Daytona 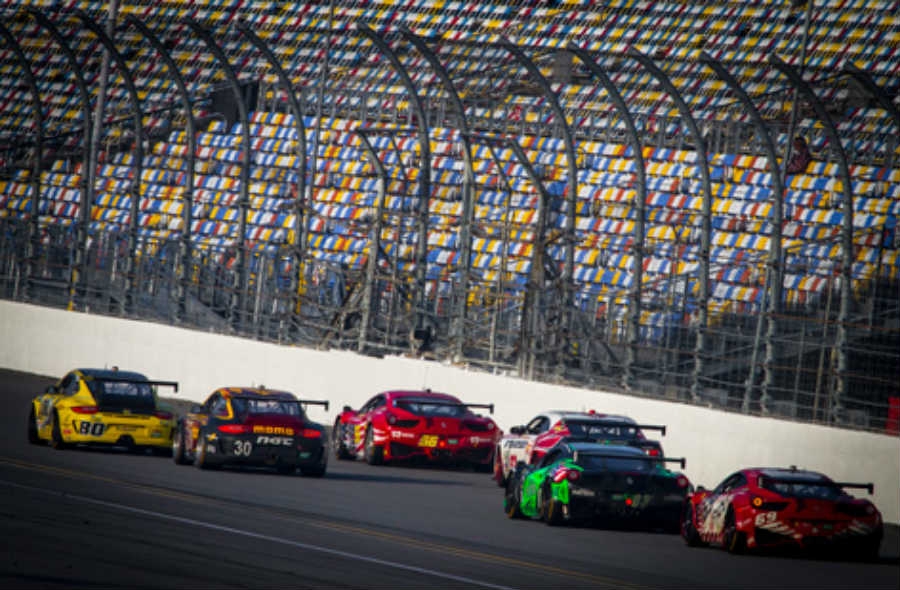 The 51st Rolex 24 At Daytona Racetrack put on a tremendous finale, maintaining tension right up to the last lap.

A pre-race favorite in the Daytona Prototype class, Chip Ganassi Racing’s No. 01 BMW/Riley, took the checkered flag as the Rolex timing hit the 24-hour mark. The No. 01 drivers, Pruett/Kimball/Montoya/Rojas, were jubilant. Pruett’s fifth overall win puts him alongside Hurley Haywood in the record book. The GT race came down to a battle between European luxury manufacturers Audi, Ferrari and Porsche.

The most exciting race was the GT race. The GT, or Grand Touring, class has long been a staple of sports car racing, both in national and international competition. The cars are historically those production-based cars built for the street typically found at the local dealership and modified for the racetrack, though some cars in international series have been built as specific-based race cars with production-lookalike bodies.

Audi was ready to take on Porsche in battle for GT-class supremacy and won!

The Audi R8 Grand-Am, powered by a production-derived 5.2-liter V10 FSI engine, made its best showing to date at the Rolex 24. Albuquerque/Jarvis/ Mortara/Von Moltke won the GT category in a dramatic finale. The runners-up trailing the winners by 1.4 seconds were Baas/Basseng/Rast/Stippler. With the class victory at Daytona, Audi, under factory commitments or in cooperation with its customers, has now won the world’s most important 24-hour races. 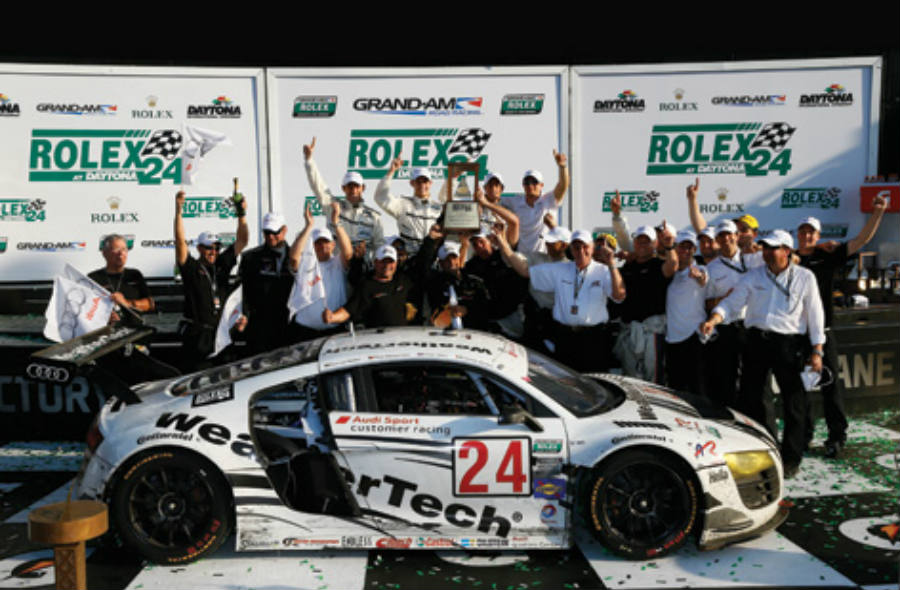 The latest evolution of the Audi R8 Grand-Am experienced a successful baptism of fire in the toughest Grand-Am race of the year. All four of the updated customer sport race cars for the United States were running with technical perfection all the way up to the finish of the 24-hour race.

Porsche won the production-based GT class in the Rolex 24 in 10 of the last 12 years and was expecting a tough battle with Audi and Ferrari in the race, but was not able to win the 51st edition despite their 18 GT entries in the 2013 race.

Porsches have won the Rolex 24 overall 22 times, and have earned 74 class wins. The first overall victory was in 1968, with the most recent wins in 2003 with a GT car and 2009 and 2010 with Porsche-powered Daytona Prototypes. Porsche’s first class win at Daytona was in 1966, with the most recent being the Magnus victory last year. Porsche 911-based race cars have 39 overall and class wins, while Porsche scored 11 consecutive overall victories from 1977 to 1987 in the iconic 24-hour event.

Ferrari’s adventure in the 51st Rolex 24 At Daytona Racetrack ended with one car on the podium and three places in the top ten at the end of this legendary, grueling endurance race in Florida. The Ferrari 458 Grand-Am was taking part in the event for the second time, after last year’s debut appearance. Of the six cars flying the Maranello brand’s colors in the United States, the best result came from the reigning Grand-Am champions with a crew made up of Emil Assentato, Anthony Lazzaro, Nick Longhi and Craig Wilkins, who took the third place on the podium on the very last lap, behind the two Audis.

The GT battle will continue throughout the rest of the 2013 Grand-Am season. 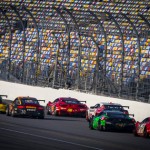 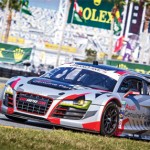 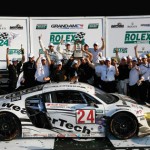 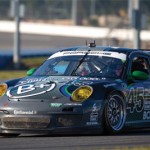 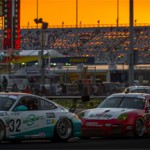 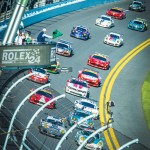 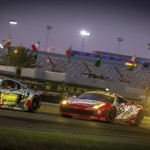