Maserati Brings 100 Years of Its Past to Monterey Car Week 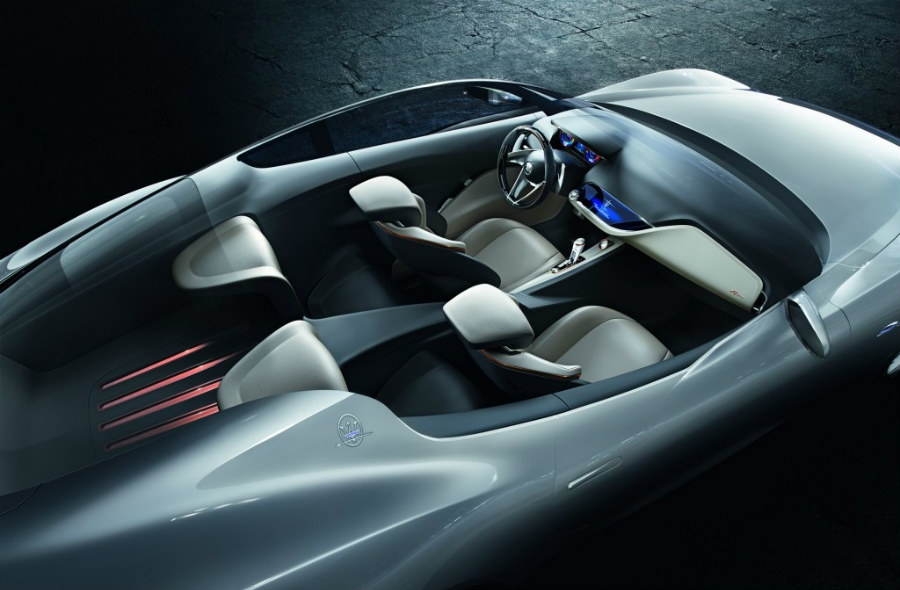 The world of motoring is readying for Monterey Car Week (August 11–17) where Maserati will take center stage and celebrate 100 years of engineering, style and automotive excellence.

This will mark an unrivalled opportunity for fans and owners alike to reflect upon the heritage that built the trident brand while getting a glimpse of its vibrant present and future with the North American Premiere of the new Alfieri concept coupe. This milestone, coupled with the full range of today’s Maserati models on display including the Quattroporte and Ghibli sport sedans, and special GranTurismo Centennial Edition MC honorary coupe and convertible, proves Maserati is well poised for the future.

“Paying tribute to 100 years of rich automotive history is a rare and distinguishing achievement, particularly as Maserati is on the cusp of so many beautiful new cars and inspiring innovations that assure its growth and continued vitality,” says Peter Grady, President & CEO, Maserati North America, Inc. “Maserati is celebrating its centennial at several key venues around the globe, and the Rolex Monterey Motorsports Reunion and Pebble Beach Concours d’Elegance are unquestionably highlights on the international calendar.”

As the Featured Marque of the Rolex Monterey Motorsports Reunion (August 14-17 at Mazda Raceway Laguna Seca), Maserati will premiere the stunning Alfieri 2+2 concept coupe for the first time in North America. The Alfieri is a fully-functional prototype that says much about the design DNA of future Maseratis. It takes its name from Alfieri Maserati, the most prominent of the Maserati brothers and the engineering genius who founded the “Officine Alfieri Maserati” in Bologna one century ago, the Alfieri concept represents the true essence of the Maserati brand. It’s a sleek, Italian-style 2+2 like the 1957 3500 GT, the 1959 5000 GT, and the 1969 Indy that followed, and clearly affirms Maserati’s racing pedigree. “The Alfieri is a transition point between 100 years of history and the future that is opening up before us,” says Lorenzo Ramaciotti, Head of Design for Maserati, who will join to host the unveiling with Peter Grady, President & CEO, Maserati North America. The Alfieri brings a compact and low-slung design to effectively compete in the high-performance coupe segment.

Maserati will welcome Sir Stirling Moss as guest of honor of the Rolex Monterey Reunion. Sir Moss is an important figure to Maserati’s racing history, winning the Italian and Monaco Grand Prix in 1956 at the wheel of the legendary Maserati 250F—the same type of car in which his rival, Juan Manuel Fangio, won the Formula 1 World Championships in 1954 and 1957. Dozens of classic Maseratis, including examples of the Tipo 60 “Birdcage” (also driven by Sir Moss) which brought numerous wins to Maserati from 1959 will take to the track during the Reunion. American race driver Derek Hill, son of World Champion Phil Hill, will strap himself behind the wheel of the lone surviving Maserati Tipo 151, of which only three were ever constructed. Entered by Fratelli Auriana Racing from the collection of Lawrence Auriana, the Tipo 151 (chassis 151.006) has been fully restored and since competed in three successive Goodwood Revivals and, last year, in the 2013 Le Mans Legend.

On Sunday, August 17, the 60th Annual Pebble Beach Concours d’Elegance celebrates Maserati’s Centennial by honoring the Trident as its Featured Marque with what promises to be the finest array of classic Maseratis ever assembled on the main fairway; the Alfieri concept will also be displayed on the Concept Lawn. Maserati is of course no stranger to this legendary Concours: a 1964 Maserati Mistral Coupe took top honors as Best in Show at the Pebble Beach Concours d’Elegance in 1968, and remains today the most recent post-war car to achieve this feat. Following the U.S. tribute during Monterey Car Week, Maserati’s birthday celebrations, which are celebrated with a special website located at www.maserati100.com , will continue at the International Maserati Centennial Gathering in Italy on September 18-20.

Maserati produces a full line of two and four door models legendary for their spacious handcrafted luxury, thoroughbred performance and everyday usability. The Maserati range includes the all-new full-size Quattroporte and the mid-size Ghibli sport sedan, which earned a 2013 Top Safety Pick from the Insurance Institute of Highway Safety (IIHS)*. The flagship Quattroporte GTS leads the charge with a 523 HP twin turbo V8 while both the Ghibli and Quattroporte are available with All-Wheel-Drive, a competition bred twin-turbo 404 HP V6 and an adaptive 8 speed automatic transmission. The two-door GranTurismo line continues with several variants of coupes and convertibles that combine elegance and comfort for four adults, with a six speed automatic transmission to keep the legendary Maserati performance and exhaust note close at hand. Maserati automobiles and merchandise can be found at authorized retailers across North America. Information on Maserati can be found at www.maserati.us for the U.S. or www.maserati.ca 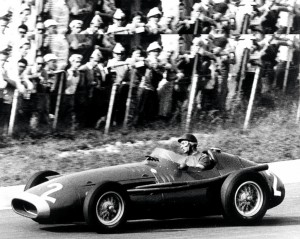 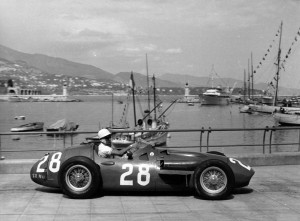 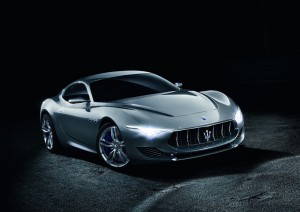 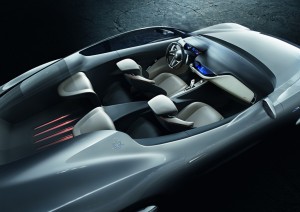