McLaren Built a Car That Will Bring You Million Dollar Deals 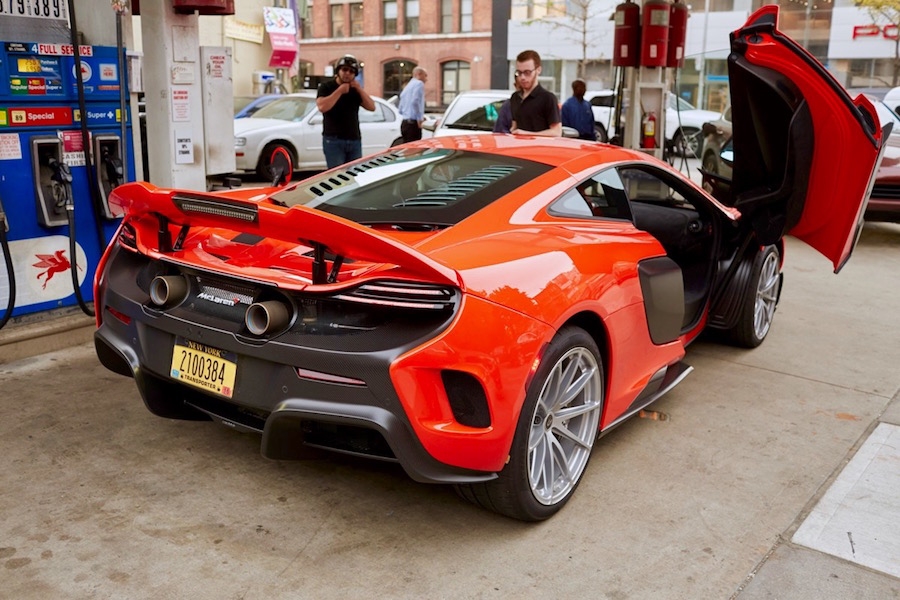 At a certain point, how much a car costs almost becomes irrelevant. You fall so insatiably in love with it that the price just becomes another line item on a document that is vastly overshadowed by your feeling for the car itself. This is one of those cars. It’s called the 675LT.

It’s the Ferrari 250 GTO of the modern era. And you’re going to want one as soon as you drive it. Only, they’re all already sold so if you want one, you’ll have to get in line quick for the Spider version.

McLaren recently threw me the keys to their ultra-exclusive 675LT (only 500 being made and just 179 will ever come to the States), after I conned them into believing I was a big-time automotive journalist. Upon picking up the car in Manhattan, I immediately set a course out of the city and up to Bear Mountain, where I could experience the car near its limit (or so I thought). But before I explain why this is the best car I’ve ever driven, let’s jump into why this car can make you more money than it costs.

You’ve probably seen the Ferrari and Lamborghini videos on YouTube. They wax poetic about how cool it is to own those marques. And those cars attract attention, evidenced by the number of views YouTube videos have that feature a Ferrari or a Lamborghini in the thumbnail preview. But you know what’s going to attract even more attention conducive to wealth generation? A McLaren 675LT. Not only is the 675LT thrice the car that a Ferrari 458 is, it’s going to attract ten times the amount of attention. I know because I’ve driven both.

Riding through town in a McLaren is like you’re Jay Leno driving down Hollywood Blvd. in a convertible. And riding through town in a Ferrari is like passing through in a pimped out Prius by comparison to the McLaren. (Deal with it Ferrari owners, because it’s the truth.) This car caused such a scene that when it was parked, a cop pulled over to tell me to move it because it was “disrupting traffic” as a result of all of the people stopping to take pictures with it. The car was disrupting traffic. The cop probably should of had a chat with the car (not me) and told it to dial back its swagger. 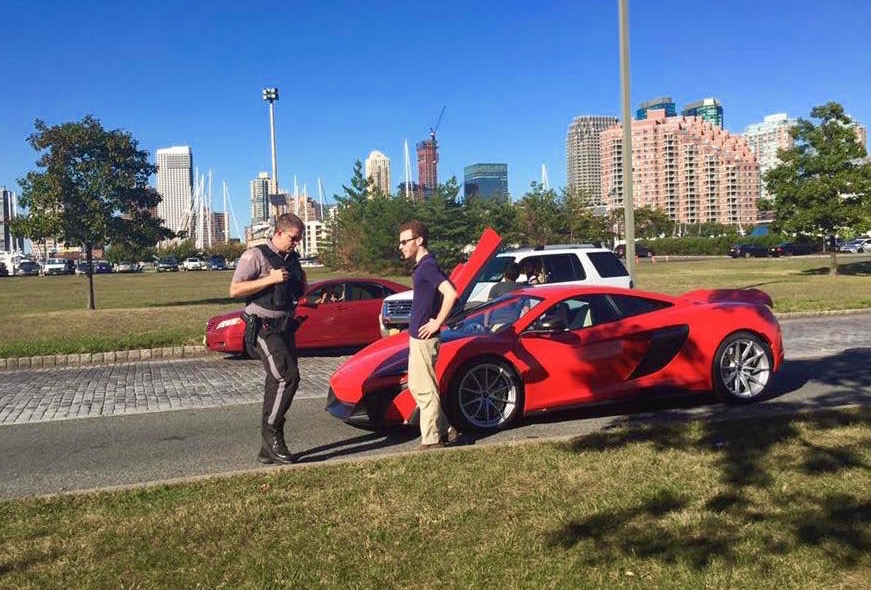 I’ve driven the Bugatti Veyron, Ariel Atom, Rolls-Royce Wraith, Polaris Slingshot and dozens of other attention-grabbing cars, but the McLaren 675LT causes a scene like no other car I’ve experienced. People pull off the road with you and take highway exits with you just so they can take pictures. I had people stop in the middle of the street and get out to take pictures with it. One guy even, at 60mph on the highway, put his entire upper body out his car window to turn around and snap photos (I don’t even know how he managed to keep his car going straight). Whenever I’d walk back to it in a parking lot, there’d be a group around it snapping photos. This never happened with any Ferrari or Rolls-Royce I drove. The car is a bonafide celebrity.

Your earning potential is in proportion to the amount of attention you attract. So consider it a marketing expense and go buy yourself a McLaren.

I’m considering buying one just so I can hold meetings in it. “Shall we wrap up this deal in my McLaren, and then go for a celebratory spin?”

Of course, this phenomenon isn’t exclusive to the 675LT model. The 650S will probably do, too, considering it looks almost identical. And considering all 500 examples of the 675LT are already sold, owning one at this point might be extremely difficult. So save a hundred grand and go get a 650S for nearly the same effect. 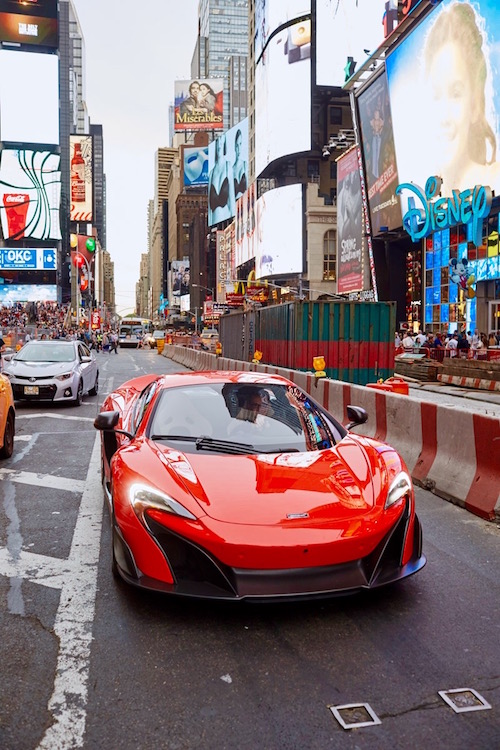 But how it looks and what people think from the outside looking in is one thing. If you’re going to buy one, it’s also pretty darn important how it performs.

Hold on for a second before we dive in because I just got a rush of adrenaline again sitting at my desk typing this while merely thinking about the 675LT. In hindsight, I probably should of emptied my U.S. bank account, fled across the border to Canada and spent the rest of my life in a remote outpost in the Canadian Rockies eating salmon and deer and caressing and stroking this astoundingly good car.

“I’m not a car guy, but this car made me understand for the first time why some people are so passionate about cars.”

The 675LT is fast on a new level. It’s Bugatti Veyron Vitesse fast, and the Bugatti has nearly twice the horsepower. You’re doing 100mph in under 6 seconds from a dead stop. 0-60mph comes in 2.7 seconds. The acceleration is incredibly thrilling. Pin it and watch every car literally evaporate in your sideview mirror. I don’t say rearview because the rearview mirror is useless on this car; utterly useless. You can’t even see a cop’s lights out the rearview mirror because the giant air brake blocks the entire view.

“There is something about how it pulls in first and second gear like other powerful cars, but then third and fourth happen and it just *keeps* pulling just as strong.”

But even more surprising than the acceleration is the grip. It just sticks and never lets go. More grip is available than I have the gonads to attempt. This car is more competent than I am fearless. And that has *never* happened before with any car I’ve ever driven. The mechanical grip alone with the ultra sticky Pirelli Trofeo R tires is astounding. Paired with the amount of aerodynamic grip this car has and it seems the faster and harder you charge corners, the more it sticks. It’s almost as if the hand of god is holding it to the road. I have never experienced traction like this in any road-going car. The only word I can use to describe it is ludicrous. This car has so much traction it should be impossible. Most supercars lose grip dozens of mph before this one does. It’s different and it intrigues me to become an even better driver than I already am in order to find where its limits are.

“It was the fastest, most aggressive car I’ve ever been in, and I’ve driven a number of super cars. The grip to the road is like nothing I’ve ever felt. Even as a passenger, it was a thrill ride.”

No matter how fast I went, the 675LT remained unequivocally composed. Never twitchy or nervous, even while taking corners at speeds that most Porsches would shiver at. You just can’t get to the limits of this car on the road. And I say that while also saying you can (or I can) with an Audi R8, Porsche 911, Ferrari 458, and others. After driving this car, it completely makes sense that McLaren has won more racing trophies than any other car manufacturer in the world.

Let’s talk about some of its less favorable attributes for a second.

Suspension is very firm, but livable. The infotainment system is good, but not great. Certain screens like the map could be much faster and easier to navigate; doesn’t feel intuitive. The sound system is mediocre at best, but I suspect all the weight-saving decisions on this car is what resulted in that. No matter though because you’ll only want to listen to the all-titanium exhaust set on Track mode every second you’re in this car. I’d option it without the audio system and save the weight and money. But I’d absolutely tick the box on the air conditioning system (an option in this lightweight car). If the car I drove didn’t have AC, it would of been a substantially less enjoyable experience.

The brakes squeak pretty obnoxiously once you get them warm, but that’s standard for carbon ceramic brakes and I wore that as a badge of honor when crawling to a stop at street lights.

“I still have PTSD from how quickly it decelerates.”

With a full tank of gas (19 gallons), the car showed an 80 mile range. But did I care? Not one bit. It will supposedly get 22 mpg hwy (418 mile range), but I didn’t experience those numbers.

The 675LT sits so low that you can’t see it in a parking lot. It hides. Normal sedans look like SUVs by comparison. And that’s in its high setting with the optional electronic vehicle lifter that raises the car about 1.5 inches with a few presses of the steering wheel stalk so that you can (just barely) clear speed bumps and curbs.

When I got home to my Porsche, I noticed one thing that McLaren engineers need to take a good look at: how Porsche builds their front trunk mechanism. Every time I closed the frunk on the McLaren, it felt like I was going to break it. My Porsche’s frunk closure on the other hand is incredibly satisfying to close. Splitting hairs? Maybe. But it’s all about the details.

The fact is the 675LT is hands down the best car I’ve ever driven, and by an order of magnitude. It’s just stupid unbelievable performance. I’ve honestly never experienced anything like it. And now I think I have to go buy a McLaren. 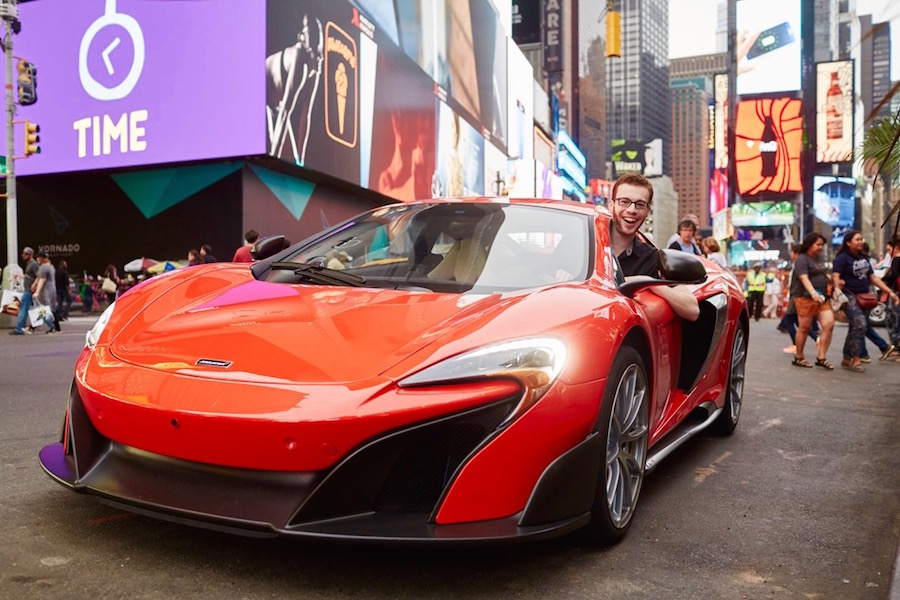 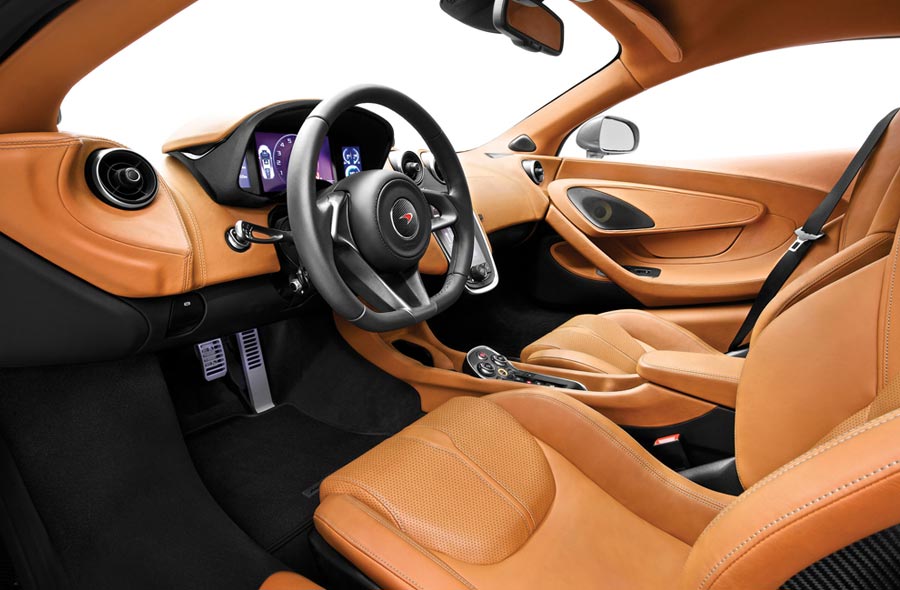