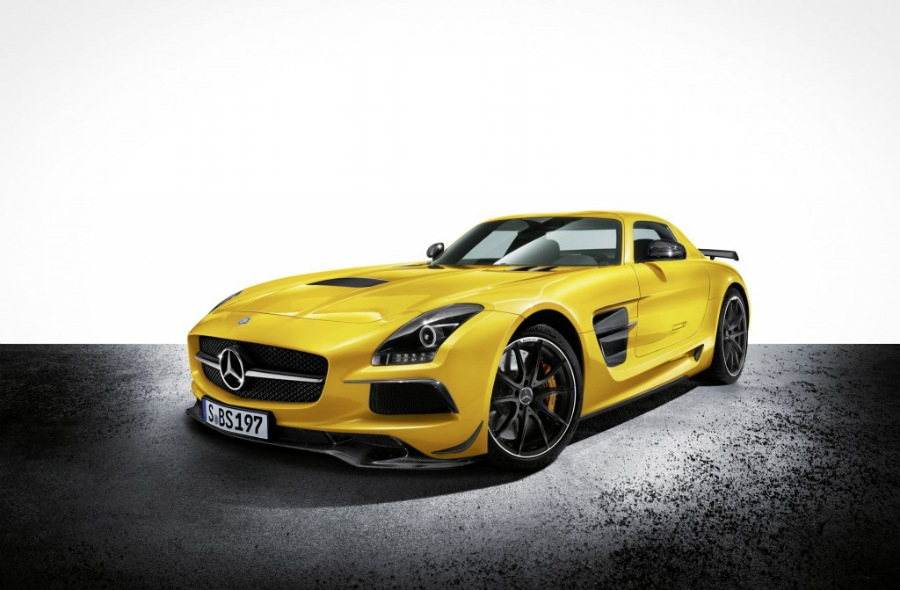 Mercedes-AMG presents the most extreme version of the celebrated SLS, the 2014 model-year SLS AMG Black Series.

Inspired by the SLS AMG GT3 race car, the fifth Black Series model from Mercedes-AMG boasts a mix of breathtaking design, outstanding driving dynamics and uncompromising lightweight construction in line with the AMG Lightweight Performance strategy. With a curb weight of 3,417 pounds, the 2014 SLS AMG Black Series achieves a power/weight ratio of 5.49 lb / hp. The AMG 6.3-liter V8 engine generates 622 horsepower at 7,400 rpm and accelerates the most dynamic SLS of all time to 60 mph in only 3.5 seconds.

The uprated AMG 6.3-liter V8 engine generates 622 hp and 468 lb-ft of torque, making the 2014 SLS AMGBlack Series the most powerful AMG high- performance automobile with a combustion engine. Only the SLS AMG Electric Drive with a maximum output of 740 hp has more power. The 2014 SLS AMG Black Series accelerates to 60 mph in just 3.5 seconds, and onward to a top speed of 196 mph of power.

The brake system on the SLS AMG Black Series boasts excellent deceleration performance and outstanding stability. The standard AMG high-performance ceramic two-piece brake system measures 15.8 x 1.5 inches at the front and 14.2 x 1.3 inches at the rear, and feature increased hardness for enhanced thermal stability, combined with a weight reduction of around 40 percent over their steel/aluminum counterparts. As a result of this reduced unsprung weight, they optimize both comfort and grip, while the reduced rotating masses on the front deliver a more direct steering response. The weight savings is approximately 35.3 pounds, compared to a conventional steel / aluminum brake system.

The design of the SLS AMG Black Series takes its cues from the SLS AMG GT3 race car, which was developed in accordance with FIA GT3 rules and has quickly become established as a serious contender among the super sports car elite.

In the 2012 motorsport season the SLS AMG GT3 is competing in more than 15 series on four continents. The triple victory in the 24-hour Dubai race in January 2012, three driver and team titles in the FIA GT3 European Championship, the ADAC GT Masters and the FIA GT3 World Championship, along with numerous podium places at various short-distance, four and six-hour races provide impressive documentation of the SLS AMG GT3’s sporty performance. The car has notched over 100 victories since 2010 when the Customer Racing program began.

Flared fenders with an added width of 0.5 inches in front and 1.0 inch at the rear on each side create the necessary space for the 10.8-inch and 12.8-inch sports tires. Tinted headlights and black surrounds for the rear lights give the SLS AMG Black Series a muscular and aggressive look. The vehicle’s aerodynamic balance is optimized by front, rear and side skirts and a rear diffuser, all in a signature Black Seriesdesign. The package features extensive use of CFRP on the front splitter, side sills and rear skirt. Enlarged air intakes with carbon-fiber flics also ensure optimum airflow into the cooling modules at the front.

As on the SLS AMG GT3, the carbon-fiber hood features a central air outlet. Aside from effectively dissipating engine heat, this outlet also increases downforce at the front axle and improves the cd value. The wing-like cross-fin and the star recessed into the radiator grille are finished in high-gloss black to match the exterior mirrors and the fins on the hood. The carbon-fiber insert on the sides with air outlet and a black fin is also reminiscent of the GT3; this feature helps reduce the temperature in the engine compartment. The result is maximum stability, even in tough race track use.

The interior of the SLS AMG Black Series features high-quality materials with precision workmanship and exquisitely designed details. There is a choice of two color variants: black designo leather with black Alcantara® or black designo leather with black/red Alcantara®. With the two-tone variant, the door center panels and the applications on the center console and above the glove box are finished in red. The AMG Performance steering wheel with a flattened rim at the bottom is wrapped entirely in Alcantara® for excellent grip. The top section of the steering wheel features a red 12 o’clock marking. The metal bezel has a high-gloss black paint finish to match the high-gloss black surrounds of the air vents.

An exclusive Black Series detail is the “3D seam” that runs horizontally along the dashboard – a fine Alcantara® strip in anthracite running across the entire width of the leather covering. Red contrasting stitching provides a striking finish to the 3D seam, underscoring the hand-crafted character.

The combination of designo leather and Alcantara® features throughout the interior – on the bottom section of the dashboard, on the door center panels and on the AMG sports seats with center sections upholstered in Alcantara®. Embossed AMG logos on the head restraints are further exclusive eye-catchers.

A highlight among the optional equipment is the Bang & Olufsen BeoSound AMG high-end surround sound system, developed by Mercedes-Benz and Mercedes-AMG together with renowned Danish audio specialist Bang & Olufsen. The Bang & Olufsen BeoSound AMG high-end surround sound system with Dolby Digital 5.1 delivers an exclusive music experience. This is made possible by a 1,000-watt amplifier and 11 speakers in conjunction with precise distribution of the music signals by the sound processor according to the selected seat positions – driver, co-driver or central. The DSP digital sound processor also enables the user to switch between high-end studio sound (“Reference”) and a surround sound option. All features are managed through a special Bang & Olufsen menu in COMAND. The illuminated 50-watt lens tweeters on the dashboard are a highlight, along with the 250-watt subwoofer integrated into the rear shelf. High-quality speaker covers sporting the Bang & Olufsen logo indicate the high-end system’s exclusive character. 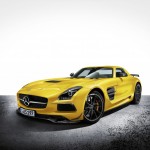 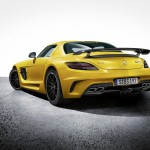 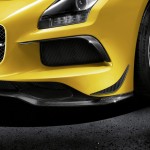 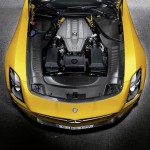 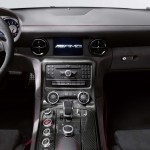 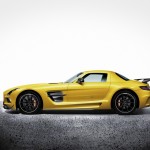