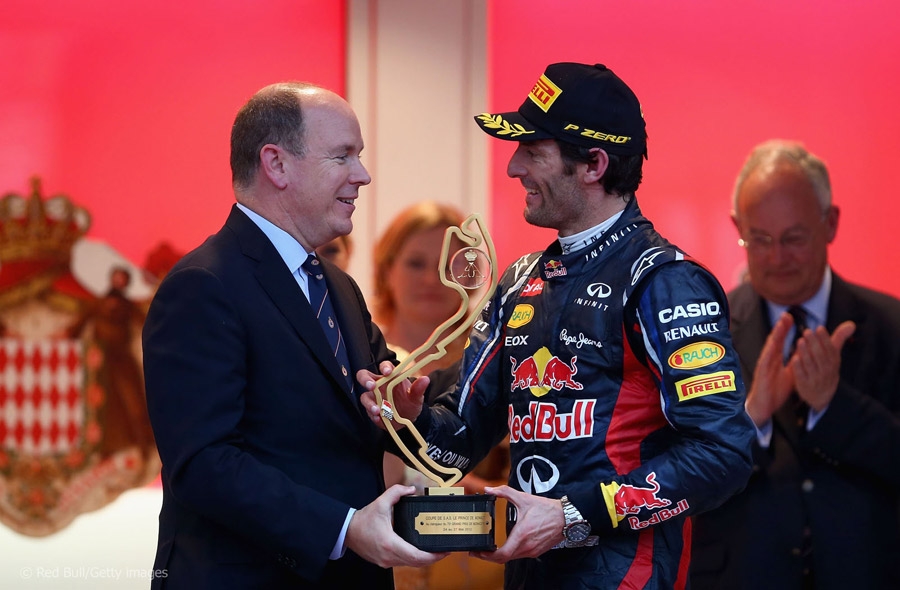 The Monaco Grand Prix is the most recognized Formula One motor race held each year on the Circuit de Monaco. Run since 1929, it is widely considered to be the most prestigious automobile race in the world, alongside the Indianapolis 500 and the 24 Hours of Le Mans.

These three races are considered to form a Triple Crown of the three most famous motor races in the world. Graham Hill is the only driver to have completed the Triple Crown by winning all three races. The circuit has been called “an exceptional location of glamour and prestige.” The race is held on a narrow course laid out in the streets of Monaco, with many elevation changes and tight corners, as well as a tunnel, making it one of the most demanding tracks in Formula One. In spite of the relatively low average speeds, it is a dangerous place to race.

This year’s race was more exciting outside the track that on the track. The man on pole finished first, the man who started second finished second, and none of many potential surprises came to be. Mark Webber in his Red Bull car led the race almost from start to finish to take his eighth career victory and his second victory in Monaco. He was, however, the sixth different winner in the first six 2012 races. The top cars finished within 1.3 seconds of each other. Webber finished only 0.6 seconds from Nico Rosberg in a Mercedes, and 0.9 seconds ahead of Fernando Alonso in a Ferrari.

Had it not been for a penalty that he received for causing an accident at the previous race in Spain two weeks prior, Michael Schumacher would most likely have won his sixth Monaco Grand Prix, and written history yet again. Instead, after the 43-year-old German scored his fourth pole position in the principality 18 years after his first pole here, he was bumped back to sixth position to start at a race where leading from the beginning usually means finishing in the lead, as well.

The Monaco Grand Prix, the 70th in this city-state, was an historic edition with Schumacher’s extraordinary exploit. On Sunday, before the start of the race, all of the ingredients were there on the grid for another glitzy, glamorous affair, with the attending stars and VIPs including Eric Clapton, George Lucas, Antonio Banderas and Ron Howard. The Grand Prix began, and Webber had inherited the pole position. There was a little more excitement and the script went as it often does, with the pole man leading from start to finish.

Monaco Grand Prix Excitement on My Yacht! One of the most exclusive entertaining events was definitely on My Yacht this year where wealthy individuals and corporate executives spent the four days of the Grand Prix relaxing, socializing, partying and watching the race from the superyacht “Harle” anchored at Quai Kennedy on the harbor only 30 feet from the F1 track.

My Yacht Group creates turnkey luxury hospitality and branding opportunities on board a private, $40 million superyacht at premier sporting, social and artistic international events. Moored in the number one trackside location, with views of the tunnel exit, straightaway and giant screen, the yacht allows guests to enjoy the very best vantage point from which to watch all of the racing action, plus soak up Monaco’s unique atmosphere. “Our guests are discerning and high net worth individuals seeking unrivaled access and unique experiences, while enjoying the finest food and wines in like-minded company. Our partners are luxury and aspirational brands wishing to showcase their fine products and entertain their top clients, while mixing with a highly targeted, pre-qualified guest list in a relaxed, yet exclusive, setting,” states Nicholas Frankl, Founder and CEO of My Yacht.

Throughout the three days of the 2012 Grand Prix, My Yacht welcomed business leaders from UBS, Monster, Oona Caviar, Luxor Champagne and many more. Hollywood actors like Kellan Lutz, internationally acclaimed French artist Erwin Dazelle and musicians were spotted on board, too. Thanks to Nicholas’ friendly relationship with the Palace of Monaco, HRH Prince Albert II and Princess Charlene of Monaco attended one of the parties on board the Harle.

Monster, the global leader in the development and manufacturing of high-performance headphones, used My Yacht and the 70th Monaco Grand Prix to introduce three ground-breaking new models that deliver an astounding new level of audio quality, while providing high style that boldly positions headphones as a fashion accessory. Oona Caviar and Luxor Champagne were the official caviar and champagne providers of the 2012 event. The quality of the hospitality really pleased the American and international business leaders and VIPs onboard as well as their guests, who in addition to developing B2B contacts were able to see a fabulous F1 race from the three Harle’s bridges that offered outstanding racetrack views.

Photos courtesy of Monster, Mercedes F1, Ferrari, Red Bull Racing and Emmanuel Lupe. Thanks to My Yacht for their gracious hospitality. 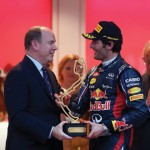 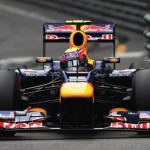 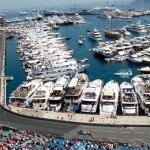 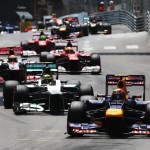