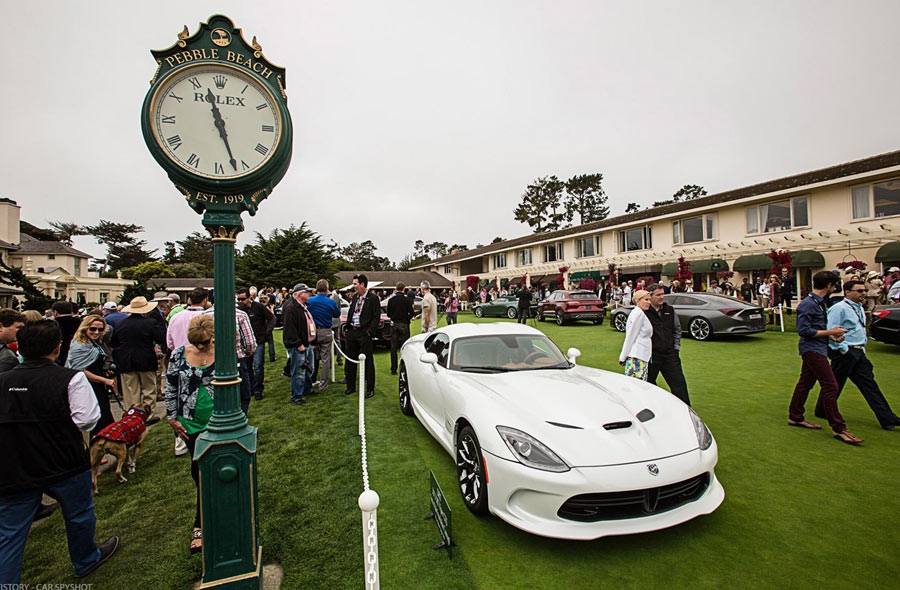 For one week each August, California’s Monterey Peninsula becomes the hub for vintage automobile enthusiasts.

Within the glittering collection of unique rendezvous that make up Monterey Classic Car Week, there are a number of standout events: the Pebble Beach Tour d’Elegance presented by Rolex, The Quail, A Motorsports Gathering; the Pebble Beach Concours d’Elegance and the Rolex Monterey Motorsports Reunion. As a whole, the occasion is a reference point for those who appreciate the virtues of the classic car.

Every year, the Pebble Beach Tour d’Elegance presented by Rolex kicks off the festivities. The Tour was created as an acknowledgement to the road race and to showcase the automobile in motion. Tracing parts of the peninsula’s original 17-Mile Drive, the tour underscores the early history of the event.

For the past eleven years, The Quail, A Motorsports Gathering has proved one of the most significant attractions. The event took place at the Quail Lodge & Golf Club in Carmel Valley. The sun shone on an amazing array of fine vintage and modern sporting automobiles, while participants and guests enjoyed exceptional world-class cuisine in a sumptuous setting. The day ended with the much-awaited Rolex “Best of Show” presentation: the top prize of the event was awarded to a 1964 Shelby Cobra Daytona Coupe owned by the Miller family.

The Pebble Beach Concours d’Elegance is most often recognized as the world’s premier celebration of collector cars, but an increasing number of new cars also make history here. About 20 concepts and new production cars made world or North American debuts at various events and venues this year, and most of these cars were gathered on the concept lawn, what is normally the practice putting green in front of The Lodge at Pebble Beach. Bentley unveiled their Bentley Continental GT Speed Le Mans Edition and Mulsanne Le Mans Edition. Aston Martin unveiled the Vanquish Volante, the Aston Martin CC100 Speedster and V12 Vantage S, as well as the Aston Martin DB-9 Zagato Centennial. Porsche brought their outstanding 918 Spyder and Spyker, their brand new B6 Venator Spyder Concept. Jaguar had their traditional Playboy party on Friday night and unveiled its unique Jaguar Project 7. Celebrating its 50th anniversary, Lamborghini exhibited its latest racing prototype and road-going super sports car, the $4 Million Veneno.

My Yacht Group hosted several events aboard the M/Y Acania, which was moored along the famed 18th fairway. The 130-foot “Super Yacht,” built in 1930 for Al Capone, provided the ideal venue where guests sipped Gold infused Comte de Mazeray Champagne on deck.

A 1934 Packard 1108 Twelve Dietrich Convertible Victoria owned by Joseph and Margie Cassini III was named “Best of Show” at the 63rd Pebble Beach Concours d’Elegance. The event showcased 248 cars from 36 states and 12 countries and raised $1,277,007 for charity. Apart from a 2007 win by the 1935 Duesenberg SJ Speedster known as the Mormon Meteor, this win marks the first for an American car in nearly twenty years. The judging process at the Pebble Beach Concours is two-fold: class judges focus primarily on originality and authenticity, while honorary judges direct their attention to design, styling and elegance. To be eligible to win “Best of Show,” the event’s top award, a car must first win its class. The Cassini’s Packard Twelve began to turn heads and gain notice in the competition when it participated in a related event, the Pebble Beach Tour d’Elegance presented by Rolex, on Thursday. The 2013 Pebble Beach Concours d’Elegance celebrated Lincoln, Simplex, Vanvooren Coachwork, Aston Martin Centennial, Lamborghini, Porsche 911, BMW 507, Indianapolis Roadsters, and French Motorcycles. Mark your calendar — the next Monterey Classic Car Week is set for August 11-17, 2014. 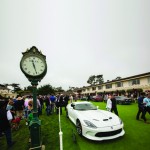 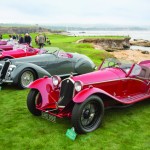 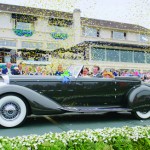 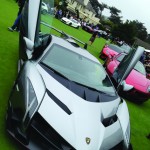