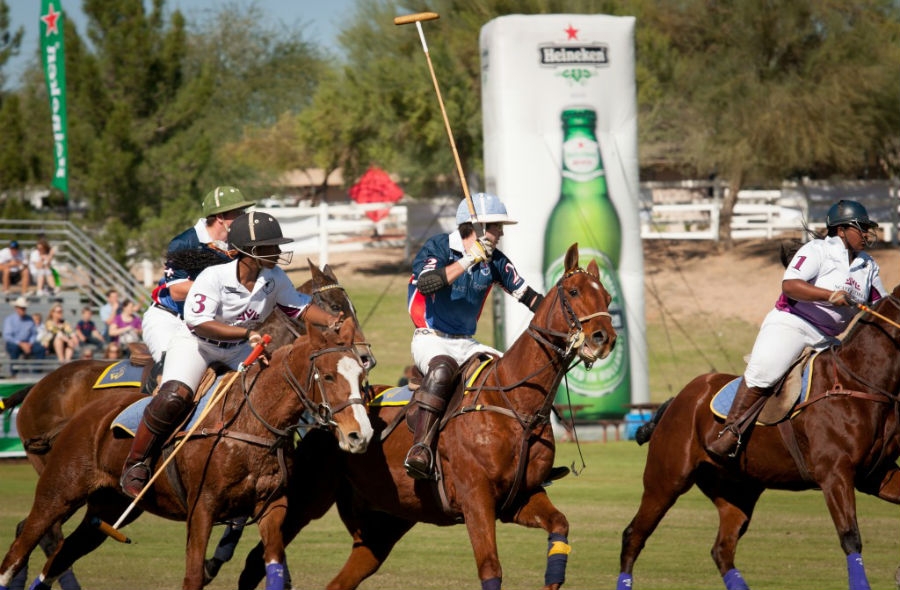 It’s no coincidence that automobiles play a major role in the Fourth Annual Bentley Scottsdale Polo Championships: Horses and Horsepower.

The event pays tribute to the fact that polo fans like things that go fast. The Fourth Annual Bentley Scottsdale Polo Championships: Horses & Horsepower, is titled this year by one of the leading luxury car dealerships, Bentley Scottsdale. This year’s event will go above and beyond, with Bentley sponsoring a premier lounge: The Bentley Champagne Lounge, the only champagne bar on site at this year’s event. And look for some stunning Bentley cars on display too.

This year’s event is once again hosting the Arizona Porsche Concours d’Elegance. The idea is to show these cars in their most perfect condition as judges carefully scrutinize for awards. For everyone else it’s a chance to see some of the finest Porsches in Arizona. In addition there will be hundreds of collector cars on display from private owners from all over Arizona, including dozens of Ferraris and Lamborghinis.

None of this would be possible if it weren’t for the fact that many people who love cars seem to gravitate towards Polo. Or maybe it’s the other way around?

It all gets started on Saturday, October 25, when gates open at 10:30 a.m. The lineup features what will be the top women’s team in the world during 2014 featuring professional female polo players like Sunny Hale, Sarah Wiseman and Paola Martinez, and the top professional gay polo player in the world, Caroline Anier, on the Women’s World All-Star Team. Hale is considered the best female player in the U.S., Wiseman (of Great Britain) one of the best in Europe and Martinez (of the world’s top polo country Argentina) one of the best in South America. They will take on the reigning event champions, the Clogau Wales Polo Team, which plays with Princes Charles, Prince William and Prince Harry, in a “Battle of the Sexes” match.

The event poster was designed by internationally acclaimed French artist Erwin Dazelle who will be at the event next week. A limited edition poster signed and numbered by the artist will be available for sale at the event.

An All-Star match between Saturday’s top players will take place alongside the USPA Governor’s Cup on Sunday, October 26, commemorating the United States Polo Association’s decision to hold its prestigious Annual Meeting in conjunction with this year’s event. Sunday’s action will feature Julio Arellano, the top polo player in the U.S. and Patrick Uretz of Westmont College in Santa Barbara, the top college polo player in the U.S.

Also returning, a preview of the Scottsdale Arabian horse Show. A new addition this year will be the First Annual Canine Couture Fashion Show presented by Applewood Pet Resort.

Last November, the Scottsdale Polo Championships drew the biggest crowd in the country for a two-day polo event with 12,442 fans enjoying the four-match showdown at the annual Polo Party. This year, with an expanded event schedule and an amped-up polo lineup including the sport’s top players and more vendors, more sponsors, and more horsepower, America’s most-attended polo event is expected to draw up to 15,000 polo fans and revelers to the Omni Scottsdale at Montelucia Polo Field at WestWorld of Scottsdale. With the breathtaking backdrop of McDowell Mountains and beautiful white tents lining the field, the Polo Party will again be a weekend destination for both local residents and tourists. 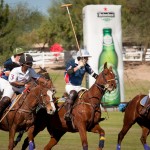 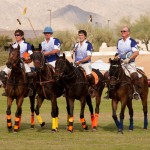 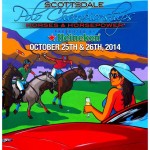 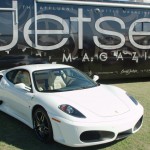