Racing for a Cure: Jetset Visits Winners Circle with the B+ Foundation 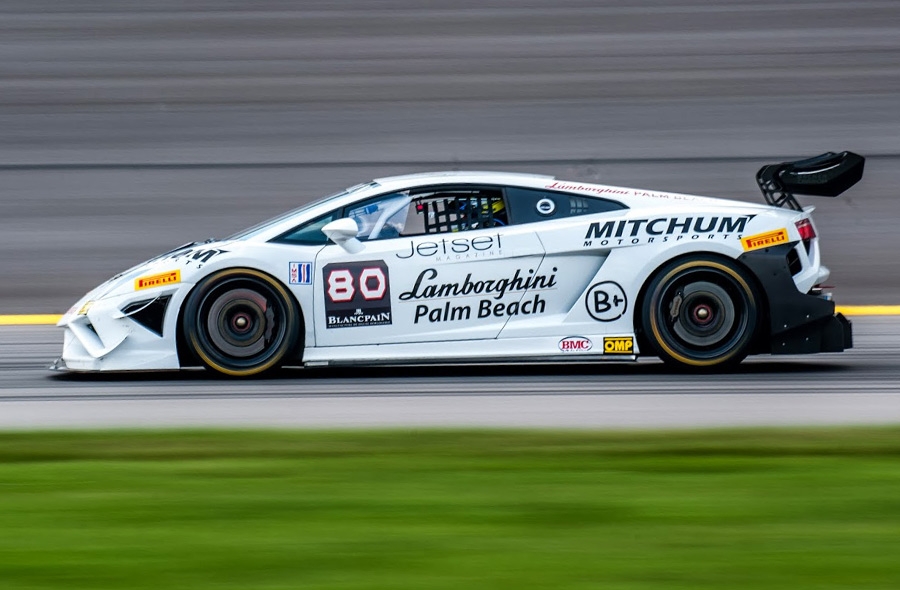 The 2013 racing season has been very successful for Jetset Magazine which benefited from multiple racing programs orchestrated by one of the nicest philanthropic human beings in American motorsports, Al Carter.

The lifelong Delaware resident is a partner and private derivatives trader for Diamond Carter Trading. When he’s not riding the NYSE market’s rollercoaster up and down, Carter is going around in circles at 180 mph on racetracks all around the nation.

Carter is a cancer survivor, having undergone a year of chemotherapy treatment after being struck by Hodgkin’s disease at age 30. So he understands, more than anyone, the value of his actions and the need to raise awareness and money to fight childhood cancer, knowing that less than four percent of the National Cancer Institute’s federal budget is allocated to childhood cancer research. Carter built The B+ Foundation racing program in 2011 and invited The B+ Foundation to join his program and directly benefit from the tremendous television and media coverage of the Continental Tire Sports Car Challenge, the Rolex Series, the American Le Mans Series and the Lamborghini Blancpain Super Trofeo. The B+ Foundation is one of the leading organizations that fight childhood cancer, and thanks to the funding generated by special events and programs like the B+ Racing program, B+ provides financial assistance to families of children with cancer nationwide. In the last two years, The B+ Foundation awarded over $1,000,000 to families of children with cancer while giving over $500,000 to support research efforts.

Jetset Magazine has been a partner of the B+ Racing program since 2011, and the magazine was able to develop its image and find new readers and subscribers in this dynamic high end motorsports environment which fits perfectly with its upscale demographics. The Jetset Magazine logo was seen this year in winning posture at the winner’s circle at Kansas City during the Lamborghini Blancpain Super Trofeo race won by Al Carter, and on the podium at Watkins Glen where Carter and teammate Hugh Plumb scored their best season result together. Highlights of the program also included racing upfront live on ABC TV in the streets of the Grand Prix of Baltimore with a TRG Porsche and during the very competitive endurance Rolex Series where Carter drove The No. 46 B+ Foundation Audi R8 with Fall-Line Motorsports.

Before each key race, Carter and Plumb continued to visit children battling cancer at children’s hospitals and the 2013 “B+ Racing Fighting Childhood Cancer Tour” has really been a very touching and rewarding program. Multiple fundraisers to benefit B+ were also organized at racetracks and sporting events and the program helped raise outstanding donations that will directly make a significant difference in the lives of thousands of children battling cancer. Next year, the program will continue even bigger and better with the announcement of the new Tudor United SportsCar Championship where Al Carter will compete starting at the 2014 Rolex 24 At Daytona at Daytona International Speedway on January 24-26. 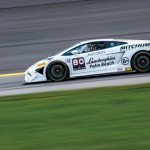 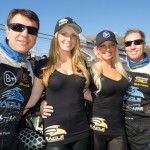 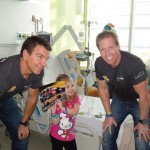 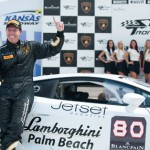 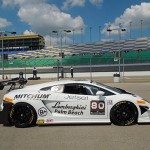