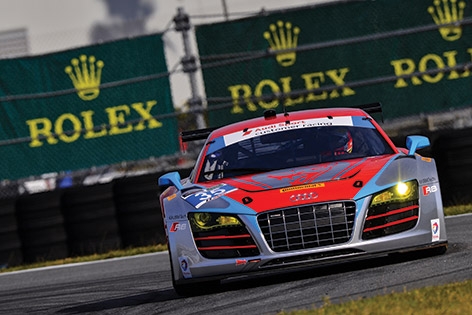 I have been going to the 24 Hours of Daytona at Daytona International Speedway since 1996, but nothing can compared with what we experienced during the 52nd running of the greatest endurance race in North America.

The 2014 edition of the Rolex 24 At Daytona was absolutely exceptional in quality, crowd attendance, on-track car diversity and a very exciting race to watch for the public and the fans on Fox Sports TV. This year marked the inaugural race of the TUDOR United SportsCar Championship, a championship born of the merger of the ALMS and the Rolex Series. The mix gave birth to an incredible new series where most of the sports car manufacturers from around the world are present with their factory cars, drivers and teams competing in each of the four classes (P, PC, GTLM and GTD). To start my 30th year in racing, I was a guest of Audi of America to follow their racing teams behind the scenes. Like at Le Mans, Audi designed an outstanding Rolex 24 hospitality program for 200 of their executives and dealers. The Audi suite and the Boardwalk hospitality were amazing, including the food prepared by French Chef Claude who used to work in some of the most prestigious kitchens in the world.

The 52nd Rolex 24 maintained tension right to the finish, as a yellow flag 20 minutes from the end shrank the gap between the leading cars. In a race of attrition that saw several top teams fall by the wayside in the closing hours, the No. 5 Action Express Corvette DP snatched overall victory by a mere 1.461 seconds. In the PC class, the No. 9 Oreca of CORE Autosport took the class victory, while in GTLM and GTD, it was No. 911 Porsche 911RSR of Porsche North America, and No. 555 Level 5 Motorsport’s Ferrari F458 that topped the podium in their respective classes. The winners were presented with the coveted Rolex timepiece. 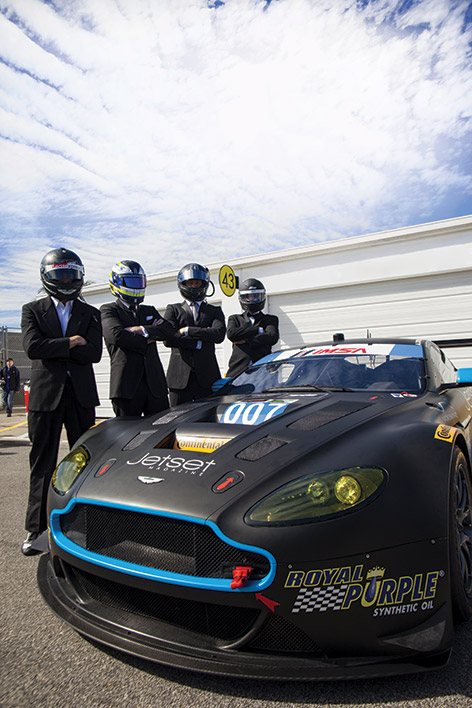 After winning the 2013 GT class at Daytona, Audi returned to Daytona this year with their Audi R8 LMS mid-engine sports car. Four Audi customer teams, including Paul Miller as one of the largest Audi dealerships in the USA, were fielding a total of five R8s in the race. With 29 GT sports cars running, the GT Daytona (GTD) category featured the largest number of entrants in the field and was the most fiercely-fought class in the iconic race. The positions at the front kept changing, and the customer teams of Audi, Porsche and Ferrari had chances of taking class victory up to the very end.

For the second time in succession, the Audi R8 showed its muscle during a final seven-minute sprint in which Ferrari driver Alessandro Pier Guidi prevailed and won the class, bringing Ferrari its first class win at Daytona since 1998. The No. 45 R8 of Audi Customer Team Flying Lizard co-driven by Markus Winkelhock, Nelson Canache Jr., Tim Pappas and Spencer Pumpelly finished a very close second and almost made it two in a row for Audi.

Aston Martin also made their return to Daytona with their own Vantage V12 after 50 years of absence. One of the two TRG-Aston Martin Racing Vantage V12s bears the iconic James Bond #007 and it is being co-sponsored for the entire season by Jetset Magazine. Al Carter and Jetset have been partners in racing since 2011, and in 2014 the 007 will be co-driven by Carter and James Davison. The pair will be joined by David Block for the four rounds of the Tequila Patrón North American Endurance Cup. Davison led the GTD class for a while before the car was damaged by debris from another car. The Jetset Magazine Aston finished 22nd in class after showing impressive speed. There are ten more races to go this year, with the next one on March 15 at the Twelve Hours of Sebring in Florida. 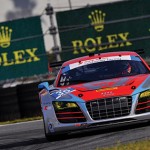 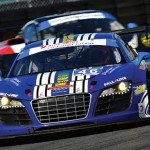 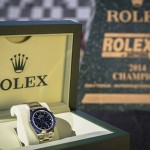 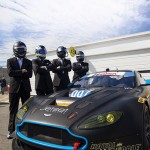 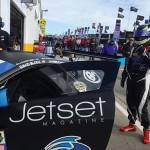