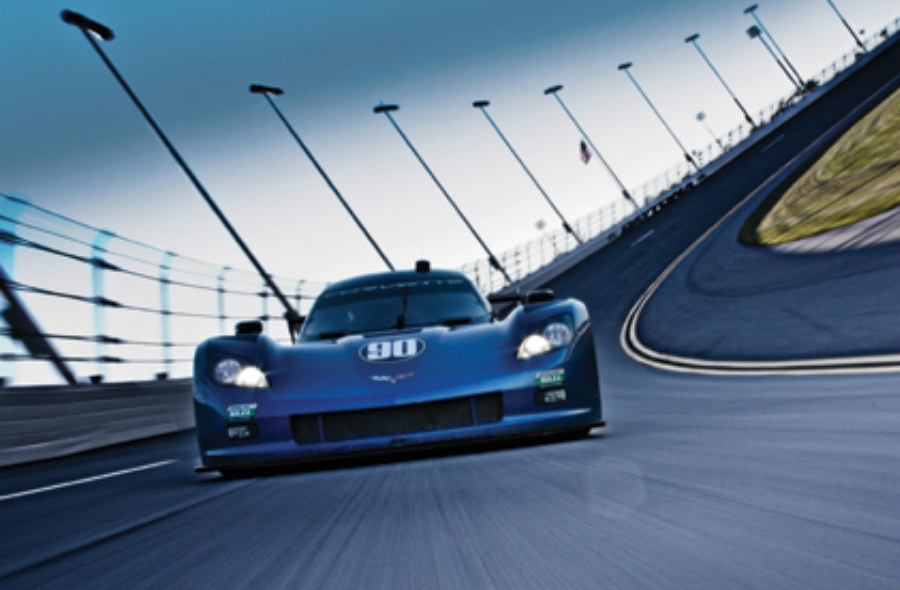 The 50th Anniversary Rolex 24 at Daytona was heralded as the most anticipated sports car race in North American motorsports history.

But the event may have even exceeded those lofty expectations.

Daytona International Speedway looked to sports car racing in its bid to live up to “The World Center of Racing” when it ran the first event, now known as the Rolex 24 At Daytona in 1962. Spectators rubbed shoulders with competitors throughout the weekend in GRAND-AM’s fan-friendly environment. The Daytona International Speedway infield reached its spectator infield camping capacity at 10:30 a.m. on Saturday. General consensus: It was the largest crowd in the history of the event, with various attendance estimates by media members on hand ranging from 60,000 to 80,000.

The event buzz included the 50 Years of Champions celebration, in which 29 of the winning cars from the past paraded through the streets of Daytona Beach to the speedway, where they were reunited with 50 champion drivers. The race field included stars from NASCAR, open wheel, Formula One and international sports car racing.

“It was gratifying to see all the famous cars and drivers from the past coming together with the exciting new cars and many of today’s top competitors,” says GRAND-AM President Tom Bledsoe. “It was fantastic to see the new Daytona Prototypes and GT cars mixing it up at such an intense level for the entire race. It was a pleasure to see all the international drivers and media coming to support the Rolex 24, once again showcasing GRAND-AM racing to the entire world.”

More than 100 members of the international media reported on a field, including drivers from 28 different countries and five continents. The race was covered and streamed live in the United States by SPEED and SPEED.com, along with worldwide coverage from Motors TV. Motor Racing Network teamed with motorracingnetwork.com to expand its broadcast coverage to 18 hours, with the racing broadcast supplemented globally by Radio Le Mans.

The racing was outstanding, with both classes going right down to the final lap. Ford scored an overall podium sweep reminiscent of its historic victory in the 1966 Rolex 24, while Porsche topped a record 44-car GT field that featured nine manufacturers, including new exotics from Ferrari and Audi built specifically for Rolex Series competition.

Other celebrities in attendance included singer and actress Reba McEntire, who watched her son, Shelby Blackstock, win the pole for Friday’s BMW Performance 200. Garth Stein, author of The Art of Racing in the Rain, mingled with both competitors and fans. Sir Jackie Stewart, a three-time Formula One World Champion, was a guest at the event and filled in for Grand Marshal A.J. Foyt, who was recovering from recent surgery.

The people at DIS, Rolex and GRAND-AM have attempted to make the impossible possible by combining forces to gather all past Rolex 24 At Daytona race winners and their cars for a reunion at the 2012 race. “We all think about competition on the track, but there’s so much more that goes into it — the stories, the experiences, the sponsorships, the cars themselves,” says Joie Chitwood, president of Daytona International Speedway. “We think there is really nothing more appropriate than trying to round up all those individuals and automobiles to celebrate 50 years with us.”

The mission was announced in January 2011 to mark the start of a yearlong process in contacting winning drivers and tracking the winning vehicles to commemorate 50 years of history and prestige of the Rolex 24 at Daytona. “The Rolex 24 is a direct link to the early history and heritage of Daytona International Speedway,” says Jim France, co-founder of GRAND-AM. “When my father built the speedway back in the late 1950s, he wanted the place to have a worldwide reputation in auto racing circles. The Rolex 24 has helped deliver that reputation. He would be so proud of the fact that we are closing in on a 50th anniversary of the event he started in 1962… I know I am.”

Rolex Cosmograph Daytona: Tribute to the Birthplace of Speed

The Rolex 24 Hours of Daytona is a world-class race, rewarding all its deserving winners with a place in motor sports history and a Rolex Cosmograph Daytona, named “the world’s rarest watch” by WatchTime magazine. Rolex’s presence in motorsports began in the 1930s with Malcolm Campbell. While wearing a Rolex Oyster in 1935, Campbell was the first person to drive an automobile at a speed greater than 300 miles per hour, setting a new land speed record on the sands of Daytona Beach.
Rolex truly solidified its position in the sport in 1959 when it began an association with the Daytona International Speedway (DIS). It was in 1963, shortly after its initial affiliation with DIS, that Rolex introduced their new “Cosmograph” line, but it was not until 1965 that the Daytona name would be added to the dial as a tribute to the great Florida race. Rolex became the Title Sponsor of the 24-hour race at Daytona in 1992, which had become one of the world’s most celebrated endurance competitions.

Inside the elegantly designed exterior, the Cosmograph Daytona is a masterpiece of watchmaking art. The engraved bezel can be used as a tachymeter to calculate speed by measuring elapsed time over a predetermined distance, and is a perfect instrument for measuring speed of up to 400 units (kilometers or miles) per hour. This allows drivers to capture course times and thus determine what speed must be driven in order to win the race.

There have been three key movement evolutions in the development of the Rolex Cosmograph Daytona timepiece:

The original Rolex Cosmograph Daytona features a hand-wound movement, all the while advancing in precision with every new caliber. A special “exotic” edition released in the early 1960s is renamed the Paul Newman, after being seen on Newman’s wrist in movie posters for the film Winning in Italy.

The new Rolex Cosmograph Daytona features an automatic rewind movement based on the renowned “El Primero” caliber and is waterproof up to 100 meters.

Rolex develops a complete and exclusive movement for the Rolex Oyster Perpetual Cosmograph Daytona, leading to the most precise chronograph in the history of the Daytona timepiece. It incorporates just 290 components — far fewer than a standard chronograph — and was truly designed as the ultimate tool for drivers in endurance races.

“The Rolex Cosmograph Daytona has a history and class around it that everyone trying to aim for the top in motorsports understands and respects. Each driver wants to win ‘his’ Rolex Daytona,” says eight-time 24 Hours of Le Mans winner and Rolex testimonee Tom Kristensen. “Motorsports is all about getting the best out of your machine through optimization and technology, and anyone who is interested in that is also interested in mechanical watches. Ask anyone in the motorsports world to name a watch and the first to be mentioned is bound to be the Rolex Cosmograph Daytona… and to win a Rolex Daytona at the Rolex 24 At Daytona must be quite something,” he adds. 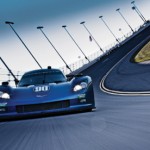 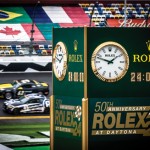 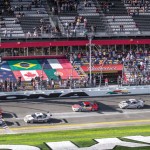 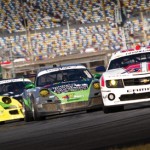