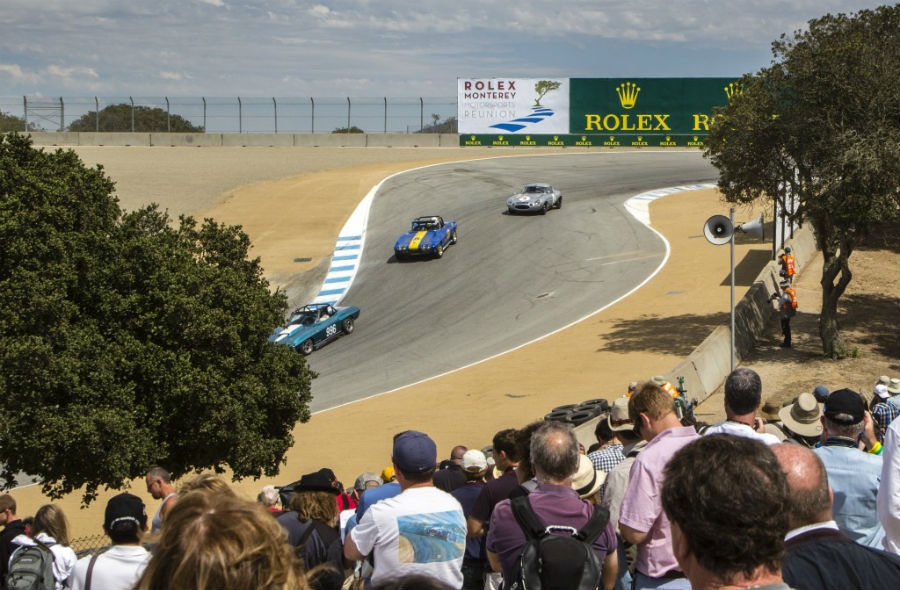 The Rolex clock is ticking and race teams are preparing for another extraordinary three days of racing at the Rolex Monterey Motorsports Reunion at Mazda Raceway Laguna Seca.

From August 15-17, 550 of the world’s most rare and valuable race cars, ranging from a 1911 National 40 that raced at the inaugural Indianapolis 500 to the awesome ground shaking Can-Am machines from the 1960s and 1970s, will provide a colorful “history lesson come-to-life,” with a chapter added for featured marque Maserati. Celebrating its 100th year in grand style, the Iconic Italian marque will showcase its modern cars while the remarkable Maseratis of the past thrill race fans on the raceway.

Though motor racing today conjures up images of huge transporters hauling sponsor-logoed cars to the track, it wasn’t always that way. There was a time when race car drivers would drive their sports cars to the race venue, remove the spare tire and tools from the boot (trunk) and then affix a number to their MG, Triumph, Jaguar, Austin Healy or Porsche and spend the weekend racing it around a set course plotted on public roads lined with trees and enthusiastic spectators. Places with names like Watkins Glen, Thompson, Sebring, Bridgehampton, Elkhart Lake and Pebble Beach became revered as sanctuaries of speed, and many who challenged these crude courses became heroes to young devotees eagerly awaiting the opportunity when they, too, could don a polo helmet and driving gloves and put their own machines to the test.

In 1950, the first Pebble Beach Road Race was organized at The Del Monte Properties on the Monterey Peninsula. The roads around the Lodge At Pebble Beach were chosen for their tight turns, which challenged the nimble sports cars of the time, and the original 1.8 mile course was essentially an irregular rectangle shape with only right hand turns. To add to the challenge, not all the roads were paved, and drivers had to adjust their driving style through multiple laps to manage the quick two-lane paved road and then confront the sliding and dodgy braking on loose gravel. Close quarters made the event extremely dangerous not only for the drivers but also for the approximately 10,000 people who lined the roads to witness the excitement.

The magic of vintage racing today is that those historic cars of the 1950s as well as the gems that raced before and afterward can be viewed not in a stationary museum setting but actually racing with thunder, wheel-to- wheel, blasting down the straightaways and sliding through corners at race circuits around the world.

And it just so happens that the Rolex Monterey Motorsports Reunion, with its roots in the original Pebble Beach Road Races, has become the premier vintage race in the United States and one of the most revered vintage races in the world. In addition to witnessing gripping action on the famous turns of Mazda Raceway Laguna Seca, race fans can view these cars up close in the paddock and speak with their owners and drivers who are happy to discuss their prized machines.

That first Pebble Beach Road Race was won by the immortal Phil Hill in a superbly modified Jaguar XK 120, and when he took the checkered flag, American race fans caught a glimpse of the man who would eventually become their country’s first Formula 1 World Champion. (Hill won this 100-mile race again in 1953 and 1954, driving Ferraris, and his son Derek Hill will drive a lone surviving Maserati Tipo 151 at this year’s Rolex Monterey Motorsports Reunion.)

The cars that raced at the Pebble Beach Road Races were dangerous and the very narrow tree-lined roads ultimately led to tragedy in 1956 when Ernie McAfee lost his life after crashing his Ferrari, thus ending this very popular road race. Watkins Glen and Bridgehampton both ended their road races because of similar incidents and began construction on purpose-built permanent race courses. The Monterey Peninsula also was awarded an 11-turn, 2.238-mile jewel of a road course, now called Mazda Raceway Laguna Seca, on California’s beautiful central coast.

Rolex enjoys an historic and privileged bond with motor sport and has been Title Sponsor of the Rolex Monterey Motorsports Reunion since it was renamed in 2010. (From 2001-2009, Rolex sponsored the Rolex Monterey Historic Automobile Races, which originally began in 1974, at this venue.)

Mazda Raceway Laguna Seca was established in 1957 by the Sports Car Racing Association of the Monterey Peninsula (SCRAMP), a not-for-profit 501C(4) corporation. Each race season, SCRAMP donates its net proceeds to the volunteer groups that help put on the races. 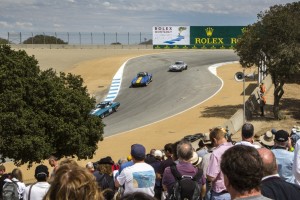 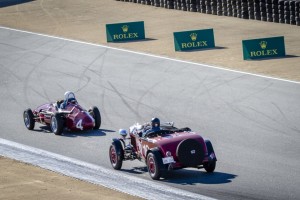 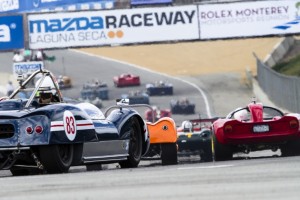 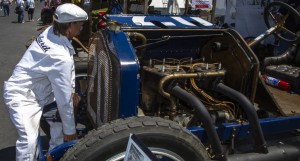