The New Corvette Stingray: An American Supercar Breaks The Mold 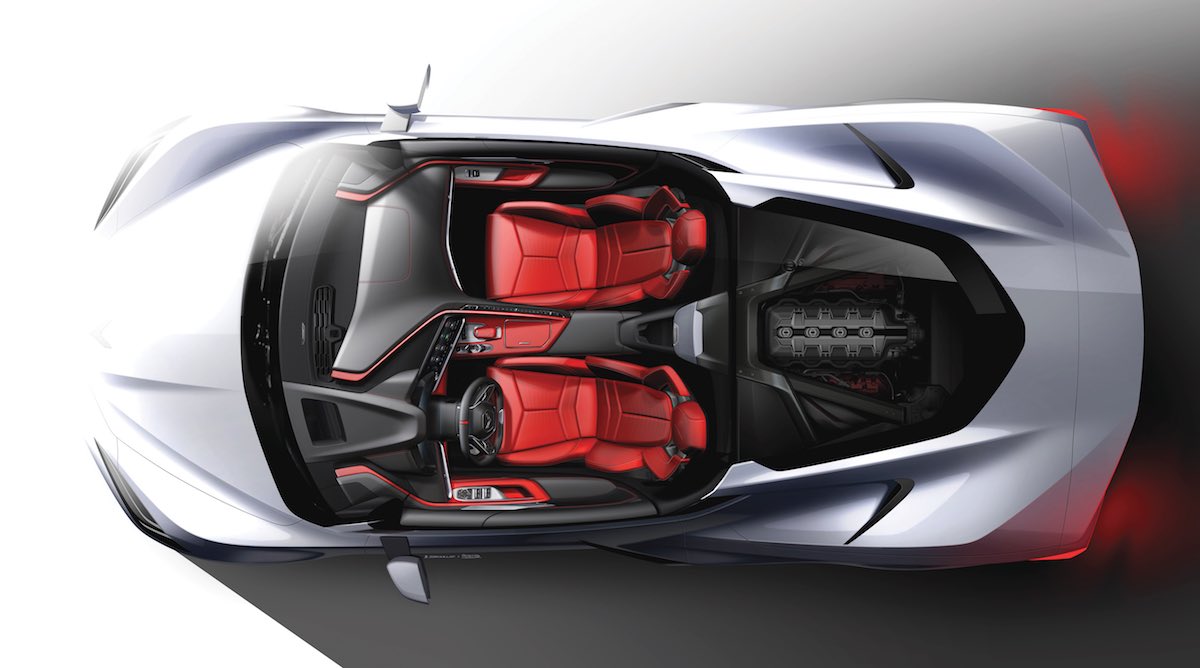 It’s as American as apple pie: for nearly 70 years, the Chevrolet Corvette has been among the automotive world’s most recognizable icons, one that classic car collectors have consistently coveted not only as a savvy investment, but also for the unmatched driving experience afforded by this quintessential American-made V8.

With the advent of the high-performance automotive age, though, with high-priced European supercars dominating the road and the buzz, the Corvette was barely a part of the conversation. Clearly, the model needed a revamp, including fresh design cues and cutting-edge technology capable of competing for market share alongside today’s popular exotics. Following years of anticipation and speculation about what Chevrolet’s ambitions would conjure, the all-new 2020 Corvette Stingray made its debut in the summer of 2019. 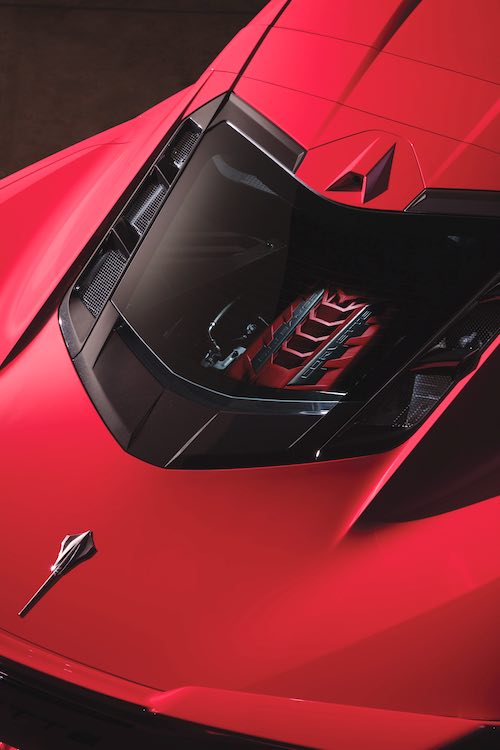 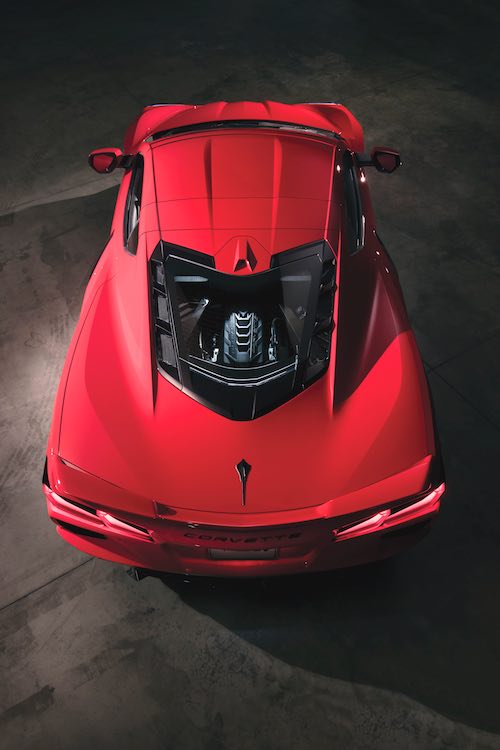 My initial reaction to the 2020 Corvette was equal parts shock and awe. This particular exotic car enthusiast was blown away by the striking body lines and bold supercar vibe of the new ‘Vette. Visual wow factor aside, the obvious question is whether the Corvette’s new mid-engine C8 platform delivers on performance; with a starting price under $60,000, can the new model actually contend with the likes of Ferrari and McLaren? The short answer: YES!

Sky-high demand for the new ‘Vette makes it a bit of a unicorn at the moment (albeit not for much longer). Fortunately, our friends at Chevrolet kindly allowed us to spend some with the car to give our readers a first-hand take on how the new 2020 Corvette Stingray lives up to its hype.

The heart of the stunning Stingray is its new, naturally aspirated 6.2L small block V8 (dubbed LT2), capable of producing 495 horsepower and 470 lb-ft of torque when equipped with the optional Z51 package (a must-have upgrade given the vehicle’s exceptionally low starting price and performance potential). The new motor has been harmoniously synced to an eight-speed dual-clutch transmission with paddle shifters. The Stingray’s innovative mid-engine configuration launches it from zero to sixty in a staggering 2.9 seconds and reaches a top speed of up to 194 mph. The new model also features a variety of driving modes to accommodate drivers’ personal preferences, including the unexpectedly smooth Tour mode that turns the snarling American supercar into an exceptionally comfortable daily driving cruiser. A right turn of the control knob presents Sport and Track modes, the latter of which quickly became our go-to setting, with both modes opening the exhaust baffles and stiffening up the suspension. 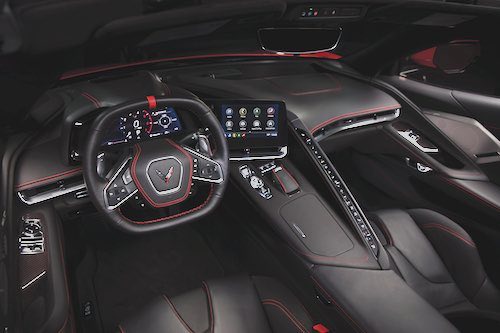 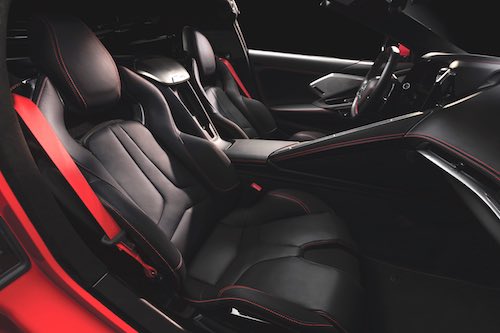 On the inside, the Corvette features a gorgeous driver-centric cabin design, with cleverly placed buttons for driver and passenger climate control settings along the center console. A racing inspired hexagonal steering wheel allows for easy viewing access to the model’s 12-inch digital instrument panel, while the 8-inch touchscreen infotainment system is strategically angled toward the driver. Various interior trim levels come in a variety of colors and options of leather, micro suede, and carbon fiber, as well as three different seating choices. Overall, the new interior is a substantial improvement over previous versions and far exceeded our expectations.

The new Stingray is available as both a coupe and a convertible, with nearly identical performance metrics (an impressive feat in itself). This also marks the first time a Corvette has featured a hardtop convertible option, with the drop top operating in merely 16 seconds at speeds up to 30 mph while still maintaining the vehicle’s rear trunk space, even with the roof down. 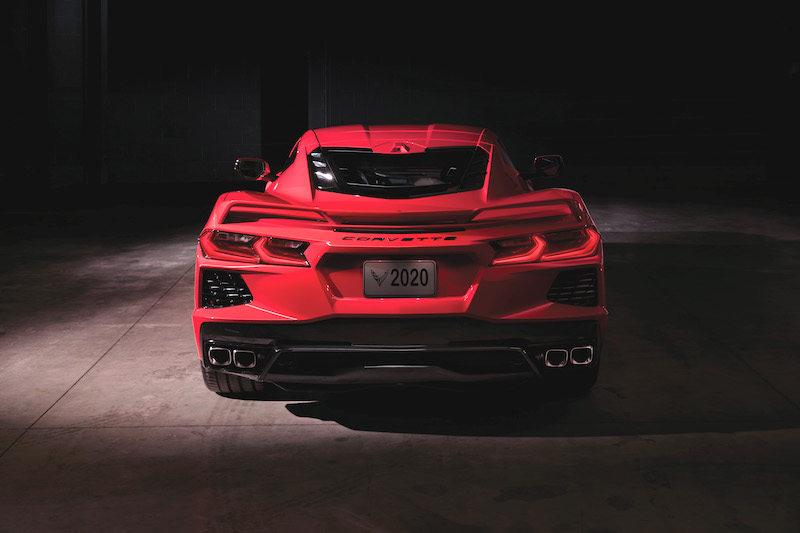 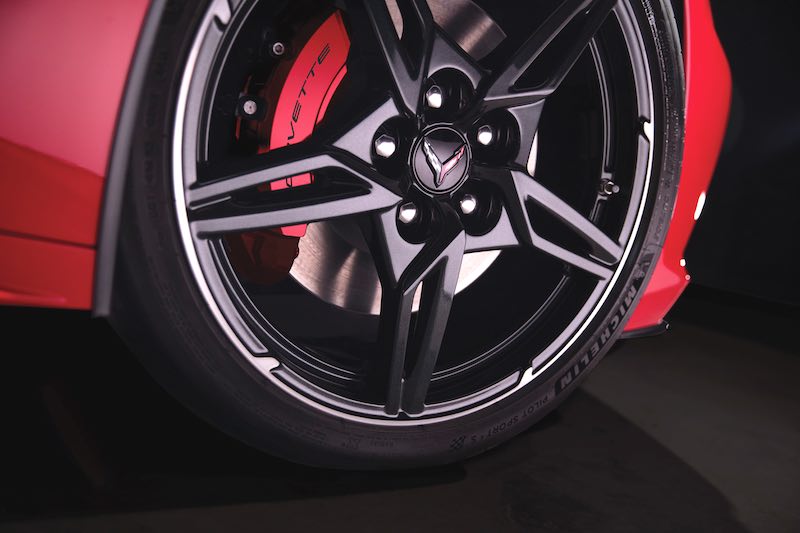 The new C8 Corvette has already received massive acclaim, winning multiple Car of the Year awards in addition to taking home the GTLM class win in the 2020 IMSA WeatherTech SportsCar Championship. Yet even with all the industry accolades and racing recognition, I have to admit, at such a competitive asking price I was skeptical of the new Corvette’s real-world performance. Having tested many of the industry’s finest supercars, I was waiting for the new Corvette to fall short of expectations – but it never happened. Each opportunity to get behind the wheel was an exhilarating experience, and performance never faltered. Whether on the city streets or the open highway, the Stingray did much more than just turn heads: it somehow managed to break the mold on what it means to be a supercar. This isn’t just a high-priced piece of art you store in a garage for fear of adding too many miles. This is a car that was meant to be driven, every day, and driven fast!