The World’s First Megacar | Koenigsegg One:1 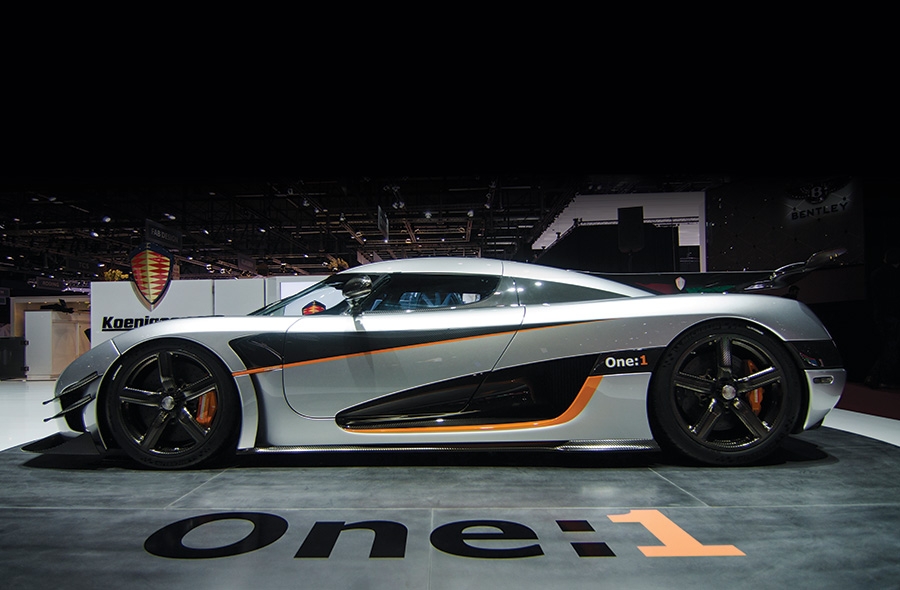 You probably never heard of his name, von Koenigsegg, but if you are a sportscar aficionado, you probably heard of his cars, the Koenigsegg CC, the Trevita or the Agera, some of the fastest street legal machines in the world.

Throughout his childhood, Christian von Koenigsegg was fascinated by machinery. He even went so far as to dream about creating his perfect sportscar. In stark contrast to the rest of us, however, Christian actually went ahead and turned that dream into reality when he turned 22.

With a unique vision and extreme determination to compete with the largest sportscar makers on the planet, Christian von Koenigsegg explored the limits of both technology and innovation to create his first Supercar, the Koenigsegg CC. It was this manifestation of his childhood dream which gave Christian the courage to continue, and to share his quest for perfection with others. Thus, the Koenigsegg car company was born. This year, Koenigsegg is celebrating 20 years in business with the introduction of the Koenigsegg One:1 car described by the car maker as the world’s first megacar, and the return to America’s market with the unveiling of a new New York City dealership.

Usually, we have the opportunity to test drive the car we are featuring, but this time, the Koenigsegg One:1 is a different type of car. The Koenigsegg One:1 program, described as one of the most exclusive production car programs ever envisioned by a car maker, calls for only six units of the $2 million One:1 to be built. Unfortunately for all of us that were wondering when the car would be available, all six cars have been spoken for already.

“The One:1 is the first homologated production car in the world with one megawatt of power.”

Koenigsegg calls it the world’s first “mega car” because it produces more than one megawatt of power (a megawatt equals 1,341 horsepower). According to the manufacturer, the One:1, powered by its turbocharged V8 engine, can reach a simulated top speed of 273 miles per hour, which on paper, may well be the fastest production car in the world. The hp to kg curb weight ratio is an astonishing 1:1. This is the “dream” equation previously thought impossible. In order to give the One:1 maximum flexibility when it comes to power delivery, Koenigsegg has implemented its patented variable turbo geometry technology in the One:1 program. This technology gives improved response and more low-end torque than otherwise possible. As an example, the One:1 engine has over 1000 Nm of torque between 3000 to 7500 rpm, which is truly unheard of. The One:1 is the first homologated production car in the world with one megawatt of power, thereby making it the world´s first series produced megacar.

The 2014 One:1 truly raises the bar of performance. It features new and unique solutions to enhance track performance without compromising top speed or everyday usability, with a stunning visual appearance to go with it. The car has unique track-optimized aero winglets, extended Venturi tunnels and side splitters, a Le Mans-inspired active wing configuration and optimized active undertrim air management. It also features large air vents for improved cooling, a roof air scoop to support the one megawatt of power and an 8250 rpm rev limit, and it is complemented with custom-made Michelin Cup tires, an upgraded rear triplex suspension with carbon bevel springs and active shock absorbers and ride height, combined with upgraded revolutionary Koenigsegg Aircore carbon fiber wheels.

The rumor is spreading that Christian von Koenigsegg recently expressed his plan to add a little diversity to the brand lineup and instead of just offering multi-million dollar supercars, he is looking to add a new model that will only cost six digits so more wealthy sportscar lovers would be able to own one. Manhattan Motorcars of New York City, recognized as one of the most successful luxury and performance automotive dealers in the world, is the new official Koenigsegg dealer for the American northeast. 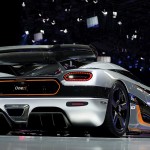 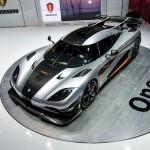 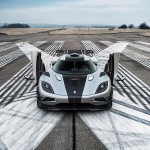 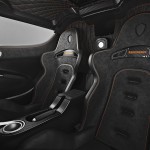 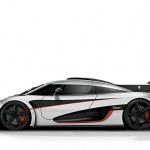 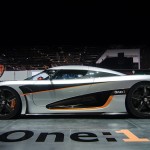