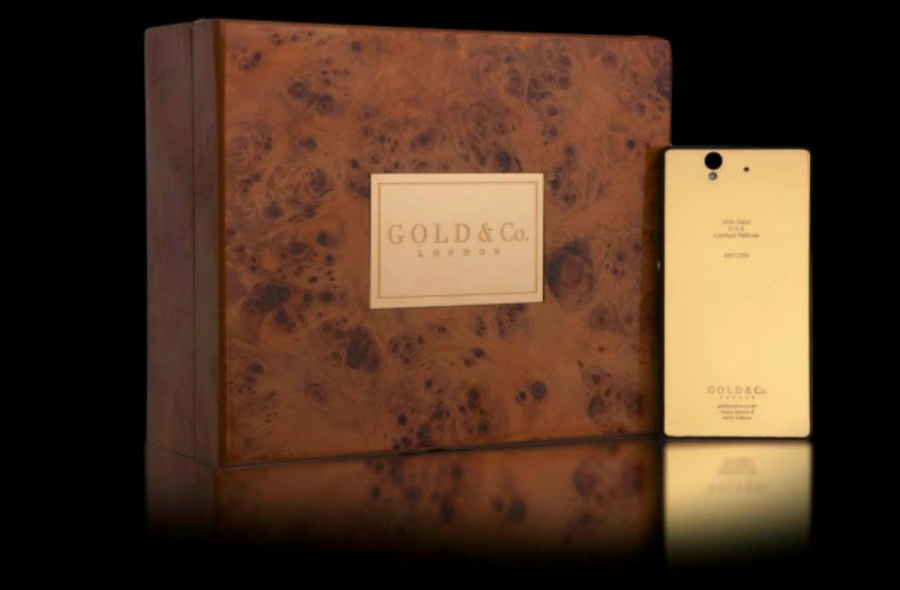 Gold & Co. London have released the world’s first 24 carat gold plated Gold Sony Xperia Z on 25th June in Dubai. Collector’s Palace, located in the world’s largest mall, will be the scene of the launch before the products become available worldwide.

Individuals with a taste for technology and luxury will have the opportunity to combine their needs thanks to the new 24 carat Gold Sony Xperia Z which is to be unveiled by Gold & Co. London.

The unit will be on display at Collector’s Palace in Dubai Mall, the world’s largest shopping mall which is located in the United Arab Emirates. The gold plated phone will be released today June 25th. The Sony Xperia Z represents Gold & Co. London’s first ever Android powered device. These gold-plated phones are limited edition models and are yet another exclusive release from Gold & Co., a company known as an industry leader.

The new 24 carat Gold Sony Xperia Z will initially be launched at Collector’s Palace in Dubai before both items are made available to customers with certified Gold & Co. dealerships such as, Evolve Lifestyle Group India and the G&C London office in Hong Kong among the numerous worldwide outlets. All gold plated Sony Xperia Z models are individually numbered, custom made, contained in luxurious handcrafted wooden boxes and come with a guaranteed certificate of authenticity.

Gold & Co. London are known as the world’s top manufacturer of luxury gold plated producers and is known for its innovation and high quality products such as iPhones, iPads, Blackberry’s and much more. Gold & Co. London are the official supplier to World’s Most Luxurious Hotel, The Burj Al Arab in Dubai, where every room is equipped with a Gold & Co. London 24kt gold iPad. It was the first company in the world to offer the iPad™ 2 & iPad™ 3 in 24 carat gold, as well as the iconic iPhone™ 5 that was launched just 72 hours after Apple had released the original models. The company is constantly expanding with branches in Hong Kong, India, Moscow and most recently Paris, this being just the beginning of their global reach with the main offices located in London and Dubai. As all Gold & Co. products are certified as authentic, it is no surprise to learn that regular customers include Royalty and former Presidents of nations as well as numerous multi-millionaires eager to add an exclusive gold plated piece of technology to their collection.

Amjad Ali, CEO of the Gold & Co. , spoke of his excitement at the release: “The Sony Xperia Z is an extraordinary piece of technology and we are delighted to bring yet another 24 carat gold offering to our loyal customers. Android is the world’s most popular smart phone OS, so it was only natural that we develop an Android offering. As always, we look forward to being the first to bring our clients the best in gold plated technology and we believe the Gold Sony Xperia Z products are among the best.”

For more information, visit the company website at www.goldandco.co.uk 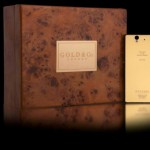