How to Have A Healthy Heart Part 1: Cardio-Energetics 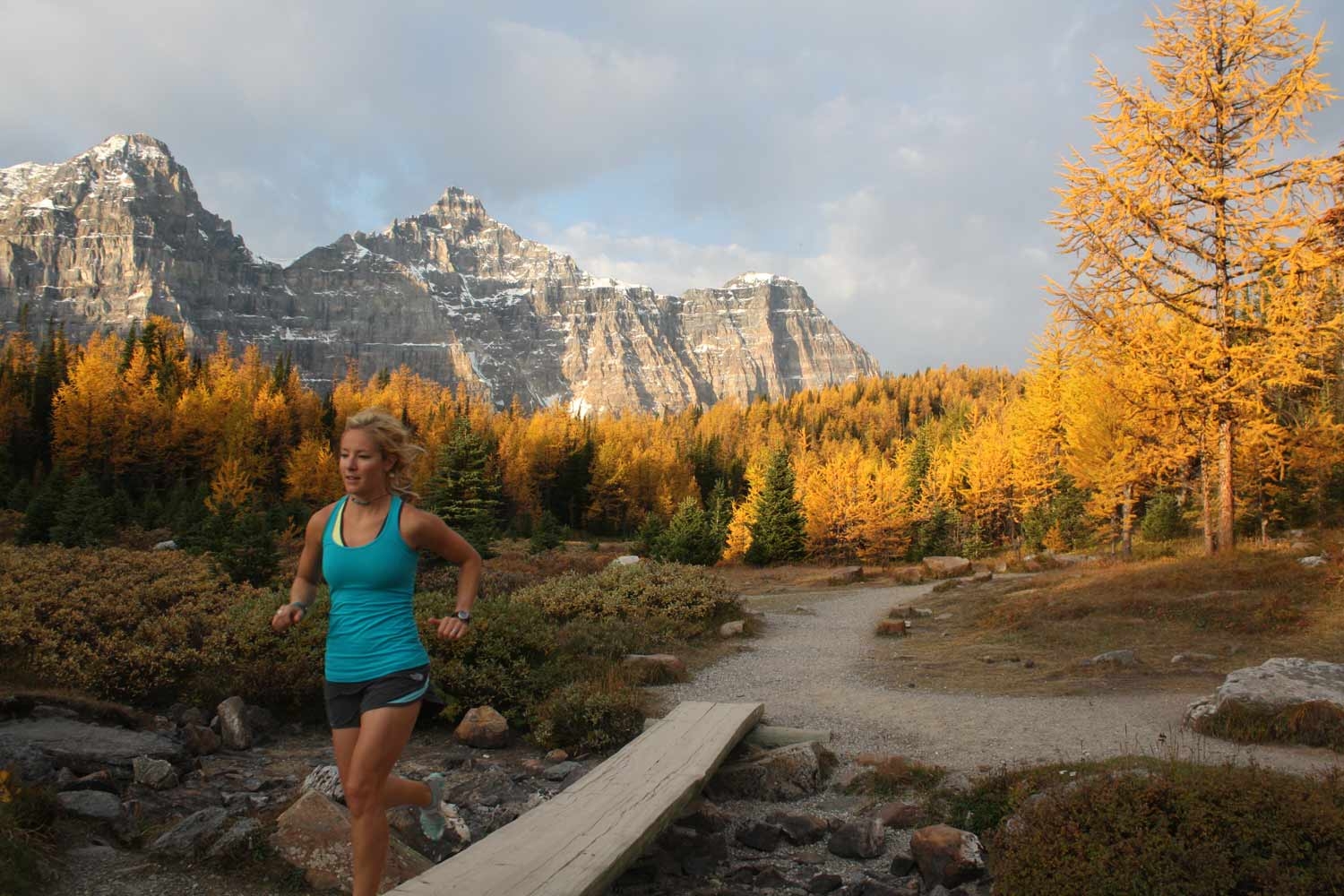 As you are reading this right now, you are sending out electromagnetic pulses from your brain and your heart.

If you are still enough, and just be, you can tune into the heart’s more powerful frequency. This invisible communication reaches far beyond your body at the speed of light, and cardiologists have been studying it in a different way for decades. Cardio-Energetics looks beyond the material of the physical body to the energy and information that creates it, particularly, the heart energy. By honoring the energy of the heart, instead of treating it as just a mechanism that simply pumps blood throughout the body, we can understand how to be healthy and live completely in the rhythm of life.

When we receive a call from someone we were thinking about, or an opportunity suddenly arises, or we sense something has happened to someone, it’s the response from a signal we are picking up on and transmitting. Scientists call this “nonlocality,” which is the explanation for other occurrences such as distance healing, telepathy, and remote viewing. Imagine getting into your jet in New York and stepping out in Hawaii, with no remembrance of the travel time in between. Quantum physics has proven that there is no “travel time.” Everything is everywhere all the time.

The heart is your center. When you press your hands firmly together in front of your heart in prayer position with your forearms almost horizontal, this center can be felt. The heart rules the fourth dimension, which is time. The emotion of joy comes from the heart, because you cannot fall in love with someone unless you can enjoy your time with them, and we know the way we feel determines our interpretation of time and our experience. When we are having fun, time flies. When we’re bored, our experience of time reflects that and drags on. This inherent experience was uniquely felt by a heart transplant patient who said, “My whole sense of time has changed with my new heart. Maybe it’s because of my fear that time was running out, but now I am less concerned about what time it is. I am much more in the now than looking to the future.”

The War between the Brain, the Heart, and the Physical The heart is the most electrical organ in the body. The brain’s frequency range is between 0 and 100 cycles per second (CPS), with most of its activity occurring between 0 and 30 CPS. The heart’s normal frequency is 250 CPS. The brain is actually secondary to the heart, and just like the brain, the heart has two hemispheres. The heart is two pumps side by side, each with its own function. The left side must pump blood much farther than the right, so it is more forceful, harder. Just as the more logical left side of the brain sees in black and white and is concrete in its perception. The right hemisphere of the heart pumps blood to the shorter distance of the lungs, so it is less forceful, more free and emotional, as is the right side of the brain — the softer, imaginative creative side.

It was said by Aristotle that the heart is the seat of the soul. Although we think of the heart as being in our body because of what the brain perceives, the heart and its energy is not in us, it is us. This can be demonstrated by many nonlocal energetic connection studies:

Is this coincidence? Or did these people act out the memory imprints of their donors? There are many other possible explanations for these transferred memories. Dr. Paul Pearsall explains in his book The Heart’s Code, that the heart has its own intelligence, its own mind, and holds cellular memory. Dr. Pearsall has documented similar cases as the above with 140 of his heart transplant patients, and was able to confirm these above reports plus many more, with their relatives.

So knowing that the heart has this memory, this deeper interaction with its environment, the best doctors will offer medical advice that not only includes nutrients to eat like long chain omega-3 fatty acids, hawthorn berry, tomatoes, and magnesium for physical heart health, but also where to eat, how, and with whom for mental heart health.

The Heart of the Family or the Family of the Heart? Dr. E. W. Jensen found family rituals to be extremely important for the healthy development of children. These rituals create a time of energy bonding of hearts. Children eating dinner at the same time and at the same table did not get sick as much as those who did not. Rituals of the heart function from unified group activities that remind us of connection, rather than the monotonous routines that come from the brain, which can act more as protection mechanisms and habits that don’t serve as a meaningful a function.

The Heart and Cancer The heart, which is called the myocardium, is the strongest muscle in the body. It is so strong that it does not seem to weaken with age. When there are emotional disturbances that stem from the heart, the surrounding organs and parts of the body show these signs, and seem to get affected more severely, as in the case of lung cancer and breast cancer. The nature of cancer is metastatic — it spreads. If we know that conditions start energetically before physical symptoms appear in the body, then breast cancer and lung cancer could actually be heart cancer. Looking at it this way is helpful because it points to the main area that needs to be healed, instead of treating the symptoms of the breast and lung and risking a relapse. It is said that heart cancer is extremely rare, but only the physical manifestation of it in the form of a tumor. The energetics of the heart have been telling a different story. When the cells lose their natural rhythm of division, cancer is formed, and what is felt in the heart is conveyed to the immune system. During healing, the heart, in its own wisdom, knows it should be around positive frequencies during any ill condition, so it can “recharge” in a sense, especially with cancer. Chemo and radiation can only damage the important frequencies of the heart. The best hospitals and healing hotels are providing natural healing environments that are magical for reconnecting to heart energy.

Exercise for the Heart From an energetic point of view, exercising the arms, particularly with wide, long, gentle movements like in Tai Chi, energizes the heart. When I told Gina, one of my students who had low circulation, to do these arm movements, she told me she already did, but no one told her to do them. She said every time she felt low in energy or something felt off, she intuitively marched in place waving her arms, and when she did, she felt better. At the American Academy of Neurology and Orthopedic Surgeons Medical Conference, Neuromuscular Specialist Elayn Glena found that the whole audience breathed “up and down” with their stomachs instead of breathing “out and in” with their ribcages. Her presentation showed the key to energizing the heart is by mobilizing the ribcage with deep diaphramatic horizontal breathing. This type of breathing massages the heart.

Is Heart Disease Contagious? A disease is something that can be spread from person to person. Most modern “diseases” are not diseases at all, but are syndromes or conditions. Once the environment, food intake and thoughts of the person are changed, that person will not get that same condition again, and cannot get it from another person, but only if they continue to live a certain way.

As it’s understood in neurocardiology, the heart is a conscious organ with its own endocrine system and nervous system. It synthesizes and releases dopamine and other neurochemicals which were once only thought to exist in the brain. This means a diseased heart may accurately be labeled as a disease, and is more detrimental to the rest of the major systems that extend from this center of intelligence than anyone previously thought.

Hormones and Psychology Play a Role Many of the risk factors we so often hear about like fatty foods, high sodium intake, and lack of exercise are not always the most important factors to be careful of because they’re too general. More than 50 percent of heart attack experiencers have none of these risk factors and those who have some, never have a heart attack. Contrary to what doctors previously thought, high cholesterol is not a very good marker for heart disease, either. Many people who have a heart attack have normal cholesterol levels. The common denominator that these factors may or may not directly cause is blood thickness and inflammation. A blood clot forms where there is arterial inflammation and a heart attack happens. The simple act of grounding or “earthing” naturally thins the blood. When the amino acid homocysteine becomes high, research shows that this is a very strong warning sign. Increased homocysteine levels can be caused by over-acidity and ph level, so reducing highly acidic foods like meat can be very beneficial. Ask your doctor for a blood test to check your homocysteine levels.

The Journal of the American Medical Association (JAMA) did a study with 501 men at an average age of 58 that had heart failure (a weak pumping heart). The three year follow-up of these men, who made no significant changes in lifestyle, found that 171 of them had died. The groups with the highest and lowest estrogen levels were the most at risk.

Actually, it’s the heart disease prevention programs that included psychological remedies that were shown to be effective in reducing the risk of heart attack and even reversing pre-existing heart disease. The most interesting study put out by JAMA regarding heart patients involves the relationship between sexual activity and when the heart attack took place. Out of the 500 men and 500 women interviewed, lack of sexual activity was most common in the days, months and years before they had a heart attack.

There can be common underlying factors for heart disease such as high homocysteine, blood viscosity, rib cage immobilization and lack of sexual activity, but there is no single cause. Every patient must be treated as an individual with consideration to their health history, food intake, environment, hormone levels, psychology, goals, temperament, and circumstance, both physically and energetically. If just one area that makes up our life is left out, how can diagnosis be accurate?

Dr. Pearsall explains that, “Cardio-energetics puts energy cardiology and cardiac psychology together to form a new paradigm of well-being that extends lifestyle change to include spiritual balance and soul awareness.” If there can be an awareness of the partnership between the intelligence of the brain and the intelligence of the heart that already exists, along with the other unseen intelligences that make us what we are, then all parts can naturally do what they’re meant to do. That is increasing clarity and unveiling purpose — purpose that can grow as tireless as every heart beat.