How To Have A Healthy Heart Part 3: Nutrition 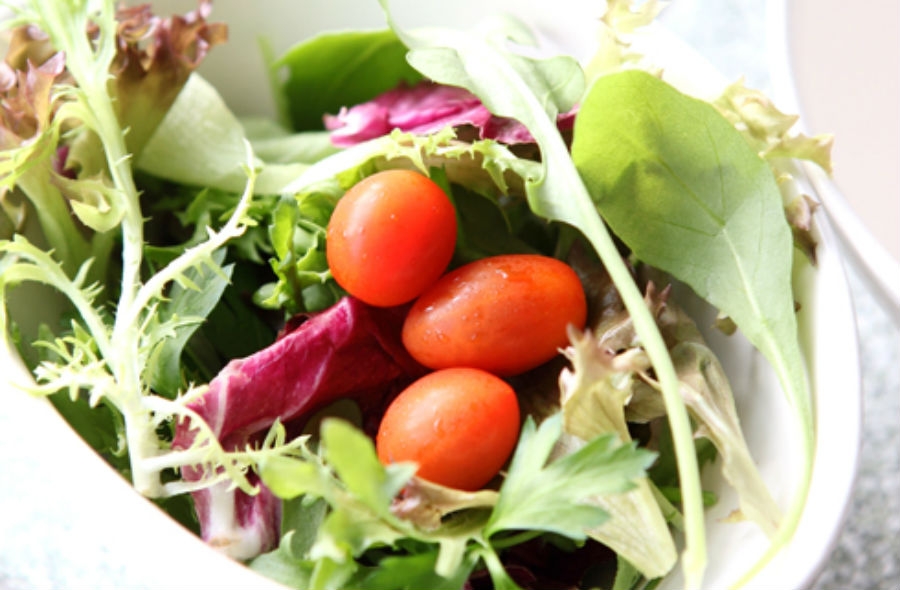 If the heart had a mouth, what would it eat?

What would it want to keep its blood pumping strongly? And to keep its arteries clear of plaque and to maintain its electromagnetic charge? Bioenergetically and biochemically, there are things the heart cannot properly function without.

In ancient civilizations, it was believed that eating the organ of an animal strengthened that same organ of the person eating it. Eating cholesterol from eggs, meats and other so called bad substances does not cause heart disease and heart attacks; plaque buildup does. So how do you avoid plaque buildup? There used to be a cholesterol myth. Thankfully, the myth has been busted for a long time now. This myth was created by overgeneralization and limited knowledge of food, saying that total cholesterol can become too high and clog arteries from eating too much saturated fat. Saturated fat from what, though? And what is too much? Quality of food, whether the food was cooked or it was raw, was never mentioned in this context. When unstable oils are cooked, such as saturated fat in meat, safflower oil, butter, margarine, corn oil and canola oil, they become rancid. Rancid oils are carcinogenic. Trans-fats are just as damaging to the arteries. A trans-fat is an oil that’s gone through the hydrogenation process, causing it to become more dense. Dense oils can clog arteries. They raise LDL levels and triglyceride levels. This unnatural oil is called partially hydrogenated vegetable oil and is commonly found in processed food. So when food packaging says it contains no trans-fat, it may or may not be true; read the ingredients.

There are many different ways to regulate cholesterol naturally, and the proper sources should be consumed in the right amounts, which are different for each person. I know vegans who had to start eating eggs again because their cholesterol was so dangerously low. If you are vegan and don’t want to eat eggs, don’t worry. Coconut oil is a raw saturated fat that helps regulate cholesterol, not because of the cholesterol it contains (which is a minute amount), but because it stimulates the thyroid. Coconut oil is dense compared to other oils, but it’s like this in its raw state, so small amounts are beneficial. Sprouts also supply oils in their natural state. Without sufficient cholesterol, hormones will become imbalanced, and balanced hormones are necessary to help prevent heart disease.

You’re probably thinking the same thing I think when I see an article that’s supposed to contain cutting-edge nutrition information, but names common foods we’ve all heard of. Tomatoes are certainly a common food, but they have an intimate relationship with the heart, well worth mentioning here. Tomatoes are native to South America. The tomatoes that grow in the wild look nothing like the tomatoes we see in health food stores. The tomatoes in stores have been crossbred many times to produce new varieties, and these varieties resemble the heart’s makeup, just as much as the others do, but in a different way. When tomatoes first grow, they are green, the color of the heart chakra. When this bred variety ripens, it turns red, the color of the physical heart. Even when some wild-grown varieties ripen, they stay green. Every variety of tomato has chambers, just like the heart. This means that when two things are structurally and mechanically similar, then the energy of the bonds that hold those things in place must be similar also. A world of chakra magic and sacred geometry is all around us. When we eat a tomato, it’s the closest thing to eating a heart, just like the ancient civilizations did. Tomatoes contain magnesium, lycopene, vitamin A, C, E, K, B6 and B3. B3 (niacin) has been shown to raise HDL levels, while all the other nutrients in tomatoes lower LDL.

Do not take Coenzyme Q10 if you’re healthy and are not taking medications. Just as taking synthetic man-made testosterone shuts off natural production of testosterone, taking isolated and synthetic CoQ10 shuts off the body’s need to make it. Almost all of the body’s cells naturally produce CoQ10, with concentrated amounts being found in the heart. Some claim CoQ10 production declines with age, and it does. But as with any condition, including aging, age is not the culprit, lack of nutrition is, among other things. So eat foods that help keep the body producing CoQ10, instead. The natural form of CoQ10 may need to be taken just to jumpstart the process of the body making it again if levels are really depleted, and damage to the body has been done already, as would be the case if medications are being taken. Chemical medications deplete natural CoQ10 stores, and statin medications especially deplete it. So CoQ10 may need to be taken in this situation, as well, and in higher amounts. Check with your naturopathic doctor or nutritionist.

Magnesium activates over 300 enzymes responsible for basic functions of the body. Magnesium deficiency is serious. It interferes with the ratio of the potassium, sodium and calcium balance all athletes know is necessary to maintain. This balance keeps the muscles functioning properly. Ever heard of restless leg syndrome? What some call a disease is very likely a simple magnesium or potassium deficiency. The magnesium deficiency is made worse when medications are taken. Not surprisingly, they deplete magnesium from the body just as they do CoQ10. Intestinal inflammation such as Crohn’s and IBS prevent magnesium from even getting absorbed, so these factors are important to be aware of and address. Raw chocolate has the highest amounts of magnesium in its natural form. Magnesium citrate is a supplemental form that is the most absorbable. It should be taken with food or a plant-based mineral blend so it’s not being isolated and works synergistically. It has been shown to help with heart spasms, irregular heartbeat, kidney stones (all kinds), muscle cramps, muscle soreness, muscle twitches, fatigue, anxiety, nervousness and insomnia. When combined with other key nutrients, it also helps prevent bone density loss.

It’s been used for irregular heartbeats, heart disease, high blood pressure, high LDL cholesterol, palpitations, chest pains, insomnia and Raynaud’s, which is a condition that limits blood flow to the extremities because of constricted blood vessels. Medical studies have shown hawthorn berry to be safe and effective.

Heart problems are systemic, meaning when one part of the body is affected, all parts of the body must be. The areas that become blocked can cause other areas to be blocked also and it continues to spread. This is why treating a symptom will not do anything, especially with a heart condition. The buildup of arterial plaque and the clumping of red blood cells throughout the body are common symptoms of sluggish circulation, lack of enzymes and not enough live food and water. Even if healthy foods are eaten following a rise in LDL cholesterol, these levels will not decrease so easily. Research that’s come from the most reliable organizations studying the heart conclude that keeping HDL levels high is the most important aspect regarding cholesterol. Not total cholesterol and not even a relatively high LDL level are big red flags if HDL levels are kept high. Why? It’s because high-density lipoproteins (HDL) clean plaque from the arteries. Just as important is to look for biomarkers that show a genetic predisposition to having a heart attack. There is a blood test for lipoprotein A which screens for this type of cholesterol. People who have high levels of lipoprotein A tend to have heart disease, a heart attack and stroke earlier in life, even when they are active and look healthy. If heart disease or heart conditions run in your family, get this lipoprotein A test.

Cirrin dissolves arterial plaque and the effects reach every part of the body, including the heart. Cirrin is unique because it works energetically, so it’s able to get to the root of the problem where other formulas can’t because they work on a strictly chemical level. Cirrin also has a cosmetic effect because of the increase in circulation. This means healthier hair, nails and a younger appearance in skin.

Vegetables make us feel good and give us energy. They are also the color of the heart chakra. That should tell us something. With the popularity of the documentary Fat, Sick and Nearly Dead, juicing is becoming more common than ever. It helps normalize blood thickness, increases alkalinity, and supplies concentrated nutrition without having to digest the fiber.

These vegetables and other heart foods can be ingested, but food is really just energy, or fire. We’re supposed to eat for energy. One of the fundamentals of nutrition, equally important to the quality of food eaten, is how much of that food is absorbed. If a person is stressed, discontent and closed off, then their heart cannot take anything in. The person who is open to receive and enjoys life is the one who feels the best results with any nutritional changes, especially with the heart. The heart can also absorb other energies besides food that is eaten.

Anything that can be absorbed and that gives us energy can be considered food or nutrition. It is necessary to absorb sunlight deeply, and proper absorption activates processes within the body. Those who are sad and depressed often don’t get enough sun exposure, and, therefore, no absorption of it. The sun is on a similar frequency as the heart. It increases serotonin, making us feel joyful. The heart must feel connected, have strong meaningful relationships and feel like it’s a part of something bigger than itself. A sense of family, and keeping our brain somewhat in the background until it’s needed for logical thinking, is helpful for the heart to explore its existence fully. Life, at its center, is infinite.

For more information on how to strengthen the heart,
contact [email protected]