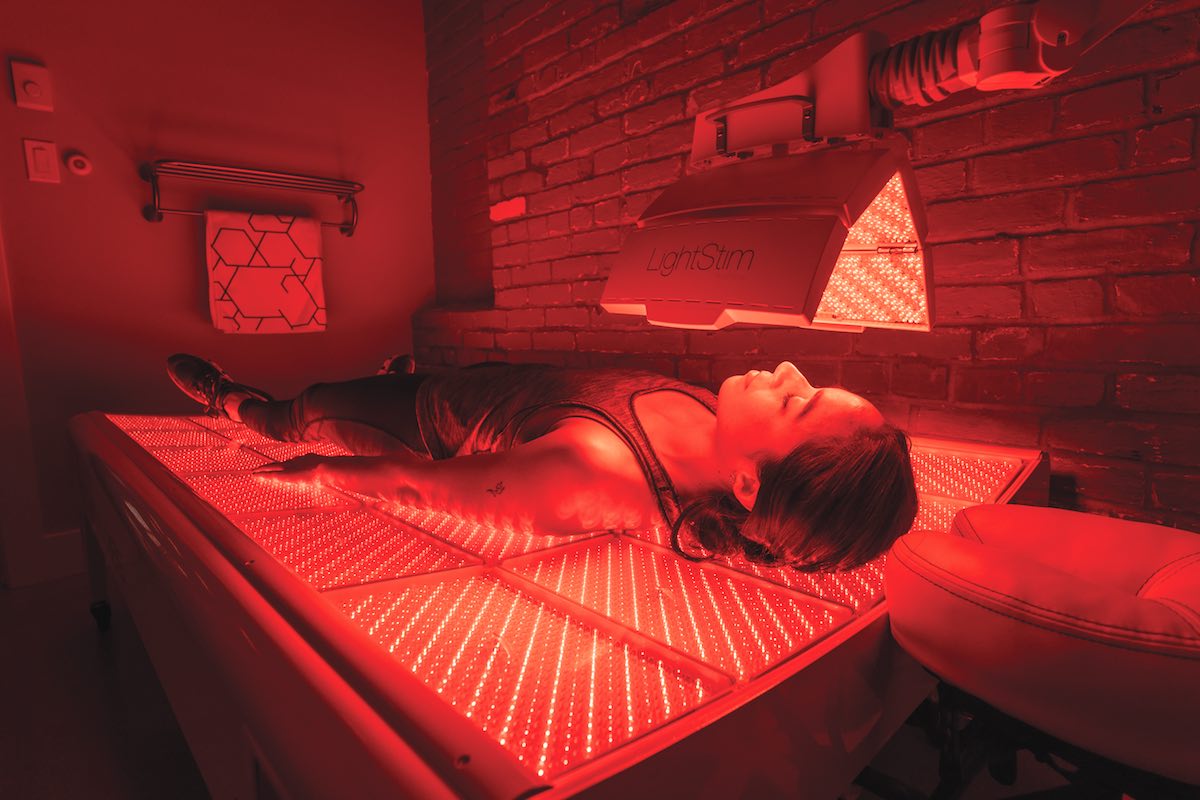 Tech oligarchs are increasingly directing their attention, competitive drive, and considerable capital toward the lofty goal of life extension. It kicked off with Calico, a biotech company founded in 2013, backed by Larry Page and Google with the stated goal of “solving death”. Jeff Bezos and Sergey Brin likewise led the way; now a robust roster of Silicon Valley A-listers routinely fund longevity research. Oracle czar Larry Ellison has donated around $500,000 to anti-aging research. PayPal’s Peter Thiel was an early investor in Unity Biotechnology, which is devising therapeutics to delay aging-related diseases at the cellular level (the company raised $116 million in 2016). Can the tech industry’s obsession with optimization translate to our own biological “operating systems”— extending the human lifespan by decades?

The ultra-high-net-worth set turning 40 in 2028 may reasonably expect to be skiing Aspen’s divine blue diamond runs or playing singles tennis at 100. Silicon Valley billionaires raised on science fiction, emboldened by mass capital, envision a Star Trek future of everlasting quality of life. The masters of the universe as we know it have fallen down a rabbit hole of chasing immortality. In America’s wealthy zip codes, average life expectancy is about 88 years. Average Americans hover at around 66, due to genetics, diet, stress, smoking, pollution, and health care. As the growing cohort of high-profile “health spanners” and “immortalists” sees it, a baby born to affluent parents in 2022 could live to 150. 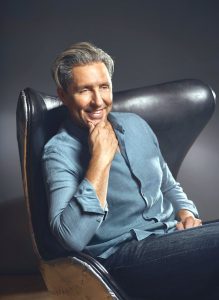 David Asprey, founder of Bulletproof and Upgrade Labs and one of the many tech giants consumed with life extension, famously declared he plans to live to 180. In an exclusive interview with Jetset, Asprey reveals ambitious new expansion plans for Upgrade Labs, what he calls the world’s first “human upgrade center.” Given a tsunami of inquiries regarding franchise opportunities, Asprey estimates over 100 franchises by the end of 2022, with international locations on the horizon. Currently located in Santa Monica and Beverly Hills, Upgrade Labs signed with its first franchise in Philadelphia, opening early 2022.

Scaling biohacking as an available option for global wellness devotees is no small feat. The intrepid maverick remains undaunted, “We all have fantasies of being reborn as superhuman, leaving chronic pain or old injuries behind. Upgrade Labs is here to bring these possibilities to everyone. Like Bulletproof, Upgrade Labs is my plan to upgrade human longevity.” Leveraging new technologies, including AI, the Lab helps members reach peak performance, recovery, and cognition. Seeking stronger immunity, reduced inflammation, increased energy, enhanced longevity, improved sleep quality? Asprey democratizes a trend once exclusively available to celebrities, pro athletes, and Fortune 500 CEOs.

“I’d made 6 million by the age of 26, lost it by 28 as my brain and body were failing, and I weighed 300 pounds,” Asprey muses, like a man who has evolved past dark wounds. “When traditional western medicine didn’t work, I found this incredibly rich ecosystem of innovations that no one thought possible. People didn’t think we could build the cloud, but we did. The rise of Silicon Valley titans who have exponentially more money than the generation of tycoons before us; we may as well fund the extension of life itself.”

Just as the FDA was able to move faster to bring Covid-19 therapies to market, we may reach an era where the FDA approves aging as an indication itself—rather than conditions associated with it, like arthritis and coronary disease. A growing number of geroscience health startups signal a clear shift in thinking; rather than focusing solely on the etiology of individual diseases, gero scientists focus on the largest risk factor of all: human aging. The goal is to hack the process of aging itself, staving off the onset of diseases associated with growing old. 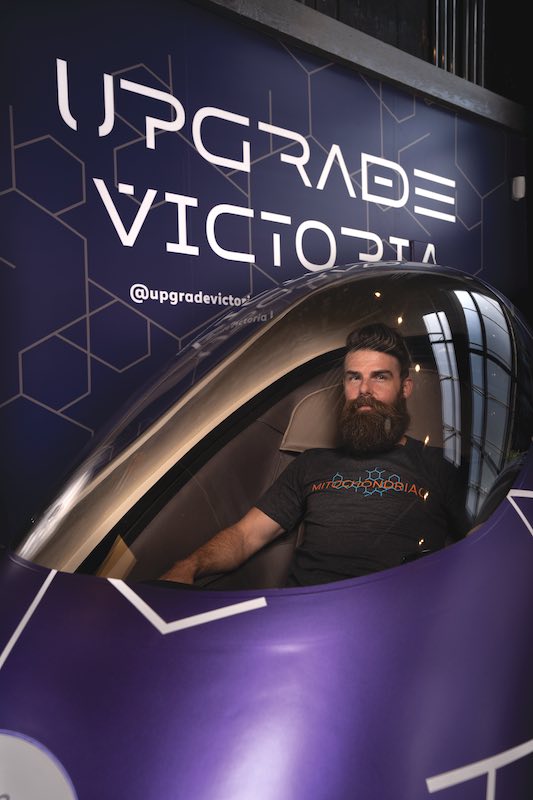 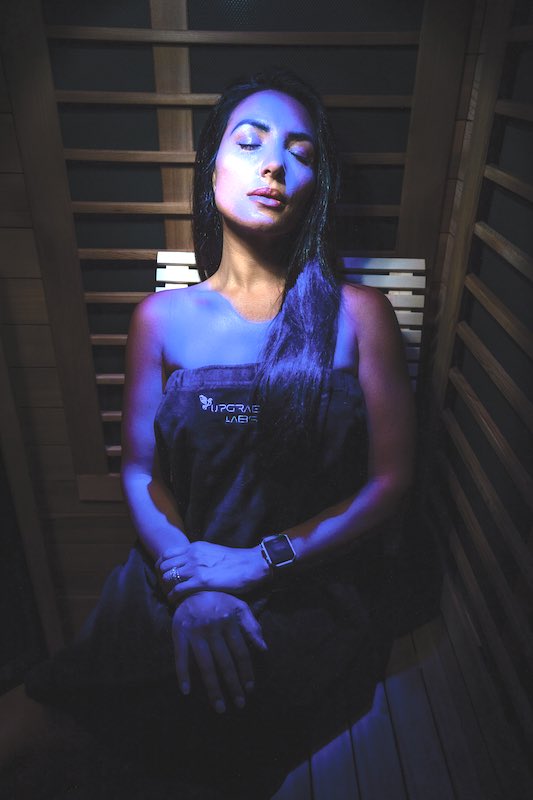 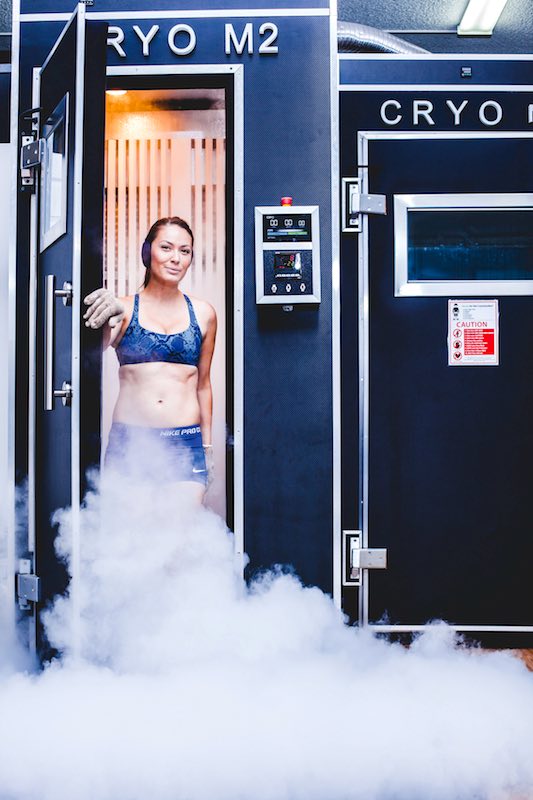 If it were up to BioViva CEO Liz Parrish, the FDA would have a regulatory fast track that would allow doctors to adapt treatments that prove promising in animal models and administer them to informed, consenting patients. The lean, long and radiantly blonde captain of longevity sees no human expiration date. She’s ready to blow our lifespan potential wide open. BioViva’s Advanced Longevity Suite Blood Test gives you the most sophisticated data to make decisions that most benefit your health. Each biomarker is actionable, meaning the test reveals where your body needs attention most—expediting precision medicine, lifestyle interventions, or supplementation.

On a call with Seattle-based Parrish, she runs through gene therapy protocols with savant-like fluency. She’s been bold and brave enough to be “patient zero” in the search for a more meaningful lifespan. “I played my part in history, being part of the first gene therapies,” she reflects on her role in a series of 2015 experimental gene-therapies. “Every willing and informed citizen of this country should have the ability to access anything that could ameliorate or cure their disease if they’re out of standard medical options. What I did gave me hope for my son—I didn’t know if I would live or die at that point—that wasn’t important at the time; what was vital was that we spearhead the technology of the future.”

Humans once died mostly from infectious diseases. Then we developed antibiotics. Now we die mostly from the maladies of aging—cancer, heart disease, Alzheimer’s. Parrish is pushing for new regulatory routes that give terminally or chronically ill patients that don’t have a curative treatment for their disease access to more advanced therapies. “Right now, without changing our pattern, everyone on the planet would continue to die of the same diseases because of how slow the regulatory system works,” Parrish observes. “It’s a risk-averse system, a precautionary system. We need a pro-active system, one that runs alongside the FDA. This new class of biologics is light years ahead of current technologies. The biotechnology space is advancing so quickly; we continue to extend the lifespan of model organisms, but humans can’t yet benefit.” 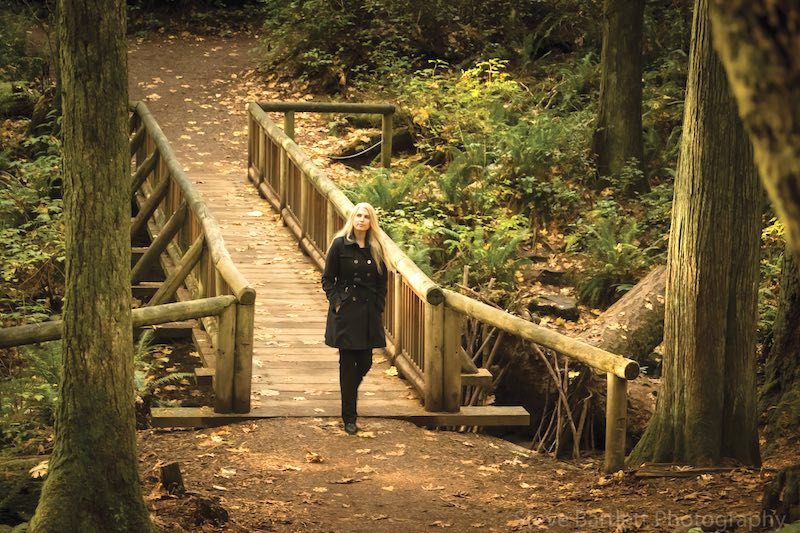 “We’re starting to combine genes now that may have regenerative properties. Genetics will be the door openers for life extension in a much more meaningful way than just having a few more healthy years through lifestyle,” Parrish remarks with an infectious animated sensibility. “I am hoping it will be more collaborative as it’s exciting when big money starts to get involved, like Calico. Our company can do things that larger giants just can’t do. The aim is for the data to all work synergically to build better drug options and therapies for the future. At present, there’s room for everyone in this limitless space.”

We’ve all heard anecdotes of the nouveau biohacking elite who eat one meal a day, or in some cultish circles, one meal a week. For lesser mortals with mortgages and kids, fasting is extremely hard to commit to, hence the huge interest in “calorie-restriction mimetics” like rapamycin—all upside without the downer not-eating part. Enter Dr. Steven Gundry to save the day for the rest of us. Cardiologist, heart surgeon, medical researcher, and author, Dr. Gundry has converted millions to his utterly unique take on optimal human nutrition. Over a 40-year career, he’s performed countless pediatric heart transplants, and developed patented, life-saving medical technology. Speaking exclusively with Jetset, the good doctor elaborates on his philosophy that the digestive system needs key energy sources that may be sorely lacking in the modern American diet. “Disease begins in the gut; curing and treating ‘leaky guts’ has enabled my patients to make a comeback from a host of ailments and chronic conditions,” he explains. 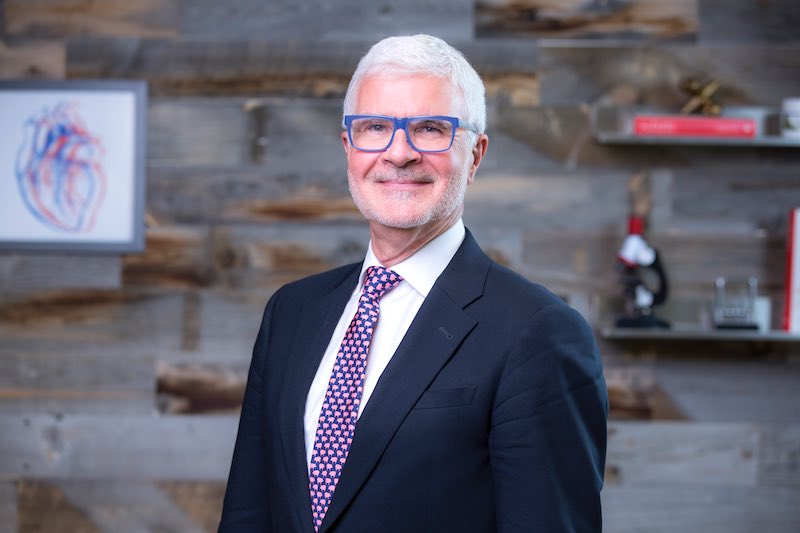 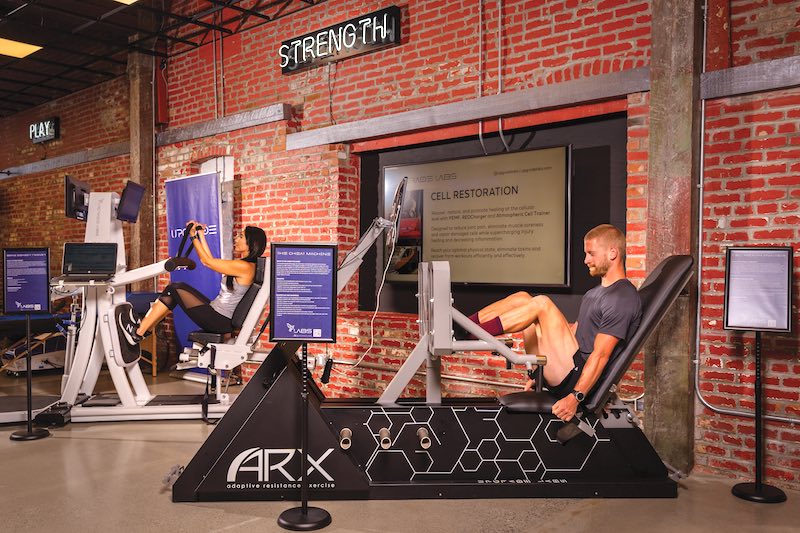 Gundry is the Director and Founder of the International Heart & Lung Institute as well as the Center for Restorative Medicine in Palm Springs and Santa Barbara, California. His private practice at his centers has been a beacon for individuals struggling with physicians too quick to prescribe pharmaceutical band-aids. Gundry developed formulations like Longevity Max, MitoX, and Total Restore in part to allow patients to intervene to improve chronic inflammation before a disease diagnosis. “We focus on mitochondrial health because this makes up the integrity of the wall of the gut, very critical in keeping your body in balance,” he says. Designed to be symbiotic and synergistic with his Bio Complete 3 (a potent blend of premium probiotics, prebiotics, and a revolutionary new compound called postbiotics), his formulations are an arsenal of natural, diet-derived bioactive compounds in symphony with a nano encapsulated of butyrate, known as a “holy grail” microbial metabolite with a vital role in optimal immune function.

In the onslaught of plant-based diets, Gundry has a caveat. “Plants are both friend and enemy, a source of health and, in certain instances, triggers of disease,” he declares. “When major lectin-containing foods were introduced to our diet about 10,000 years ago in the form of grains and beans, our health dramatically changed for the worse.” His Lectin Shield formula of potent compounds eliminates potentially harmful proteins from interfering with your digestion, energy, and overall health. Whether from a financial investment or more personal improvement point of view, the longevity space has never been more ripe and robust.