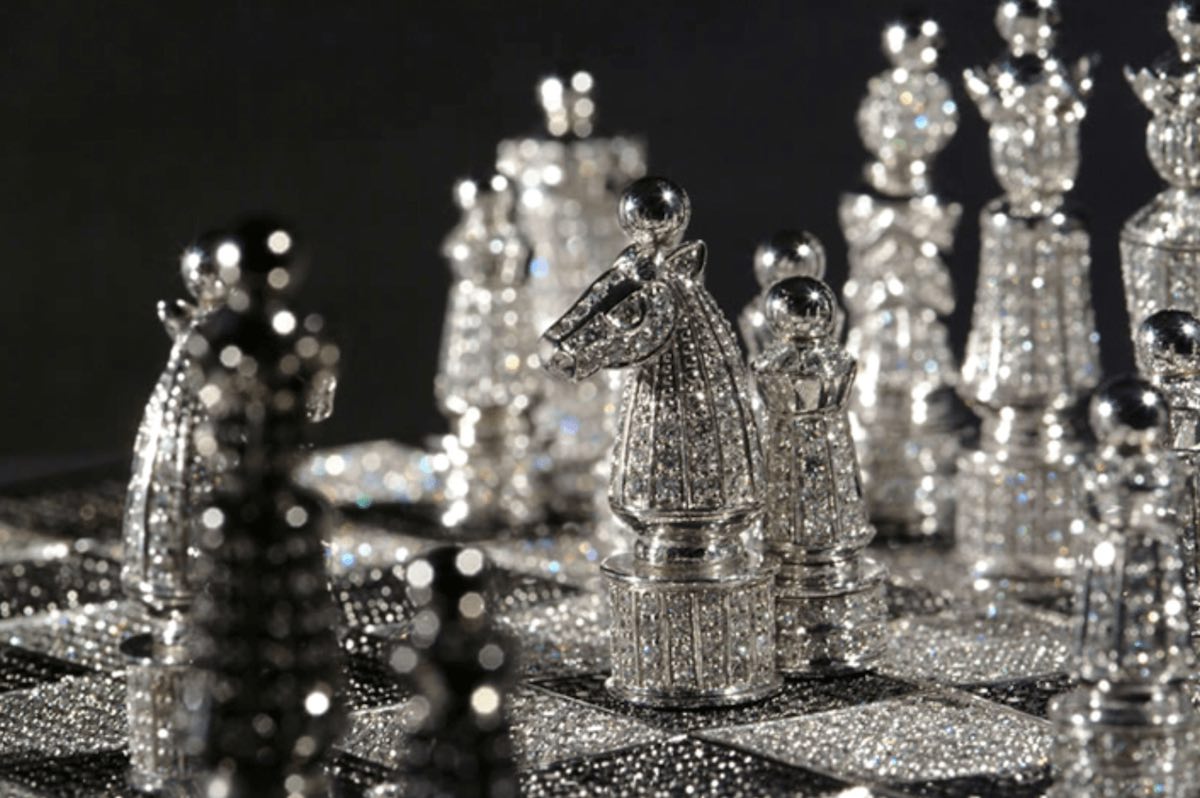 The precise origins of chess are unknown, but most historians agree that an early form of the game, called chaturanga, was invented in India around the 6th century AD during the Gupta Empire. The game featured four players as the divisions of the military: chariotry, elephantry, cavalry, and infantry. Pieces that then developed into the modern rook, bishop, knight, and pawn. The original chaturanga arrived in Persia and then the Arabs brought it to Southern Europe where it evolved. Since the 15th century the game’s rules have been very similar to what is nowadays recognized as the game of chess. 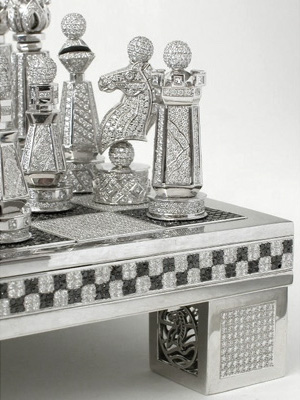 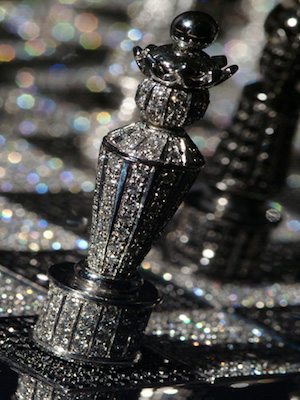 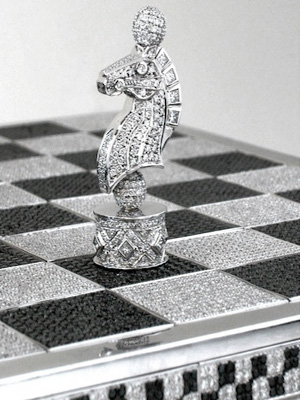 Many claim that this particular game has incredible benefits. Studies show that a good player utilizes both hemispheres of the brain and might be able to improve his mental age by up to 14 years.

Chess brings people together regardless of age, gender, or nationality. But not just any old game board will do for you. Consider one of the following most exquisite options. 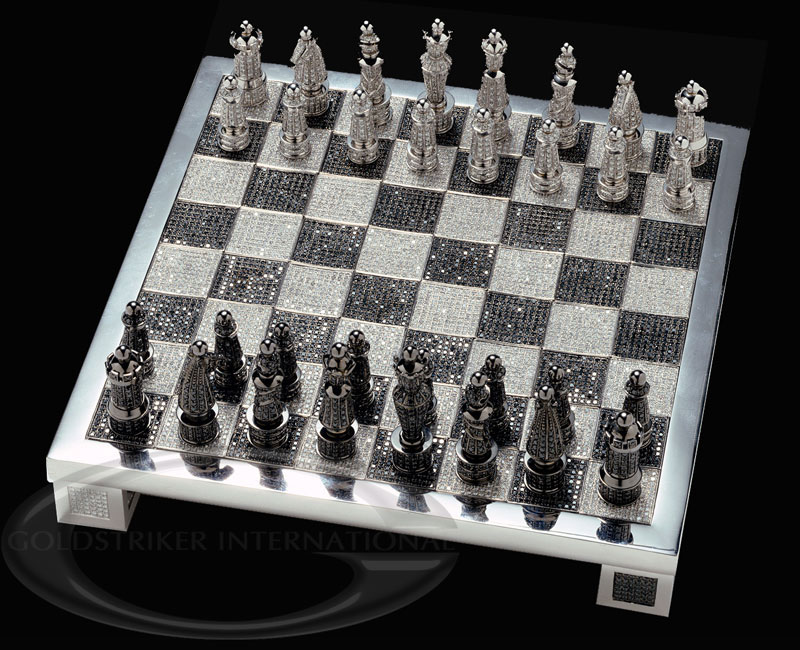 Charles Hollander’s vision combined with the superior talent of French jeweler and artist Bernard Maquin has made games into luxury items. Perhaps the most unique and surely sparkling “toy” is the Royal Diamond Chess Set made of 14-carat white gold and encrusted with 9,900 black and white diamonds with a total weight of 186.09 carats. It took over 4,500 hours to hand-craft this creation which is a perfect combination of functionality, luxury, and artisanship. Its price tag is half a million dollars.

The Art of War Chess Set 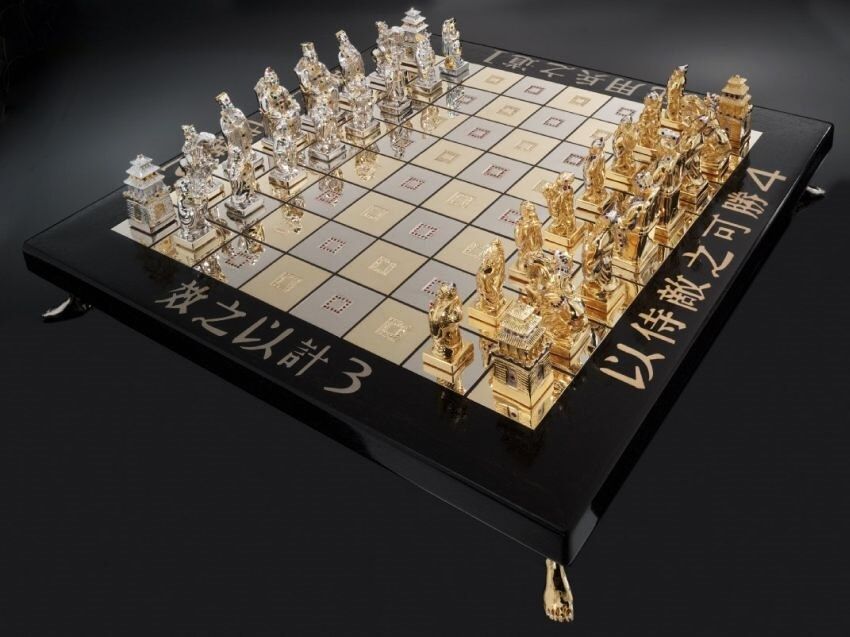 In “The Art of War” Sun Tzu’s most important point is that information matters, and an educated guess is better than a gut decision. Designer Victor F. Scharstein decided to name his set with the title of the ancient military treatise as a reminder for chess players. Two yellow gold feet encrusted with diamonds and two white gold feet with rubies are the pillars to a jeweled ebony board. The Chinese version of the board has on each side words from the book etched out of 14 carat gold. The Asian influenced pieces are made of gold and rhodium, and are decorated with rubies, emeralds, sapphires, and diamonds. 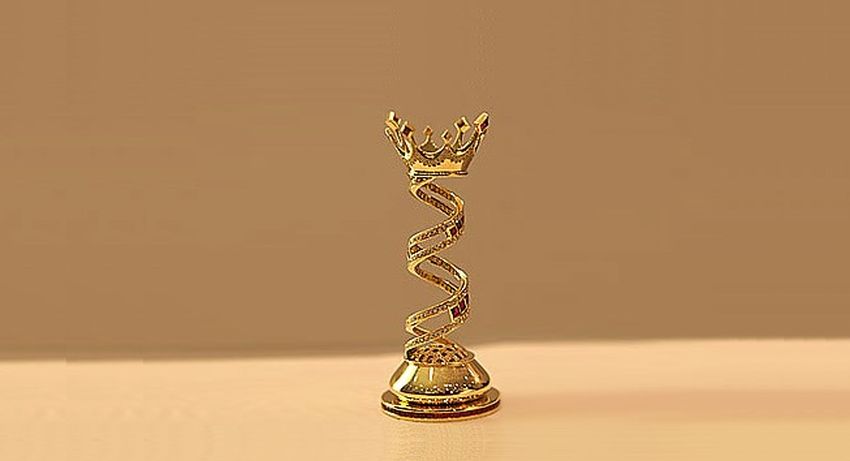 This almost $1.5 million chess set is for sale but the only available piece, made as a proof of concept, is your majesty the king, an 18-carat yellow gold piece decorated with rubies that weighs 165.2 grams. The jewelry design house Boodles partnered with Jewel Royale to create the most glamorous and expensive chess set ever created. It’s made of solid gold and platinum featuring 748 diamonds, 73 rubies, emeralds, 146 sapphires and even black and white pearls which are inlaid in a 16-carat yellow gold ring of diamonds. Besides the knights, the pieces have a gem-studded spiral in the middle giving the feeling of lightness and movement. It’s entirely manufactured in Great Britain and it’ll take four months for the board to be completed and shipped.